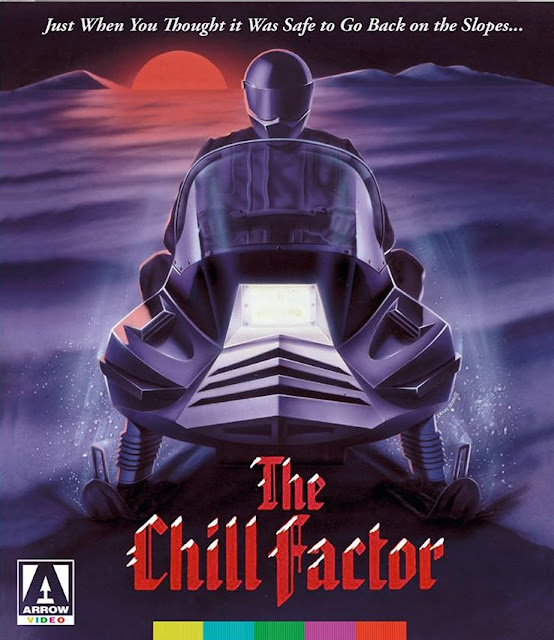 Before we get into the review, you may notice that this review is lacking when it comes to screenshots. There are still some here, as you can tell from the one right below this paragraph, but many are missing altogether. I like to capture many things during a screen capture session, including the film's title card (because many of them are unique) and from the disc's various special features. I do this so that people have a better understanding of what is on the disc and what it looks like.

I was not able to do this with this review. For some reason, the film would go to black while the audio was still playing. This did not happen when I watched the film a few days ago for this review. Also, the program that I use kept crashing, resulting in frustration on my end. Hopefully, this problem will be fixed by my next review. 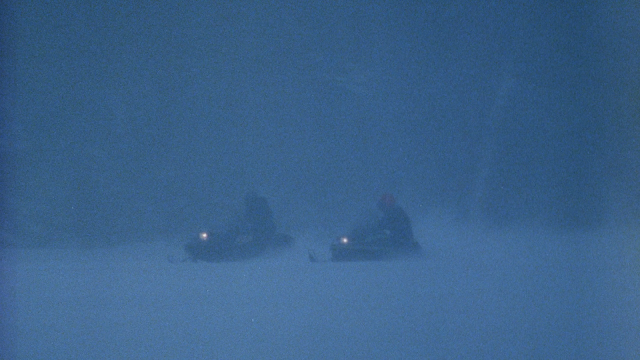 A group of snowmobilers becomes trapped on a lake, and hole up in an abandoned camp. What they don't know is that the camp was once used by a satanic cult for its rituals, and is still infested by demons, who begin to kill off the group.

Oh boy. I don’t really want to do this. I hate crapping on low budget films. I happen to be a big fan of many low budget films. Hell, I grew up on Full Moon Entertainment, Troma, and the many direct-to-video films starring the likes of Lorenzo Lamas and Michael Dudikoff. To me, a low budget film can bring you more than a big budget film can because they have less to lose. I do not get any joy in watching a low budget film that is bad because you know that the people behind it put a lot of effort for little pay and big dreams. That is why it saddens me to say:

THE CHILL FACTOR IS AN AWFUL FILM.

Going into the film, I thought it was going to be a slasher film. The poster features someone riding a snowmobile towards us at what looks like a high speed, with the tagline “Just when you thought it was safe to go back on the slopes” (which doesn’t make any sense as there are no slopes to speak of anywhere in the film. In fact, the characters are just snowmobiling over frozen lakes.) These two things together, coupled with the fact that it is a horror film, made me believe it was a slasher film.

I still wish it were a slasher film.

I guess that you could say that it is a slasher film in that the “killer” disposes of the characters in “slasher-like” ways but I think that it really stretching it. The film is more like your run of the mill possession film than a Friday the 13th type film.

But, I would not blame you if you had no idea what the film was until halfway through because the film does not show any of its horror hands until well into the film. The first third or so of the film is the characters coming to the small town, get drunk at the local tavern, and then leaving so that two of the male characters can race on their snowmobiles. This race is what set into motion the events of the film, but, even then, it takes quite a while before the imitation Ouija board comes out and a demon shows up. This means that we have to spend time with these characters which is something that I really didn’t want to have to do. The characters are poorly written and, unfortunately, they are not acted very well. I honestly don’t think that the actors are all that bad. It is more of the incredibly poor dialogue and stiff direction that brings everything, including the acting, down.

When the horror does start, it is like you are watching another film. By that, I don’t mean that the film all of a sudden becomes better (there have been many films that have done just that, but The Chill Factor is not one of them), but that everything we see has been lifted from other films. Think of any possession film you can and you will have described The Chill Factor. These characters are given so many signs that they should not be there, but they do nothing to quicken their departure. In fact, after the characters save their friend’s life, two of the characters go and have sex, you know, just in case. From the moment these characters arrive at the camp(?), til the time the final two leave to have one of the worst chase scenes I have ever seen, the film becomes a “stranded” type film. If you thought that the first third couldn’t have gotten any more boring then wait until they get to the camp.

Now, with all of the shit that I have flung at this film, is there anything I liked about the film? Yes, there is, even if it isn’t much. I do like horror films, or any film for that matter, that take place in the snow. There is something peaceful about the snow (probably because it brings to memory thoughts of Christmas) that films that take place in the snow get an automatic point from me. Horror films that take place in the snow are even better because it is that peacefulness that the snow brings that is shattered by the events thus in. Kind of the same thinking as Shane Black (Lethal Weapon, The Long Kiss Goodnight) when he sets almost every film he has written and/or directed at Christmas time. The colorful lights, the cheerfulness, the happy time of the year shattered by shootouts, mayhem, and violence.

I also liked the effects. Even though there are not that many of them, the effects here are pretty cool for a film that had a $400,000 budget. I have seen worse effects in films that cost 10x what this one cost to make.

The Chill Factor is a film that I am sure many grew up on, especially those who grew up during the video store days. The film is an easy sell and would attract many horror fans looking for the next thrill. It is sad that the film turned out so bad. The acting is wooden, the direction is questionable throughout, and the look of the film is bad. How are you going to have one of the most reflective surfaces on the planet and then not use it to your advantage? The Chill Factor is a boring slog of a film that offers not one scare and very little gore. Skip this one. 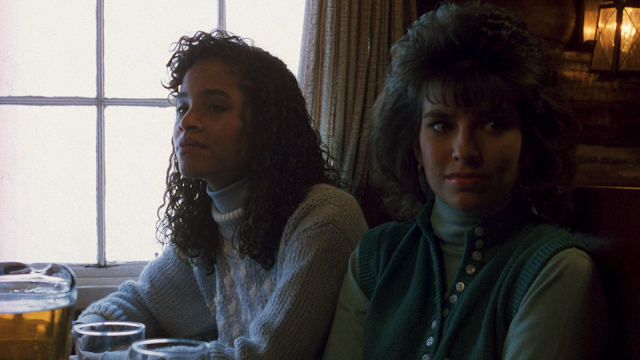 Featuring a brand new 2K restoration and presented in an aspect ratio of 1.78:1, The Chill Factor looks about as good as it can. Everything looks ok with skin tones looking ok, colors looking ok, and detail looking good. There is a layer of grain here that brings out a film like quality to it. As much as I think Arrow really tried with this one, I just think that the film is ugly and underlit in the first place. Arrow could do nothing to make this thing look any better.

The sound, in the form of an LPCM track, is good. The dialogue is clear, as it the film’s score. Effects can be muted at times, but that has to be the film and not the track.

Arrow Video sent me a review copy of The Chill Factor and therefore I can not review the packaging. That being said, the blu-ray will feature a reversible cover as well as a booklet with an essay about the film and information about the transfer. 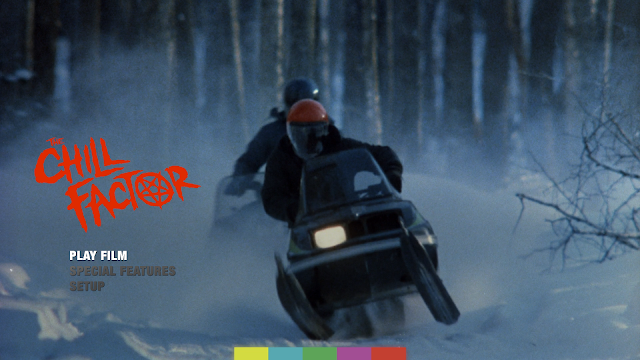 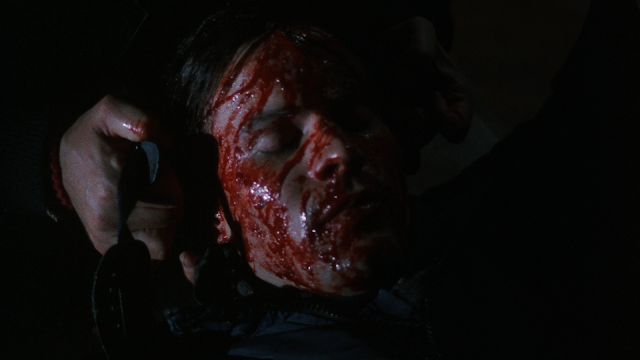 The Chill Factor is the type of film that I would have rented at my local mom and pop shop and would have returned it angry. The film is dull, boring, and worst of all: pointless. I understand that everyone involved wanted to make the best film they could, but they should have looked at the script and decided to do something different. At least with Trapped Alive, the company’s previous film, there was some pretty good gore effects and interesting lighting to give it a bigger look. Here, it feels like the filmmakers just wanted to get it over with and didn’t really care what it looked or felt like. I can not recommend this film to anyone outside of die-hard horror fans. The blu-ray is pretty good though with fans eating it up.