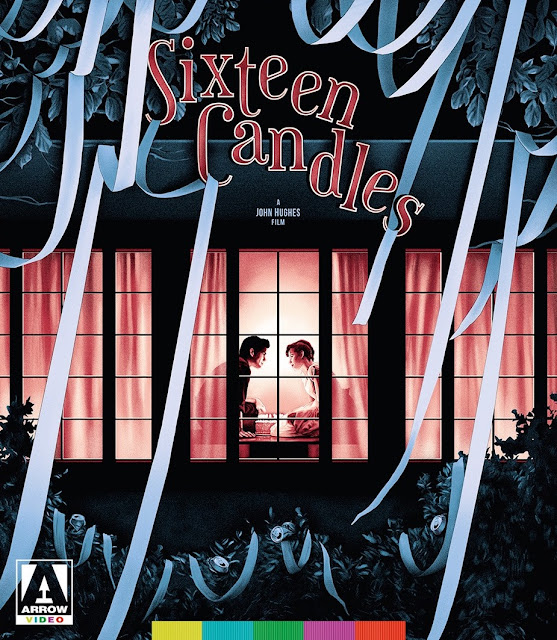 Arrow Video brings this 80's John Hughes Classic to blu-ray with a brand new 4K remaster along with a ton of extra features. 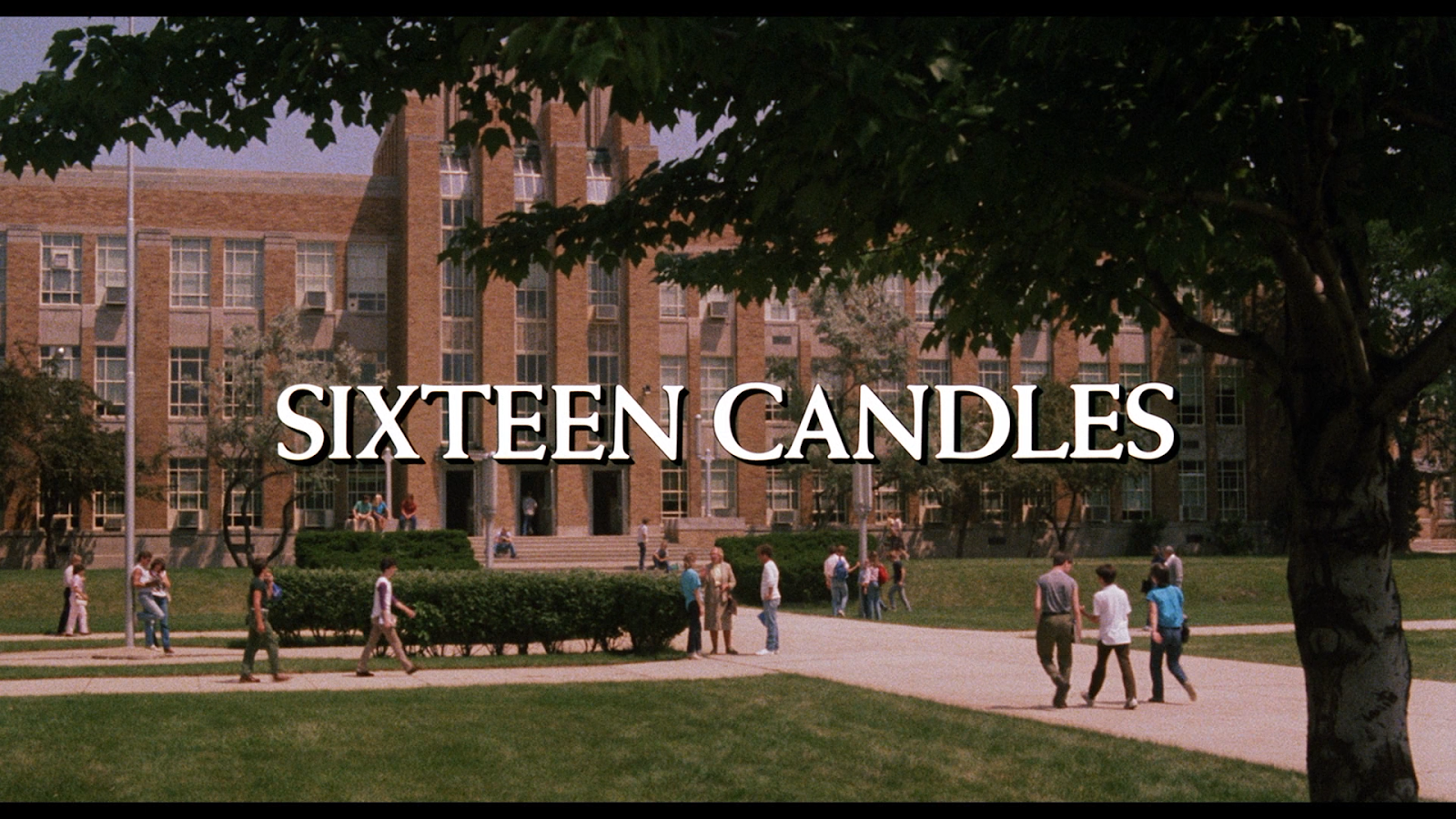 Samantha's life is going downhill fast. The sixteen-year-old has a crush on the most popular boy in school, and the geekiest boy in school has a crush on her. Her sister's getting married, and with all the excitement the rest of her family forgets her birthday! Add all this to a pair of horrendously embarrassing grandparents, a foreign exchange student named Long Duk Dong, and we have the makings of a hilarious journey into young womanhood.

I am not a big fan of John Hughes. I never was. I always found his films, especially his teen comedies, to be filled with uncomfortable white people. Even if these characters are trying to be cool, they just come off as jackasses. Not all of his characters are like this, but most of them are. Thank God that SIXTEEN CANDLES has a star-making performance from Molly Ringwald, who brings an innocence to the role. Outside of her character, though, I hated everyone else in this film. The Anthony Michael Hall character is one of the most rapey characters I have ever seen that he puts the rapists in Last House on the Left to shame. He spends most of the film trying to get his way with Molly Ringwald, always touching her or trying to mount her. It is an incredibly uncomfortable character that I can not root for at all, and yet he is one of the main characters. Now, there are some sweet scenes in the film between Ringwald and the parents. I liked these scenes, and wish that there were more of them. Instead, we are taken to one of the unfunniest school parties in the history of film.

Also, there is the character of Long Duk Dong which is just racist. It doesn’t help that there are no other people of color in the film other than Long, not that it would have made any difference. I know that people will say that it was a product of its time, but fuck that. I grew up in the suburbs of Chicago and never ran into racism like this. Later on in life, yes, but growing up? No.

SIXTEEN CANDLES is a film that has some really great scenes but they are surrounded by so much bad that it is hard to like. Molly Ringwald is great in the film, but all the other characters are a waste of clearly talented people. Hughes would go to have great success with his teen comedies, but his directorial debut is a swing and a miss for so many reasons. This is one of the worst teen comedies I have seen and I recommend skipping this one. 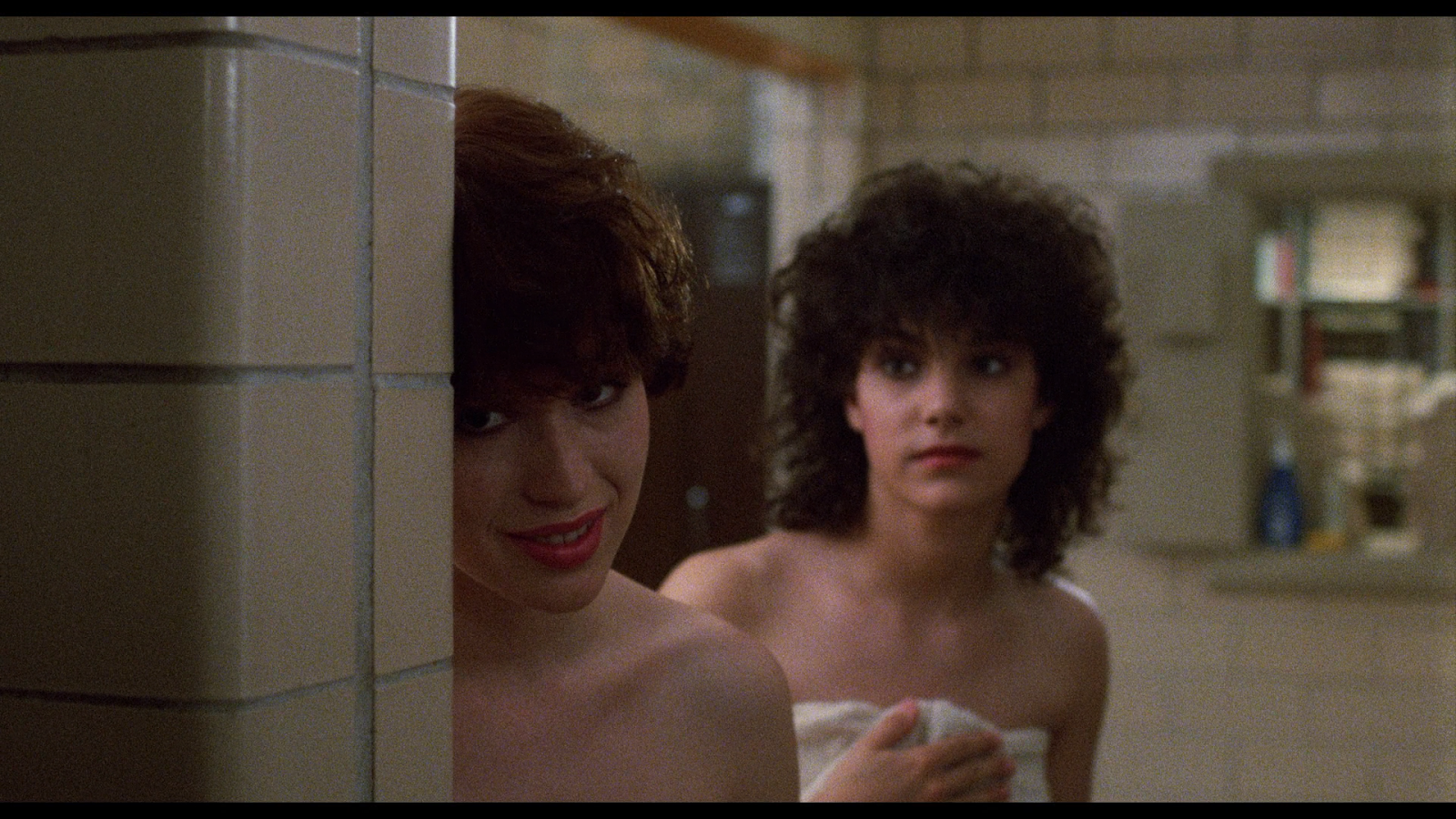 Featuring a brand new 4K restoration, and presented in the film’s original aspect ratio of 1.85:1, SIXTEEN CANDLES looks great. Film grain is present and gives us some great detail. Color looks natural and blacks are inky. The picture is very film-like and beautiful.

There are three sound choices: the original mono, a 5.1 mix, and the original home video soundtrack which replaces many songs due to copyright issues. I checked out all three and they all sound great. The original mono is the way to go, though, but the home video track is interesting as a curiosity.


I am not able to review the packaging as I was sent a review copy, but I can tell you it will have a reversible cover and booklet with an essay and tech info.

Two Versions of the film 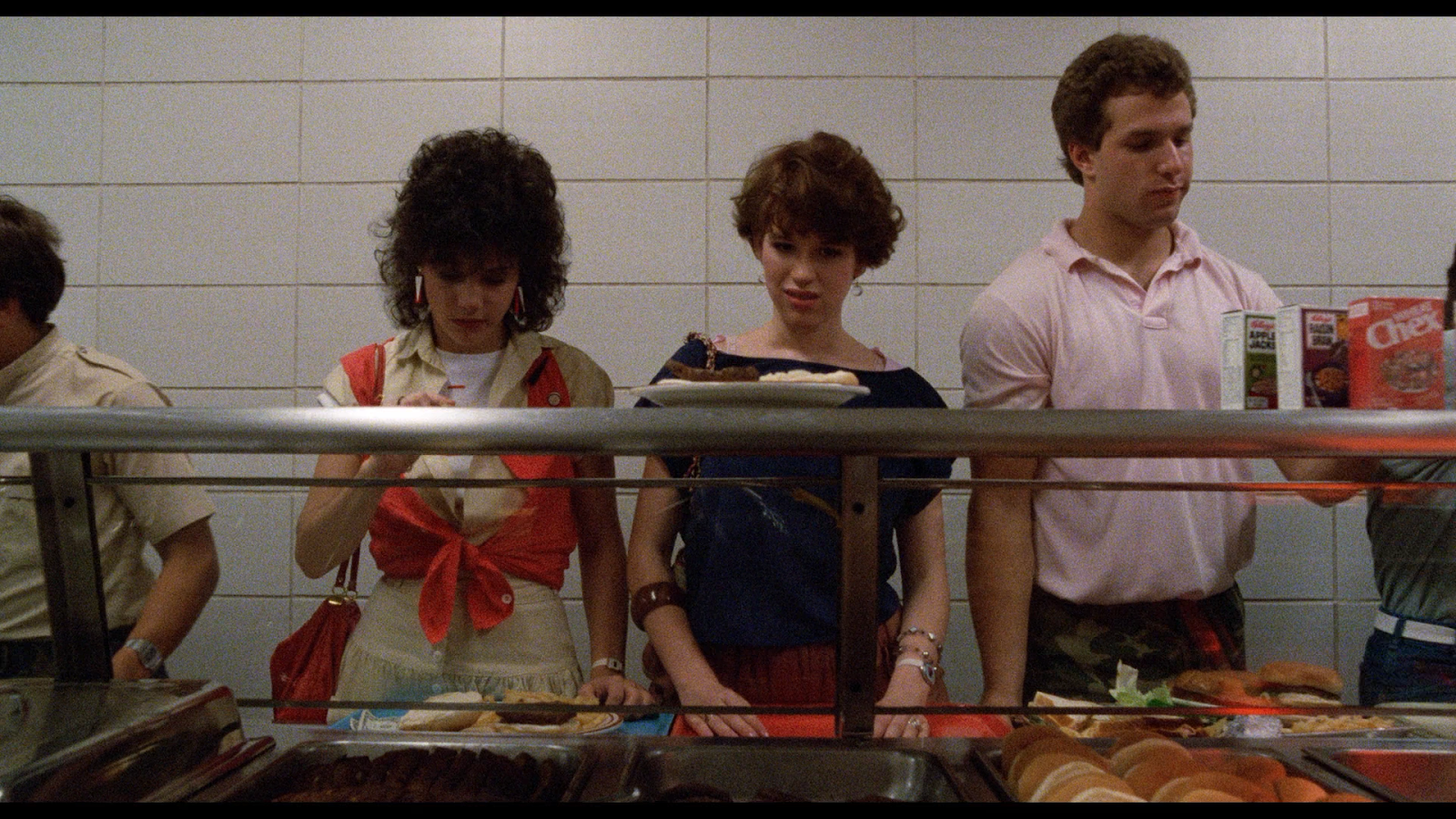 Additional Scene (1m 28s, HD) You can watch the scene that can be found only in the Extended Version here all by itself. 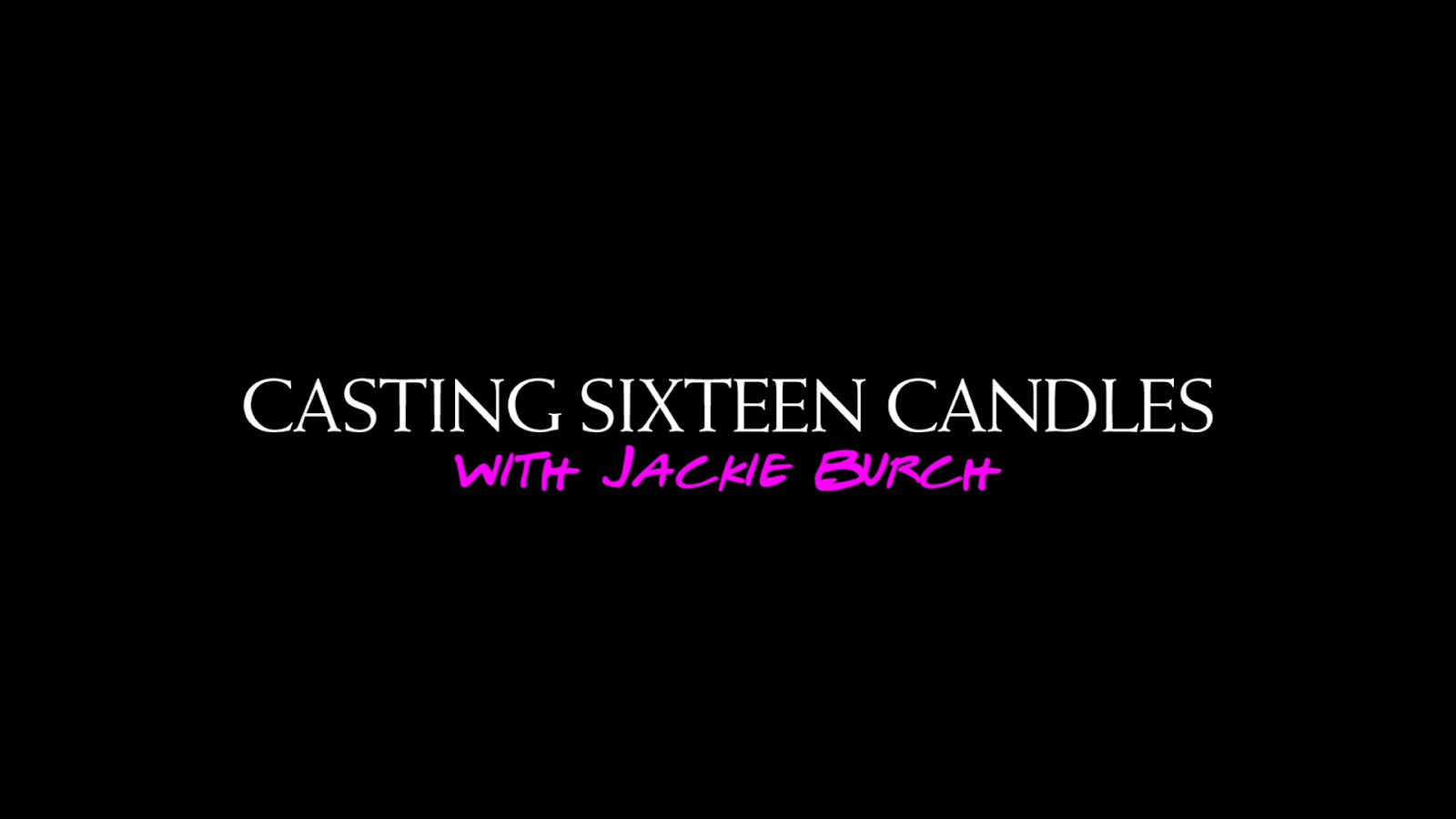 Casting Sixteen Candles with Jackie Burch (9m 6s, HD) Here we have an all new interview with casting director Jackie Birch, explaining how the film’s ensemble cast was assembled.

Rudy the Bohunk with John Kapelos (6m 26s, HD) Actor John Kapelos sits down to talk about his experience playing Rudy in this brand new interview.

The New Wave Nerd with Adam Rifkin (8m 19s, HD) Filmmaker Adam Rifkin sits down to talk about his experience being a featured extra as well as his learning about filmmaking from shadowing director John Hughes on the set.

A Very Eighties Fairytale by Soraya Roberts (17m 21s, HD) Here we have a new visual essay about Sixteen Candles from a contemporary feminist perspective.

This release also comes with the shooting script as a pdf that can be accessed by placing this blu-ray in a PC blu-ray drive. SIXTEEN CANDLES is a film that has not aged well. It is just an uncomfortable watch from start to finish. Arrow Video has given the film the royal treatment with two versions of the film, a number of really great interviews, and the film’s script as a pdf (something I wish more companies would do) while giving the picture and the sound the attention they deserve. Fans will love this edition.