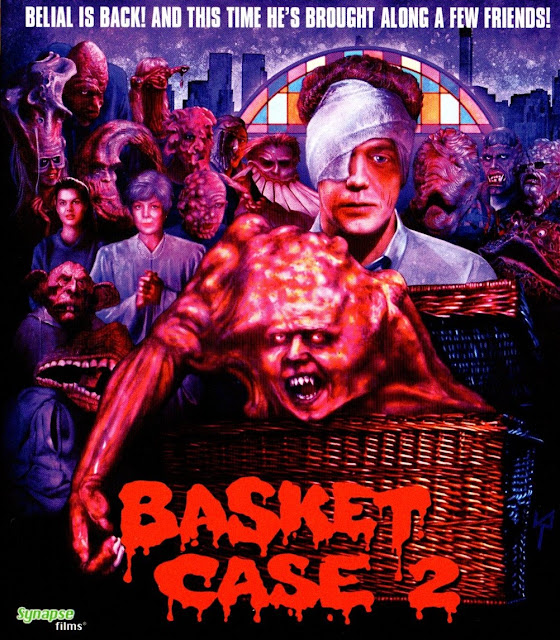 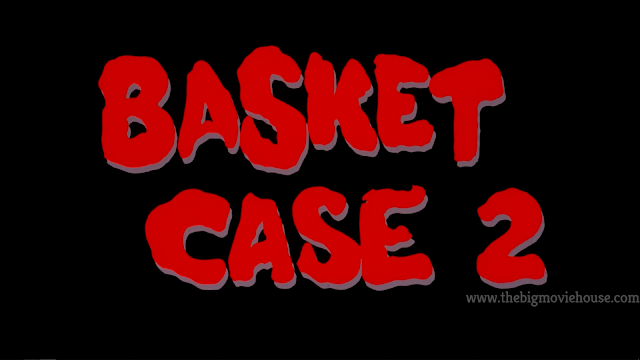 Frank Henenlotter's BASKET CASE 2 picks up right where the original BASKET CASE leaves off. After surviving the fall from their hotel room window, Duane Bradley and his misshapen, basket-dwelling brother Belial are taken to the city hospital. By now, their attempt at leading a secret life is blown, and the pair have become media darlings across the country. Meanwhile, Duane's long-lost Aunt learns of their situation and, along with her pregnant daughter Susan, helps them escape from the confines of the hospital and the eye of the press. Duane and Belial's aunt, known as Granny Ruth, takes them under her wing at her mansion, which serves as a safe haven for hideously deformed freaks of all shapes and sizes. Unfortunately, the whereabouts of this dynamic duo don't remain secret for too long, and Duane and Belial team up with Susan, Granny Ruth, and her houseful of mutants to devise a plan to do away with the exploitative reporters once and for all.


Basket Case was a bolt of lightning to me. I watched the film for the first time in 2018 and was mad at myself for not watching it earlier. The film is pure exploitation, not really belonging to any genre. It is a film that doesn’t really care about the sensitivities of any audience members that have come across the film and it is better for it.

Basket Case 2, coming seven years after the original, doesn’t try to capture the same feel of the first film. There are two reasons for this:

1. It would have been a mistake to even try to capture the magic of the first film had
because it wouldn't have worked.

Instead of trying to capture the magic of the first, Basket Case 2 goes even in an even weirder direction and creates a whole universe of sorts for these characters to live in. It turns out that Belial isn’t the only “freak” and is taken, along with his brother, into a community populated by those who are seen as “freaks” by the ignorant. Of course, there are people who have a problem with this and will do anything to stop rid the world of them.

I like Basket Case 2. I like the fact that director Frank Henenlotter doesn’t try to remake the first film, but gives the first film a logical extension. The film tries to stay within its own exploitation guidelines with a surprising amount of ease. The film is brighter than the first film, both in tone and look, but the film does get pretty dark in places. There is a fair amount of graphic violence and the humor is always off color. How could this be a Frank Henelotter film and not be offensive off the wall?

The effects, from Gabe Bartolos, are really well done. Each of the “freaks” has their own distinctive look and personality. The gore effects are also really well done as well.

Basket Case 2 is not the sequel that fans wanted, but it is something different and it works here. We still get the same humor and gore, but we also get a lot of characters and a new setting. The film is funny although it isn’t scary like the first was at times. I had fun watching Basket Case 2 and fans of the first film should give this one a shot. 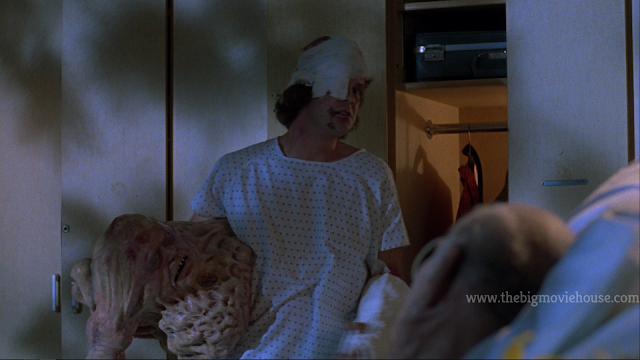 Featuring a transfer from the film’s original camera negative, Basket Case 2 looks very nice. Detail is high especially in close-ups. Colors can be striking at times especially during some of the darker scenes (the sex scene at the end of the film is quite colorful). Blacks are deep as well. There is a scene or two where there are some scratches and hairs, otherwise, the print is clean and nice.

The DTS-HD Master Audio track is nice as well. Dialogue is crisp and clean and the film’s score comes through nicely.

Basket Case 2 comes to us courtesy of Synapse Films. 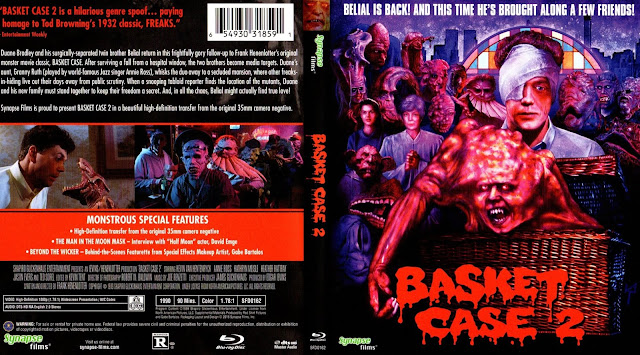 The front cover features some pretty nice artwork that gives us the gist of what the film is about and what characters are in it. 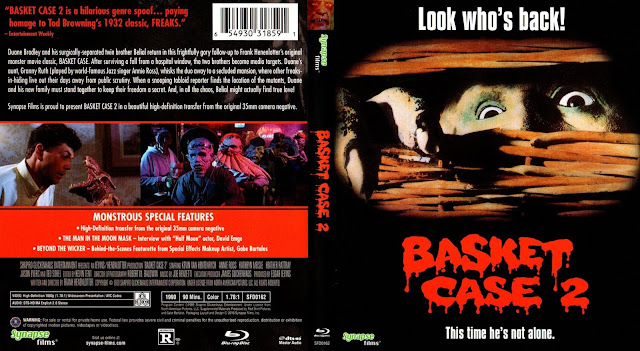 Synapse has provided us with reverse artwork if you are so inclined to use it. I decided to us it even though I like the newer artwork. It is always nice to have a film’s original theatrical artwork and more companies need to jump on this bandwagon. 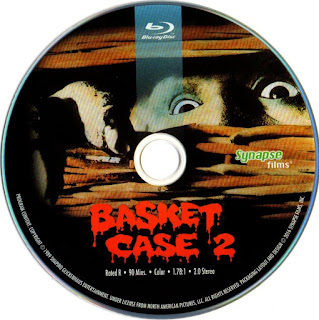 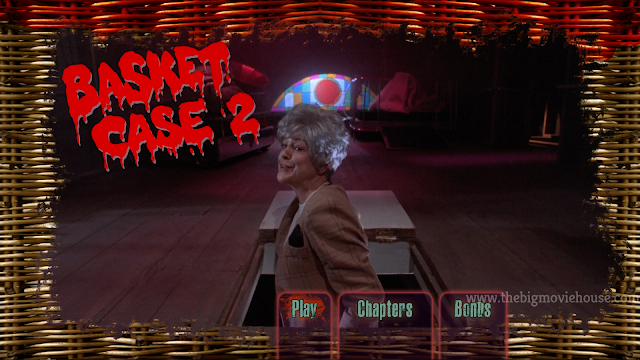 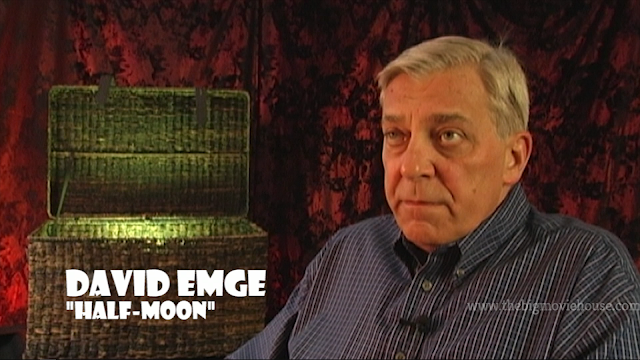 The Man in the Moon Mask (6m 19s, HD) This a new interview with actor David Emge, who plays Moonface. Emge talks about what he brought to the character as well what he was allowed and what he wasn’t allowed to do with the character. He also talks highly of the make-up people as well as director Frank Henenlotter. 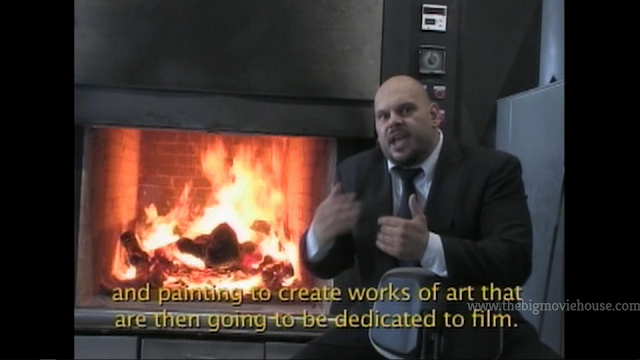 Beyond the Wicker (22m 34s, SD, 1.33:1)) Make-up effects artist Gabe Bartalos hosts a look back at the effects used in the film. His host segments take place in front of an oven used in a crematorium. The other footage comes in the form of fly on the wall footage shot during the making of the film. Some great looks at how the makeup was made are found here.

No trailer or any type of promotional material is to be found on the disc. 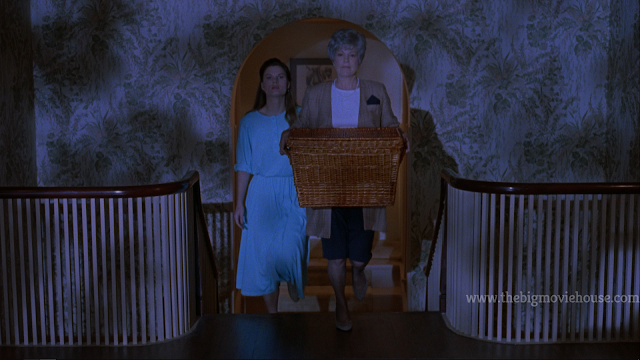 Basket Case 2 is a good time. It doesn’t feel like the first film, but that is a good thing in this case. We still get the blood and guts of the first film as well as some great new characters. The blu-ray is a nice addition to any fan’s collection and gives us the film in the best form it has ever had. 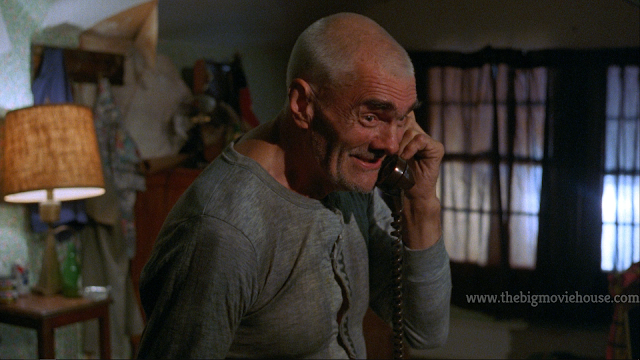 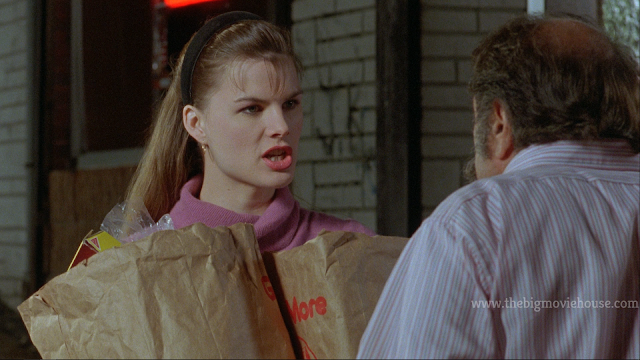 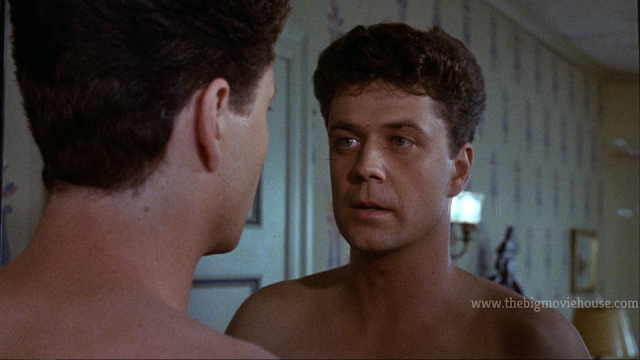 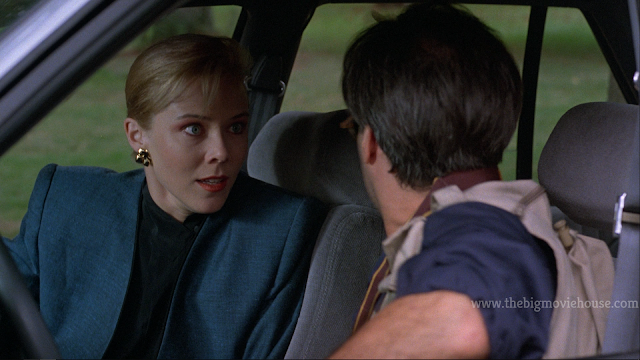 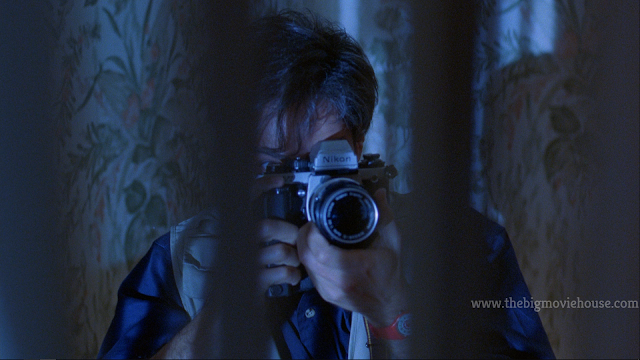 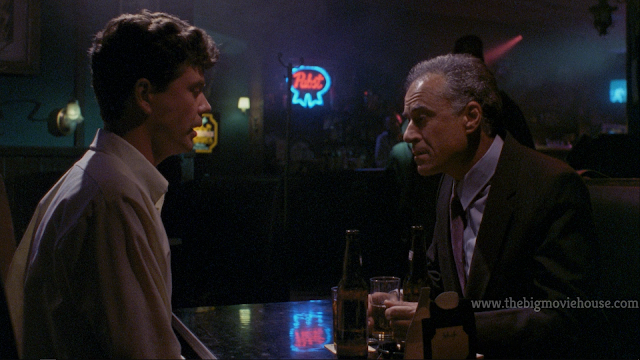 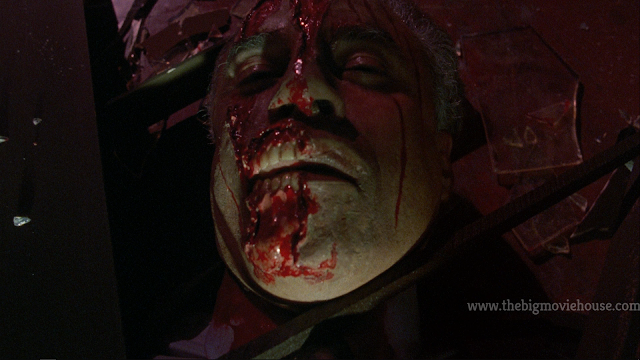 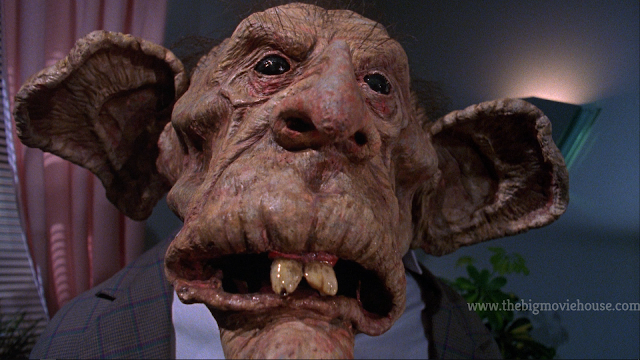 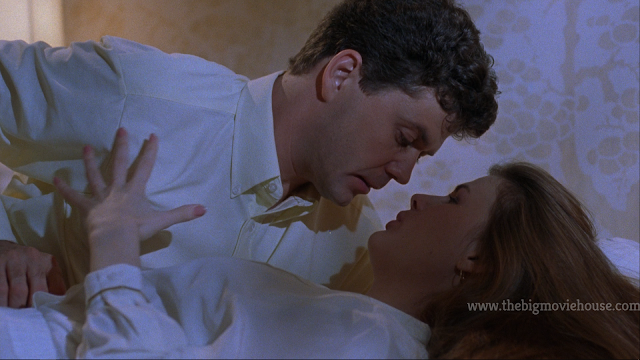