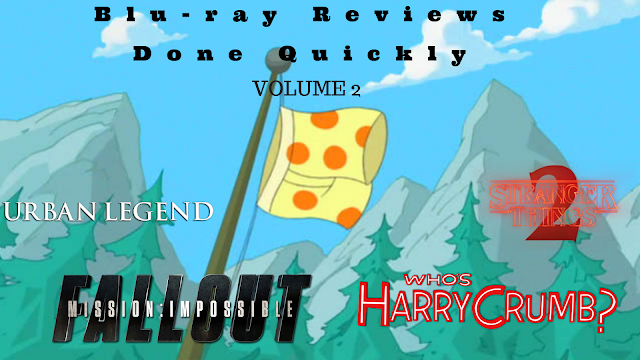 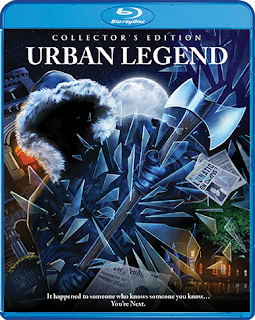 Like what happened with Friday the 13th all the way back in 1980, Scream brought on a new wave of slasher films. While not as numerous or good as the wave in the early 80’s, we still got a number of films that are fondly remembered today: I Know What You Did Last Summer and its sequel, Cherry Falls, Dead Man’s Curve, and even sequels to waining franchises like Child’s Play (Bride of Chucky) and Halloween (Halloween H20) all were released around this time. One film that gets a little less love than the others is 1998’s Urban Legend.

A killer stalks a college campus and kills its students using urban legends. That is how quick it is to summarize this film. That isn’t necessarily a bad thing, many good films can be summed up in just as many words. The problem that I have with Urban Legend is that it is just so bland. The characters are unlikeable, the writing is boring and lazy, and the acting, while good at times, is mostly bad as well. The only thing that saves this film from being totally forgettable is the direction from Jamie Blanks. This is Blanks first film and you would never guess just by watching the film. Here is a director who has a confidence many, more experienced directors lack. Blanks adds a lot of effort to this snoozer of a script and makes the film better than it would have been with another director. Blanks uses the camera to give us shots we have never seen before and to make the kills and the scenes leading up to the kills kind of exciting. If only he was given a better script and actors who gave a damn. Ultimately, Urban Legend is not a film that you are going to be remembering any time soon.

The blu-ray, from Scream Factory, is pretty nice. The picture is taken from an older master, but it is a good master so the picture doesn’t look awful. The sound is really good and is one of the standouts of this set. The surrounds get a nice workout here with both the scary scenes and the music getting a nice boost. The special features package, which Scream Factory is really good at getting right, is great here. There are two commentary tracks, some legacy features carried over from the 2008 blu-ray, but the showstopper here is the two and a half hour making of that covers any, and every, thing about this film. For fans, this is a dream set. 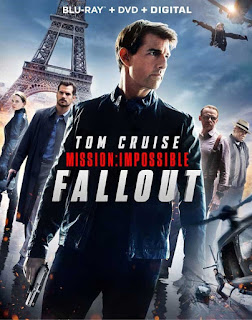 The Mission: Impossible franchise start all the way back in 1996 with the Brian DePalma directed Mission: Impossible. Ever since then the series has tried reinventing itself with each film. Fallout is the first in the series that is a direct continuation of the previous film. This time Ethan Hunt is trying to stop the same bad guy from the previous film from setting off nuclear bombs. Same shit, different day. The difference with this film, as opposed to the other films, is that action takes center stage to the plot and the double/triple/quadruple crosses. That may not sound right, but if you look at any of the other films in the series, the mystery is something that we are trying to solve along with the characters. This time almost everything is laid out for us at the getgo and we just sit back and watch the show, not worrying about anything other than “Is Tom Cruise really alive or is he just a zombie who hides it well?” Cruise is a beast in this film, doing stunts that only Hong Kong performers are known for. In fact, while I was watching the film I was thinking that Cruise and Jackie Chan should do a film together. They are both crazy guys who throw caution to the wind in both their stunts and their shamelessness outside of the films. Mission: Impossible: Fallout is the best action film of 2018. Not only are the stunts mindblowing, but the fight and chase scenes are heart-poundingly exciting.

The blu-ray, from Paramount, is great. Of course the picture and sound are going to be the best out there as this is a five-month-old film, but the special features really surprised me. There are three commentary tracks, an isolated score track, an almost hour-long doc on the making of the film, a breakdown of how the score was put together over one scene (my favorite feature in this set) and the film’s theatrical trailer. We don’t get the trailer very much anymore so this was a nice surprise. This blu-ray is worth the money and the time just for the features alone, but having this film in your home theater is a wonderful thing. 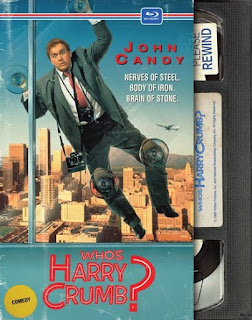 Comedy, like action, was king in the 80’s and one of the best performers out there was John Candy. Every scene that he was in was made special by him just being there, no matter how bad the film was. Just think of his character from Spaceballs, Planes, Trains, and Automobiles, or Uncle Buck. None of these films are bad, but they are made better because he is there. He does the same thing in Who’s Harry Crumb?, but here it makes the film watchable. The script is a dead zone of jokes that start and then go nowhere with scenarios that make you question if they are in the same film as the other scenes. Candy is one of the only actors actually trying. Jeffrey Jones (resident of the sexual offenders' registry), Annie Potts, and Barry Corbin aren’t really that active in the film and are probably here for the check. Especially Potts, who is usually a firecracker, seems like she is asleep half the time. The film only comes to life when Candy is around, but even he can only do so much. The film’s premise is good and the character of Crumb is nice, but the rest of the film is a slog to get through. Leave this one where it belongs: In the recesses of forgottenness.

The blu-ray, from Mill Creek, is good. The picture quality is good, but Mill Creek, like Candy himself, can only do so much. They were given a very dated master to work with, but they have come through. The sound is good, but there other than dialogue which comes through nicely. There are no special features, just a menu that says “Play”. Still, if you are a fan of the film then this blu-ray will do you fine. 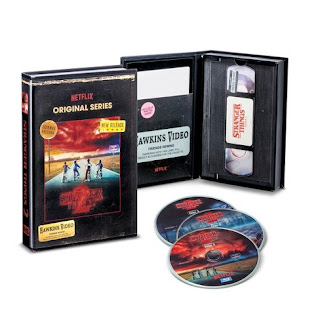 Stranger Things was a cultural phenomenon. It didn’t exactly come out of left field, but I got the feeling that Netflix didn’t have all the faith in it. I mean, the show was kind of a niche product anyway, so the viewership must have been a surprise to the people at Netflix. The first season was really good. It set the characters up nicely and the world that they lived in. I thought that the show had a lot of potential. Then the second season came out and I thought that they kind of squandered it. Don’t get me wrong, the second season of this show is miles better than a lot of other shows in the same genre, but the momentum that was built in the first season seems to be have died down. Now the show moves at a slower pace and the story really isn’t that great. I don’t know. I really wanted to like it more than I did, but it just seemed like the makers were going through the motion. I know that the creators said that they had four seasons planned out, but it doesn’t really seem like that. I think that they were caught off guard by the show’s popularity and scrambled to come up with something. There is one thing that I can don’t agree with when it comes to reviews. Everyone ragged on episode seven. I won’t say very much, but I will say that I thought that it was a nice distraction from the same thing we got in every other episode. What they did showed that they could take the show in a different direction. They won’t, but they could. I wish that season two was as strong as season one, but it isn’t. Hopefully, the makers have taken the time to craft a better season with season three.

The blu-ray, from Netflix and released exclusively at Target, is great. The picture and sound quality are better than they are through streaming the show. The colors, definition, and clarity are more stable on blu-ray. The sound is better too. There are no special features, but the packaging is nice. Meant to resemble a clamshell VHS case, the packaging is nicer than that of season one. I do wish that there was a bit of uniformity between the seasons as they look kind of odd sitting next to each other on the shelf. Other than that, this is a nice release from Netflix.