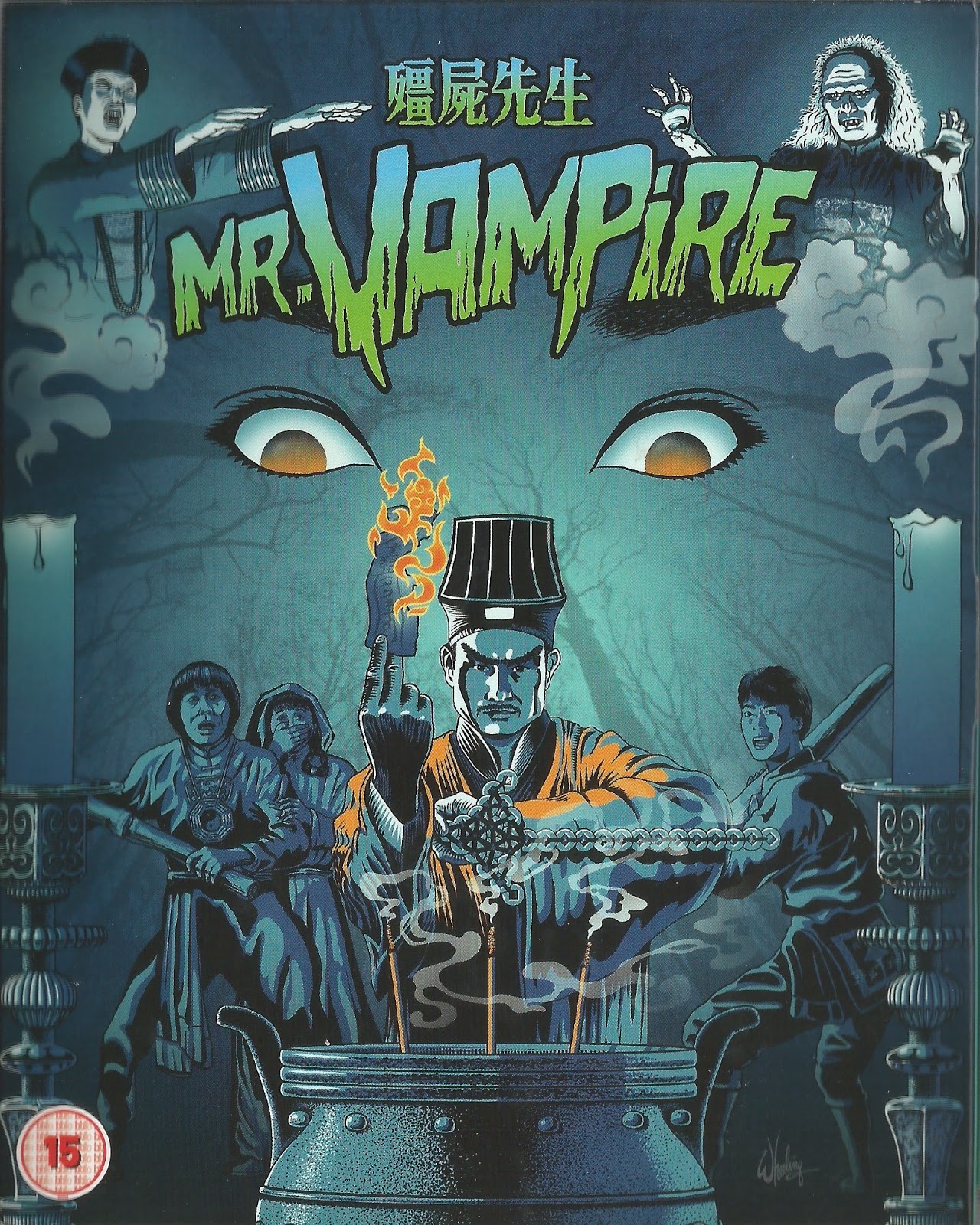 Mr. Vampire is a really fun 80's horror-comedy that can rightfully sit next to the likes of Ghostbusters and Gremlins as a must-see 80's horror-comedy. Click on through to find out if the new blu-ray is worth a purchase. 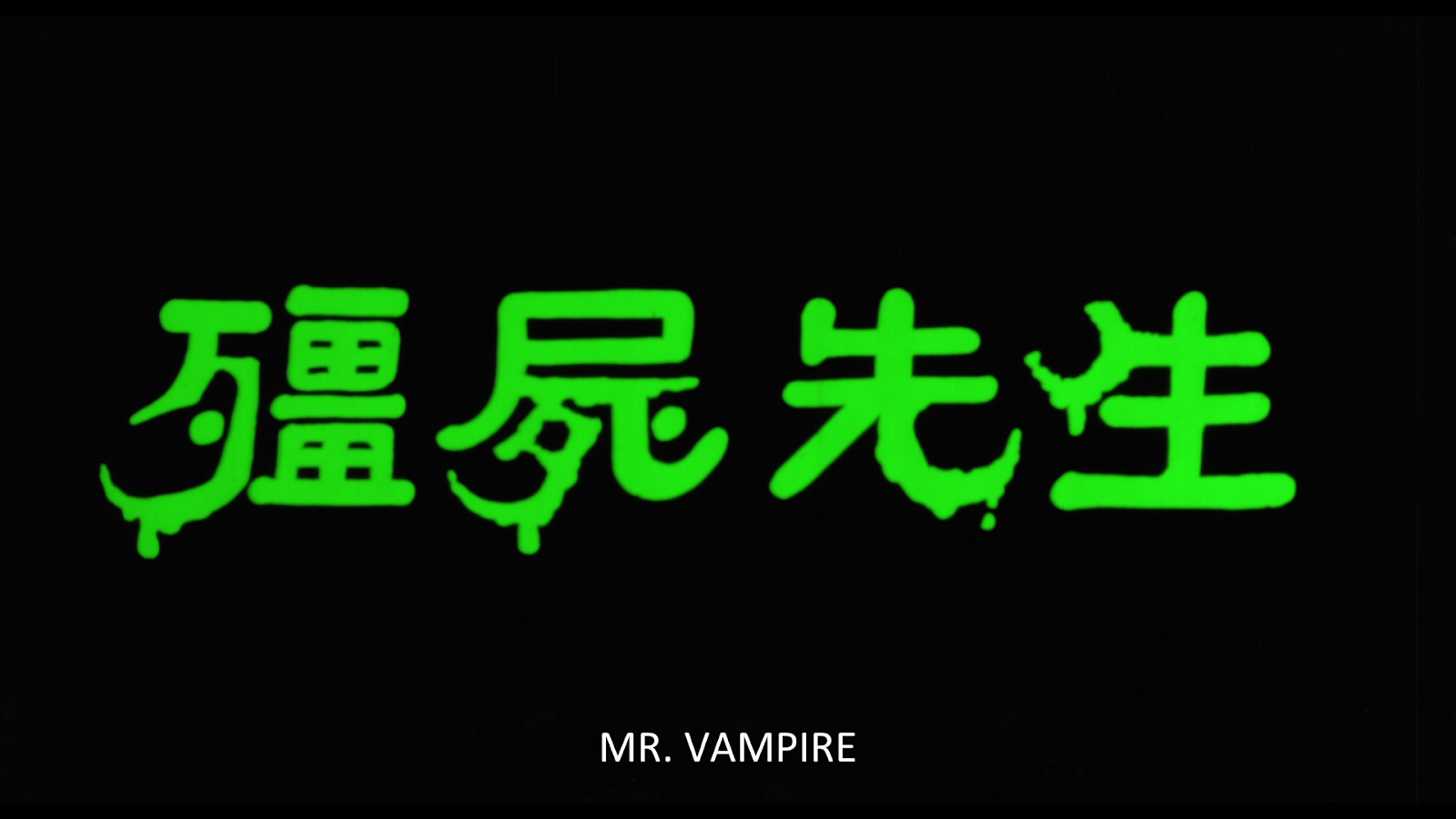 During a reburial, the local priest notices that the corpse has not decomposed and has the blue fingernails typical of a vampire. Before he can destroy the vampire, it escapes. Now he must deal with the menace, aided only by his two bumbling assistants, one of whom is soon infected by the vampire's poison while the other is enjoying the embrace of a life-eating she-ghost.


MR. VAMPIRE is a 1985 horror-comedy that introduced the world to the Chinese vampire. This type of vampire hops after its prey, can be stopped by putting a blessing (on a piece of paper) on its forehead, and has long blue fingernails. The vampire is actually scary as it is damn near unstoppable. You can hold your breath so the vampire can’t see you, but you can only hold your breath for so long as the vampire doesn’t just go away once it can’t see you. It stays around until you breathe again.

As I watched MR VAMPIRE, I was reminded of some of the great 80’s horror-comedies like GHOSTBUSTERS, GREMLINS, and THE MONSTER SQUAD. The comedy is of the slapstick variety which was the style for Hong Kong films at the time. This type of comedy fits very well with the horror on display here. The horror really isn’t all that scary, outside of the scene where the hopping vampire attacks the priest’s home. This doesn’t mean that the film is any less of a horror film. The film is filled with vampires, zombies, ghosts, and other horror staples.

The big differences between American horror-comedies and MR. VAMPIRE would be the use of martial arts. You never saw martial arts in horror-comedies in America. We hardly knew anything about martial arts outside of what Bruce Lee showed us. We were more concerned with cracking wise while being scared. The martial arts on display here is really well done and exciting. There are some very impressive stunts here as well with the big one being a full body burn towards the end of the film that seems to go on for a really long, and dangerous, time.

MR VAMPIRE is a really fun film that is filled with a lot of imagination and funny scenes. The horror never gets truly scary which makes it very accessible to almost any age group. Yeah, I would say that this is the perfect horror-comedy to show to kids. There is nothing that is offensive, there is very little blood or gore, and kids would get a really big kick out of the comedy. Featuring a brand new 2K restoration, and presented in the film’s original aspect ratio of 1.85:1, MR. VAMPIRE looks great. Colors and skin tones look just right and there is a nice layer of grain present. Everything looks very natural and right.

Three soundtracks are provided with one Cantonese and two English tracks. All of the tracks sound fine with the Cantonese track being the clear winner.

While the special features here are not as numerous as other Eureka martial arts blu-ray releases, what we have here is really worth the effort. The commentary is the big draw here with Frank Djeng giving us just about everything that we need to know about the film, the Hong Kong film industry at the time, and various Chinese customs seen in the film. The interviews are informative as well and the inclusion of the film’s original theatrical trailer is always welcome. MR. VAMPIRE is a very underrated film that really needs to be seen by more people. The horror, comedy, and martial arts all work together so well that this should be more of a classic that it is recognized as. The blu-ray, from Eureka Entertainment, gives the film a brand new lease on life with great picture and sound as well as a nice selection of special features. I can’t recommend this release enough and wouldn’t be surprised if it lands on our Best of 2020 blu-ray list at the end of the year.