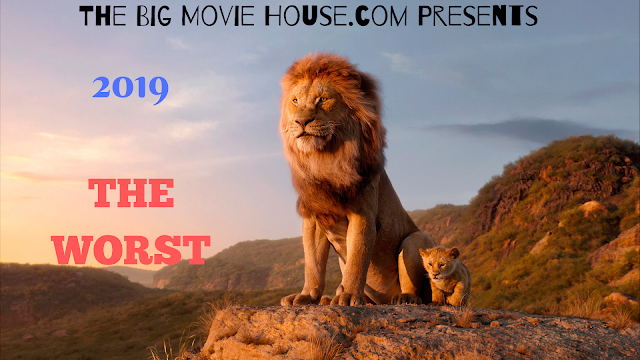 2019 had its fair share of bad films. Horror, action, animation, and documentaries all made it on to this list. Keep an eye out for the two films that the filmmakers should actually be ashamed of. 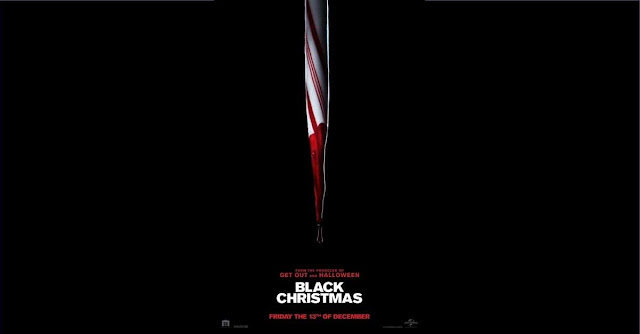 Black Christmas is a bad film. Not because of the message it is giving us because that message is an important one. No, it is a bad film simply because it is bad. You take out the message and what you have is a half baked slasher film that steals it's the best scare from The Exorcist III. Outside of the lead character, who is actually given something to make her someone we want to root for, all of the other characters are one-dimensional morons who bring nothing new to the table. Add on top of that a villain whose identity is known by the audience as soon as that person is seen for the first time because of course the killer is that person and terrible kills and you have not only one of the worst films of 2019 but also one of the worst slasher movies ever made. 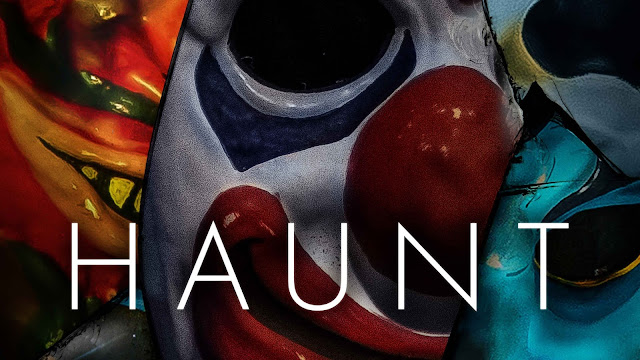 I am not the biggest fan of haunted houses. They pop up around Halloween and offer nothing more than cheap thrills for more money than you would expect. Being a non-fan of haunted house this would mean that I probably don't like haunts either. These are riskier than a regular haunted house, taking a more extreme presentation. Putting these feelings aside, I figured Haunt would be good because the horror community was raving over it. Much my feelings for haunted house, Haunt sucked. Paper-thin characters we really just want to see die, a location that should be interesting but feels cheap, and kills that are strange, to say the least. There is a kind of cool twist in terms of the killer but that can't save a film that has nothing else going for it.

I like Michael Bay films. I like his style, the way he moves his camera, and how beautiful he makes everyone look. You would think that after making five Transformers films that he would be raring to go on a film like 6 Underground, but it just feels like the same old same old. The action scenes are decent when you can tell what is going on, but everything else is a confusing mess. When you keep asking "what?" every five minutes or so, you know you are in for a bad time. Bay used to make good films but now it seems like he is bored with filmmaking. Have you ever watched a documentary where the person making said documentary puts himself on camera thus forcing himself into a story they otherwise would not have been a part of and wanted to risk jail time by punching the shit out of them? I have and he made The Amazing Johnathan Documentary. This doc should have been gold. You have, as your subject, a brilliant comedian/magician who has terminal cancer who has survived four times as long as all the doctors thought. You go in there and shoot what you need to shoot and you are golden. The problem lies with the filmmaker who, while denying he ever even thought this way (yeah right), wants Johnathan to die so his doc can be the best there is. Needless to say, Johnathan doesn't die and the doc turns its focus from Johnathan to the filmmaker himself as he "struggles" with how to finish this thing. This doc is just as self-centered as the filmmaker who is glad to have the focus on him. Once Johnathan leaves the doc (he comes back later) it turns into a mind-numbing experience because we hate the filmmaker and would do anything to get him off the screen. Stay away from this bullshit film.

The first Lego Movie was brilliant. It took the concept of playing with your toys to the next level and made it funny and smart. The Lego Movie 2 is what everyone thought the first film would be. This is a film that isn't funny, is tirelessly boring, and is woefully misguided. Instead of trying something new, the filmmakers just remake the first film only now with songs. Hopefully, this will bury the Lego franchise for a while as it was growing stale. 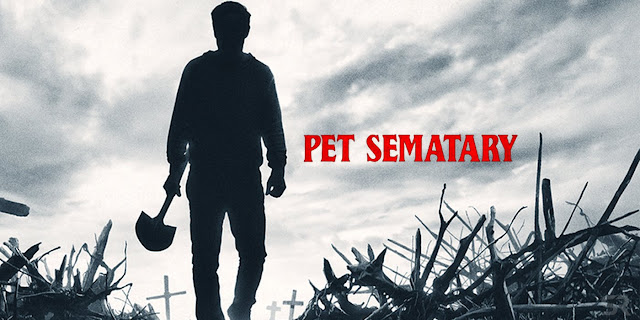 I was looking forward to Pet Semetary. I am not a fan of the original film, but the book is pretty good and I was hoping that this version would do the book justice. Boy, did it not. Even leaving the book aside, this film is not good at all. There are no scares to speak of and scenes that should have had an emotional impact, like the killing of one of the kids via semi-truck, is shot so poorly that I wasn’t really sure what had happened until I went to the scene again. Going back to the book, there are things that are deleted that I am not sure of why and the sick sister is given way too much screen time and her story ends with a laugh out loud moment that sucked any horror out of what came after. If anything, this version of Pet Semetary proves that adaptations of Stephen King novels are more often than not just bad.

I don’t really have a problem with remakes. Every form of media has remade things all the time. I like being able to see different versions of stories. Without remakes, we would not have classics like John Carpenter’s The Thing, Phillip Kaufman’s Invasion of the Body Snatchers, or David Cronenberg’s The Fly. How many versions of Dracula or Frankenstein have we had over the years? Some of them are great while some are not. The remake of The Lion King is a remake that was not needed nor was it wanted. I have not met a single person who liked this film and yet it became the highest-grossing animated feature of all time (worldwide). Had people actually watched the film they would have seen that this is one of the worst remakes I have ever seen. The original film was alive and vibrant. This version is cold and grey. The original had some of the best songs found in any animated film. This version takes those songs and destroys them, leaving behind a hollowed-out carcass of each song. The original had performances that brought these animals to life. This version doesn’t allow “acting” and requires the actors to deliver performances more sleepy than full of life. The Lion King 2019 is a terrible film that would have been the worst film of 2019 had it not been for two films that even more disgraceful. 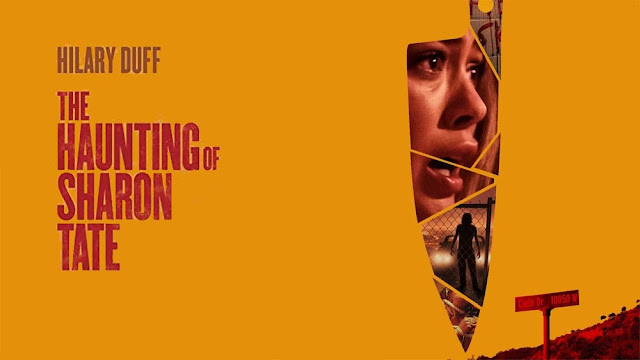 Very few times will you hear me say that a filmmaker should be ashamed of one of their films as no one is going to like every film out there, but the next two films I can honestly say that the filmmakers should be ashamed that they made these films. The first is The Haunting of Sharon Tate, a film that was made and released to coincide with the 50th anniversary of the Tate murders at the hands of the Manson family. The film tells a very fictionalized version of the last three days of Tate and her housemates. We see Tate haunted by visions of her own death but decides to stay in the house and let these things happen to her and her friends. The acting is horrible, the writing and directing are appalling awful, and the ending is a punch in the face of the families of the victims and anyone who appreciates anything that comes close to "good" filmmaking. I hated this film so much that I could not take it out of my player fast enough. This film should be studied by wannabe filmmakers on everything NOT to do when making a film. 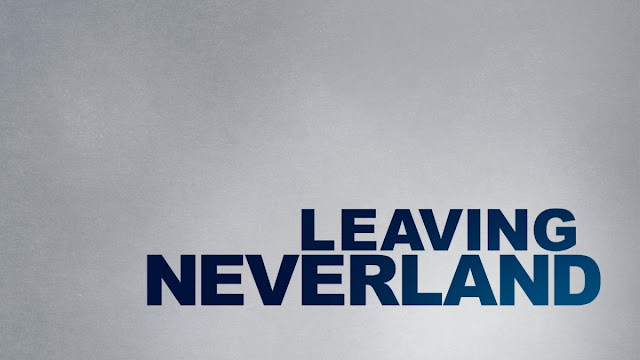 The second film that ties for the worst film of 2019 (and possibly one of the worst of 2010s) is the laziest documentary ever made, Leaving Neverland. The film was “directed” by a One Punch Man cosplayer (seriously, look up what the director looks like and then look up One Punch Man and tell me that they are not the same person) and is about two jackasses who up until a few years ago, never had a bad thing to say about Michael Jackson, but now they are saying that Jackson had married one of them (seriously, ring and all) and diddled one of them in a place at Neverland Ranch that hadn’t been built at the time this supposed diddling took place. Now, with this film, like The Haunting of Sharon Tate, I have to say that everyone involved should be ashamed of themselves. It has been proven time and time again that Jackson did nothing wrong with anyone and these two failed abortions are just in it for the money. There is no truth to anything these guys are spewing, but HBO decided to buy up the FOUR HOUR documentary and show it over a two-night event. So HBO should be ashamed of themselves as well. Then there’s Oprah, who made her career out of sucking at the teet of Jackson during his heyday. She hosted a follow-up to the doc that aired after the doc. She should be ashamed for turning her back on someone she always called a “friend”. If I learned anything from this doc, I would be that you can’t trust anyone and that the person you think is a friend is actually someone who will shame your name after you are gone.