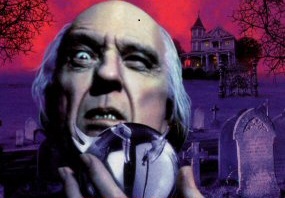 Phantasm III: Lord of the Dead is a goofier film than the previous installments, but this helps the film find better footing than Phantasm II found. This is by far the funnest film in the series. 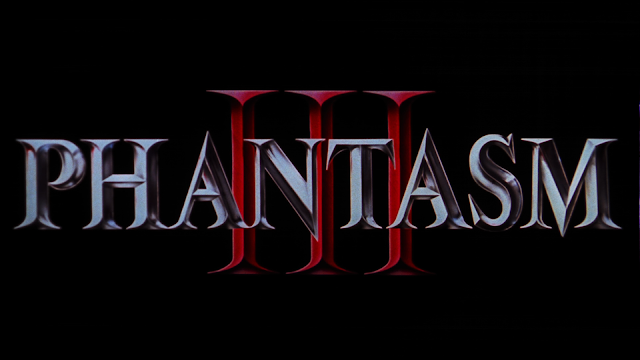 This is the first new major offering from Well Go USA (I don’t think that commentary tracks are major) and Well Go was smart enough to hire Red Shirt Pictures to over it (as they do with all the other new special features found in this package.) We get an in depth look at the creation of the film as well as welcoming Michael Baldwin back to the series.

Stuntman Bob Ivy has over 120 credits to his name and is known for going big or going home. He was asked by Coscarelli to do a car flip and Ivy delivered more than Coscarelli could have ever asked for. BtS footage is shown of the stunt and it is scarier than anything in the film.

A series of fly on the wall looks at different scenes being shot.

More fly on the wall footage

This is the single worst special feature I have ever seen. It consists of two people running into a room and the Tall Man following. That’s it. I watched a few times to see if I had missed something. I didn’t. I know that everyone wants as much footage as they can get, but this is pushing it.

Calls the film “Phantasm: Lord of the Dead”

Commentary with A. Michael Baldwin and Angus Scrimm

Note: This is part of the Phantasm Collection

The front cover is double sided: one side featuring the same new art that all of the other films, only this film sports a roman numeral three.

The opposite side contains the original theatrical poster. The image here is too dark. When the film was released on VHS back in the 90’s, this same artwork was lively and colorful with red being the brightest. I don’t know if the darkening was on purpose or if it was accidental, but this will always stick out as being a bit lackluster.

The back cover gives us the stats and information about the release.

The disc art is the same as the other discs: a silver sphere with the title of the film on it. 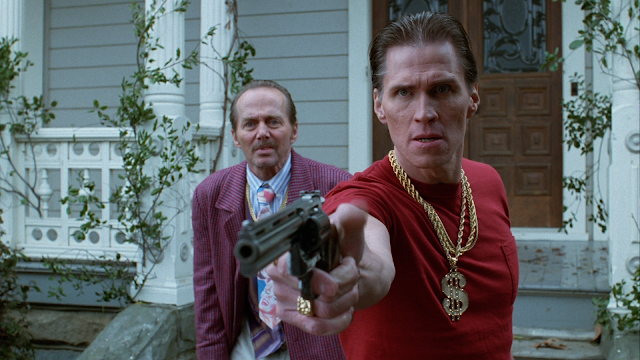 Well Go has remastered the film and the results are really nice. There is a nice layer of grain, which always adds to a film shot on film. The colors are really good and detail is outstanding. 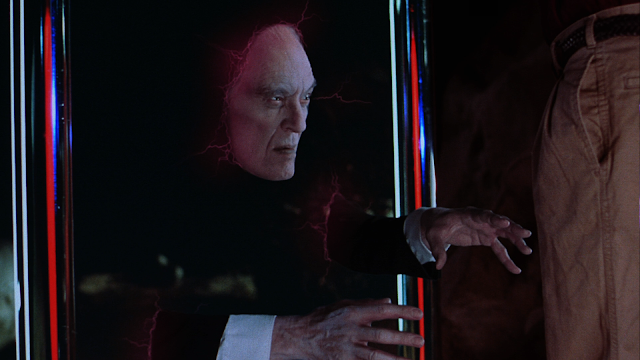 The DTS-HD Master Audio tracks found here are nice and make good use of the surrounds. Dialogue is crisp and clear and I heard no distortions throughout the film. 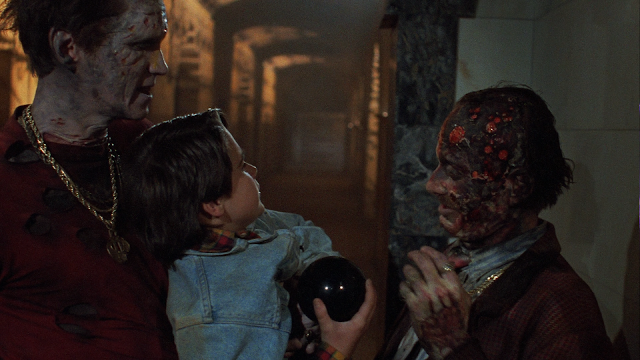 After being tricked by the Tall Man (Angus Scrimm) once more, Reggie (Reggie Bannister) and an unconscious Mike (A. Michael Baldwin) are left alone by their attacker who is content with the head of their now deceased friend Liz (Paula Irvine) for now. Mike doesn’t awake from his coma until two years later after his brother Jody (Bill Thornbury), whom had died in a car accident, appears to him in a dream. Mike, Reggie, and Jody, who is now just a flying, burnt sphere, team back up to fight the Tall Man again, but before they can, he appears and pulls Mike into another dimension. Now it’s up to Reggie and Jody to find Mike before that infamous mortician is able to transform him, only this time, he has way more spheres. Thousands of them.

I liked Phantasm III more than I liked part 2. I think that comes down to the fact that this film has better characters and the events that are happening are much more interesting. I like the fact that they didn’t have Michael as the lead because the lines that he delivers here are flat and stilted. The action here is good and I will say that the effects are even better than the last film. We get to see more Tall Man and that is always a good thing and the ending was interesting without being contrived. The film’s pace is a lot smoother and the sections of the film that you would think would be boring really aren’t. Coscarelli still hasn’t found the magic that the first film had, but he comes close. 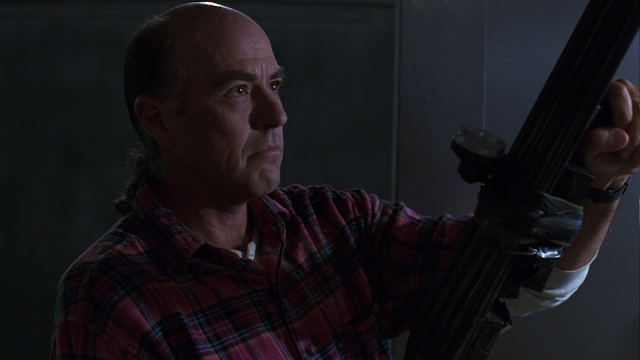 If you have made it this far into the series, then you know what you are getting. The Tall Man tries to kidnap Michael and Reggie ain’t havin’ it. The film is goofier than the first two, but I liked that about the film. The blu-ray from Well Go is impressive. The picture is outstanding, the sound is nice, and the special features are entertaining and informative.
THE SCREENSHOTS HERE CONTAIN SPOILERS! PROCEED WITH CAUTION! 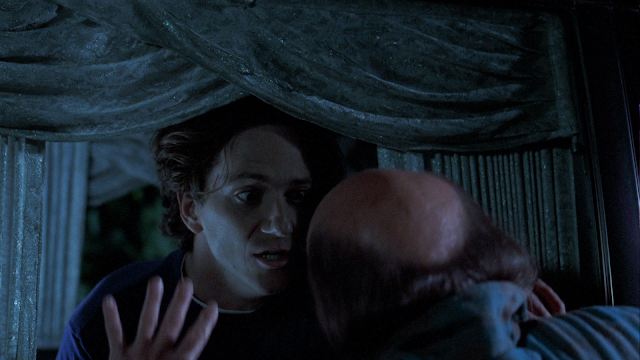 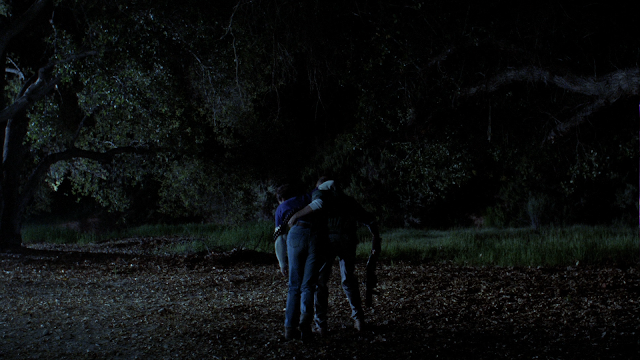 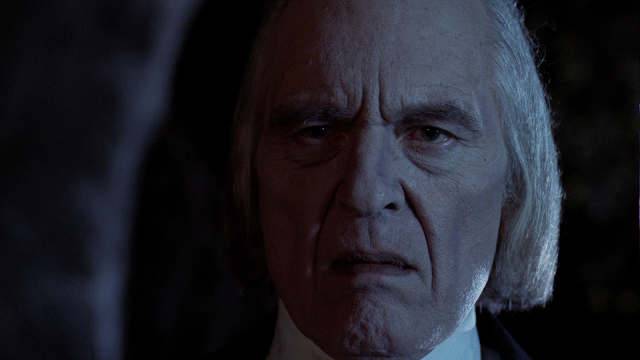 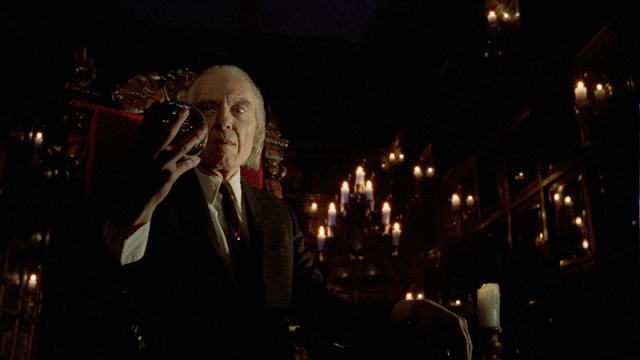 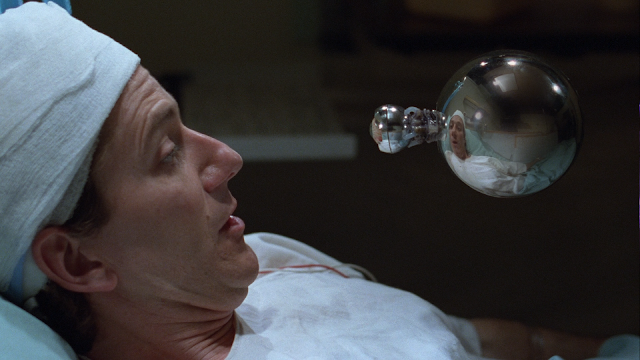 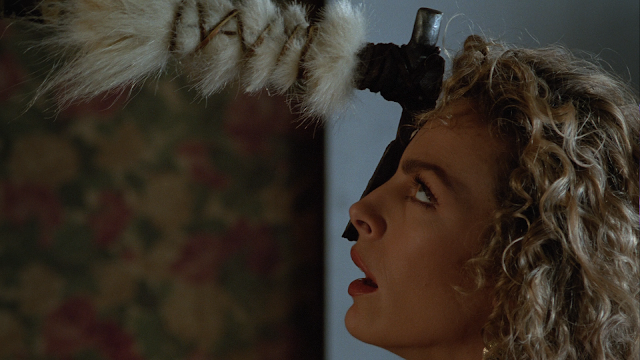 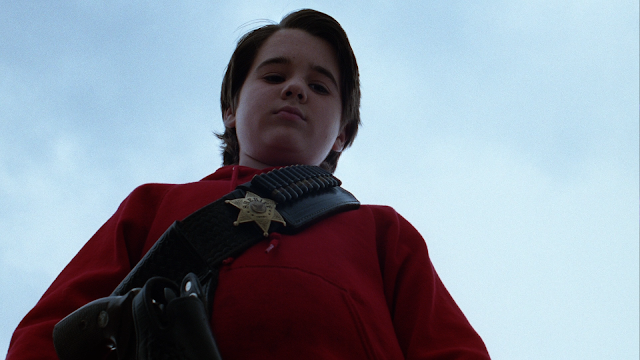 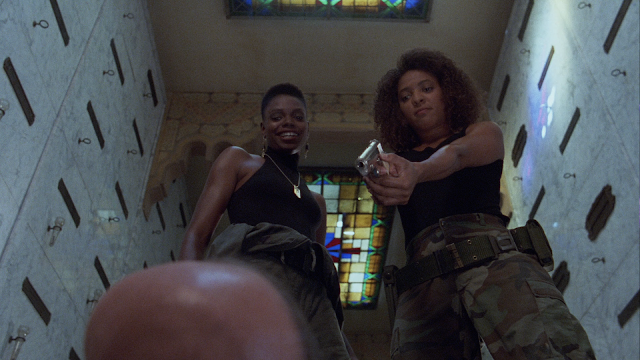 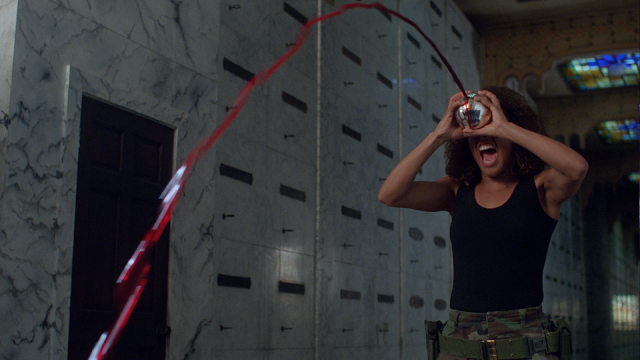 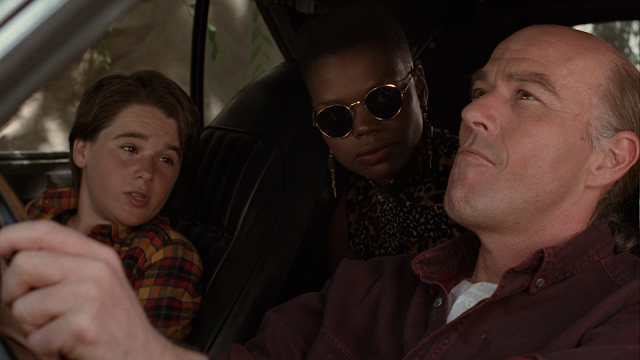 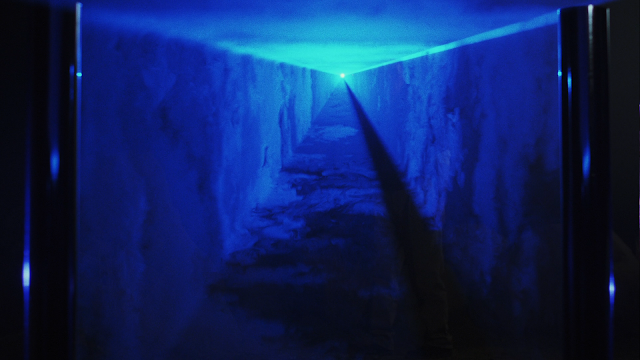 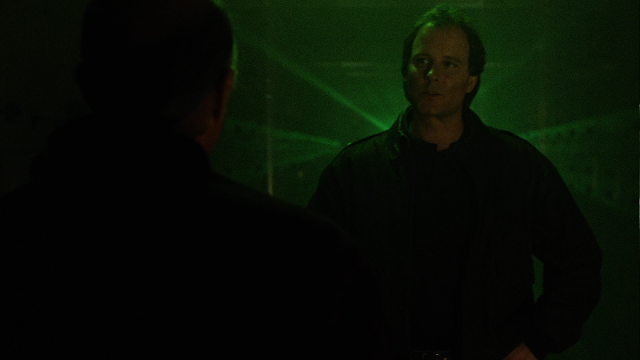 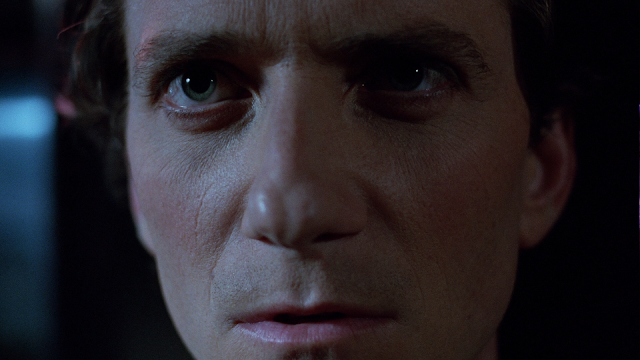 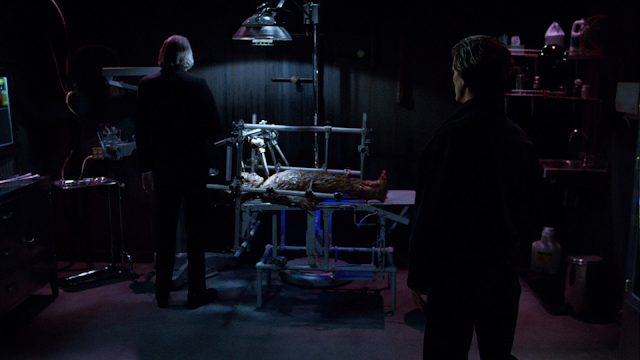 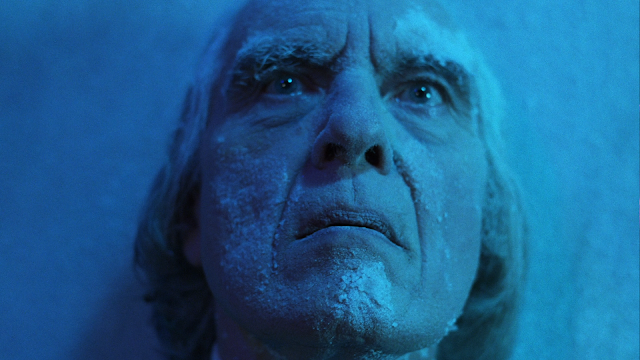 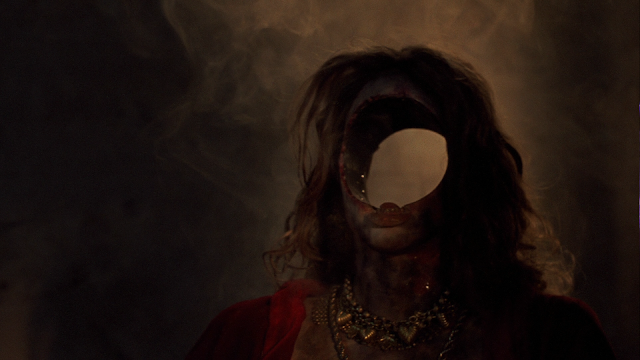 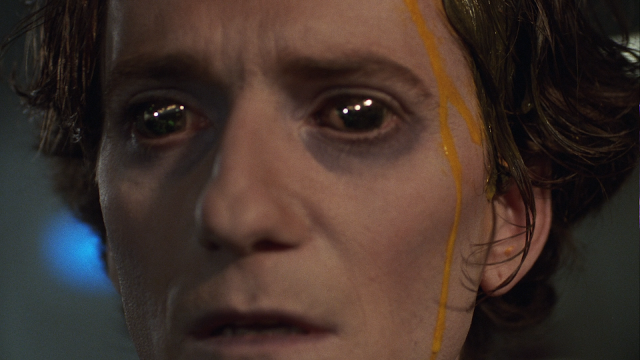 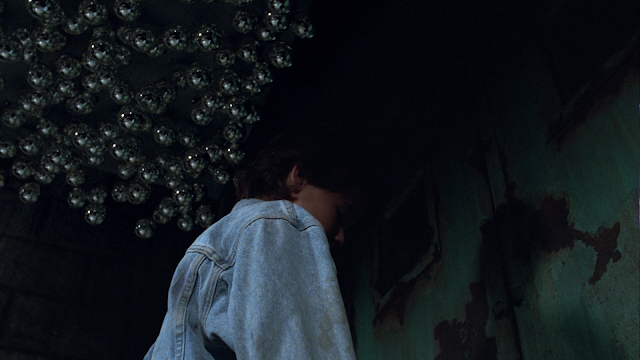 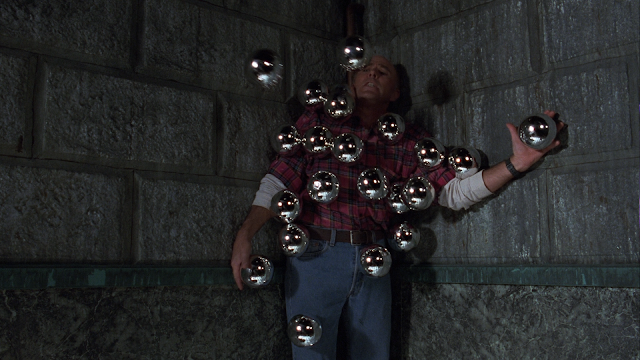 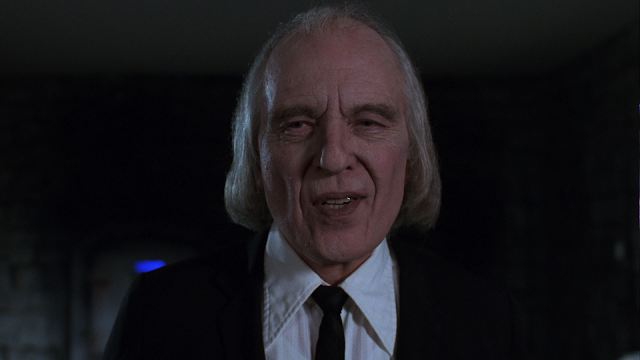