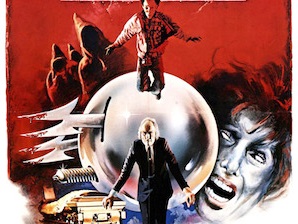 Phantasm is the last great film of the 70's. The film is scary and fun and never talks down to the audience like some many other films. The Tall Man would go onto be a horror icon because he elicits fear in us without saying a word. When he does talk, he becomes even scarier because we realize that he is here for one reason: to kidnap mankind and destroy the earth while doing it. 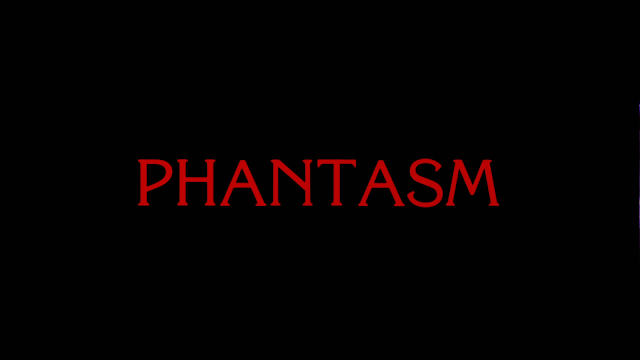 Graveyard Carz is a tv show about restoring muscle cars. This episode focuses on the restoring the car from the film. Don Coscarelli and A. Michael Baldwin are on hand to see the reveal of the car and take it for a spin.

Taken from a local tv show that Coscarelli and Scrimm appeared on, this interview is very informative and begins the way that Scrimm would talk about the film.

There are 6 scenes in total, 4 of them are in rough shape and the other 2 are, for some reason, decent quality, but in a 1.33:1 aspect ratio. Nothing really to see here though.

Don Coscarelli and Reggie Bannister are on hand to provide an audio commentary over this footage shot during filming.

We are given a warning up front that there is no sound to any of this footage. This is an extension of the previous feature, only without the commentary.

The video and audio are decent at best, but Scrimm entertains the audience for almost ten minutes.

There was a time when magazines were advertised on TV. This is a funny little commercial about
Fangoria magazine.

I thought that this was going to be a trailer for the remastered version of the film that is found on this disc, but it is actually the trailer that has been remastered.

Can be viewed one at a time or in succession with no sound whatsoever.

Note: This is part of the Phantasm box set from Well Go USA.

The first thing that you will notice is that this, and all of the films come in clear blu-ray cases.

The default cover is kind of a minimalistic cover with just the silver sphere on the cover accompanied by the number of the film.

On the reverse side is the film’s original theatrical poster.

The back covers for both sides are the same, giving us a summary of the film as well as the special features found on the disc.

The disc itself is made out to look like the silver sphere from the film, with the title of the film on the disc. 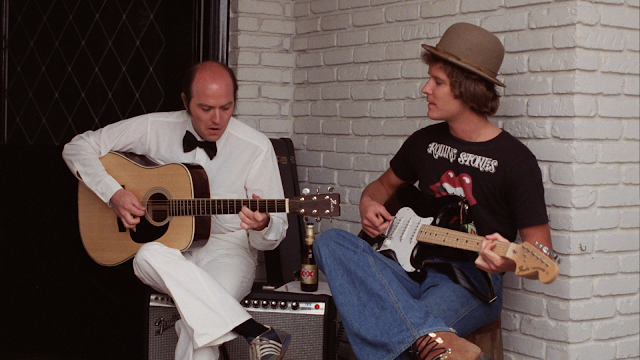 The film was given a 4K restoration by J.J. Abrams’ company, Bad Robot. The film looks really good. Just about everything here is beautiful. Skin tones look natural, colors look correct, and the blacks (especially the night time scenes) are deep.  Detail is nice in closeups. I did not see any type of DNR or any other digital manipulation at work here. Basically, this is the best the film has ever looked and Bad Robot should be commended for their work here. 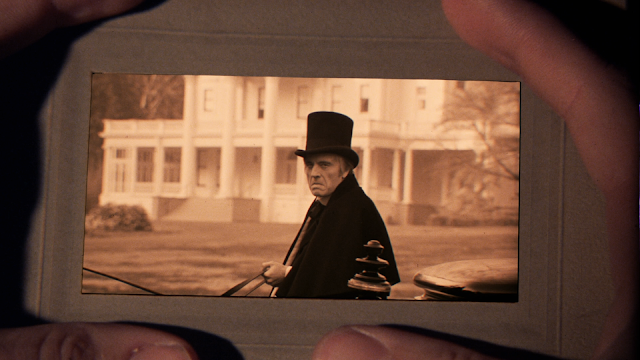 We are given a DTS-HD Master Audio 5.1 sound mix here, along with the film’s original mono track in a lossy format. The track is pretty good, although the sound mix was a bit aggressive at times, overshadowing the dialogue. This wasn’t too bad, but it did hurt the film in a couple of places. The dialogue is clean and clear, though and there were no distortions that I could hear. 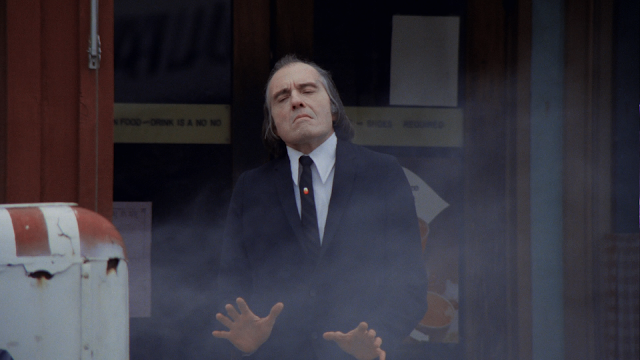 I am late to the game. I didn’t see Phantasm until a few years ago and I have never seen any of the sequels. This franchise just never spoke to me. When I did finally sit down and watch the first film, I didn’t really like it. I thought that the film was boring and had no real focus. I can tell you that times have changed.

Having recently watched the film again for this review, I can say that I have grown fonder of the film. I do think that the film has pacing issues and some scenes seem to serve no purpose, but overall, I found the film to pretty damn entertaining.

The main draw for me was Angus Scrimm. Even though he is the villain of the film, he is given very little screen time. That’s fine with me because what he does with that time is really terrifying. There are scenes where he just shows up that made me jump and I am a grown man. Scrimm also brings an authority to the role. Every scene that he is in, we watch him, not the other actors. That is a power that few actors have.

Phantasm is a film that I suspect that a lot of people didn’t like the first time that they saw it. It is a horror film through and through, but it doesn’t bow to too many of the horror film clichés that most horror films do. Sure, there are jump scares, but there are scenes that are scary just because of how the shots are framed. I know that this is something that other horror films do, but you will have to watch the film to understand what I am talking about.

Phantasm is a really good horror film. I don’t think that it is a great film, mainly due to the issues that I have with it, but the film is fun to watch. I suggest watching the film twice, just to be able to appreciate it for what it is. Phantasm is a film that tries to stand out from the crowd. It mostly succeeds. 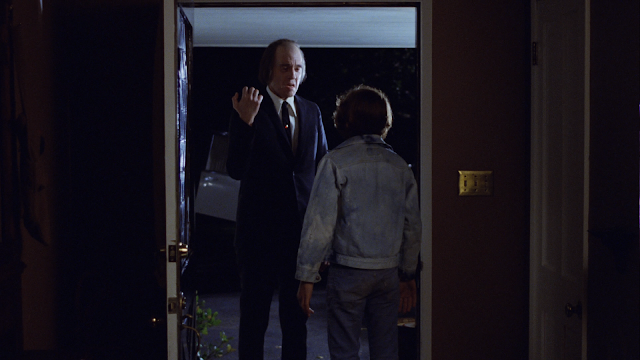 So far I am impressed with what Well Go USA has done with the series. I, like many people, were worried that Well Go was the wrong company to be releasing a set like this (as they had never done a set this big before), but they have done great work so far. The picture is amazing and the audio is pretty good. The special features are good, but it feels like there could have been a new making of for the film. Parts 3 and 4 have gotten new making ofs (which will be reviewed with their films) why couldn’t the first film, the one that started it all, get one? I don’t know, but the work that has been done is great.


The Following Screenshots May Contain Spoilers! Continue At Your Own Risk! 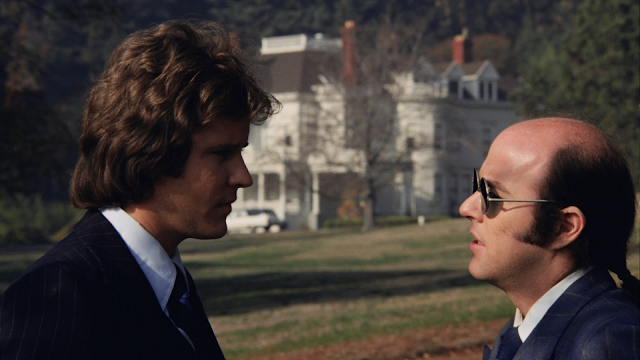 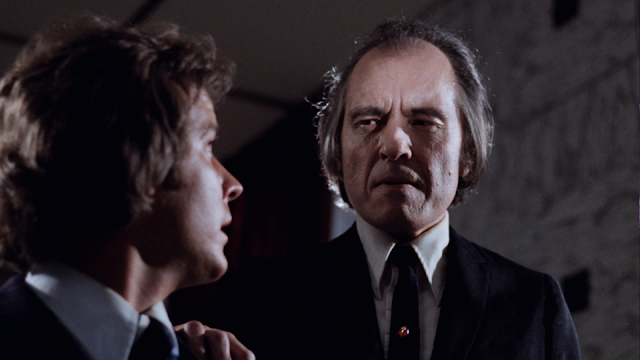 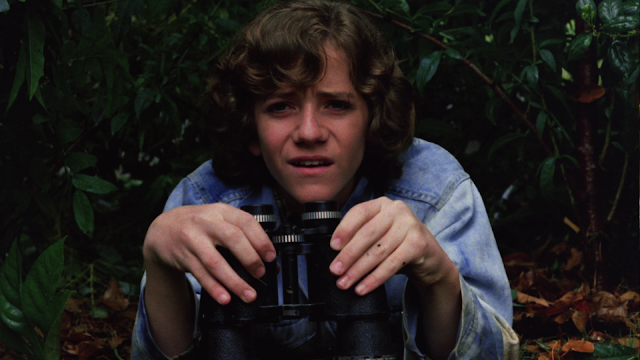 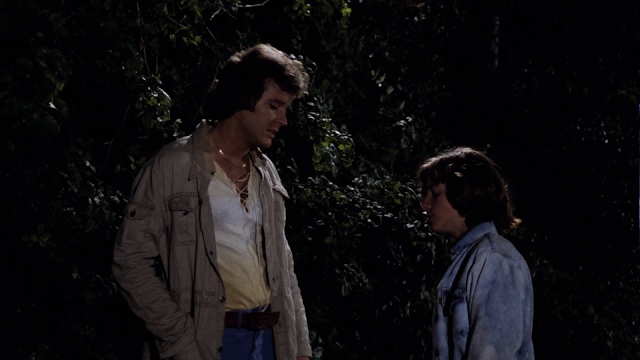 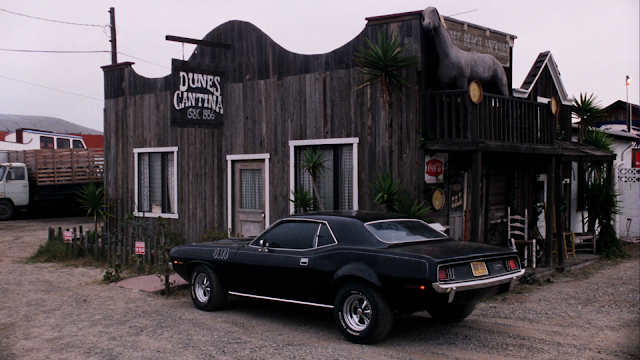 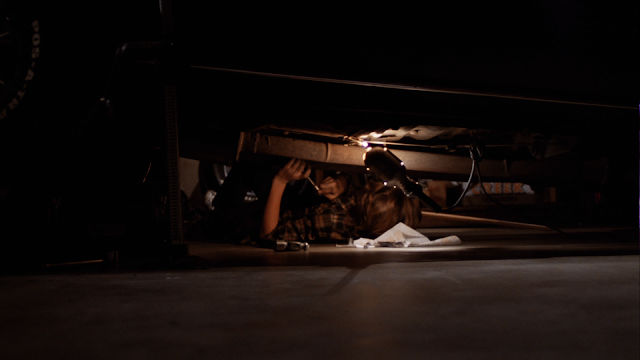 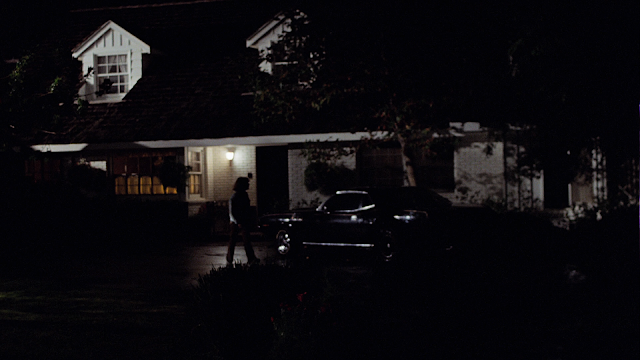 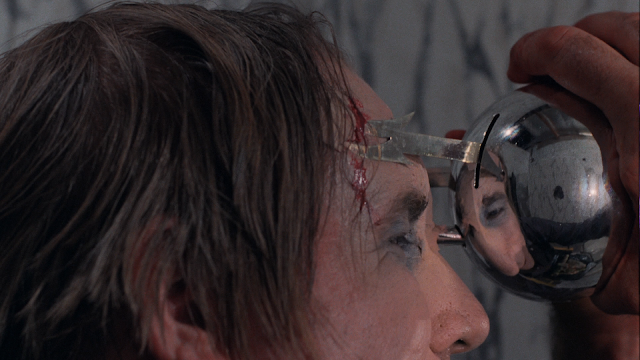 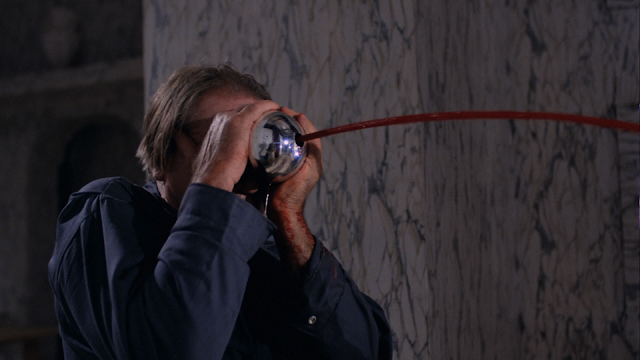 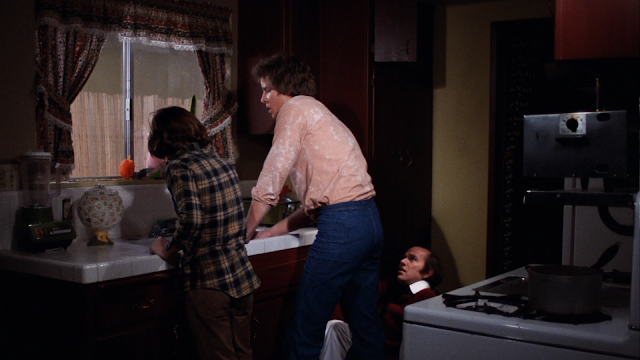 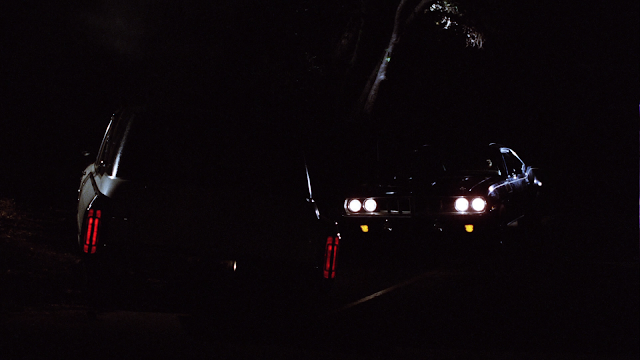 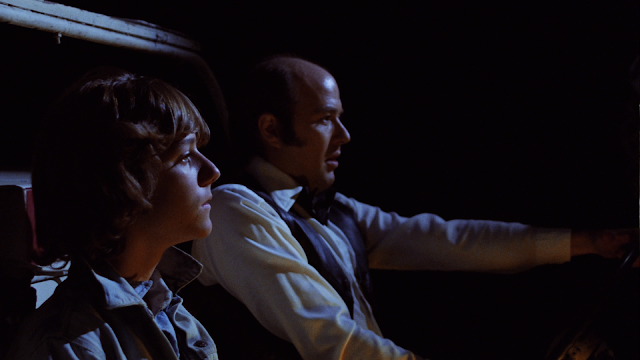 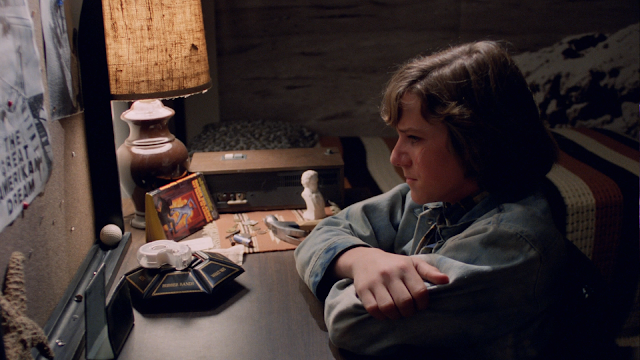 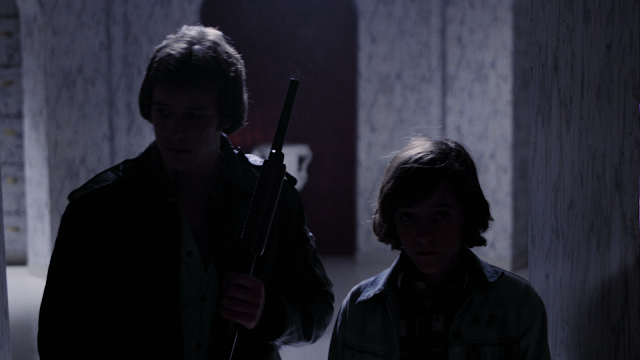 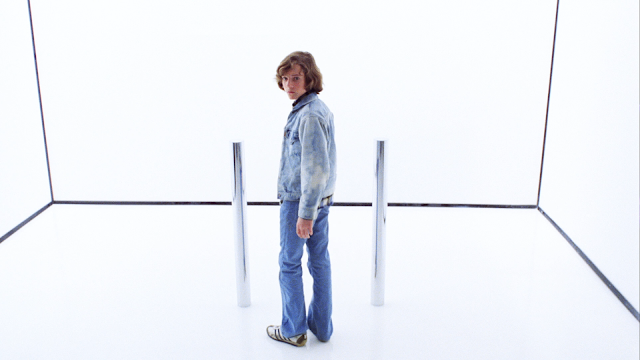 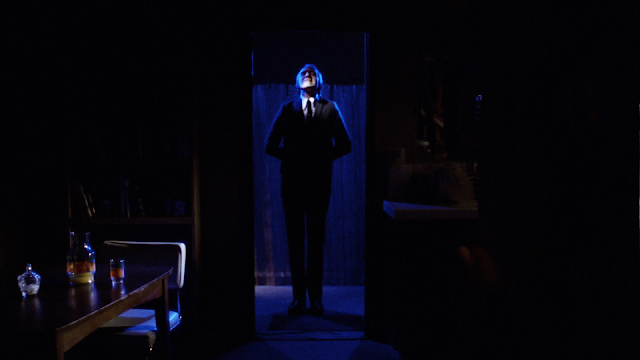 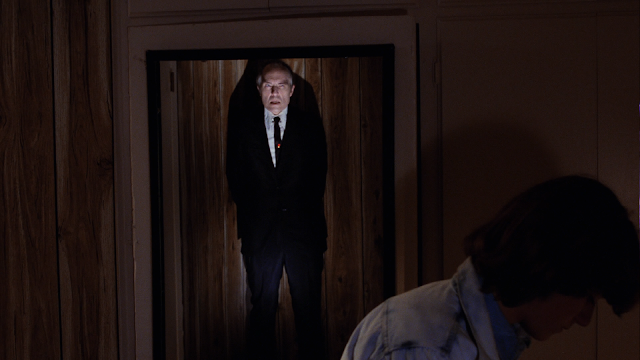