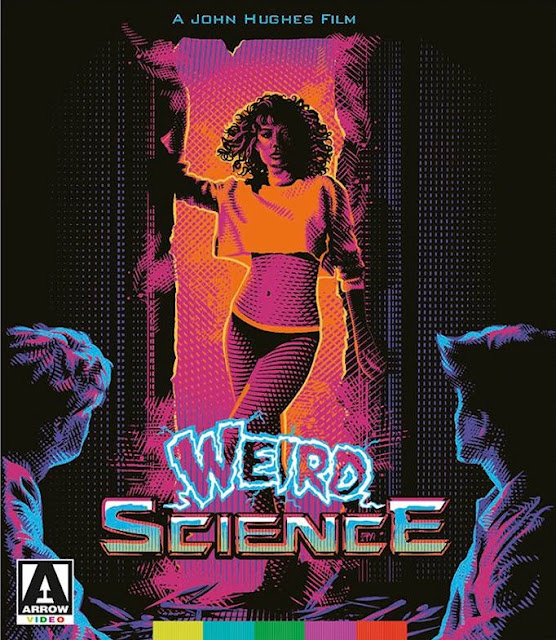 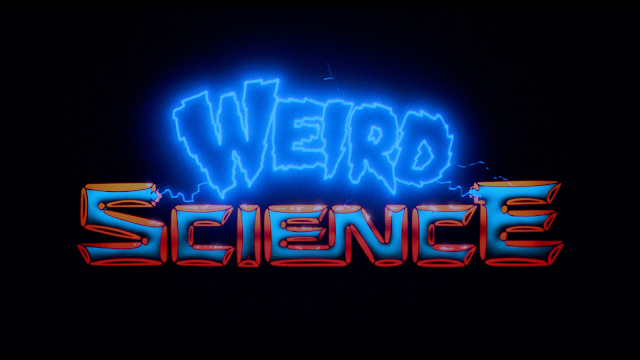 Two teenage boys, Gary Wallace, and Wyatt Donnelly are struggling socially. Girls aren't attracted to them and boys bully and embarrass them. Lack of girlfriends leads them to try to create their own woman, Frankenstein-style but with a computer rather than body parts. Their experiment proves successful and their perfect woman is created, Lisa. She helps them gain popularity and confidence but also gets them into some dangerous situations.


I don’t get the love for this film. I get that people have this obsession with John Hughes and that he was a major influence, but this has to be his worst film. The film is not very funny, with many cringe-inducing scenes involving black people, and the humor never rises above juvenile humor. The film was written in two days by Hughes and it shows. Characters are one-dimensional without much growth to them, if any. Hughes seems to think that the premise of the film, and the actors, is what is going to carry the film, but the actors can’t even save this film. The two leads are fine, I guess, but it is Kelly Lebrock who really tries. She does have the right look for the film (that of a smart Barbie doll coming to life) but she even gets lost in some of the really dumb things that Hughes puts on screen. Like, bringing Vernon Wells from Mad Max 2 in to basically revive his characters for nothing more than a cameo. There are those who will say that he and the other bikers were there because LeBrock was trying to get the two leads to stand up for themselves, but I come back with “And?” because this whole scene was a wasted opportunity. That’s what Weird Science ends up being: a wasted opportunity. There is so much potential here, but Hughes wastes it with racist humor and a house party that lasts way too long. I will bet that if Hughes had spent another day writing this film, it would have come out differently. Of course, he wouldn’t because Hughes always writes like this. Weird Science is a bad film from a guy who is known for writing profound stuff. 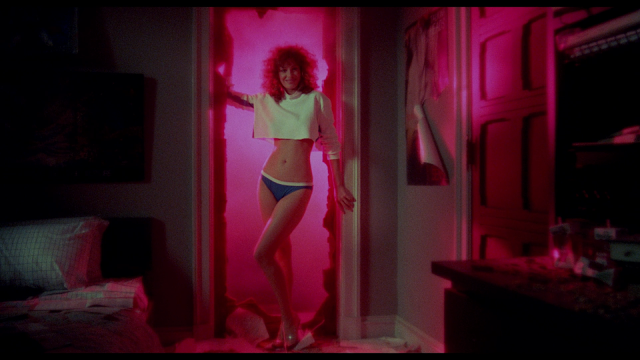 Sourced from a brand 4K restoration, and presented in the film’s original aspect ratio of 1.85:1, Weird Science looks great. The first thing you will notice is the grain. It is nice and thick (at times) and gives the film a very film-like feel to it. Colors are also strong as are skin tones. Detail can be strong at times, but it is the depth that was very impressive. Detail goes far in many of the bigger shots of the film. Both the theatrical and extended versions of the film are sourced from this restoration so there is no drop in quality when the extra scenes pop up in the extended versions.

The sound, presented in the film’s original 2.0 and a spread out 5.1 tracks, both sound good, but the 2.0 track sounds the best. Dialogue is clean and the score is nice. During the effects scenes and with any scene that has music in it, the surrounds (5.1) get a bit of a workout, but not too much. Everything is nicely balanced and there are no flaws or distortions.

I was sent a review disc from Arrow Video and can not review the packaging. I can tell you that there will be two editions: the regular version available at retailers around the world, and a steelbook that is exclusive to Zavvi in the UK only: 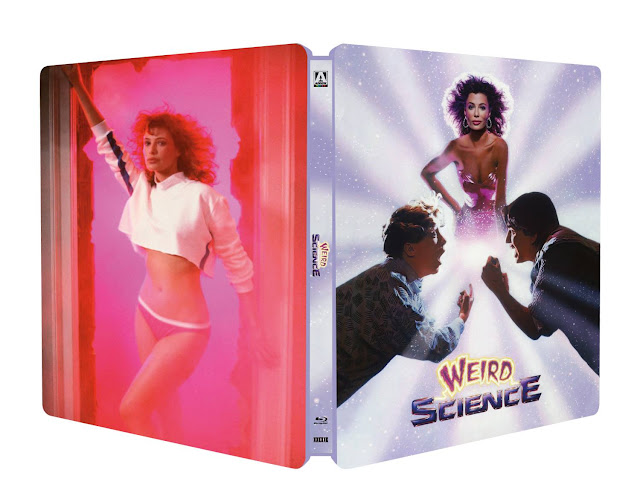 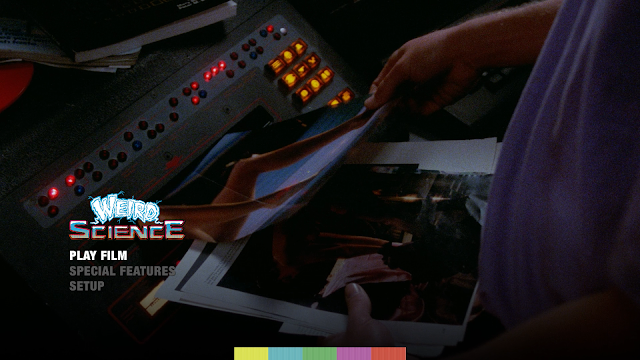 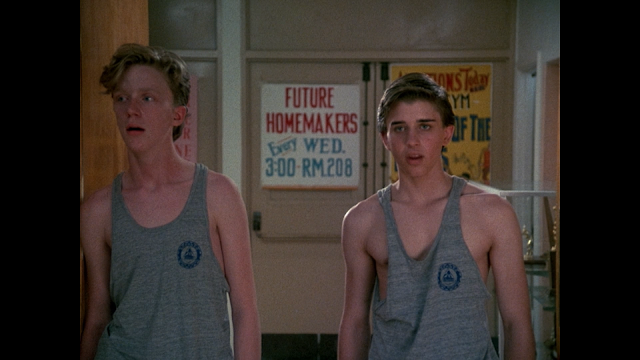 Additional Scenes (2m 45s, HD) These are the two scenes that are found in the extended version of the film. 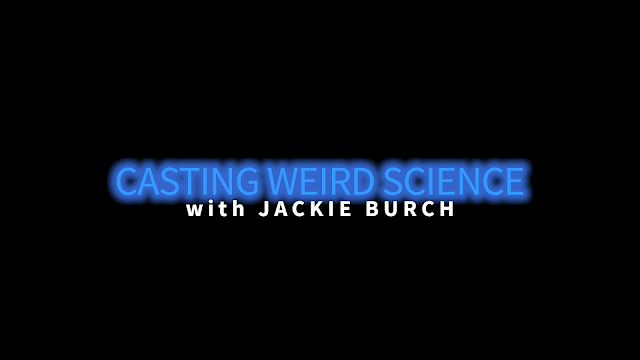 
Dino the Greek (6m 55s, HD) A newly filmed interview with actor John Kapelos on his experience playing Dino in the film.


Fantasy and Microchips (10m 46s, HD) A newly filmed interview with editor Chris Lebenzon on his experience cutting the film together. 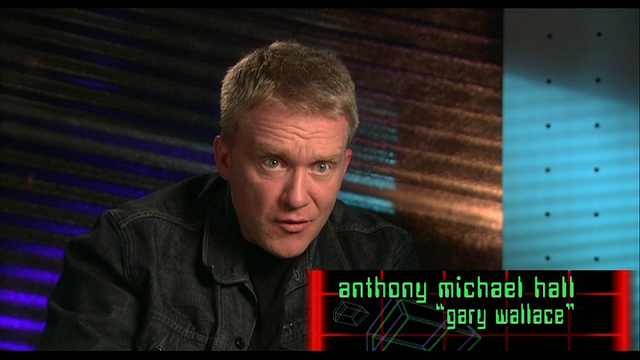 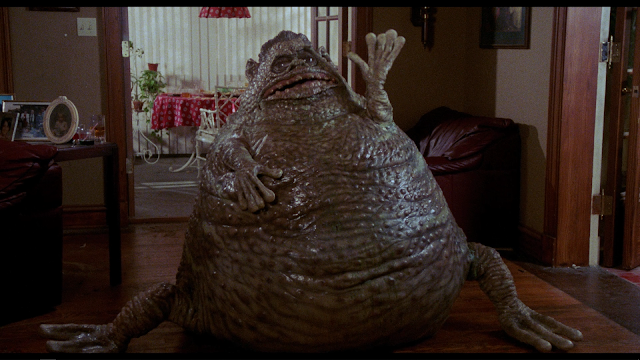 Arrow Video really went the extra mile with this release and you can tell that the people involved really loved making the film. Too bad the film isn’t very good. The comedy is more miss than hit, the characters are boring and flat, and the film just moves so slow that you wouldn’t even notice that the party takes up half of the film’s total run time. That is just lazy writing. Weird Science feels like a first draft that should have gotten a re-write.