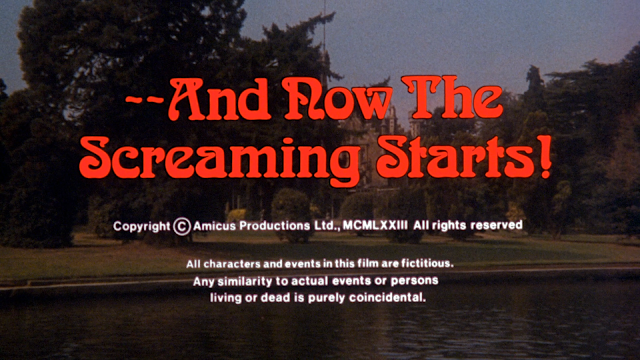 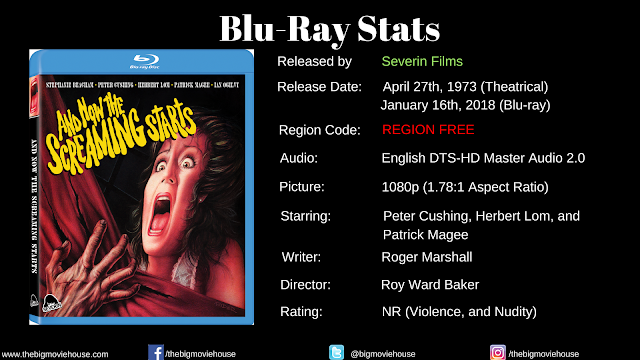 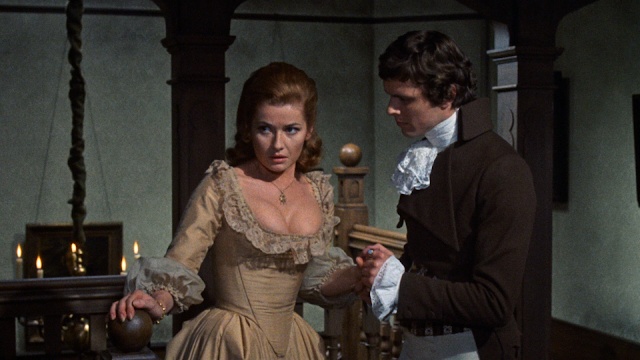 Allan Bryce, author of Amicus: The Friendly Face of Fear and David Flint, the author of Ten Years of Terror, take us around the house used in the film that is a very famous classic horror house. The house appears to be a tourist attraction now and that would be something cool to go to. This feature reminds me of the Horror’s Hallowed Grounds feature that showed up on a lot of Scream Factory blu-rays a few years ago. This feature isn’t scene specific like Hallowed Grounds, but we do get a nice look at the place as we are reminded of many of the films that were shot there.

Author Denis Meikle interviews the aging star as they barely talk about Amicus and focus more on Hammer, Christopher Lee, and Frankenstein. I wonder why this is on here other than it is Peter Cushing talking about his career, which I am always up for.

This all too brief talk with the author focuses on Peter Cushing while briefly talking about the decline British horror in the 70’s. This needed to be much longer to be worth the time. 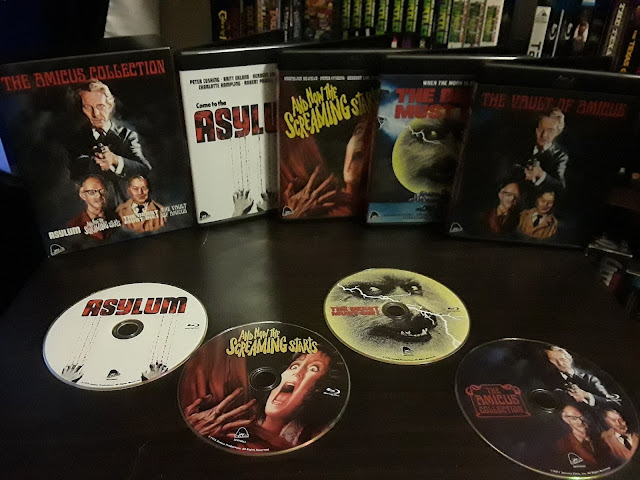 And Now The Screaming Starts is part of The Amicus Collection from Severin Films and can also be purchased separately. 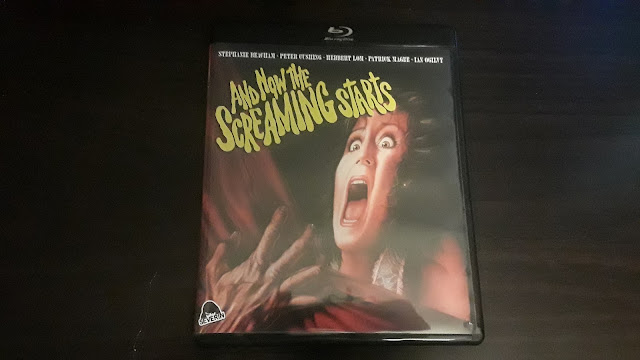 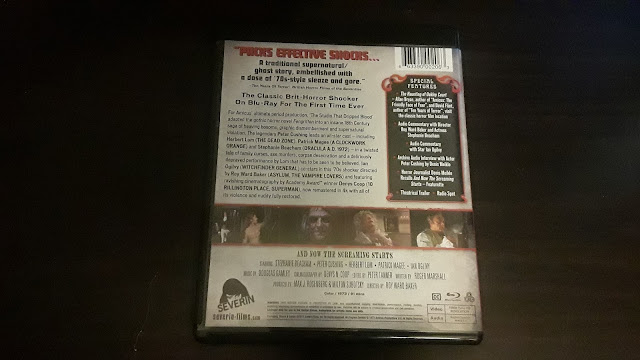 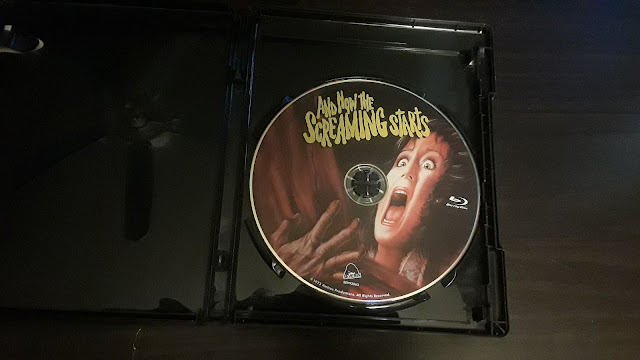 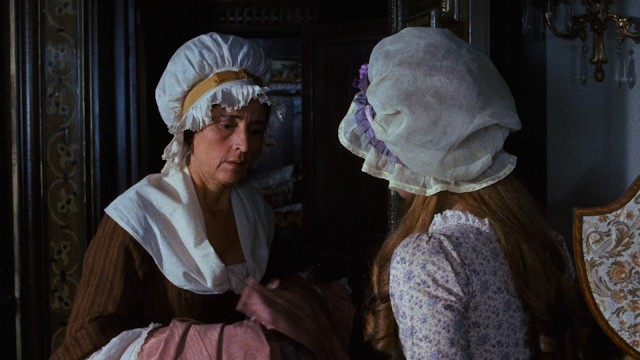 There has been a lot of talk about this set on various forums around the internet and the talk is pretty negative. People have been condemning the set, saying that it is an “abomination” and a “trainwreck”. I have talked about Asylum and how much I liked the picture quality even though there were some problems with the master.

Now, I am here to sing the praises of And Now The Screaming Starts and its transfer. This is a beautiful looking transfer. Colors are bright and vibrant, blacks are deep and true. There is a nice layer of grain and detail is very fine. Sure, the master hasn’t been remastered, meaning that there are scratches, white dots, and many other imperfections but I wasn’t bothered by them. Maybe I am used to seeing films in various conditions, but I could care less that Severin didn’t go in and do a total remaster. I am fine with that. Everything else is beautiful and the imperfections add to the experience of watching the film. 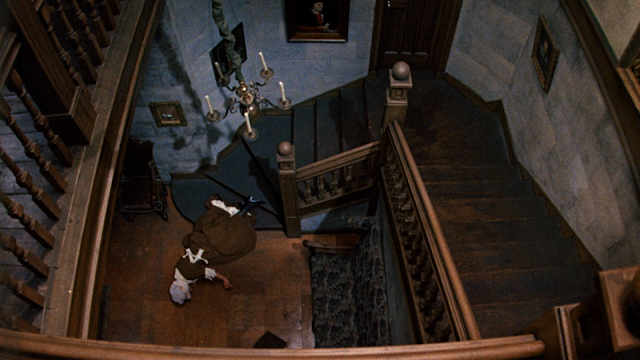 The included DTS-HD Master Audio Mono track is pretty good. Dialogue is crisp and clear and I didn’t detect any distortions in the track. The score and sound effects are also clear and wonderful to hear in lossless. 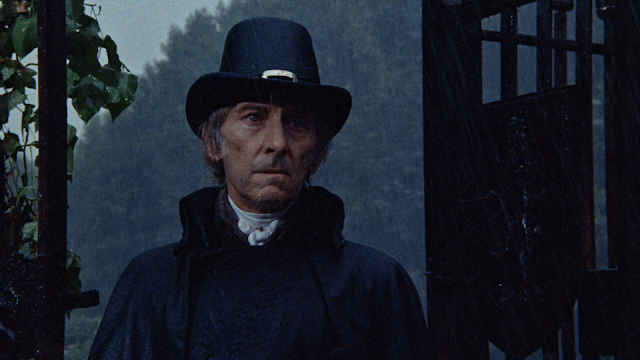 In 1795, in England, the young woman Catherine moves to the house of her fiancé Charles Fengriffen in the country to get married with him. When she arrives, she feels interest in the portraits of the Fengriffen family, particularly in the one of Charle's grandfather Henry Fengriffen, which seems to have a sort of evil entity possessing it. While admiring Henry's face, a severed hand attacks Catherine through the picture on the wall. Later, she gets married with Charles, beginning her journey of mystery, eerie apparitions, secrets and deaths, and having her days filled with fear and the nights with horrors in a cursed family.

I had a really fun time watching And Now The Screaming Starts. The film is pretty typical of British Horror at the time. The story is nothing new, but I liked the approach to it. We can tell where the film is going within about fifteen minutes of the film, but that doesn’t bother us because we are having fun.

Around the time And Now The Screaming Starts was made, British horror was on a major decline. Audiences were growing tired of watching the same film over and over again and they wanted something different. While Hammer tried to catch up with the times by ditching the gothic settings for more current times, Amicus saw that Hammer had left the gothic times and decided to give it a try.

Amicus’ attempt was not met with praise at the time of release, but it has since become a minor cult classic. The film is an easy film to watch. There is nothing below the surface so the audience can have an easier time enjoying the film. I could see the film playing on TV during the 80’s and 90’s and gaining an audience.

The film isn’t graphic either. Hammer was known for bringing blood to the screen in the 50’s and 60’s, but Amicus had a tendency to stay away from the blood and making their films more “family friendly”. There is a bit of blood in the film, but nothing that the kids would find too terrifying. There is a rape in the film, but it is done as tastefully as possible.

The film has tons of atmosphere though. There is a tension that builds as the film goes on and I found that to be exciting. With so many films trying to scare us with jump scares and jump scares alone, it is always nice to see a film that takes its time and builds suspense or tension. When the final revelations are revealed, we feel like we have been on a journey of sorts and that makes for a better film experience.

And Now The Screaming Starts is my favorite Amicus film so far. The film keeps a brisk pace and gives us more for waiting for things to happen. There are a few jump scares, but they feel natural and not tacked on. Peter Cushing rules the film as usual and the look and feel to the film are rather unique. I had a fun time watching the film and I think that many will too.

The blu-ray, from Severin Films, is really nice. The new 4K scan really brings the film to life in ways fans haven't seen since the film's release. The sound is really good too. The special features, while not as good as the ones found on the Asylum disc, are good. Fans will love the special features. I would recommend this to fans of the film and to those that just want a good, old fashioned ghost story. 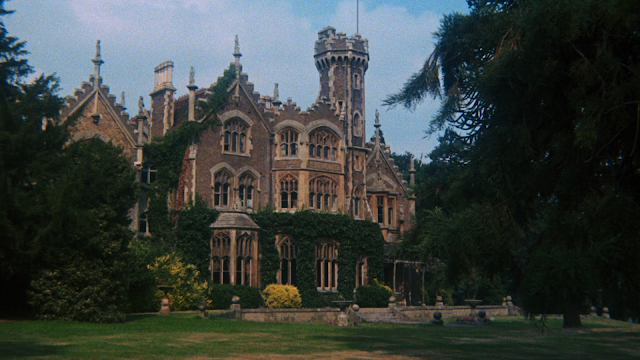 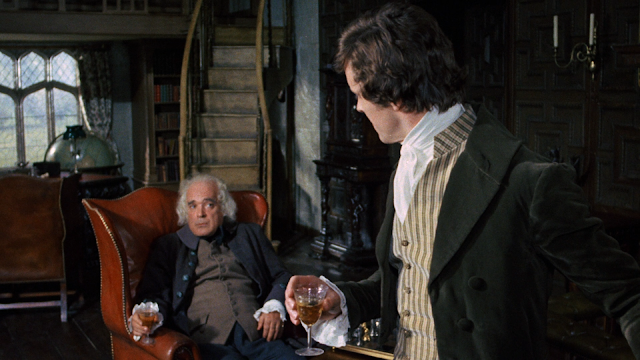 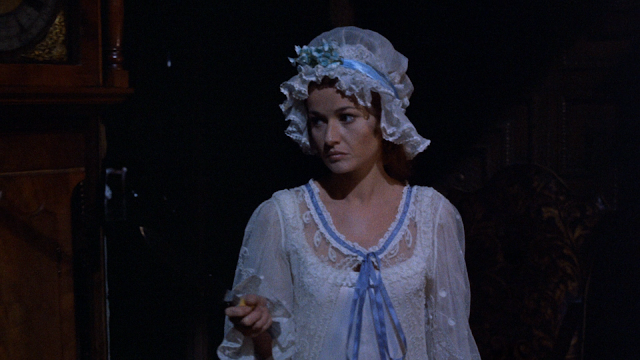 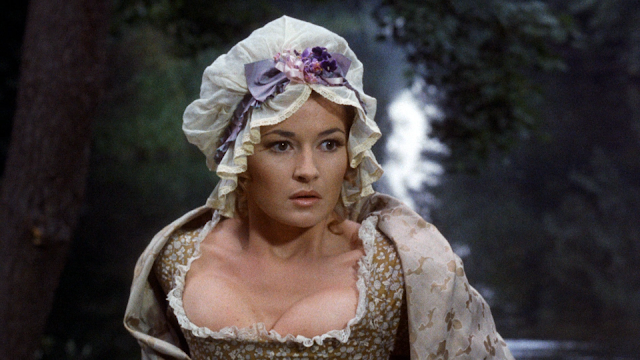 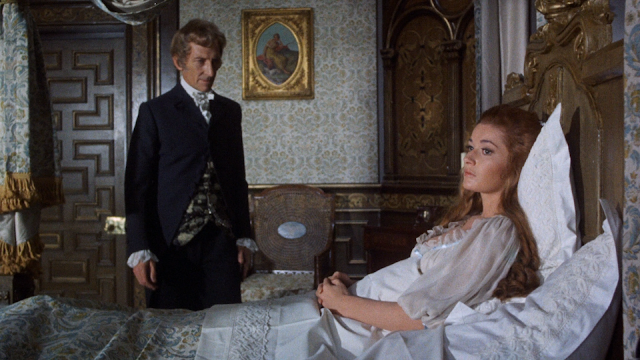 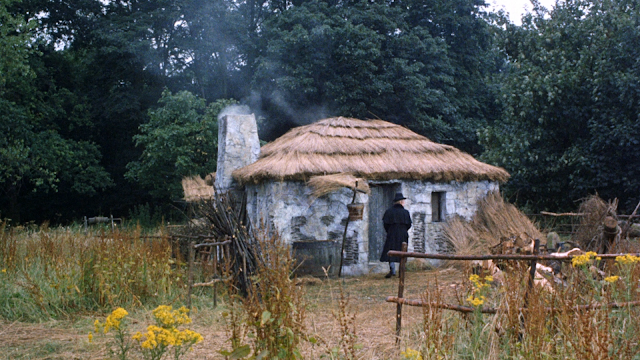 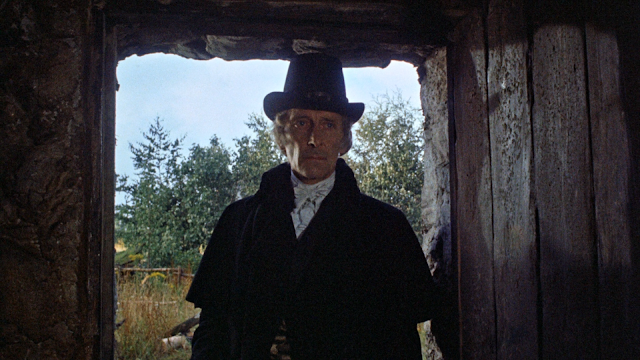 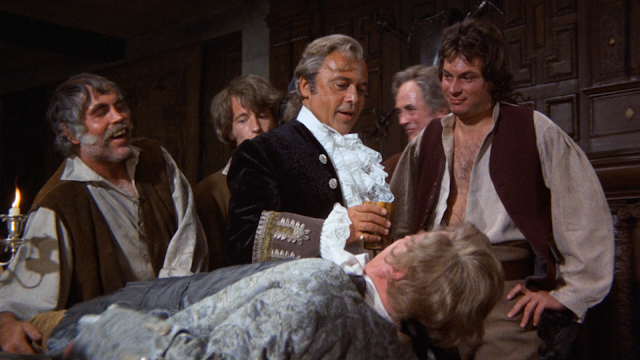 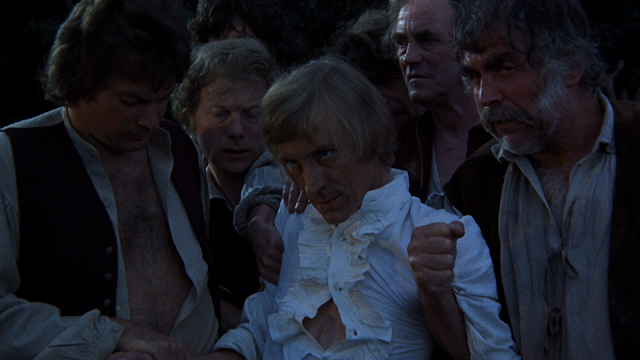 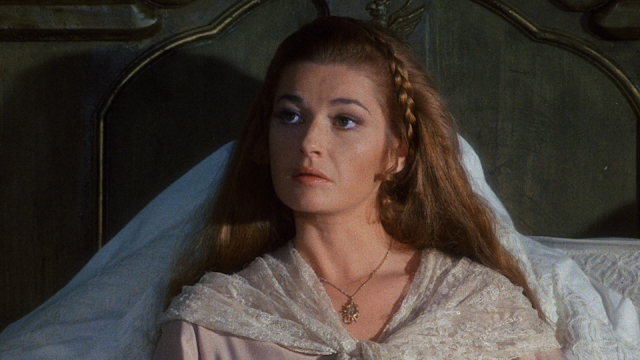 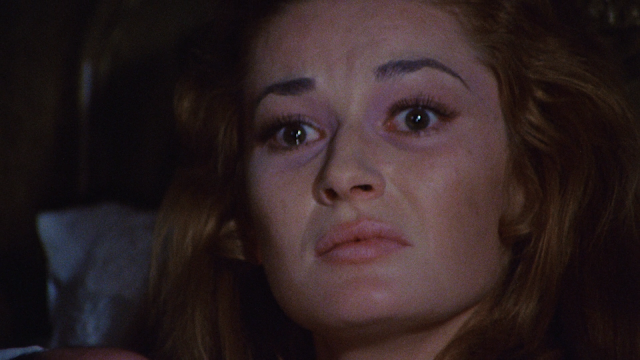