The Year of Argento: The Bird With the Crystal Plumage (Arrow Video) Blu-ray Review + Screenshots **Updated**

The Bird with the Crystal Plumage is the film that kicked off the giallo craze in the early to mid 70's, even though it was not the first. The film has all the mainstays of the giallo while trying some of its own things. 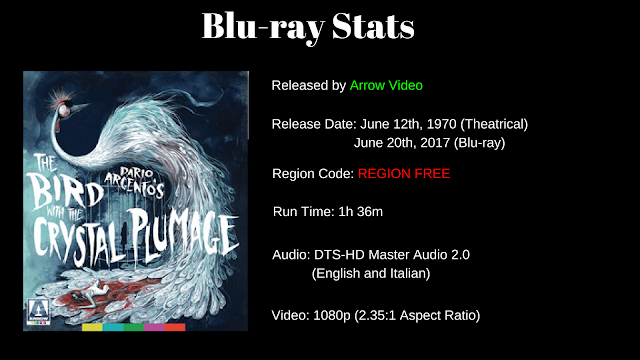 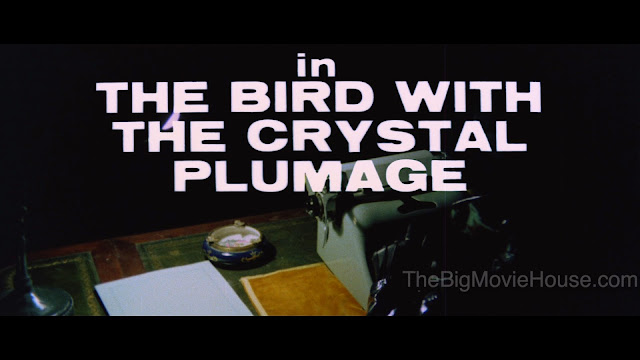 Film critic Kat Ellinger explores the film's themes and its relationship to the giallo and Fredric Brown's novel The Screaming Mimi.

I thought this was a very well done and researched featurette. I always love new ways of looking at films.

Visual Essay by author Alexandra Heller-Nicholas that looks at the theme perception and the               role that art plays in Argento’s filmography.

Another wonderful visual essay. Arrow needs to keep having these made.

Interview with Dario Argento in which he discusses how the film came to be as well as his first time  directing. This interview is filled with a lot of really good stories. In Italian with English Subtitles.

Interview with actor Gildo DiMarco. In Italian with English Subtitles.

Archival interview with the late Eva Renzi. Even though she calls the film “a career killer”, she has fond memories of making the film. She loved working with Argento, but she thought that Mustane was very ego centric.

All of the same special features and the film, only in standard definition. 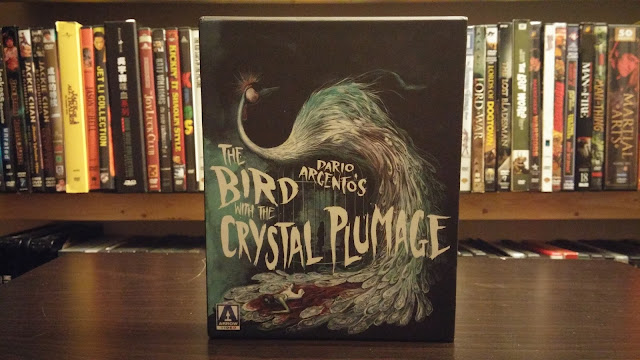 The blu-ray/dvd combo comes inside of a chip board box like that used with the last Argento film Arrow released, Phenomena. The box is very sturdy and feels nice in the hands. The artwork on the cover by Candice Tripp, who also did the cover for Phenomena. She is an excellent artist. Just look at the above cover art. Just amazing. You can see her other art projects at www.candicetripp.com 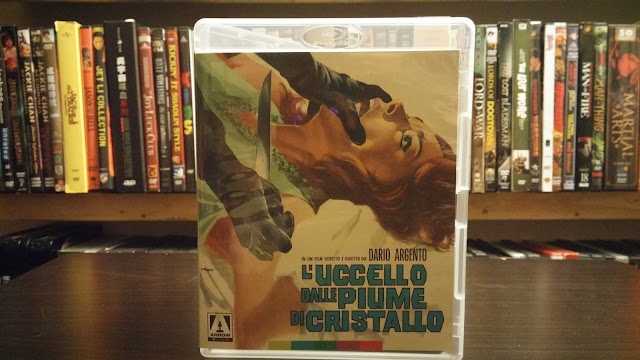 The reverse side of the cover art is the original Italian movie poster. While it does look really nice, it doesn't fit the motif that Arrow and Candice Tripp are trying to go for. 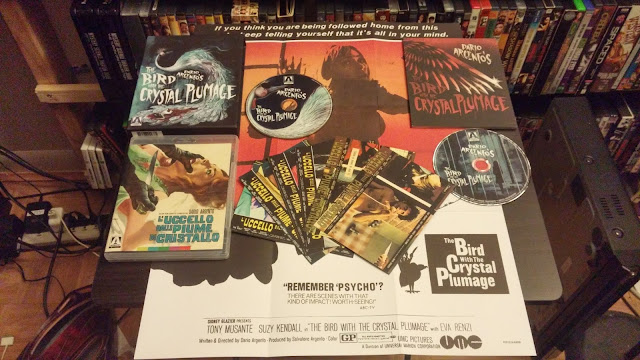 Also inside the box a sixty page booklet with writings about the film, a reversible poster with the one side being the one in the picture and the other being Candice Tripp's amazing artwork. There are also six postcards included as well.

The blu-ray and the dvd are both REGION FREE. 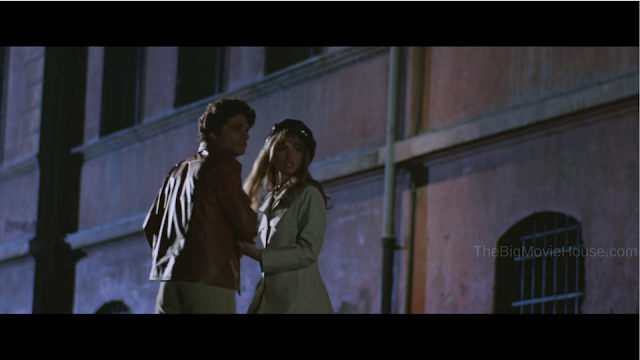 Remastered in 4K from the original camera negative in the film’s original aspect ration of 2.35:1, The Bird with the Crystal Plumage looks phenomenal. There is a high level of detail, especially in close-ups. The colors pop right off the screen and there is an absorbing 3D effect that makes us feel like we are there with the characters. Black levels are deep and there is a nice layer of grain that gives the picture a very film-like feel. All in all, this is an amazing transfer. 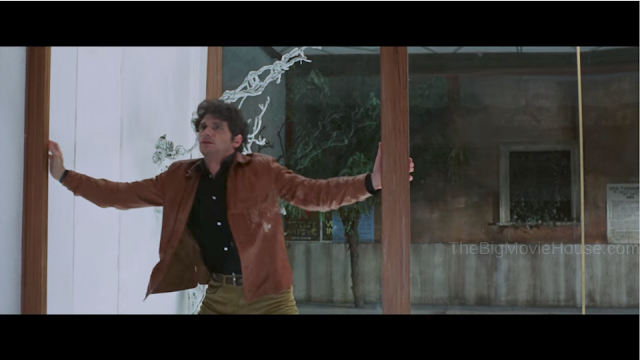 We get both the original Italian and English soundtracks in lossless DTS sound. Both tracks sound great with no distortions to either tracks. The English track does sound more robust with more sound effects to make for an all around richer experience. The Italian track is missing a lot of these effects. That by no means makes the Italian track worse. It just means that the tracks are a bit different. 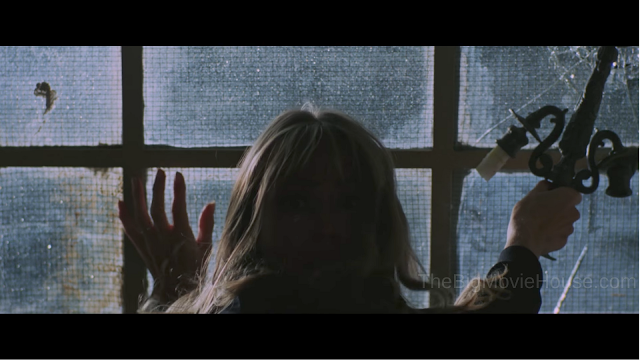 Sam Dalmas (Tony Musante, We Own the Night), an American writer living in Rome, inadvertently witnesses a brutal attack on a woman (Eva Renzi, Funeral in Berlin) in a modern art gallery. Powerless to help, he grows increasingly obsessed with the incident. Convinced that something he saw that night holds the key to identifying the maniac terrorising Rome, he launches his own investigation parallel to that of the police, heedless of the danger to both himself and his girlfriend Giulia (Suzy Kendall).


I can not believe that I am saying this, but this is the third Argento film that I have seen. I don’t know why I was sitting on the sidelines for these films, but I was. As I sit down and watch each one, I think that I could have been watching these all along, but I also think that I am in a special spot. Everyone else has seen these films, often more than once, and they can never go back and watch them anew. I AM seeing these films for the first time, so I can bring some of that wonder that fans long for.

This film was Argento’s first film, but you would never know it. He is a confident first time director and he leaves nothing to chance. His framing is perfect for a thriller like this, using the whole frame to tell the story, not just the center. His pacing is also emaculate. I was afraid to watch this film, as I feared that I would run into the same problem that I had with Deep Red. There I thought that the film overstayed its welcome. (I know. Talking badly about Deep Red, how dare I?) Luckily, Bird is a different story. The film is paced like a razor blade: sharp and lean. There is no fat on this meat.

The Bird with the Crystal Plumage is a wonderful giallo, filled with many thrills and red herrings. Even though I did figure out who the killer was, I did not figure out the way of the killer. Outside of that, I loved this film. I still like Phenomena better, but this is a strong second. 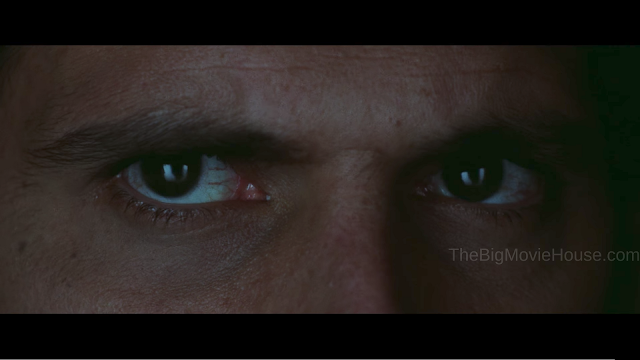 The Bird with the Crystal Plumage is a great film. It is exciting, fast paced, and will keep you guessing. Argento really put himself out there for his first film and he hit it out of the park.

The blu-ray is really good as well. We get a lot of looks at the themes of the film and a great commentary track. The only thing that I did not like is that the Power of Perception extra spoils a lot of Argento’s films. They put a disclaimer at the beginning about this, but I still wanted to enjoy the special feature. I kind of wish that I hadn’t, but we all learn from our mistakes. Buy this blu-ray! 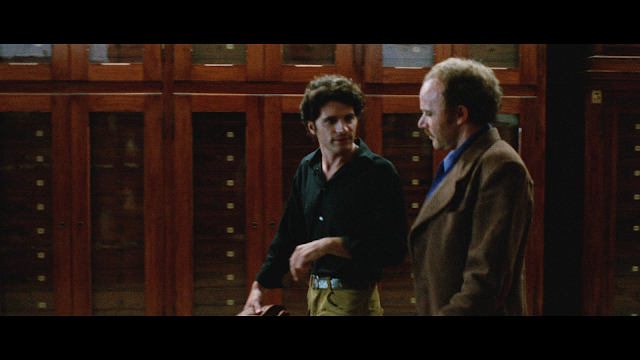 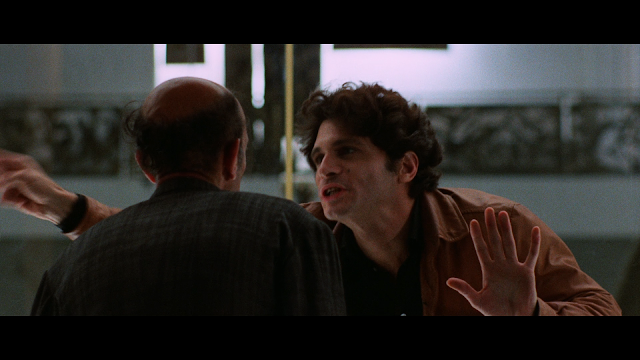 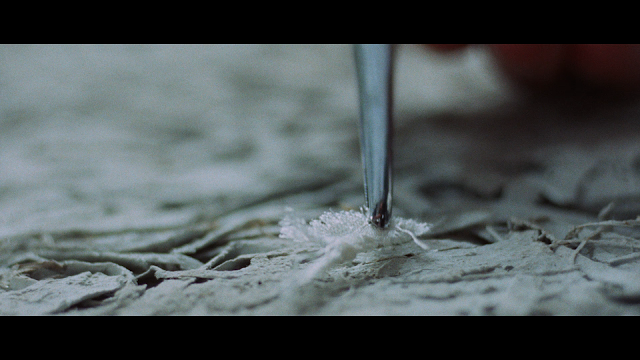 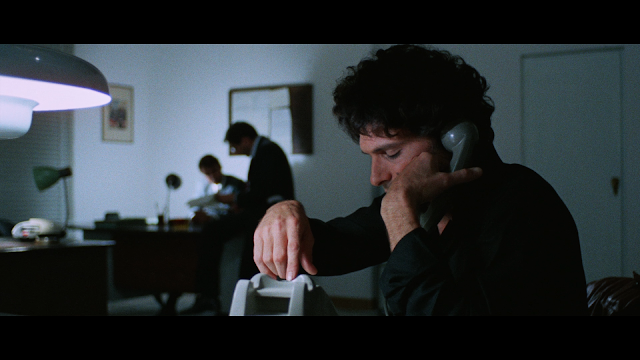 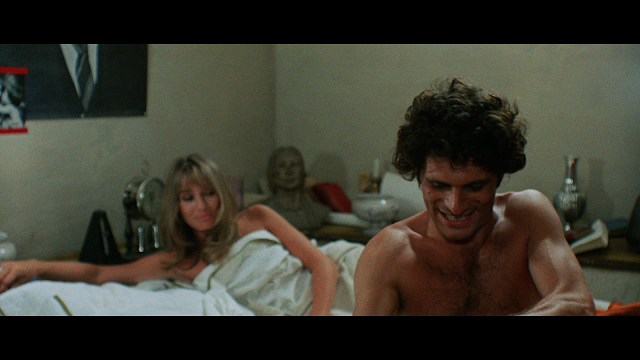 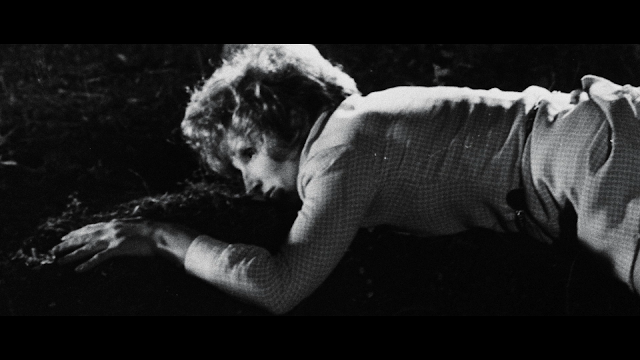 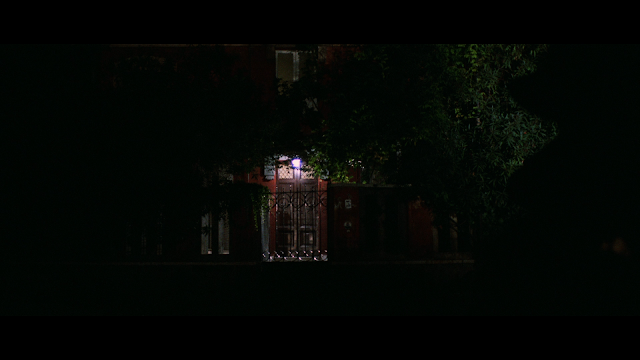 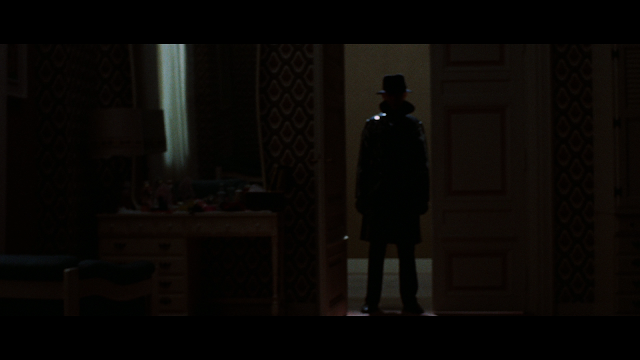 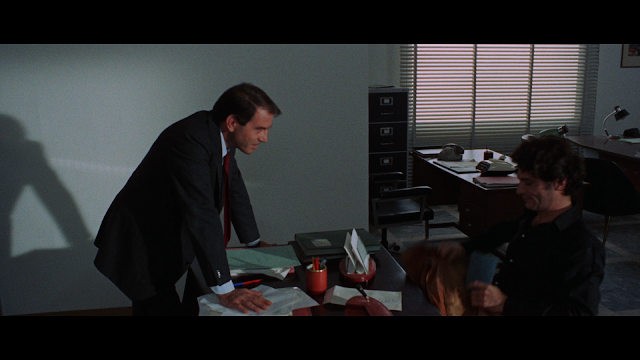 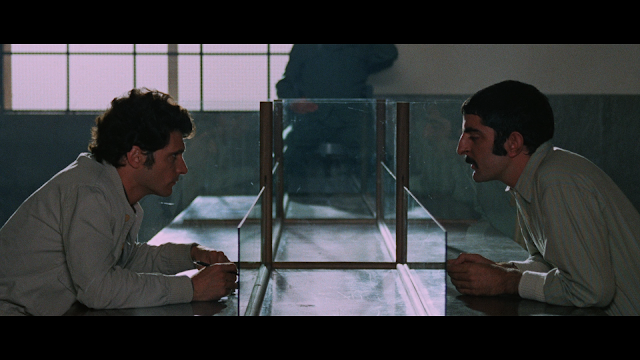 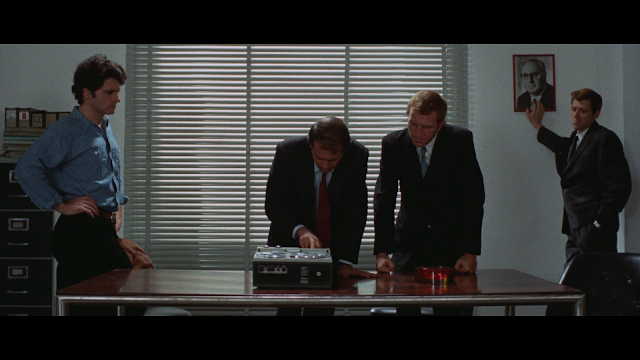 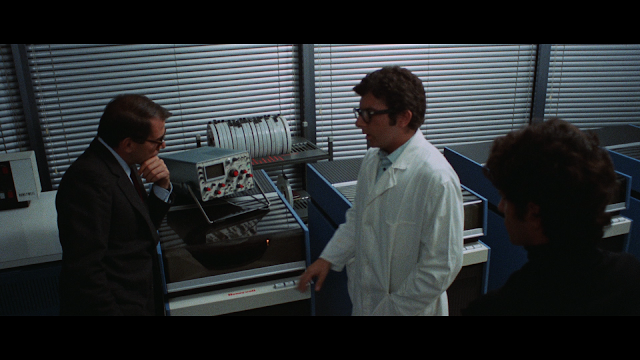 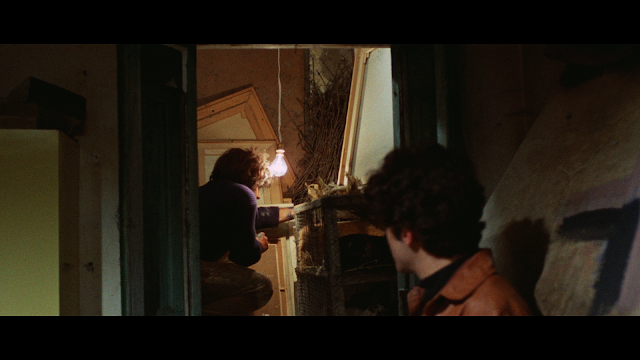 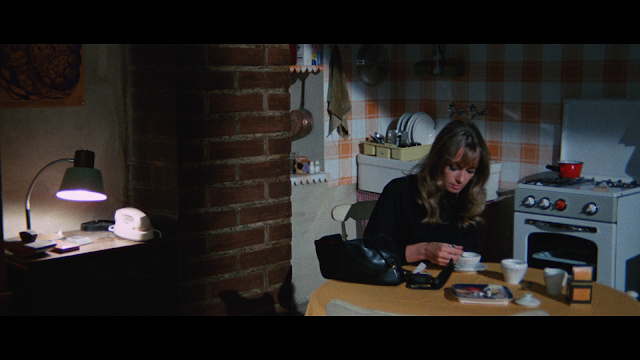 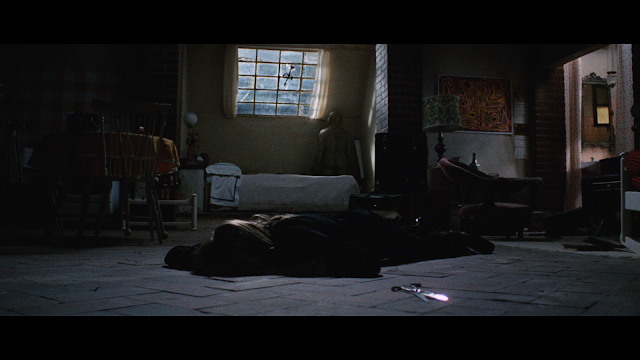 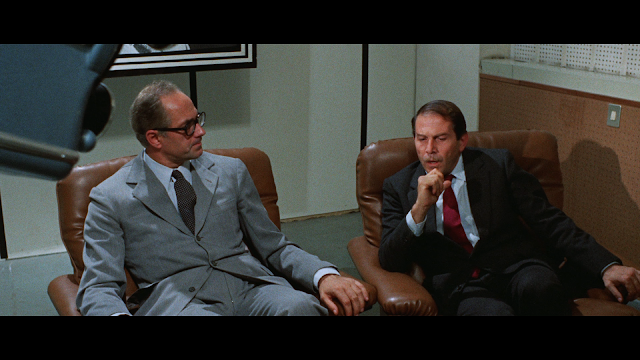