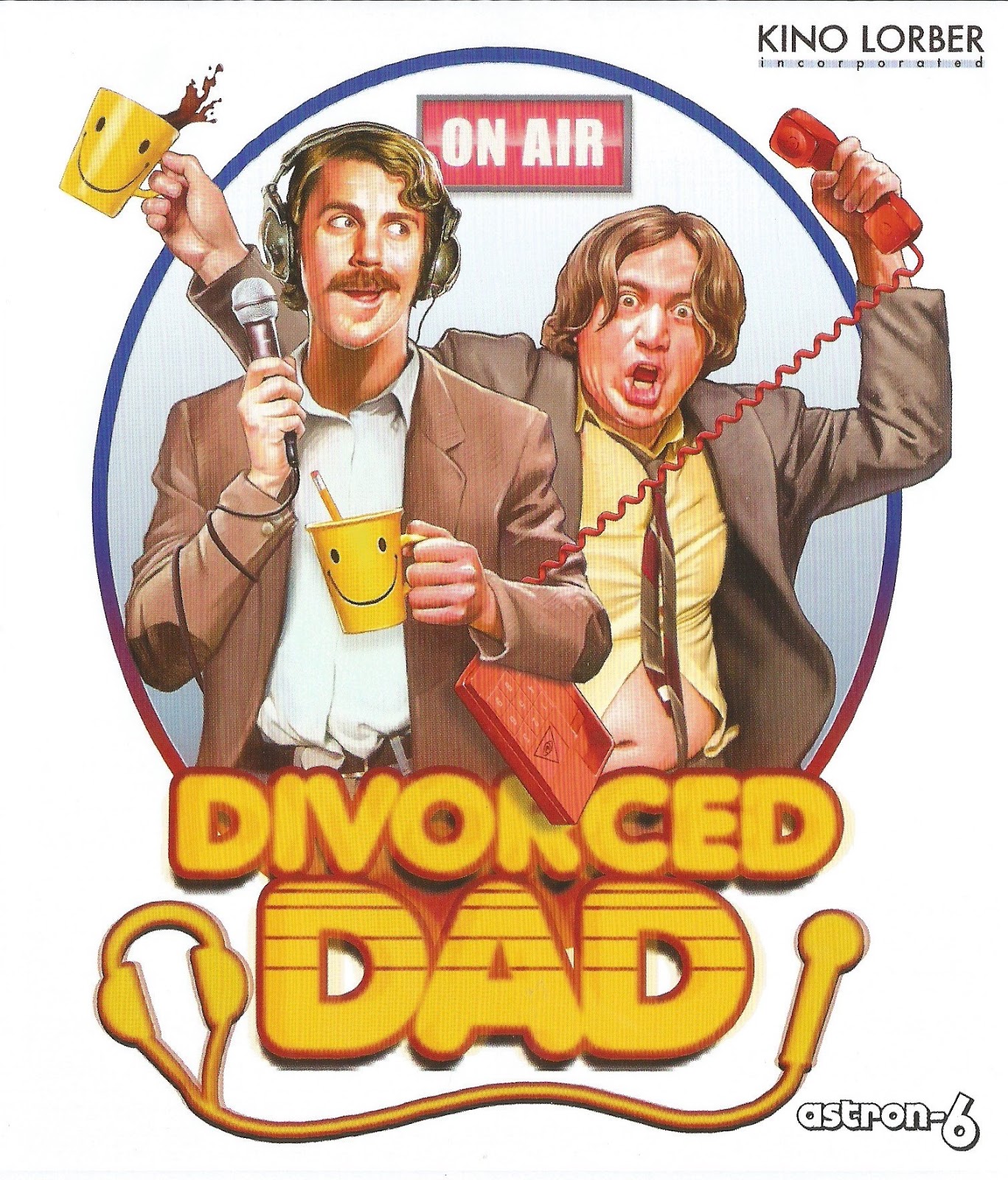 Banned from YouTube, Divorced Dad is a really funny, vicious satire of cable access shows along with one man's slow descent into madness. Brought to us from the hilarious Astron-6, Divorced Dad is something that you may not know that you will like, but should check it out. You know, just to see. A mockumentary show hosted by Divorced Dad and Gilles that focuses on life after divorce.


DIVORCED DAD is a spoof of cable access shows from the brilliant fellows know as Astron-6. These guys got their start making short films that they would post to their website (Astron6.com) and Youtube. They made their first and second feature-length film in the same year (2011). FATHER’S DAY would see release first as the effects needed for MANBORG took years to create, who also financed the film. MANBORG would see release a few years later. Both films couldn’t be more different, but both feel like Astron-6 films. The comedy is there as is their take on the genres the films take on. Their last feature-length film, THE EDITOR, would see release in 2015 and become their most popular film.

Astron-6 decided to make a web series as their next effort and the result was DIVORCED DAD, a show that is easy to love, but isn’t for everyone. The show stars Matthew Kennedy as the titular Dad, who is the host of Divorced Dad, a cable access show where the Dad tries to show what life after divorce can be like. He is joined by a co-host, Gilles, played by Gilles Degagne. Both men love and hate each other with Gilles wanting to do his own thing while the Divorced Dad slowly loses his mind.

As with anything that Astron-6 makes, this show is never what it seems. The first episode plays out like what would think a show like this would play out until it turns into a horror show. The second episode is something that I have never seen before and I dare not spoil what happens as it is best to not know.

During these episodes, we see Divorced Dad get angry over the smallest things and enter into a world of his own nightmares. These sequences are shot much differently than the show is. The show is made to look like it was made 30 years ago with aging to the footage to make it have that crappy, aged VHS look to it. The nightmare footage is clean and well shot, making it completely different from the show. These nightmare sequences don’t make much sense, but how many times do your dreams make sense?

I loved DIVORCED DAD. The show is very funny and leads you in directions you had no idea you were going down. There are scenes here that are shocking, but that is the point. The show was even banned from Youtube because of the fourth episode, which is weird because the stuff that happens in the second episode is the stuff you would think that Youtube would have had problems with. This show is not for everyone, but it does reward you for getting what they were giving you. DIVORCED DAD is made to look like a cable access show of old which means this footage looks like crap. That is the point and this transfer does the job right. Everything that you remember from the VHS days: the problematic picture, wonky colors, and lack of definition are all captured perfectly.

The sound is also good as well, capturing the low-fi nature of the shows of old. 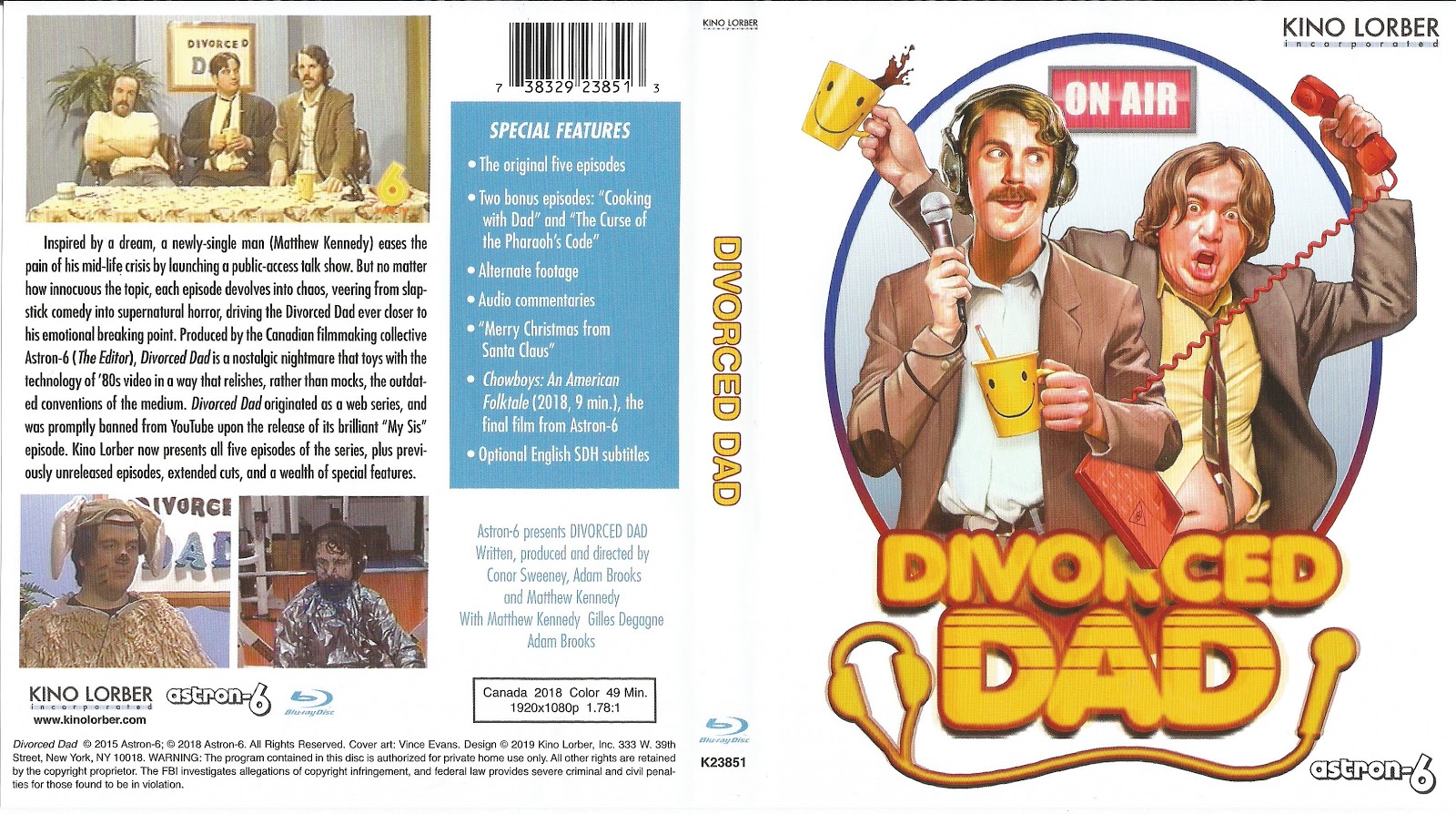 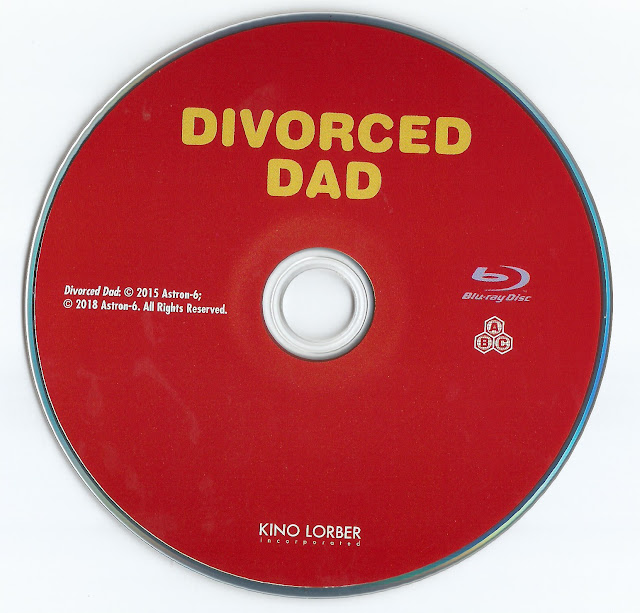 With all of their other releases, except for FATHER’S DAY, which Troma would not allow the already created special features onto the disc but that is a story for another day, Astron-6 gives us some great features. The commentary tracks give us all the info we would ever need for DIVORCED DAD. The extended scenes were cut for good reasons, but I don’t think those reasons were ever “this isn’t funny”. The real draw here, though, is CHOWBOYS, the supposed last film from Astron-6. I hope that this isn’t last, but it is a pretty good short film to out on. The film is funny, creepy, and delightfully gory, CHOWBOYS is the Astron-6 we all know and love and a film that everyone should see in not for a wonderful Mr. Ed joke. DIVORCED DAD is a very funny show that I would love to see more of. It doesn’t seem like Astron-6 are going to be making anything together anymore which is a shame because these guys deliver every single time a bat. They are a unique sense of humor that lends itself to just about everything and they make films that need to be seen to be believed. The blu-ray, from Kino Lorber, is a wonderful release with some great special features. I had a lot of fun with this release and wish that there was more.