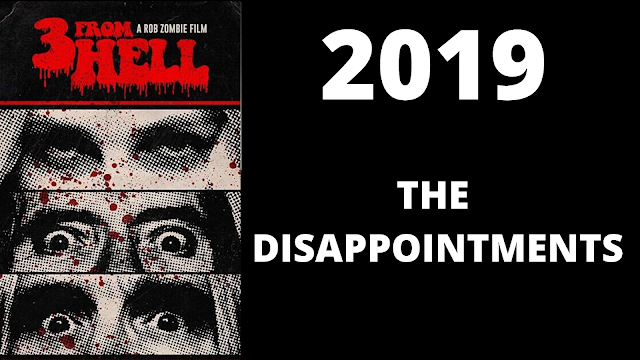 Every year, there are some films that you don't necessarily find bad nor do you find them good. These are the films that had the most potential lost in 2019. 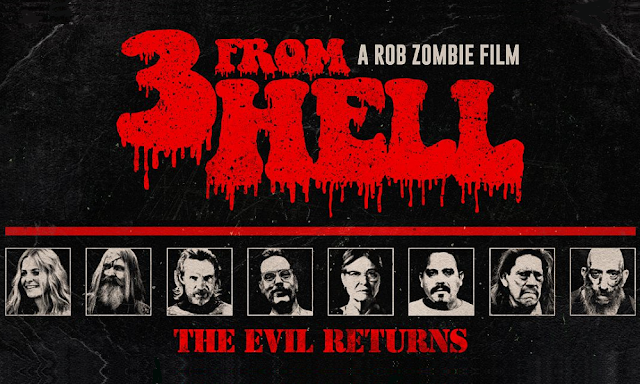 Rob Zombie has had a rough 2010’s. Both Lords of Salem and 31 were met with less than enthusiastic responses. This meant that there was a lot riding on 3 From Hell and Zombie failed to deliver yet again. This should have been a slam dunk for Zombie as his this is the third film in his hugely popular “Devil’s” trilogy, with The House of 1,000 Corpses and The Devil’s Rejects. 3 From Hell is the worst in the series with nothing feeling right outside of the first 20 minutes or so. Had Zombie just kept going with the documentary that opens the film, I think he would have had something, but all he does is rehashes The Devil’s Rejects but making it worse. There is way too much CGI (especially for a gritty film like this), nothing is scary, and it all feels like a rush to make something because Zombie got funding. This is one of Zombie’s worst films and a complete disappointment. 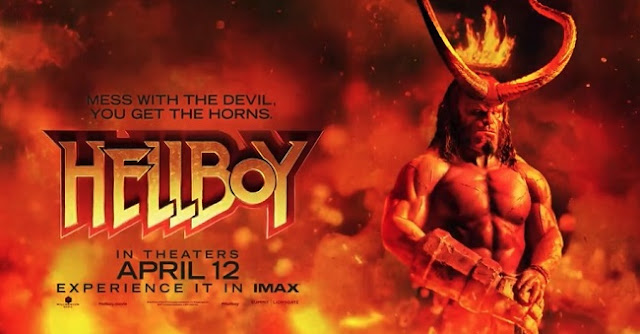 I went into this version of Hellboy with some optimism. While I think that the Guerillmo del Toro Hellboy films are some of the best comic book films ever made, I wanted to see why del Toro’s pitch for a third Hellboy film was rejected. Man is this film a mess. There is some really good stuff here, including some great jokes and impressive gore. The problem here is that the film gives us too much exposition and runs way too long for what it is trying to do. Also, there are questionable lore and characters who do things only because the script says to do so. I really wanted to like this film as I like director Neil Marshall, and after hearing what the producers and some of the actors did to Marshall, this film deserved what it got. The producers and Hellboy creator Mike Mignola should have let del Toro finish out his trilogy as the first ten minutes of his film would have been better than anything found here. 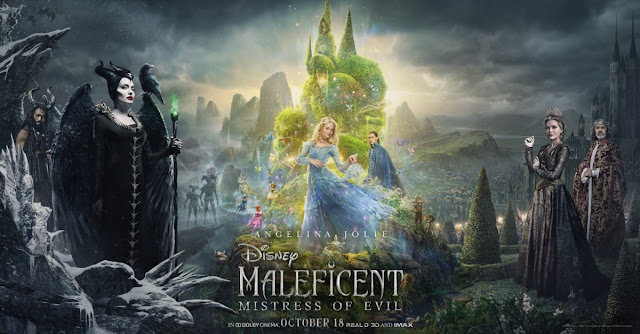 Maleficent from 2014 was a great film that I had a lot of fun with, so I had some very good feelings about this sequel, especially after Disney started advertising it as a horror film. I knew that Disney would never really let the film be scary, but I had hope, again, based on how good the first film was. The film started out promising with what would turn out to be the only horror scene in the film, but then it just turned into a CGI mess. The film has some interesting ideas but does nothing with them and the film falls into traps that other unnecessary Disney sequels like Alice Through the Looking Glass and Muppets Most Wanted. I think that the next time Disney has a film that was a bigger hit than even thought it would be, they should resist the urge to make a crappy sequel. 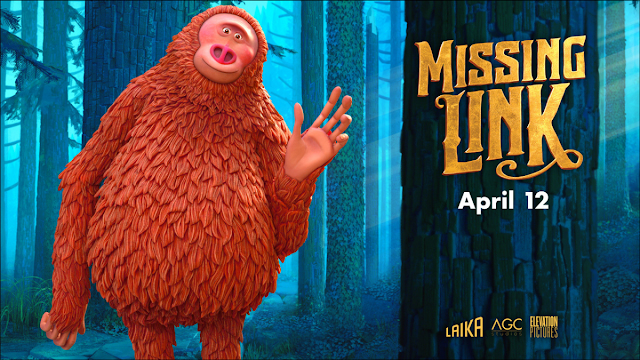 Laika is a studio that I love. From their debut with Coraline to their Asian inspired Kubo and the Two Strings, they have yet to make a bad film. That was until they made Missing Link. This is a bad film through and through. I honestly have no idea what made them want to make a film about Big Foot, but I wish that they had done something else. They also rely way too much on big names to help sell their film. Before, they would maybe get a big name or two, but not really advertise that a film had big names until after the film was released. They did this with Kubo and the Two Strings and it worked very well. This time they push those names to the front and it hurts the film because they clearly were making the film for the names. The animation is still the best out there, but it is to the service of a half-baked film. Hopefully, Laika can get back to doing the quality films they were known for doing before Missing Link. 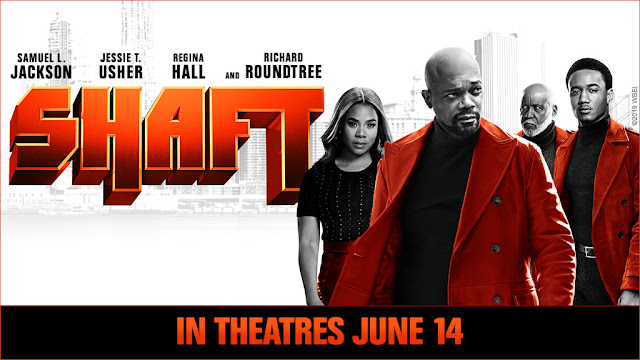 The first four Shaft films are all serious films. That doesn’t mean that there isn’t comedy within those films, but they were always presented as serious action/thrillers. For some reason, the filmmakers on this Shaft film (the THIRD in the series to be called “Shaft”) decided that it would be a good idea to make the film a comedy and take the seriousness of the previous films and minimize it. What we get is a very poorly told film with one of the most annoying leads I have seen in a film all year, spouting out one-liners and jokes like they had just looked them up on the internet right before yelling “action”. This is the poorest excuse for a “Shaft” film and that is saying a lot because there is a film in the series where Shaft goes to Africa like he is James Bond. And why do studios keep giving Tim Story films? The man has proven time and time again that he has no idea what funny actually is and is even worse when it comes to action scenes. Please, for the love of God, stop giving Tim Story films as he fucks them up every time.