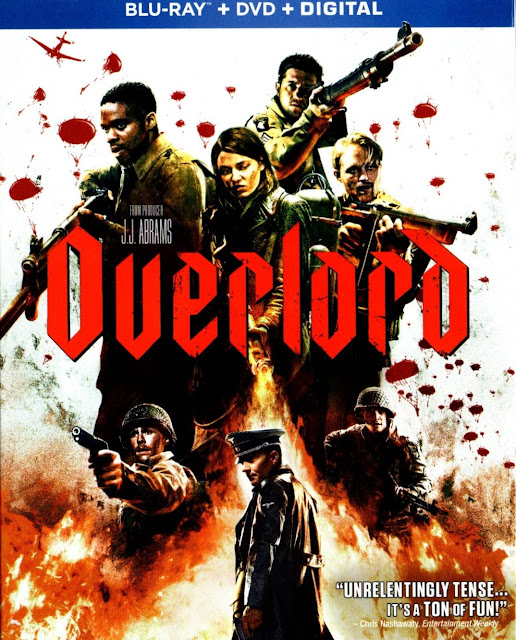 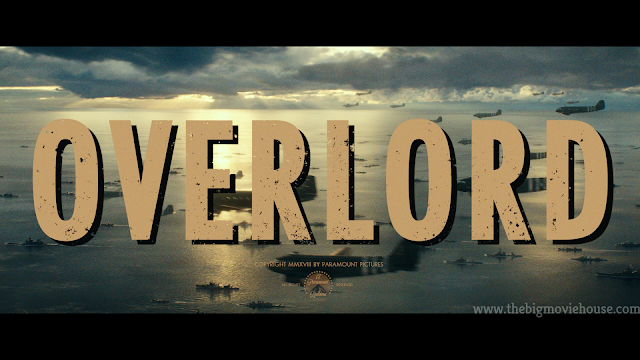 On the eve of D-Day, the 5th of June, 1944, several American paratroopers are dropped behind enemy lines to carry out a mission crucial to the invasion's success: destroy a radio tower built in a little castle of an old French town that the Third Reich uses for communication between Berlin and Normandy beaches' bunkers. Due to the intense enemy fire, the planes are shot down and most soldiers die in the landing or are killed by the Nazis' night patrols after they land. However, a private named Ed Boyce survives to find Corporal Ford, a last-minute incorporation from Italy and a veteran expert in bombs and explosives, rogue sniper Tibbet, war photographer Chase, and finally private Dawson. After they watch the killing of their superior Sargeant Eldson by a Nazi night patrol, Ford becomes leader of the group and they try to get the town with the tower in order to complete the mission. In the forest close to the town they meet Chloe, a villager who assists the soldiers in her home with her elderly aunt and little brother Paul. But the mission gets complicated when, by accident, Boyce ends up inside the Nazi radio tower, only to find horrible secret experiments with human beings that could empower a victory for Hitler and would change the fate of the world forever. With D-Day approaching, Boyce and the others begin to realize there is more going on in this Nazi-occupied village than a simple military operation. They not only have to fight against soldiers to destroy the radio tower, but also against the results of the experiments to turn the entire place to ruins. All this before dawn and Hitler gets his Third Reich of a thousand years that he promised.


2018 wasn’t the best year. There were more films that I was disappointed with than anything else and that is never a good thing. One of the films that could have been on that list of disappointments was Overlord. Here is a film that we don’t get on the big screen very often: a nazi zombie action horror film. The film is well made with some great directorial flourishes that include two very impressive “oners” with one at the beginning of the film and one at the end. The film also uses CGI and practical effects the way they should be used: together. This makes the film so much more believable than most Hollywood films out there. The film is also very violent and gory which is always welcome in any horror film. I thought that the Nazi zombie plot would have grown stale by now, but it works here. The film is scary, exciting, and fun as hell. 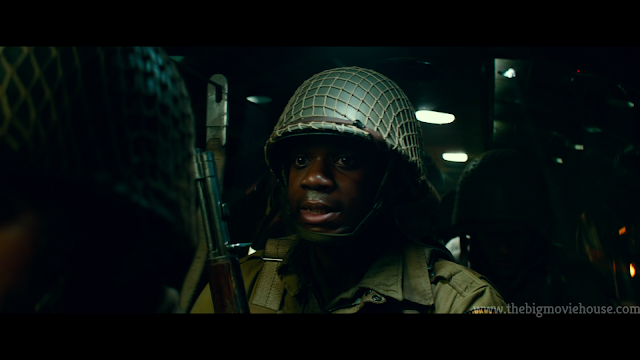 Being a brand new film, Overlord looks amazing on blu-ray. Detail is incredibly high especially when close-ups are involved. Colors are a bit muted, but the greens of the forest that surrounds the town really pop as does blood. Skin tones look great as well.

The sound, coming in all different forms, is absolutely breathtaking here. The main track is a Dolby Atmos track and the track is one of the more active tracks out there. Every channel is used and used right. Sounds bounce around the channels and immersion is incredibly impressive. Balance is handled just right.

Overlord comes to us courtesy of Paramount Pictures 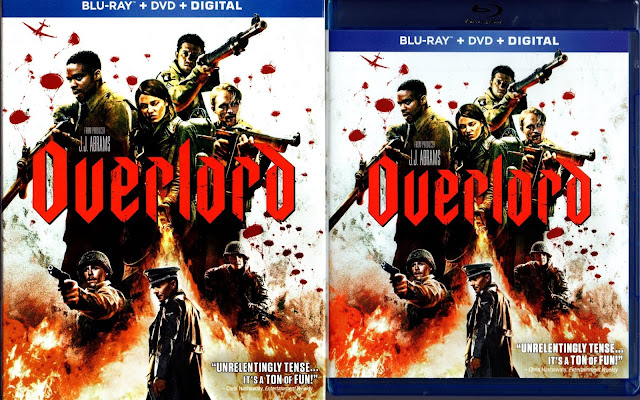 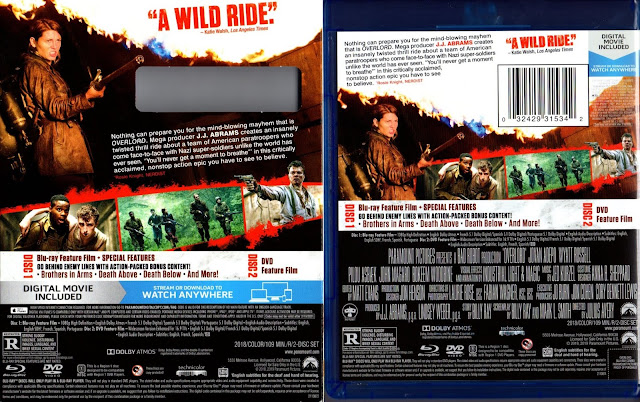 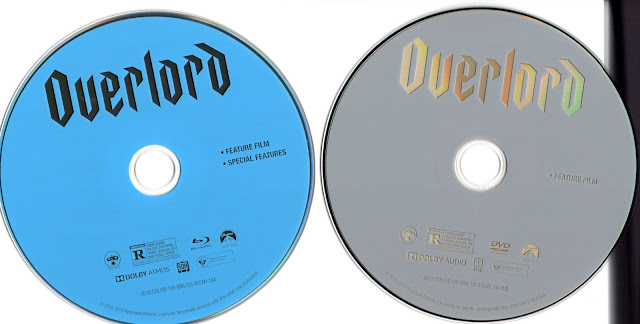 The blu-ray disc is Region A and the DVD is Region 1. 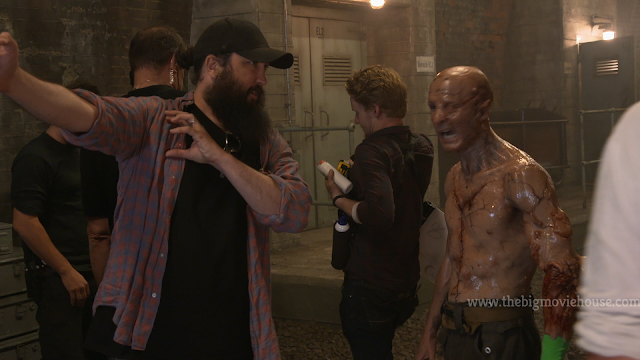 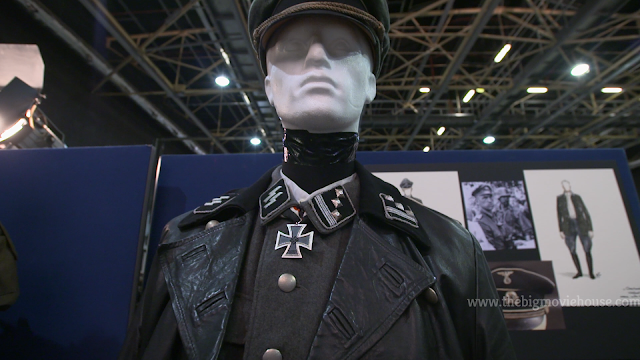 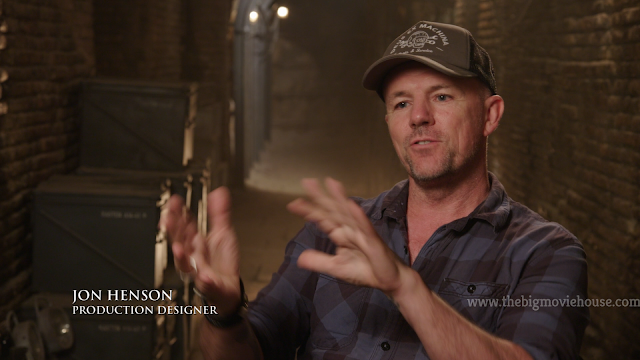 This doc is a pretty good one, covering all of the aspects of the film. There are some really good stories from the set as well as a ton of behind the scenes footage. While I would have loved a commentary track, the only real thing that is missing is the film’s theatrical trailer. The trailer is a brilliant piece of editing and what sold me on the film. It should have been included. Paramount included the trailers on the recent Mission: Impossible-Fallout blu-ray so why couldn’t this film’s trailer be included? 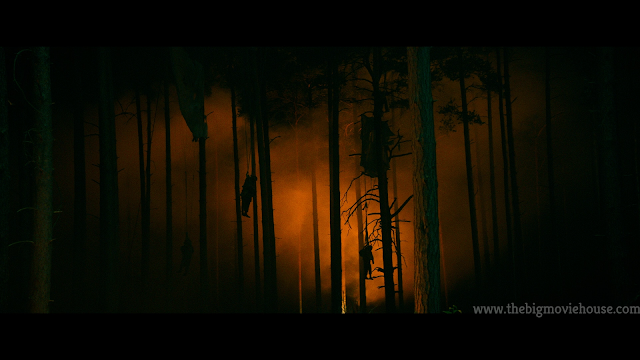 Overlord is an incredibly fun film, one that we don’t get too much anymore. It is a great horror film, a great action film, and a great war film. If you have any doubts, let them go and watch the film. It really is a lot of fun and is one of the best films of 2018. 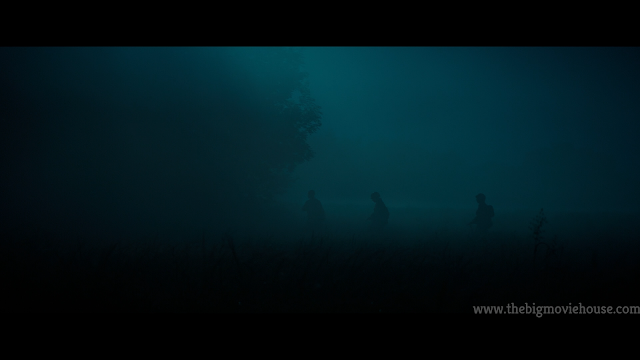 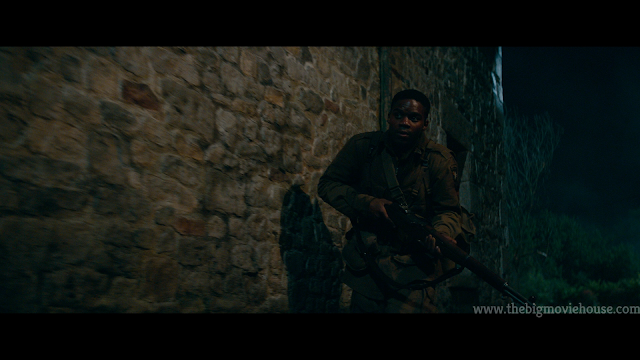 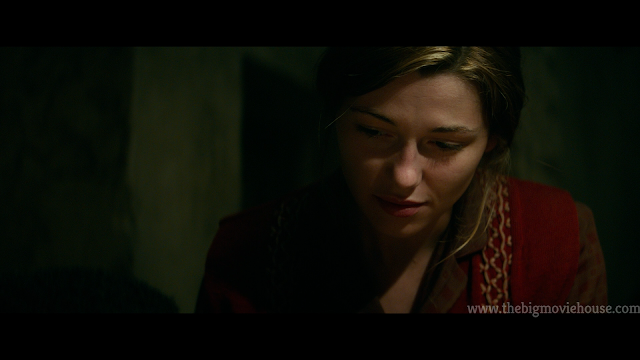 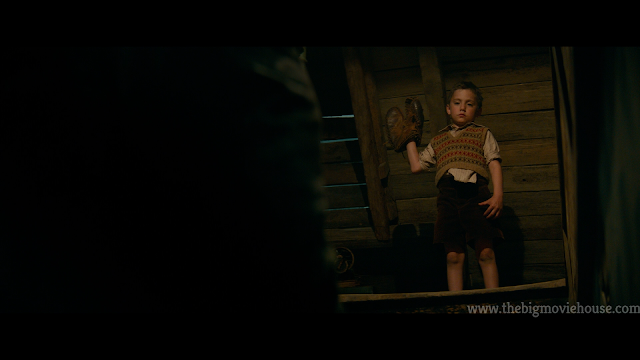 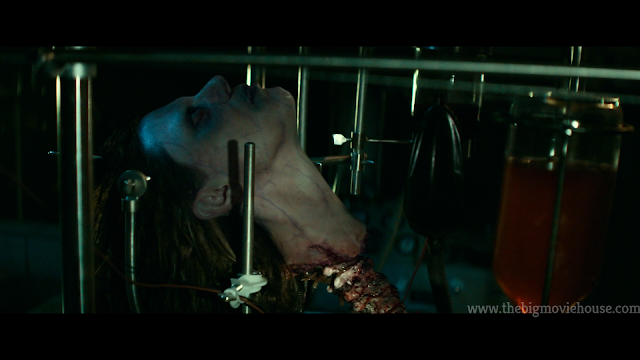 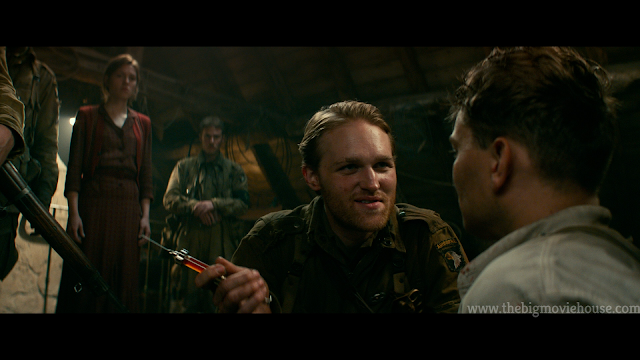 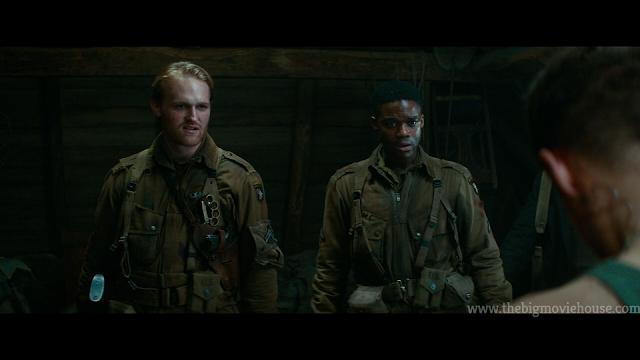 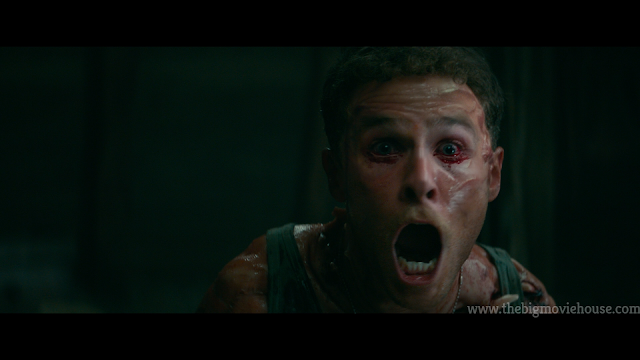 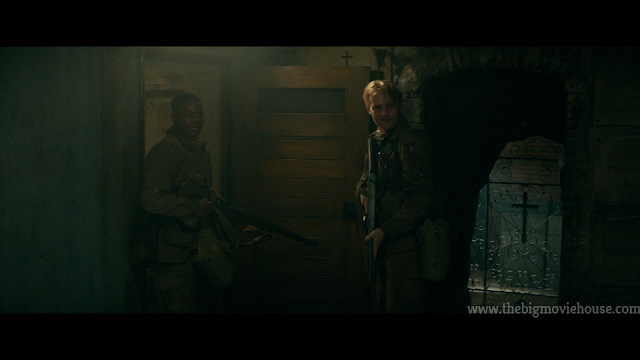 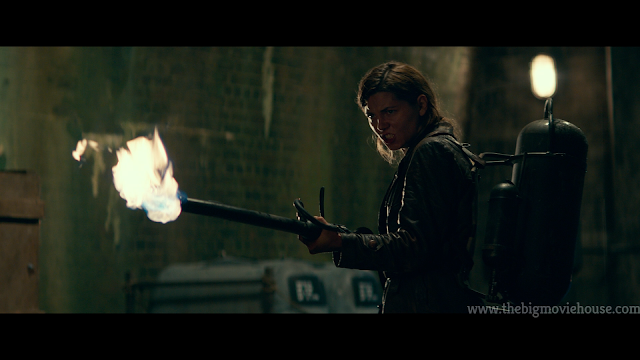 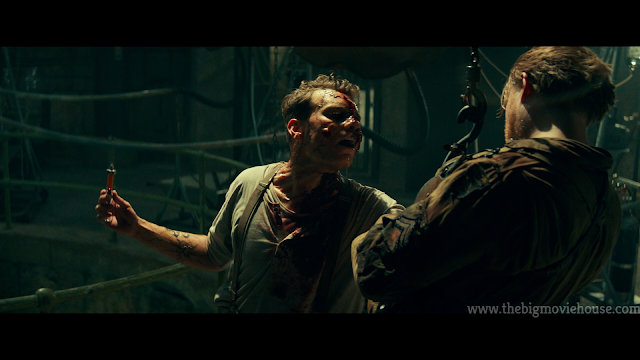 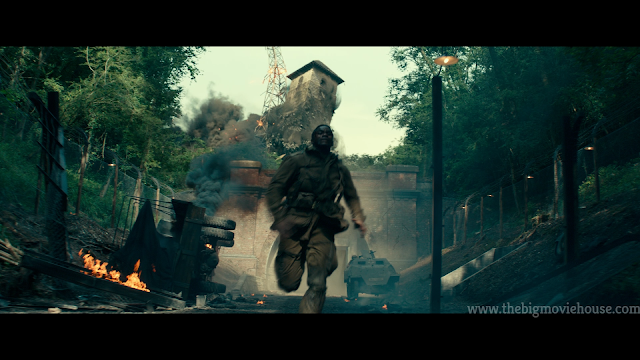 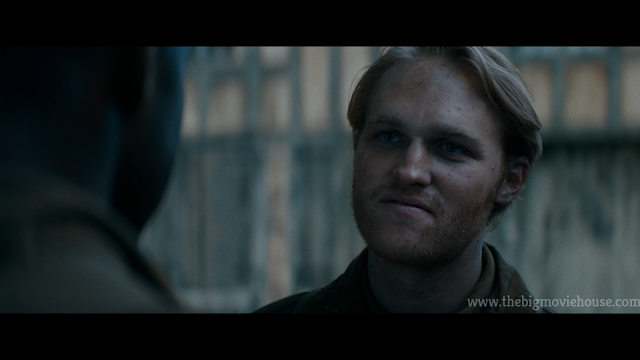