88 Films has announced three brand new blu-rays for release in February. We get an addition to their Italian Collection, a sequel to a cult classic horror film, and a long-awaited Jackie Chan film. 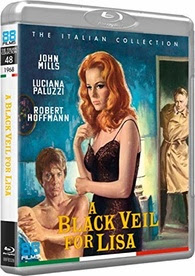 A Black Veil for Lisa


When a narcotics detective finds out that his beautiful wife - who is an ex-criminal - is cheating on him, he hires a professional hit-man to bump her off. However, things don't go quite according to plan. Starring John Mills, Luciana Paluzzi, Robert Hoffmann, Renate Kasché, and Tullio Altamura. 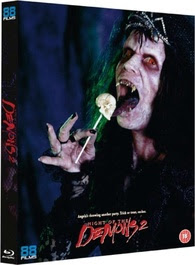 Night of the Demons 2


In this diabolical sequel to the popular shocker, the students from St. Rita's Academy throw a party at a haunted house, only to have it disrupted by Angela, the hostess from Hell, and her ghoulish pals. The kids try to find refuge at a teen dance, but things get even scarier there! Bobby Jacoby and Amelia Kinkade star in this special effects-filled terrorthon... Starring Amelia Kinkade, Darin Heames, Robert Jayne, Merle Kennedy, and Rod McCary. 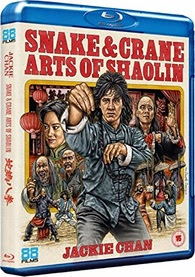 Snake and Crane Arts of Shaolin