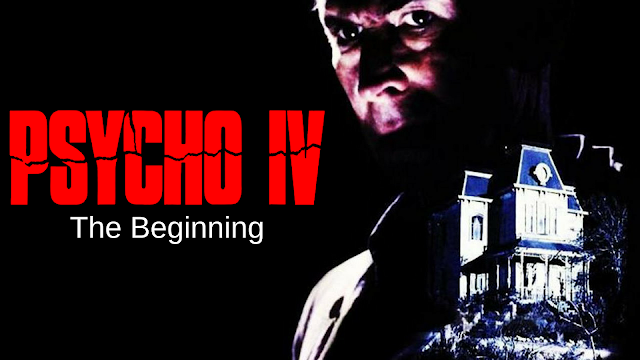 Rated R for violence and sensuality

Norman: I know that in the cosmic scheme of things, little boys are small, but some days they can be... some days little boys can be giants. 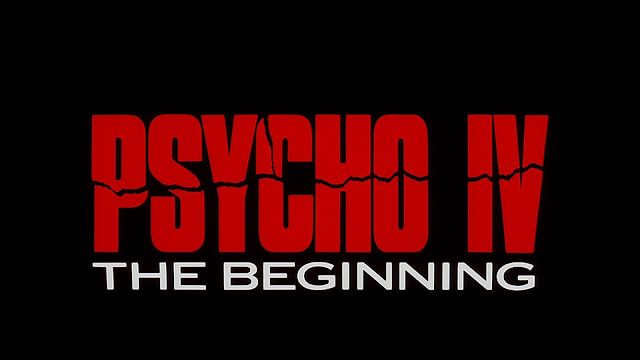 I am not a big fan of prequels. I know that fans like to see the how’s and the whys of their favorite characters. I think that they are unnecessary. Look at the Star Wars prequel trilogy. I know that a lot of people hate them and with good reason. Each film has to retell something that was mentioned in the original trilogy, but George Lucas didn’t really care about continuity and therefore there are a lot of unanswered questions.

I know what you are saying. “Why are you talking about Star Wars in a Psycho review?” It is because the film is unnecessary. We know that Norman Bates killed his mother when he was 12, but this film makes him 15 when he killed his mother. But, I am getting ahead of myself. Let’s talk about the film proper.

Norman Bates calls into a radio show whose topic is matricide and tells the host that he plans on killing someone. Norman, of course, is the best candidate to be on a show like this. He has killed his mother and even woman who remind him of his mother, so why not have him on the show. The host, played by C.C.H. Pounder, talks to Norman to see if she can get him to name the would-be victim or to give out his location. There is a sort of cat and mouse game going on between the host and Norman.

The radio show segments are really a wraparound story. The real story is Norman’s childhood and his eventual murdering of his mother and her boyfriend. We get to see that, after Norman’s father died, his mother became infatuated with him. There is an uneasy sexual current to the scenes between Young Norman, played by Henry Thomas, and Norma, played by Olivia Hussey. He gets a hard-on when they are playing around and Norma freaks out. She dresses Young Norman up in a dress and tells him that his penis is “only for wee wee”.

Young Norman is confused by all of this. His mother can be very nurturing and loving one minute, and evil and vindictive the next. He loves his mother but becomes jealous of her new boyfriend. He decides that he is going to poison the both of them and be free of her. Upon her, he finds that he can’t live without her and work his taxidermy magic to keep her the way he remembers her.

Like I said at the beginning, I do not like prequels. We spend a majority of the film watching events happen that we have already known about. It would be different if the film focused on something else, but that wouldn’t make much sense. I wish that the filmmakers had gone in a different direction. In fact, if Anthony Perkins had his wish, the film would have. Here is what Anthony Perkins wanted the film to be:

Anthony Perkins and Psycho III (1986) screenwriter Charles Edward Pogue originally pitched an idea for Psycho IV that had Norman's house and motel getting turned into a tourist attraction for horror weekends. Norman then escapes from the mental institution with a mute patient and the actor who was set to play Norman Bates for the horror weekend quits and Norman comes home and gets hired to play himself. Pogue claims that it was meant to be a black comedy but Universal opposed the idea.

This would have made for a much better film. Take the core idea and do something different with it. Joe Dante was able to do this very thing with Gremlins 2. The first film was a monster film and the second, while still a monster, had a completely different tone and was a satire at the same time. Mick Garris, this film’s director, could have gone to town with the concept above. It would have prevented the film from growing stale.

There are sequel scenes here too. The ones with the radio host whom I have already mentioned. There are other ones too. I don't want to give them away. I just figured that I would mention them.

Anthony Perkins, Henry Thomas, and Olivia Hussey are all great here. Perkins is still able to make Norman loveable and scary at the same time. Thomas is able to imitate Perkins mannerisms while bringing his own thing to the role. Hussey brings a beauty and a scariness to the role. Most of what Young Norman does is Norma’s fault and Hussey is able to project that while also making us like her.

Mick Garris is able to make the most out of a TV movie. Even though Psycho IV was made for Showtime, the film still looks and feels like a Psycho film. There is nothing that signals to the audience that this is a TV movie. The film is still gory, though not as gory as Psycho III, and there is a bit of nudity as well. The lighting and composition still make it feel like a theatrical film.

Psycho IV: The Beginning is not a good film, nor is it a bad one. It is not as good as the other films in the franchise, but it isn’t the worst. I liked parts of it, especially the performances. It is worth checking out even if you fast forward through all the “we know this already” scenes.