What Did That Duck Ever Do To You? Don't Torture A Duckling (Arrow Video) Blu-ray Review + Screenshots 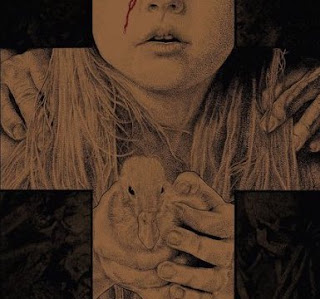 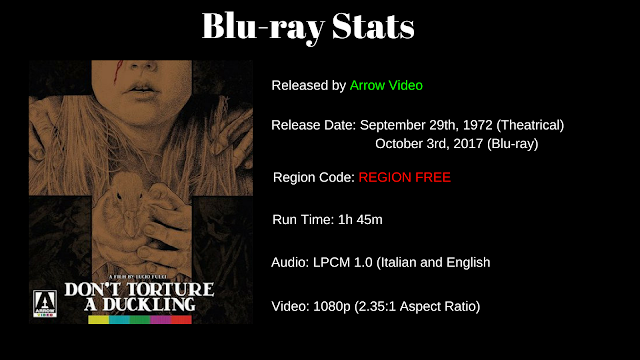 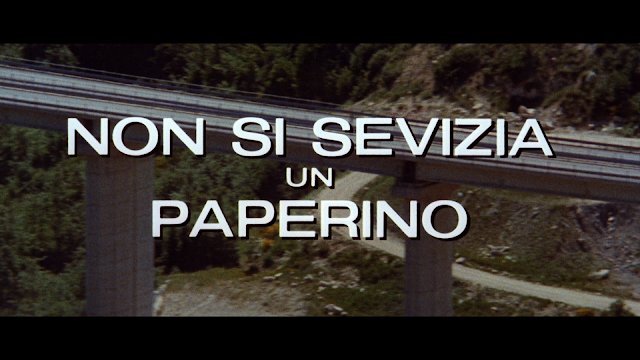 Another fantastic commentary from someone who is becoming my favorite commentator. Howarth is brimming with knowledge about damn near everything about Don't Torture A Duckling and keeps the track flowing very well. While he is a historian, Howarth never sounds like the stuffy ones that pop up on other films like Godzilla and Seven Samurai.

Here author Mikel J. Koven takes us through, not just the history and politics of the film, but also a history of Italians and moviegoing in the 60's and 70's. While watching Don't Torture A Duckling, I never felt that the film had much in way of political thought, but it does and Koven does a great job in relaying that to us without it becoming stale.

Kat Ellinger tackles the tough subject of perceived misogyny in Lucio Fulci's work. I had always heard that Fulci must hate women because of the way he treats them in many of his films, but I never got that. I always thought that he was trying say something about the roles men and women play in society, just in a very bloody and gory manner. Turns out that it is much deep than that, but I was on the right path. This argument popped up in the 80's during the slasher boom where critics found slasher films to be very misogynistic, but most of them weren't. I found this essay to be very informative.

This audio "interview" was conducted in 1988 and was done by having the interviewer, Gaetano Mistretta, sending the questions to Fulci and Fulci would send back a cassette tape with his answers.

This featurette is broken up into two parts:

There is no Theatrical Trailer for the film at all. I find this very weird as I can not think of a release that Arrow has done that didn't include the film's trailer. It is readily available on YouTube, so why did Arrow not include it? 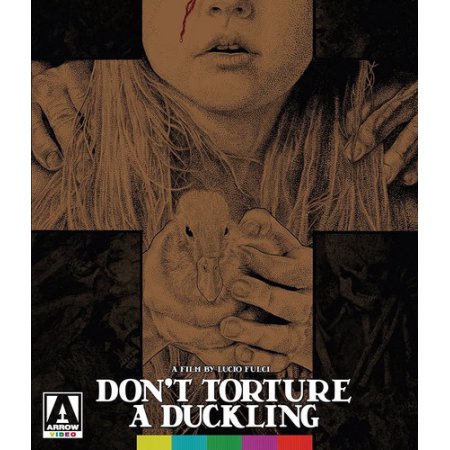 As usual, I can not offer a review of the packaging because this was sent to me as a screener for review. I can tell you that the release will feature all of the usual Arrow Video items and it will also come with a slip sleeve for those who are into those. 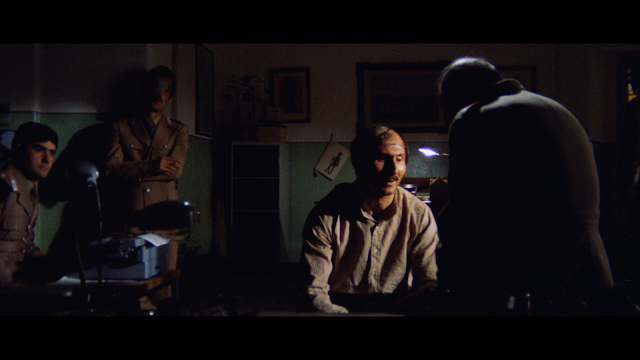 I had never seen Don't Torture A Duckling until I watched it for this review, so I never had to go through the numerous releases dating back to 2000 when Anchor Bay gave the film it's American debut. Having only seen this release, I can not do a comparison, but I can say that the film looks amazing here. Colors are accurate and, at times, pop off the screen. The film takes place mostly in places that off very little color outside of earth tones, so when the color does come into play it looks so good. There is also a nice layer of grain that is always welcome and never distracts from the bigger picture. This is how I imagine the film looked upon it's release in 1972. 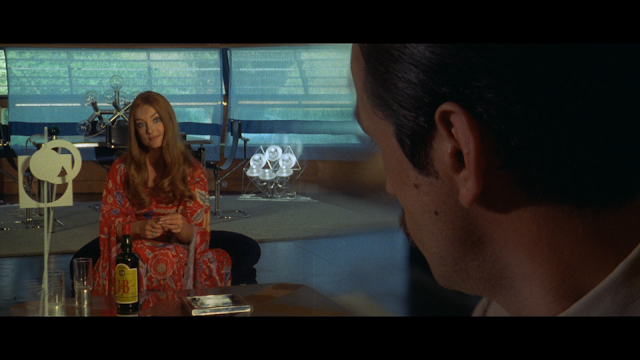 Two soundtracks are presented for our listening pleasure: original Italian mono as well as the original English dub. I sampled both tracks and found that the Italian track was beefier and more well rounded. The english track is fairly hollow and thin sounding. Both tracks get the job done and dialogue sounds crisp and clear. I would recommend the Italian track over the English track. 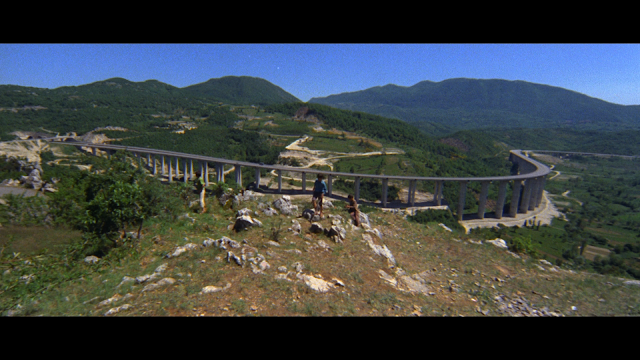 When the sleepy rural village of Accendura is rocked by a series of murders of young boys, the superstitious locals are quick to apportion blame, with the suspects including the local “witch”, Maciara (Florinda Bolkan, A Lizard in a Woman’s Skin). With the bodies piling up and the community gripped by panic and a thirst for bloody vengeance, two outsiders – city journalist Andrea (Tomas Milian, The Four of the Apocalypse) and spoilt rich girl Patrizia (Barbara Bouchet, The Red Queen Kills Seven Times) – team up to crack the case. But before the mystery is solved, more blood will have been spilled, and not all of it belonging to innocents...


2017 has been the year of Italian cinema for me. I have taken in quite a bit since the beginning of the year. I have watched Deep Red, The Bird with the Crystal Plumage, Phenomena, The Red Queen Kills Seven Times, and The Night Evelyn Came Out of the Grave just to name a few. While I enjoyed these films immensely, it was the Lucio Fulci films that I had a hard time with. Zombie, The Beyond, The New York Ripper, and Cat in the Brain are all films that I found very depressing to watch, even though they are incredibly well made films.

When Don't Torture A Duckling arrived in my mailbox, I feared the worst. I thought that this would be another Fulci film that I would have to shake off after watching. Boy, was I surprised when this film turned out to be really good.

I always found Fulci to be a skilled director. Looking at the films of his I have seen, there isn't a film there that isn't well made. Fulci knows how compose a shot and there is a scene in every one of his films that blows every other scene out of the water.

That scene in Don't Torture A Duckling comes about halfway through the film when a character is beat to death by some of the townspeople (I am trying to keep this a vague as possible as to not spoiler it for others). The scene is graphic, for the time, and even more visceral. The music that is played during the scene seems to contradict everything that is happening and the scene ends on a down note. This is probably the hardest scene to get through and proves that Fulci knows how to craft a scene that can tear out anyone's heart without going overboard with gore and fast edits. It is truly a great scene.

The film itself is pretty good, although many say that this is Fulci's masterpiece. Even though I found the film slow going at first, it does pick up and offers us a nice little thriller. I was able to guess who the killer was this time, but I didn't guess the reasoning behind the killings. The killings and the killer made complete sense, which is something that can't be said for many giallis.

Don't Torture A Duckling is good film that will more than likely grow on me over time. I am glad that I watched it and had a good time doing so. Even though the film is not graphic it's violence, it does shake us every once in a while, particularly in the scene I talked about earlier. This is a well made thriller that Fulci fans will love, if they haven't seen it already. 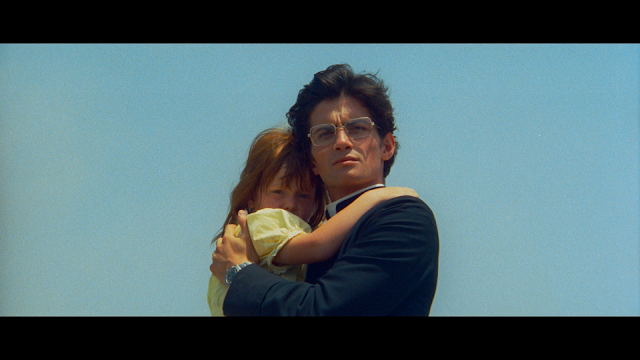 Don't Torture A Duckling is one of Fulci's better films and shows that he can command his audience. It is a bit slow at the get go, but picks up speed throughout.

The blu-ray, from Arrow Video, is really good. The commentary by Troy Howarth is great and the video essay and video discussion add a lot of context to the film that I didn't get from the film. I would recommend this to giallo fans and those looking for something different to watch.

CHECK OUT PAGE 2 FOR MORE SCREENSHOTS! USE CAUTION AS THE SCREENSHOTS MAY CONTAIN SPOILERS!! 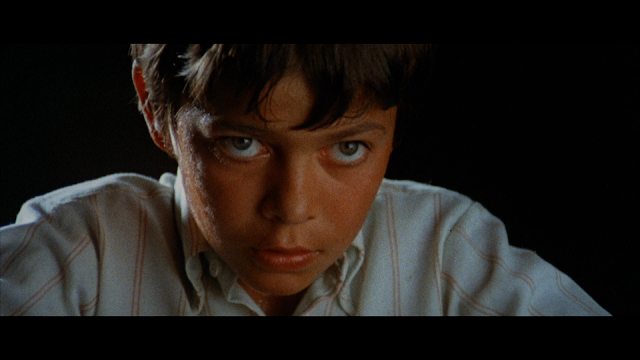 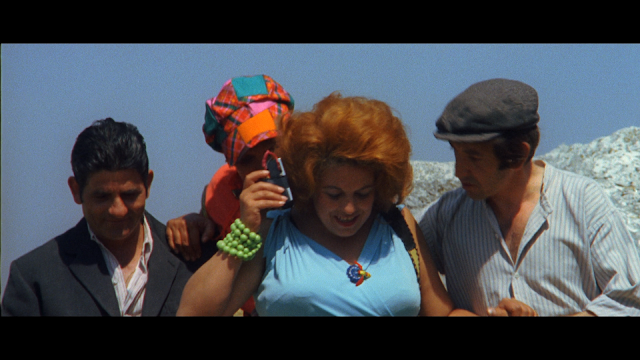 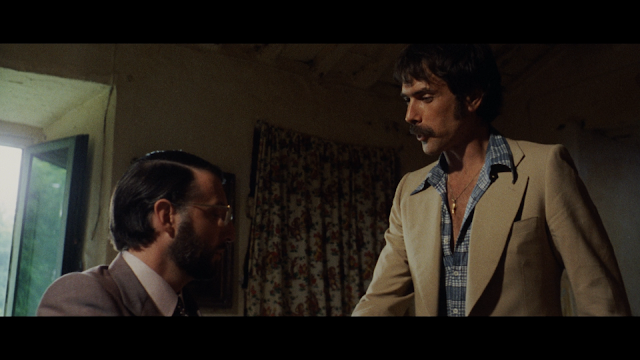 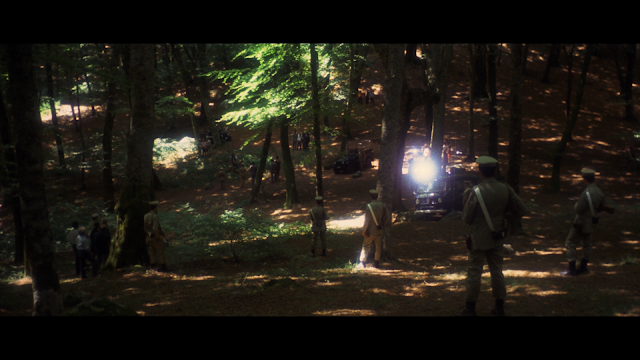 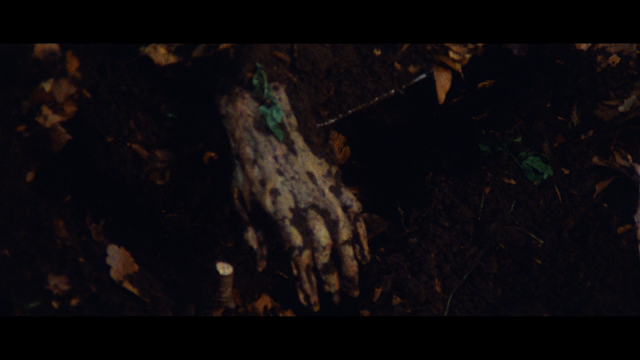 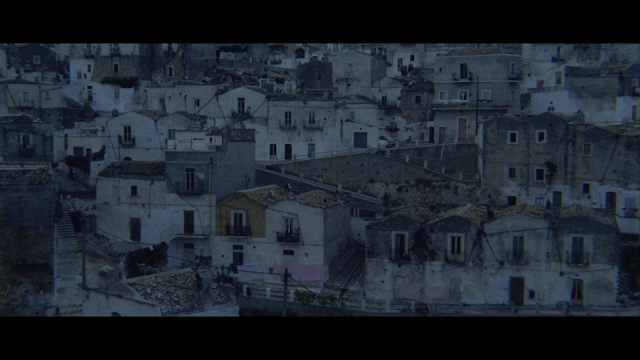 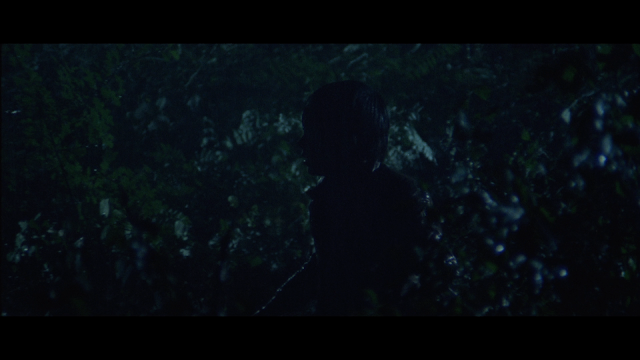 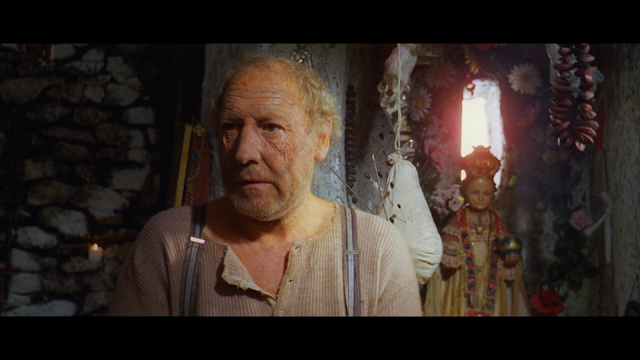 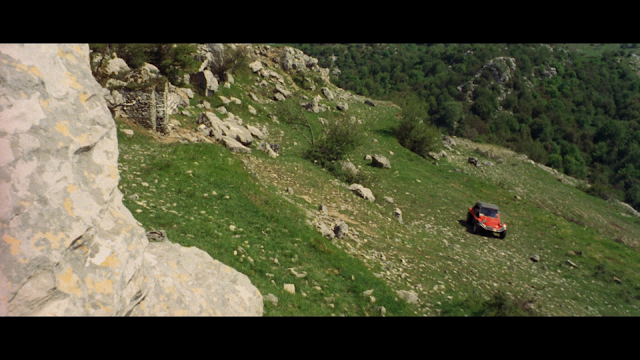 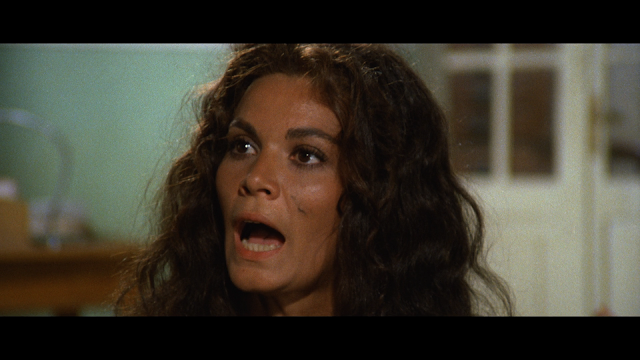 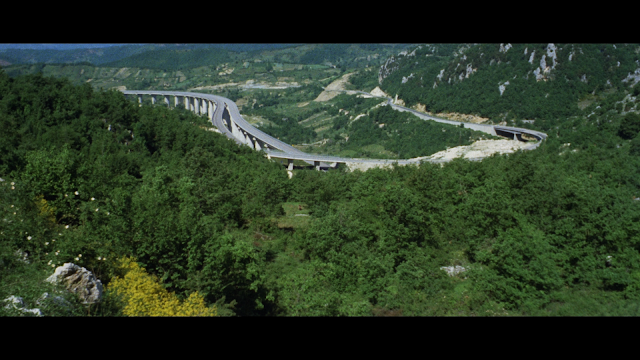 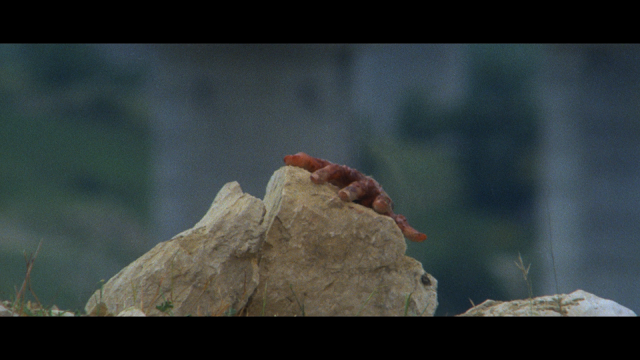 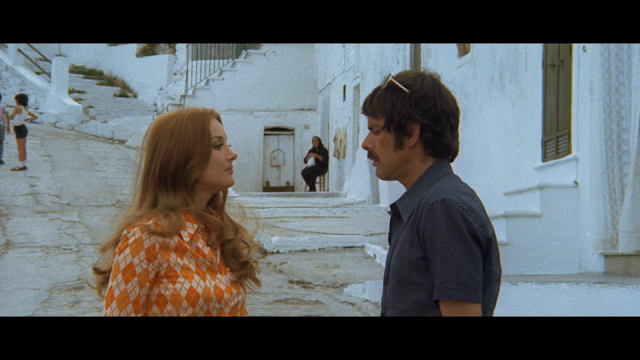 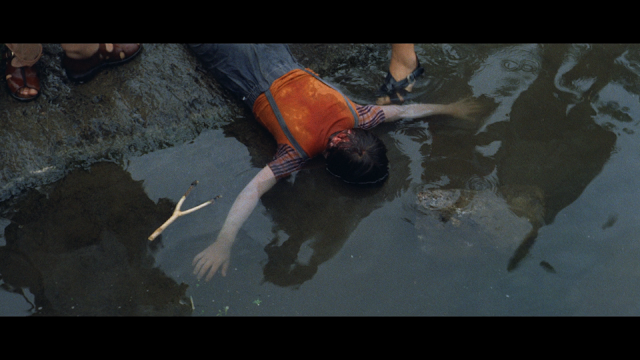 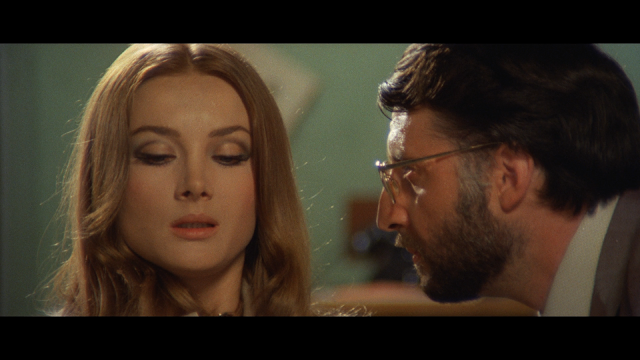 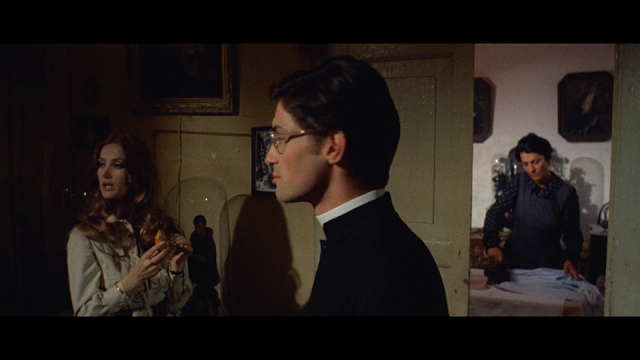 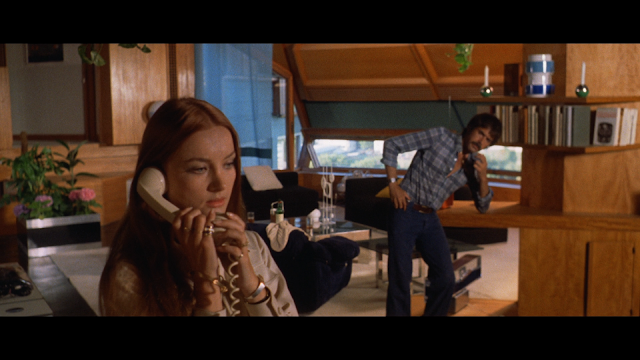 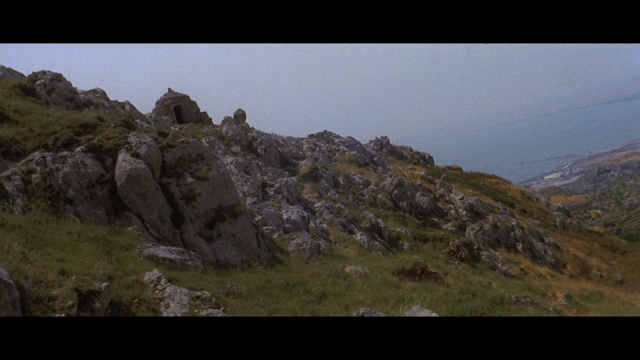