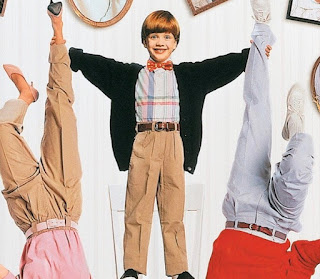 Problem Child is a film that is a kids film, but really isn't. This is a dark film with many jokes that will fly over children's heads, but I think that is what makes the film funnier than a normal kids film. Lots of laughs are here and Michael Oliver, who plays Junior, is really good. 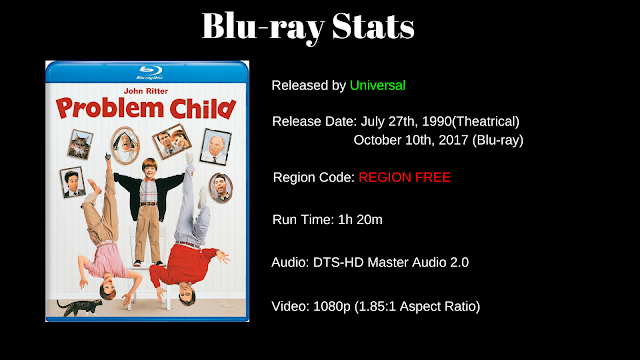 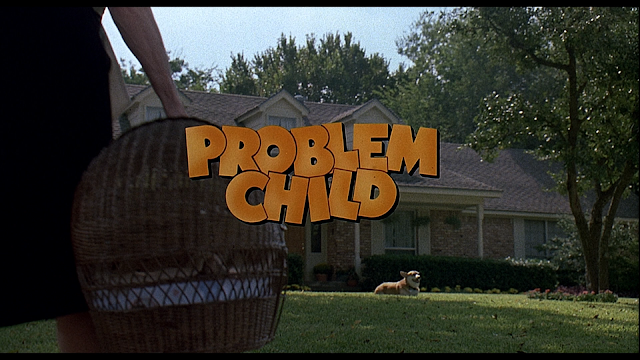 There are no special features found on this, not even a trailer for the film. There is also no main menu whatsoever. The thing that was kind of strange to me, though, was the fact that, while the film does have chapters, there is no menu option for them. This means that to get to a scene that you like, you have to fast forward to that spot just like it was back in the VHS days. 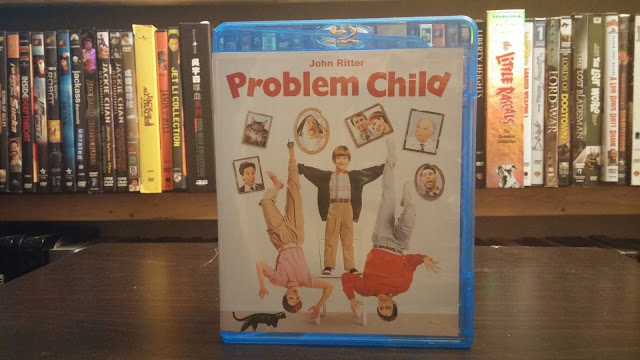 The front cover features one of the two main theatrical posters created for the film back in 1990. It features Junior standing on a chair, in front of a wall with pictures of the supporting cast. He stands with his arm spread out, holding both John Ritter and Amy Yasbeck upside down. 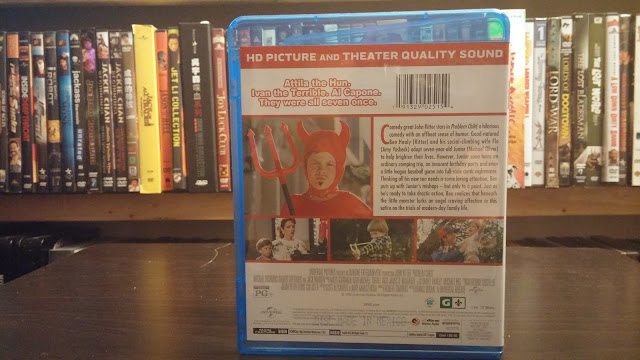 The back cover gives us the plot summary of the film along with tech specs and stills from the film. 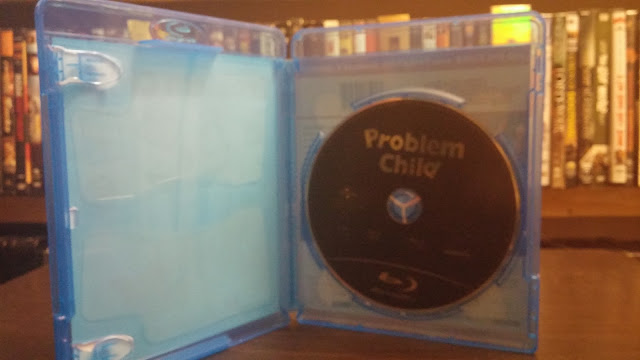 The disc is as plain as they come with the normal Universal layout, only this time it is all black. There is no color or anything on this disc. It appears that Universal is following in Warner Bros. shadow when it comes to the disc art (or lack thereof). 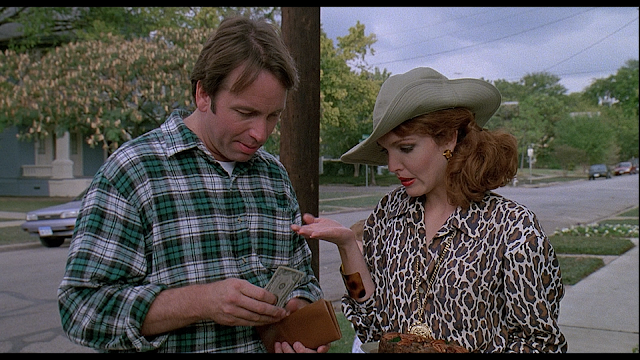 Problem Child looks really good on blu-ray, which is surprising because I figured that Universal would give us a lessor transfer, but I like being proved wrong when it comes to things like this. The first thing that you will notice are the colors. This is a very colorful film and every color bursts off the screen. Detail is also very nice with the best being saved for the close ups. The transfer does show its age though as there are moments of wear and tear. Nothing too bad, but a more recent transfer would have fixed that right up. 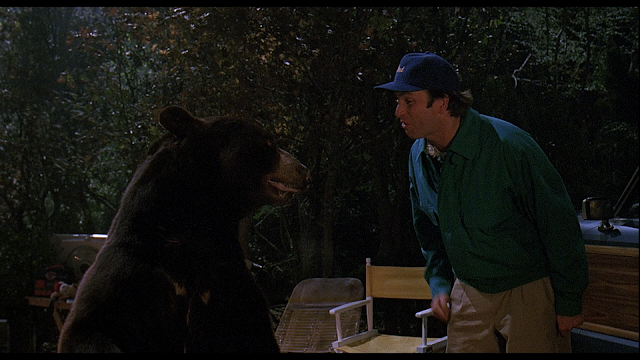 As much as I thought that the transfer would be a problem, I figured that the audio would be good to go, and for the most part I was right. This is a 2.0 presentation, so surrounds are used, as the film didn't need them. The sound that we get is pretty good with dialogue coming through loud and clear and I didn't detect any distortions to the track. 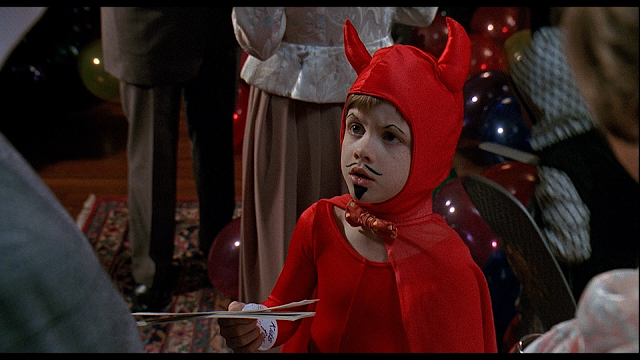 The story of a seven-year-old mischievous orphan boy named Junior. He is hardly a model child; mean-spirited and incorrigible. One day, he is adopted by a loving man along with his obnoxious wife named Ben Healy and Flo Healy. Ever since Junior comes into their lives, he turns ordinary days into full-scale comic nightmares! He also leaves a path of serious destruction in his wake, and is even pen pals with Martin Beck (A.K.A. The Bow Tie Killer, a notorious serial killer who kidnaps his faithful correspondent, along with Flo). And now it's up to Ben as he undertakes a rescue mission to get Junior back from Beck before he plans on hurting him.

I saw Problem Child in the theater when it was first released and then later owned the film on VHS and DVD. I was a fan of the film back then, but I haven't seen the film for a good fifteen years, so I was going into this with the knowledge that nostalgia isn't always the shining light that many make it out to be. I figured that the film would give me a few laughs and that I would groan through most of it.

Cut to eighty minutes later and I have to say that I found the film to be very entertaining. Micahel Oliver, who plays Junior in the film, is really good. His one liners, fed to him while filming, are spot on and are funnier coming from a kid. Oliver has a natural charm that carries him through the film and helps us buy that he can look like an angel, but act like the devil.

John Ritter and Amy Yasbeck are also really good in the film. Ritter plays his usual nice guy, but the man is really good at it. Ritter has always had a knack for being the guy you'd like to have a few beers with and that comes across on screen. He dreams of being a father and when Junior comes into their lives, he believes that his dream has finally come true. Even when Junior does his thing, Ritter tries to look past that and see the boy as a nice little boy.

Yasbeck plays Ritter's wife, Flo, and comes across as a bitch. She only wants to have a child because it is the "in" thing now. She is tired of not being invited to parties and craves the social scene. Yasbeck is great in the role without hamming it up too much. We believe that she is an evil person without remorse or regret. She treats Ritter like shit and he takes it. When Flo and Junior are kidnapped late in the film, Ritter's first reaction is celebrate their kidnapping and does nothing to find them.

I was surprised to see that this film was rated PG. There are plenty of instances where strong language is used, but I guess that the MPAA doesn't really give a shit about the kids. I guess their thinking was "As long as a kid is doing it, then it must be ok for kids to see it.) The second film in the series is rated PG-13, but I thought that was more for one scene than anything else.

Problem Child is a fun film. The actors are all on point and the situations they find themselves in are funny too. Time has been good to this film and it has aged very well. I think that kids today will enjoy the film just like I did when I was a kid. Here's hoping that people rediscover the film on blu-ray and show it to their kids. 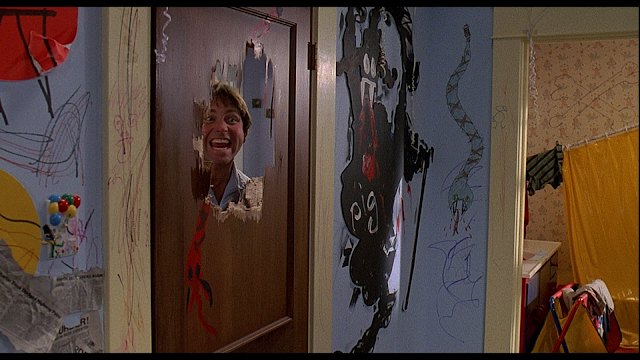 Problem Child is really fun without the ironic humor found in films today. The kid isn't being a problem because his upbringing was screwed. He is doing it because he can. He knows that people will not believe that he is the one who put the sprinkle in the girl's room while everyone partied downstairs.

The blu-ray is pretty good. It would have been nice to have a few special features, but this is a budget title, so that ain't going to happen. The A/V quality is nice and that is really what matters. I can honestly recommend this film to almost everyone without feeling that I overstepped my boundaries. This is a fun film for people of all ages.

CHECK OUT PAGE 2 FOR MORE SCREENSHOTS! BE AWARE THAT THEY MAY CONTAIN SPOILERS!! 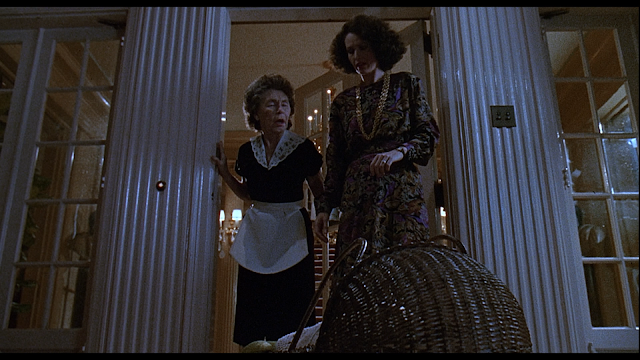 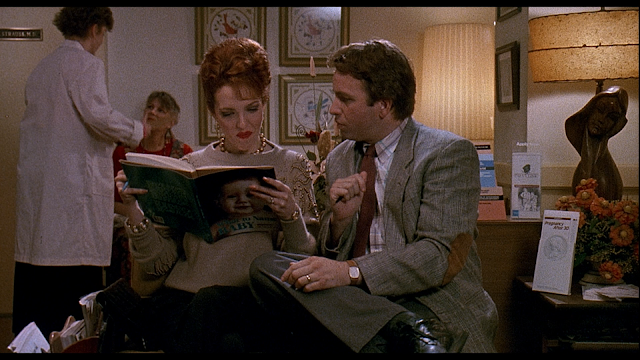 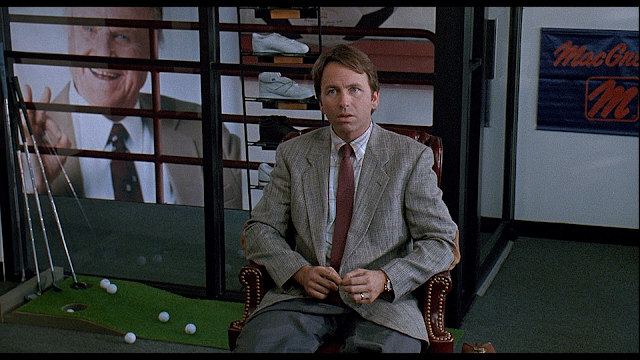 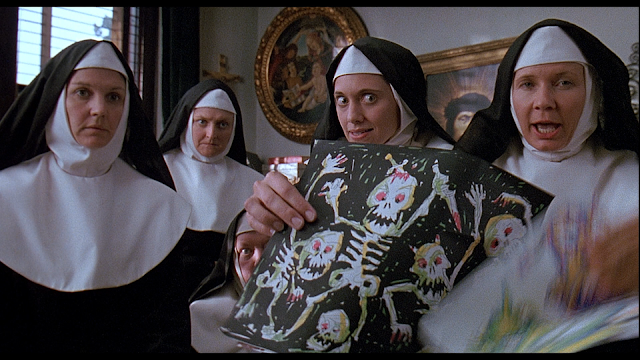 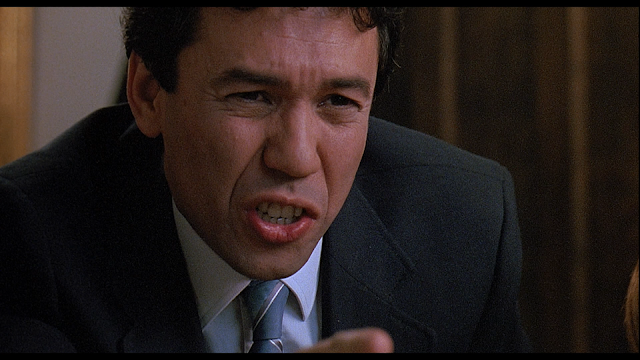 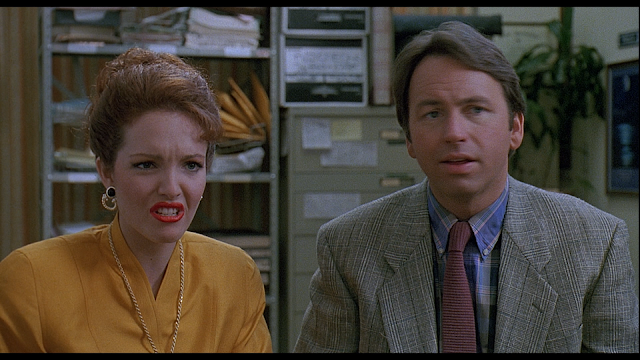 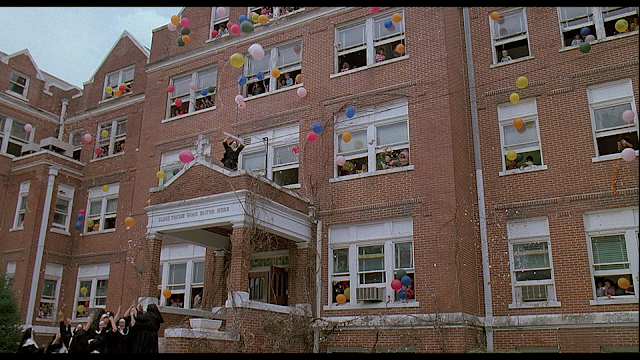 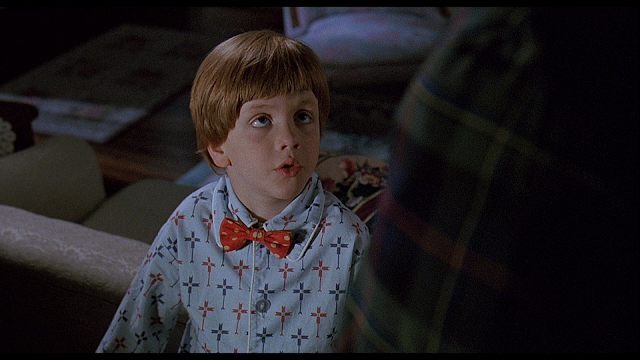 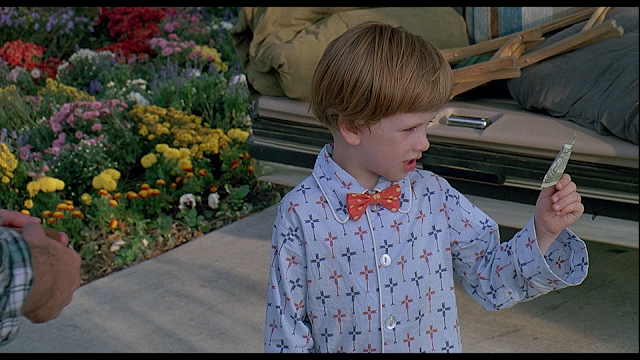 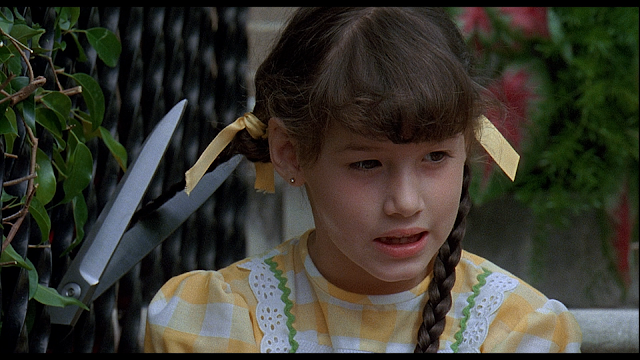 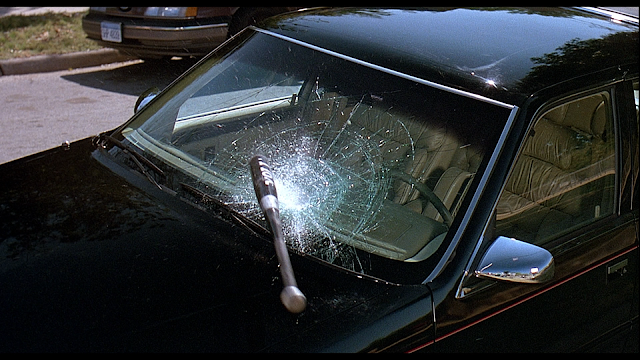 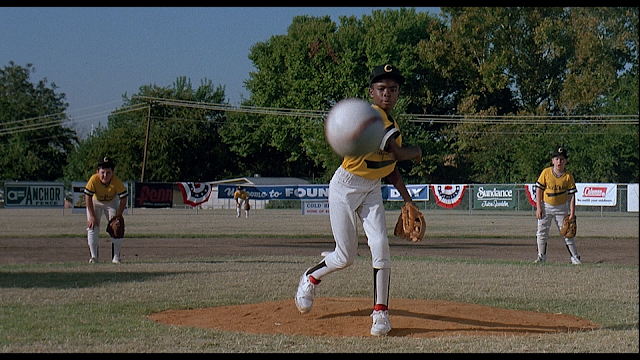 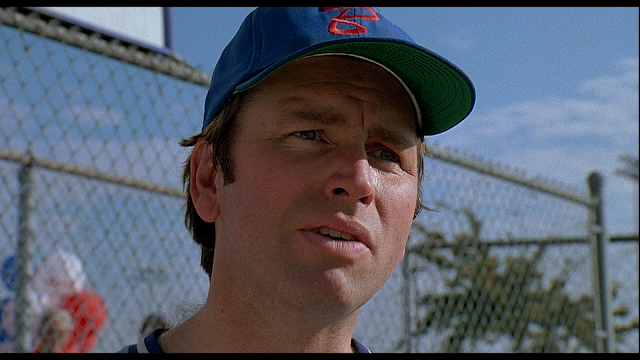 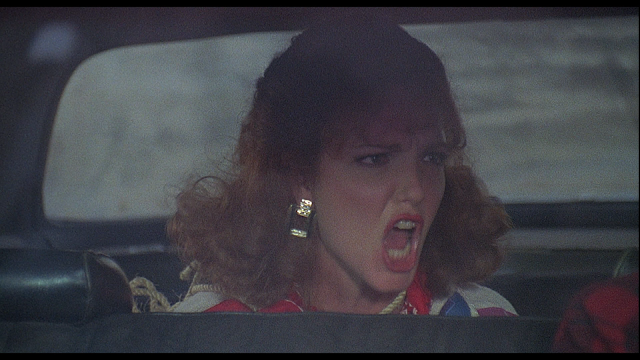 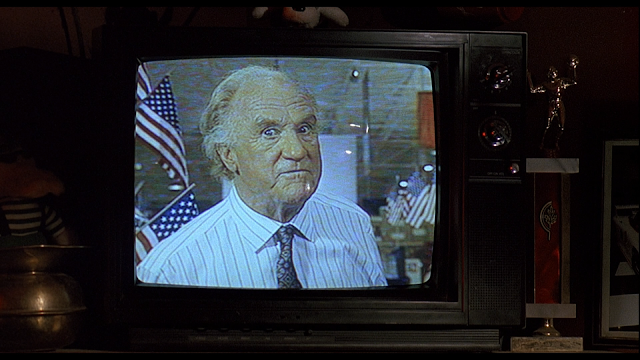 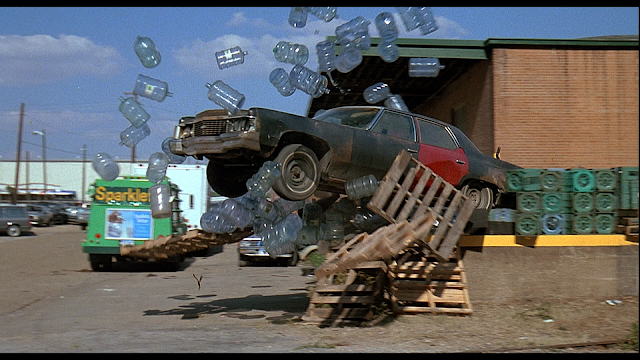 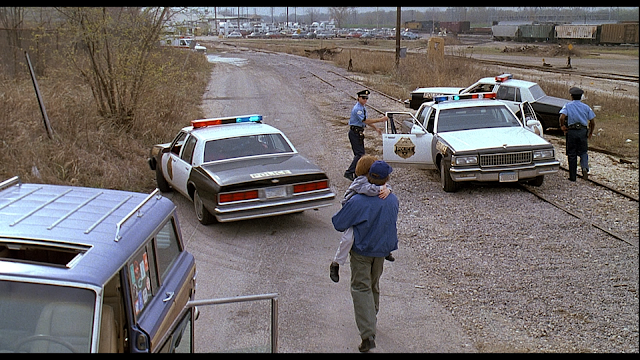