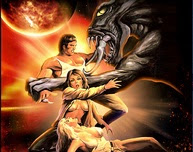 Creepozoids is a fun as hell monster movie that knows how to show us a good time. The creature effects are a bit hokey and the acting is a bit odd at times, but director David DeCoteau is sure in his abilities to deliver the film that we came to see. Creepozoids delivers on every promise it makes and doesn't shy away from showing us the monster either. 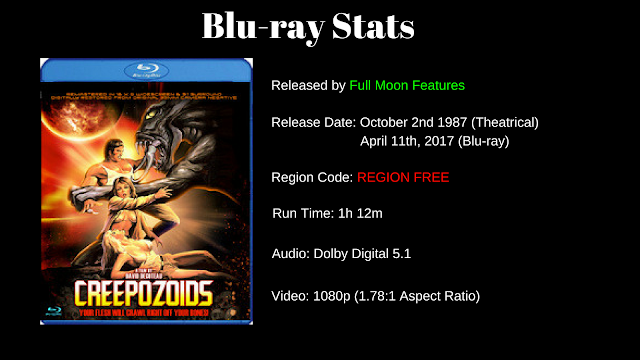 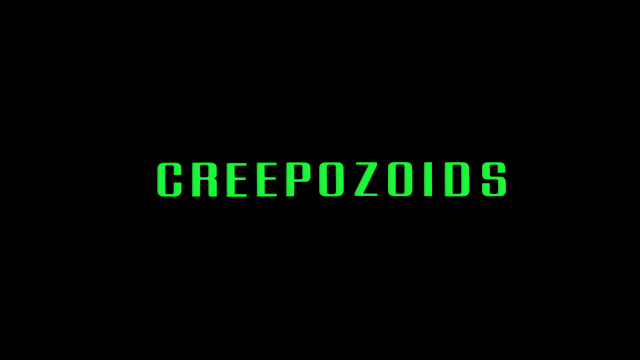 Here we sit down with David DeCoteau, the director of the film, who says that he hasn't seen the film in decades, but still offers a great commentary filled with a lot of info and behind the scenes stories about the film. This is a fun listen.

The score for the film plays while the behind the scenes photos are shown. 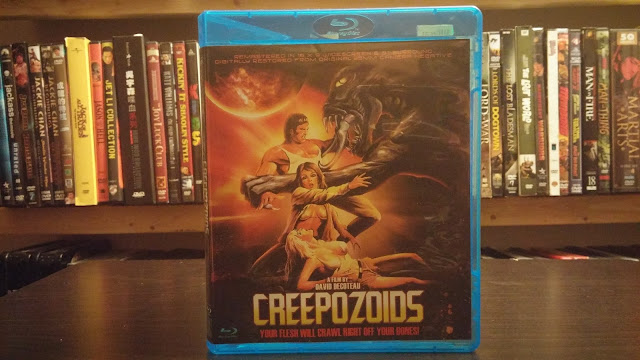 The front cover is the film's theatrical poster. Two girls in various state of dress, a guy with a heaving chest and the film's monster are all front and center. 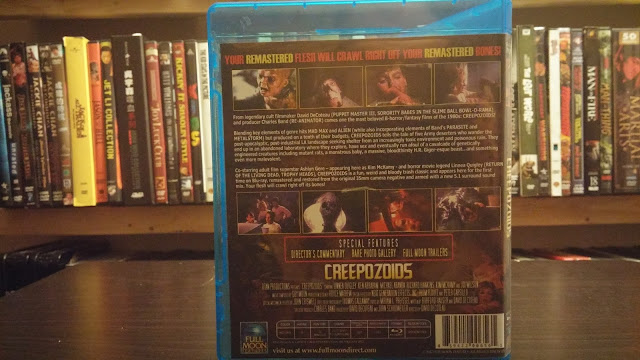 The back cover is neat and clean. Pictures from the film are nicely presented as are the special features and tech specs. 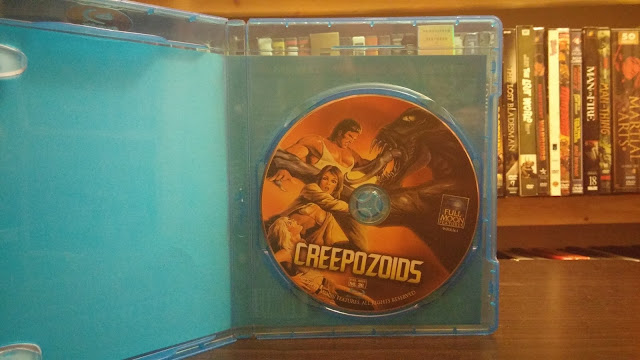 The disc art is the same as the front cover.

This case is a regular, non-eco blu-ray case, which is always welcome.

The disc is REGION FREE. 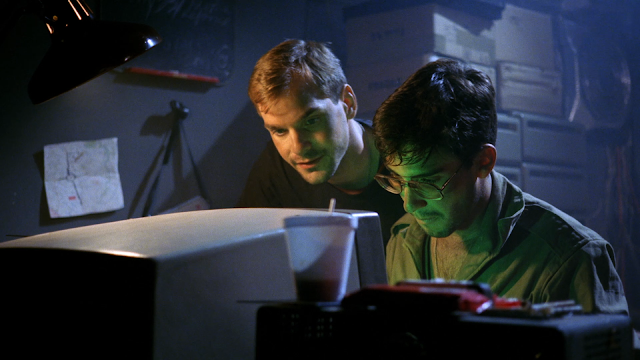 I was surprised by how good the film looked. When it comes to smaller companies like Full Moon, they tend to skimp out on the A/V quality in favor of new special features. Here, we are given a transfer that is very true to the source. Colors are good and skin tones are accurate. There is even a small layer of grain throughout. Detail is kind of all of the place with some shots looking ok to others looking really nice. The film, for the first 20 minutes anyways, presents our heroes as being very dirty. This dirt is very strong with this transfer. Also of note is the film's aspect ratio. iMBD lists the original aspect ratio as 1.37:1, while this blu-ray is presented in 1.78:1. There are two theories here: either the film was shot in 1.37:1 with a 1.78:1 intention like many films are shot or the film was shot in 1.78:1 and cropped for its video debut. Either way, the true aspect ratio is 1.78:1. 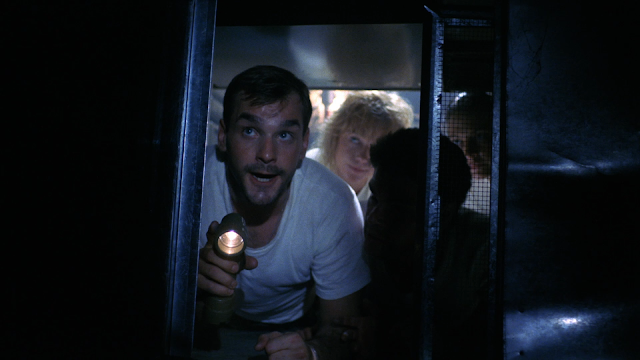 Here is where most smaller companies shortchange the buyer and Full Moon is no exception. Instead of giving us lossless tracks (this being HD, you would think that we would get an HD audio track too) we are given two lossy Dolby Digital tracks. The 5.1 track is the default track and it is not too bad. Dialogue is clean and crisp, except for the few times it goes a bit tinny. The track also doesn't utilize the surrounds very much, leaving the front speakers to most of the work. All in all, this is a pretty good track, but I wonder what it would have sounded like as a lossless track. 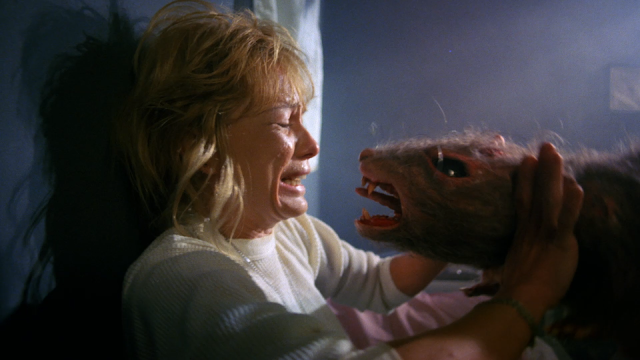 The year is 1998, six years after the nuke wars reduced the world to rubble and a few bands of wandering survivors. One of these groups stumbles into an abandoned government research facility, where they were working on making the body capable of creating its own amino acids, thus obviating the need for food. They are then attacked by one of the leftover experiments and begin experiencing an attrition problem.


Creepozoids is a very fun monster film. I was a little worried at first because the film's runtime is only an hour and twelve minutes and the film spends some time at the front with the characters. I was afraid that this would be more of a character film than an actual monster film. To my surprise, once we get to know the characters, they start being killed by the monster, who we see quite a bit of.

This film has everything in it: a few monsters, nudity, actor trying to be badass and relatable at the same time, and a location that does grow stale. I can honestly say that I had fun time with Creepozoids and would recommend it to fans of sci-fi and/or B-movies. 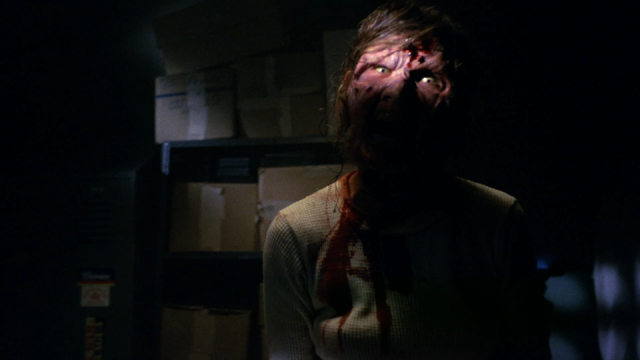 I grew watching the 90's output that Full Moon did. Films like Arcade, Seed People, and The Puppet Master films were my go to films. I always saw Creepozoids on the shelf, but never picked it up because it was made by a company I had never heard of at the time: Empire Pictures. Boy, was I dumb for not picking this up. This is a perfect film for watching with friends or just watching it on your own when you can't pick anything else.

The blu-ray is good, but not great. The A/V quality is very nice with the picture being surprisingly good. The special features are not very plentiful, but the commentary track is worth the listen. This is a very good start for my Full Moon collection. 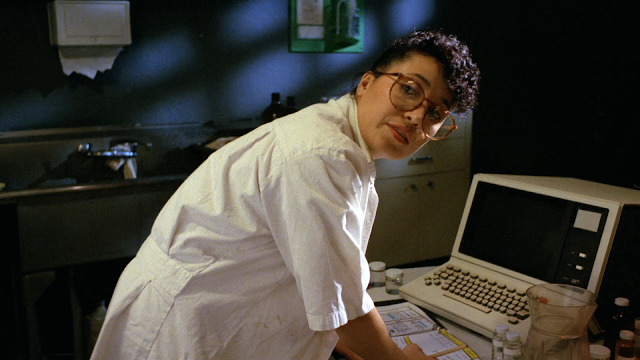 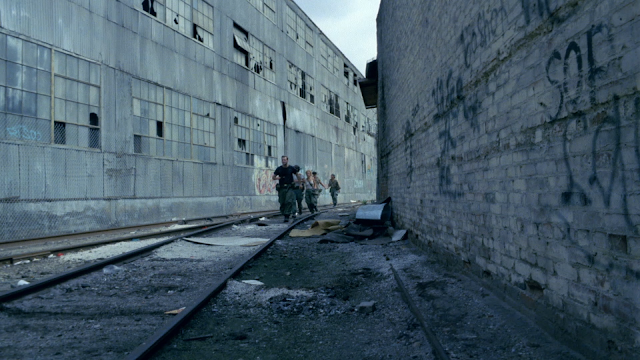 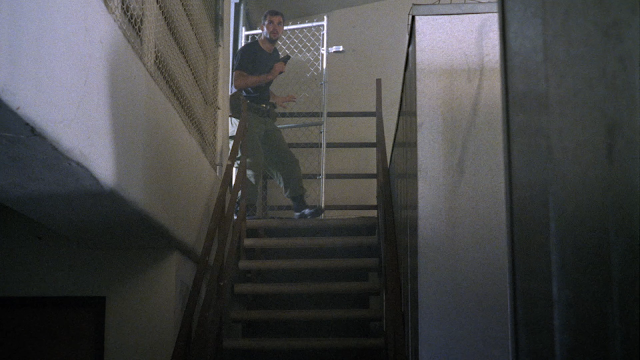 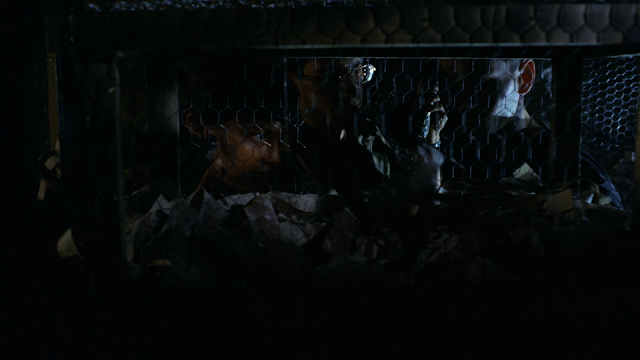 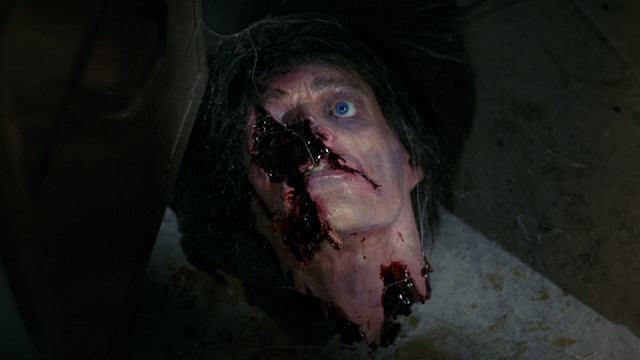 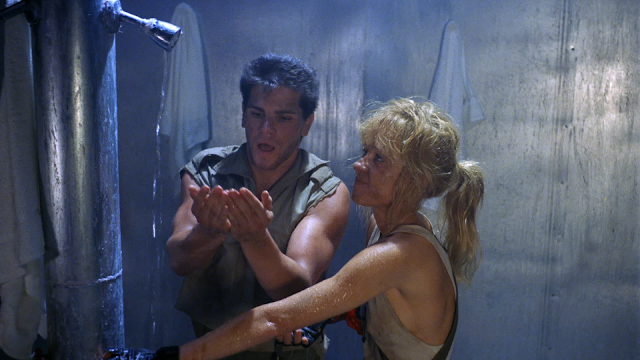 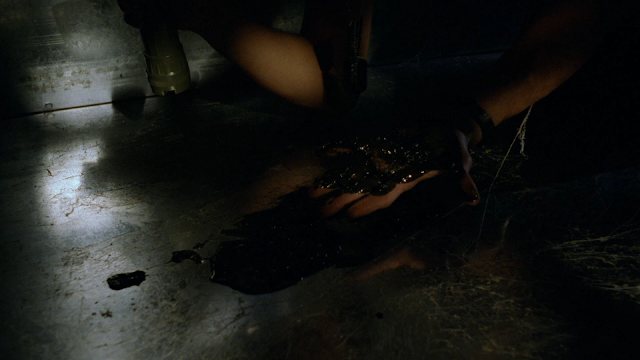 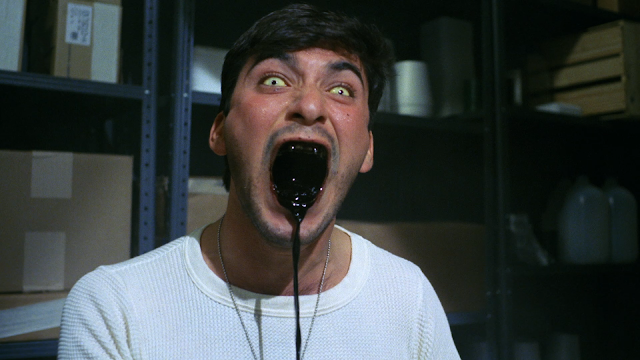 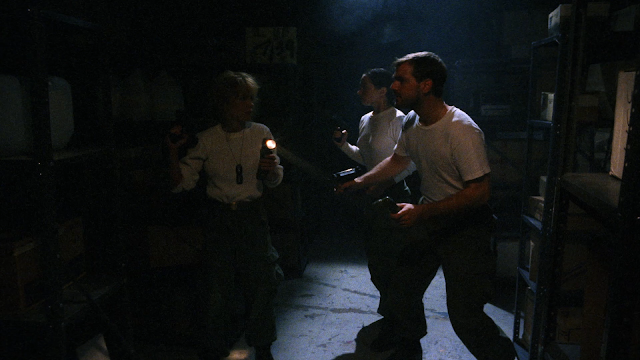 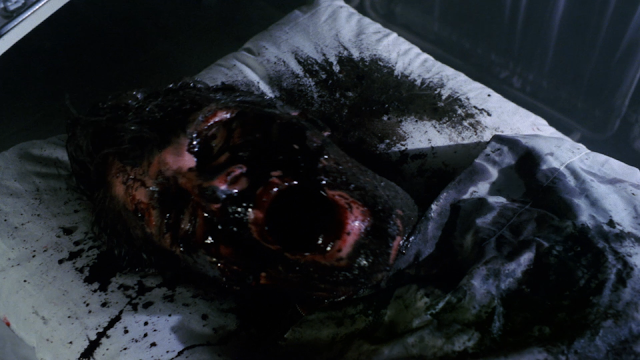 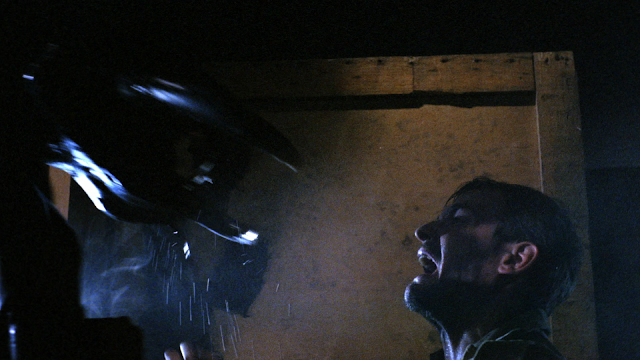 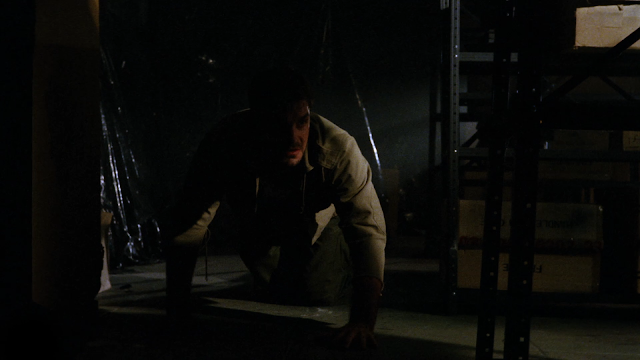 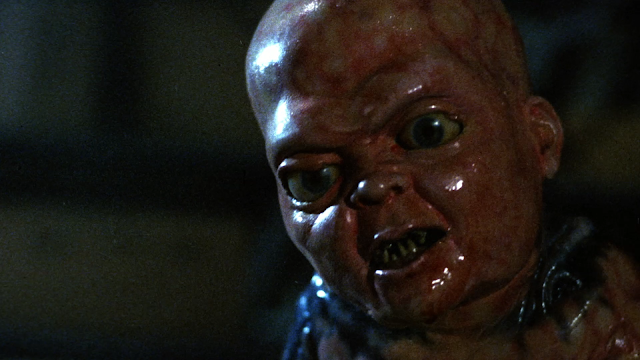