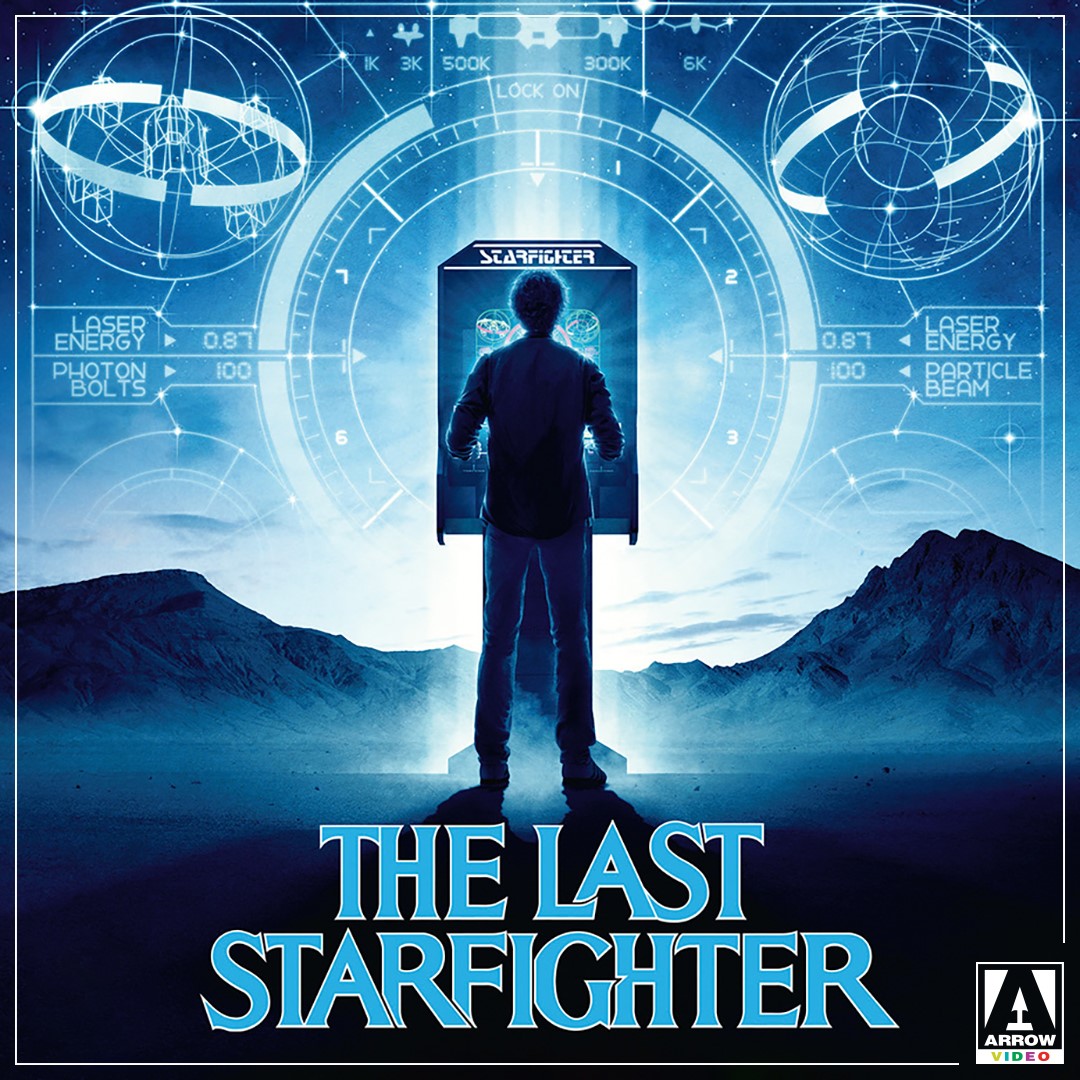 The Last Starfighter was the first film to feature extensive CGI work throughout the film. Does this makes this a good film? No. The film isn't all that great, but it does make the film an interesting watch from a historical perspective.

Alex Rogan lives in a trailer court where his mother is manager and everyone is like a big extended family. He beats the Starfighter video game to the applause of everyone in the court and later that day finds he has been turned down for a student loan for college. Depressed, he meets Centauri, who introduces himself as a person from the company that made the game, before Alex really knows what is going on he is on the ride of his life in a "car" flying through space. Chosen to take the skills he showed on the video game into real combat to protect the galaxy from an invasion. Alex gets as far as the Starfighter base before he really realized that he was conscripted and requests to be taken back home. When he gets back home, he finds a Zando-Zan (alien bounty hunter) is stalking him. Unable to go home and live, Alex returns to the Starfighter base to find all the pilots have been killed and he is the galaxy's only chance to be saved from invasion.

I did not grow up with THE LAST STARFIGHTER. This was a film that I saw at the video store all the time, but it wasn’t something that I wanted to see at the time. It wasn’t until the last ten years that the film came up on my radar again, prompting me to finally take a look at the film.
I have to say that I did not like the film. I was impressed with the production design, creating a wonderful world that we haven’t seen before. The film looks like it cost a lot. I also thought that the make-up and make-up effects were also very well done. The look to the different aliens throughout the film was cool and always believable. The casting was on point as well. None of the characters annoyed me which is something that happens often when you have big casts like the one found here.
I want to also call out the CGI on display here. This was the first film to use CGI extensively, and while it hasn’t aged well at all, it is impressive for what it is. None of it was all that convincing, but I don’t think that was really the point. The filmmakers needed to see how far they could take the CGI and sometimes films are built around that need. Now, for audiences in 1984, I am sure that the CGI was mind-blowing. We had never seen anything like this up until that point and I am sure it was all very exciting.
It is a shame that the film that surrounds the CGI isn’t very good. I am sure that if I had seen this when I was a kid I would have liked it much more, but the film feels like the first act in a longer film. There is a lot of world-building, but the film spends way too much time on that and not enough on action. There isn’t all that much action. The starfighter base is destroyed very early on and then the film drags until Alex decides he wants to fights again.
The cast is good, though. It was really nice to see Dan O'Herlihy in a non-villain role for once. He was really enjoyable here and his makeup was also well done. Other than that, the film is a wash. There is a lot of world building, but not enough action to keep the story moving. The film just feels like a demo reel to show off what CGI can be used for.

For me, THE LAST STARFIGHTER doesn’t work. It has a really novel premise, with some great filmmaking, but the film just plods along with not much action. The film has that lovely 80’s look and feel to it, but it all adds up to a not very good film. This did no stop Arrow Video from making a wonderful blu-ray release. They have a bunch of new interviews along with the previous blu-ray which gives fans just about everything they could ask for. Add in a brand new 4K transfer, this makes for one stellar blu-ray release.
1984 Theatrical Release 2020 Blu-ray Release Action Arrow Video Blu-ray Blu-ray Review CGI Dan O'Herlihy Groundbreaking Nick Castle Rated PG Sci-Fi