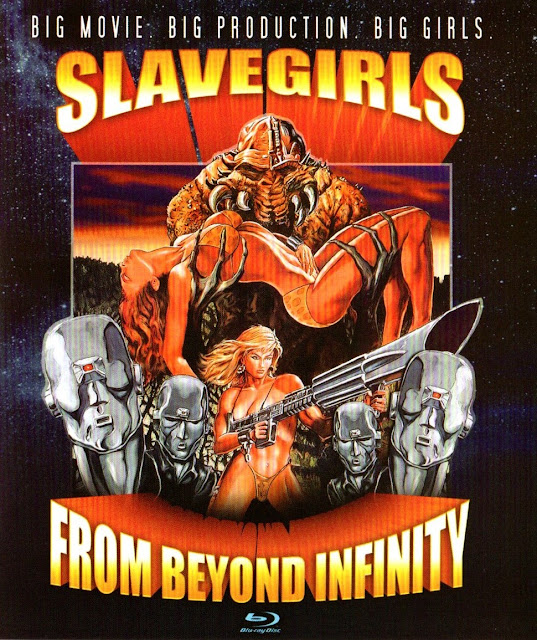 Full Moon Features brings another classic from The Video Store Days in the form of Slave Girls from Beyond Infinity, a very entertaining film that knows exactly what it wants to be and how to be it. 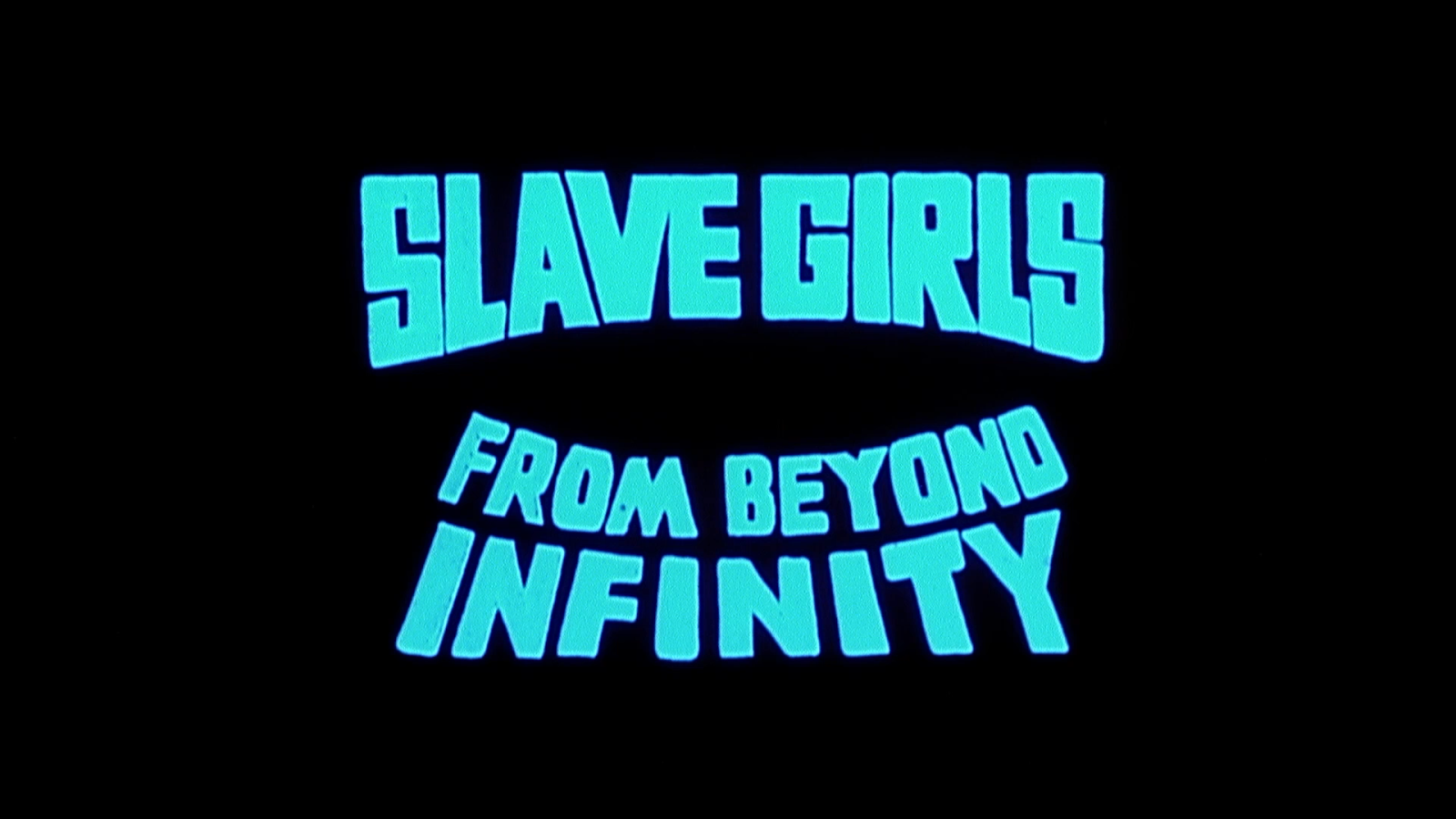 Lovely and resourceful Daria and Tisa escape a space gulag only to crash land on a nearby world where a guy in tight pants named Zed is playing The Most Dangerous Game. Zed turns the girls and another guest loose in his jungle preserve to serve as the prey in a mad hunt. Armed only with knives and their wits, the girls must battle their way accross the jungle to a hidden arms cache before Zed catches and kills them.


Slave Girls From Beyond Infinity is pretty much what you think it is. Two females are being kept as slaves, they escape, get caught on a planet, and have to fight for their lives "Most Dangerous Game"-style. If you were expecting anything more then you have clearly selected the wrong film. The one thing that I will say about this film that I was not expecting was the performance by Elizabeth Kaitan. I had no idea who she was but she is really good here. She has natural comedic timing and she is also gorgeous. She really carries the film and acts circles around every other actor here. That is really what I took away from the film. Sure, there are monsters, robots, a human hunt, and plenty of nudity but I found Kaitan to be such a find that I can overlook all of that. Needless to say but I plan on hunting down as many of her films as I can.


THE PICTURE AND THE SOUND 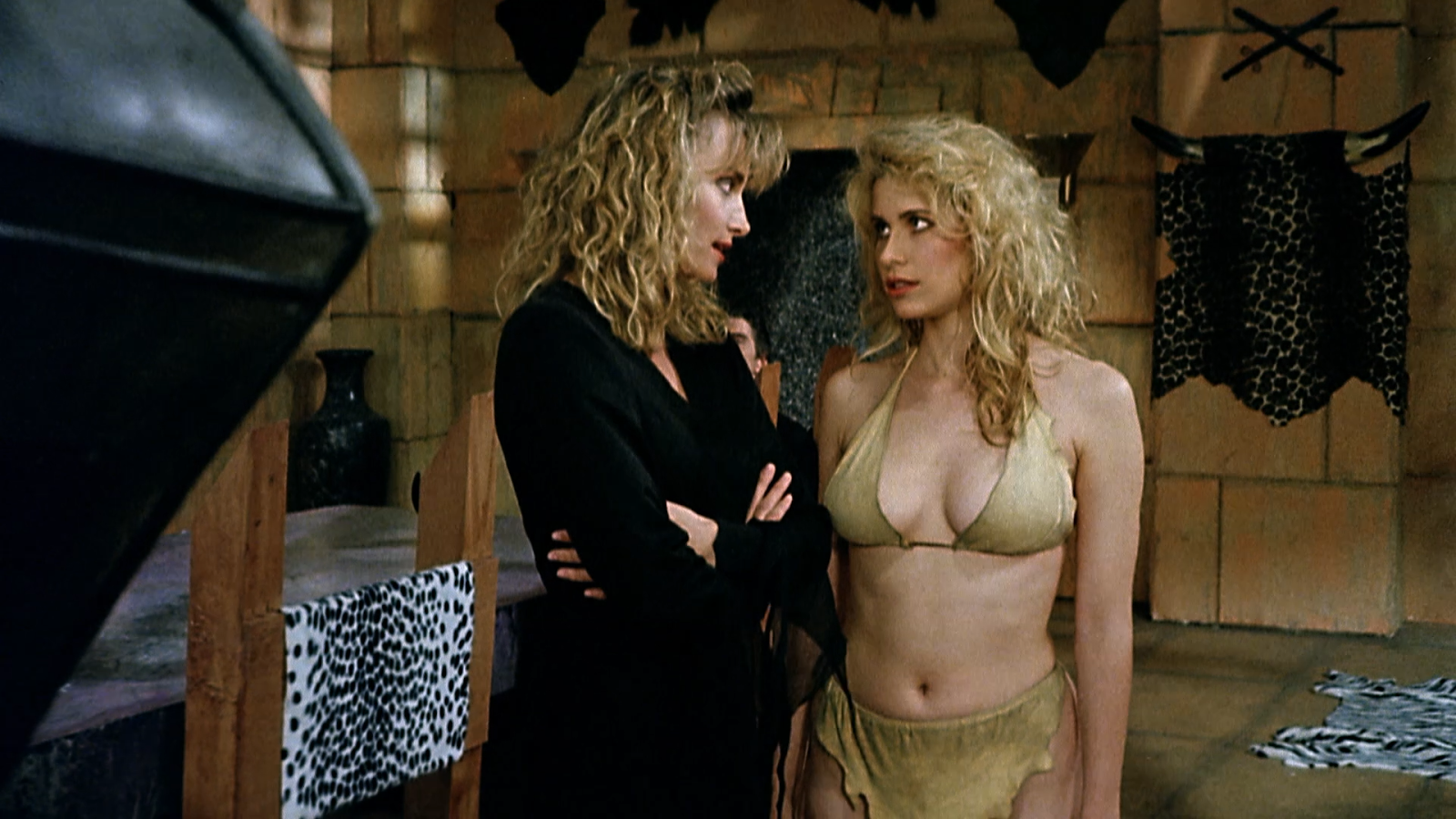 Presented in a 1.78:1, SLAVE GIRLS looks pretty good. We got film grain, good colors, nice black levels. Finer Detail could have been better but it is nice when we do get it. Overall, not a bad transfer but not as good as it could have been.

The glossy Dolby Digital 5.1 track gets the job done. Dialogue is clear and the score sounds nice. 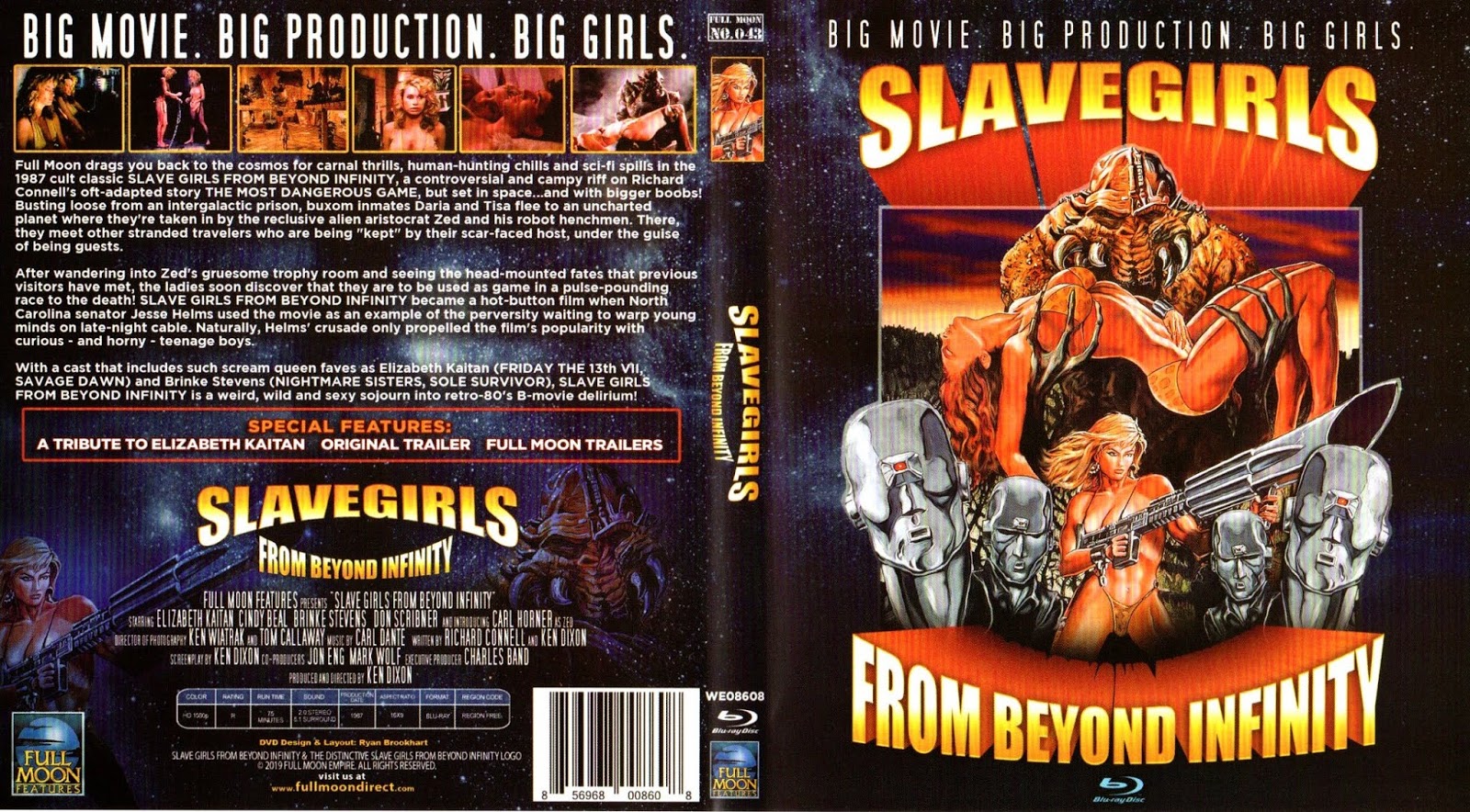 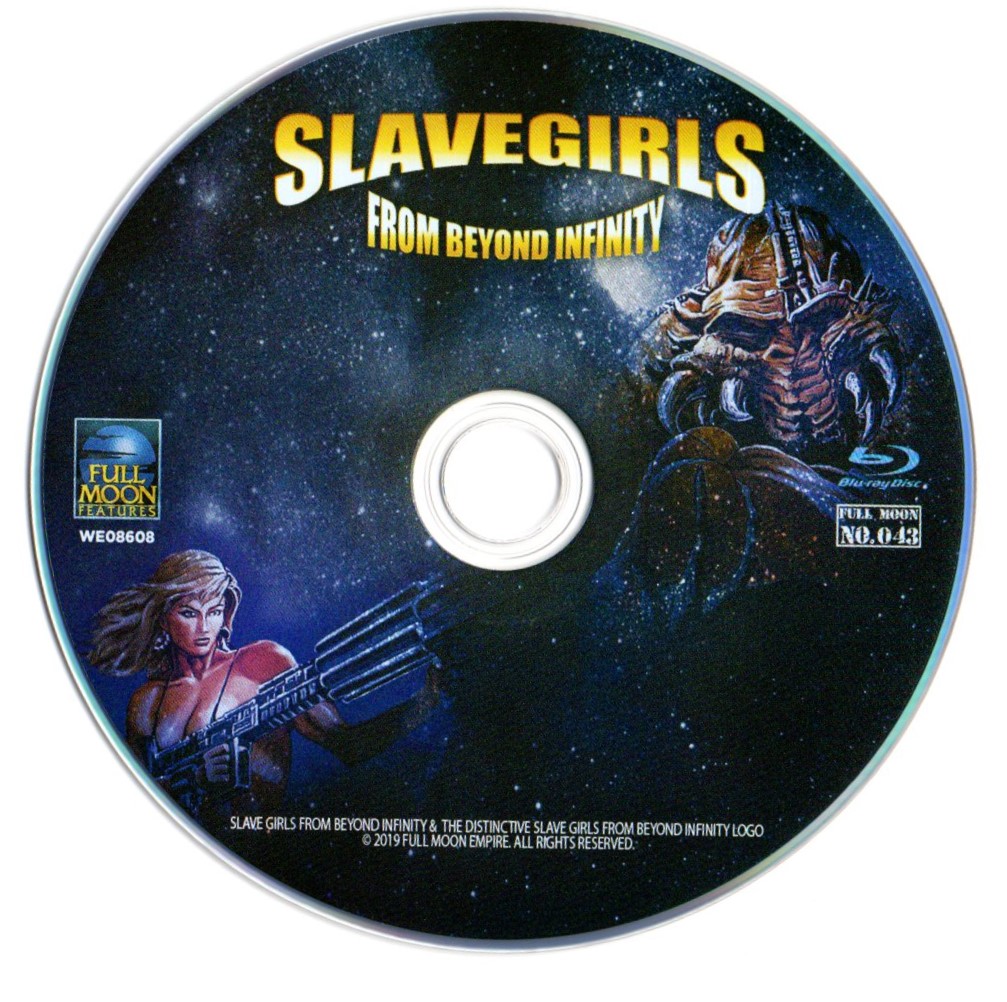 Elizabeth Kaitan Tribute (6m) This was nice little peek at the work of Ms. Kaitan. It's just clips from films that she has made, but there are some very funny lines delivered by Ms. Kaitan that makes me want to see the films shown here. 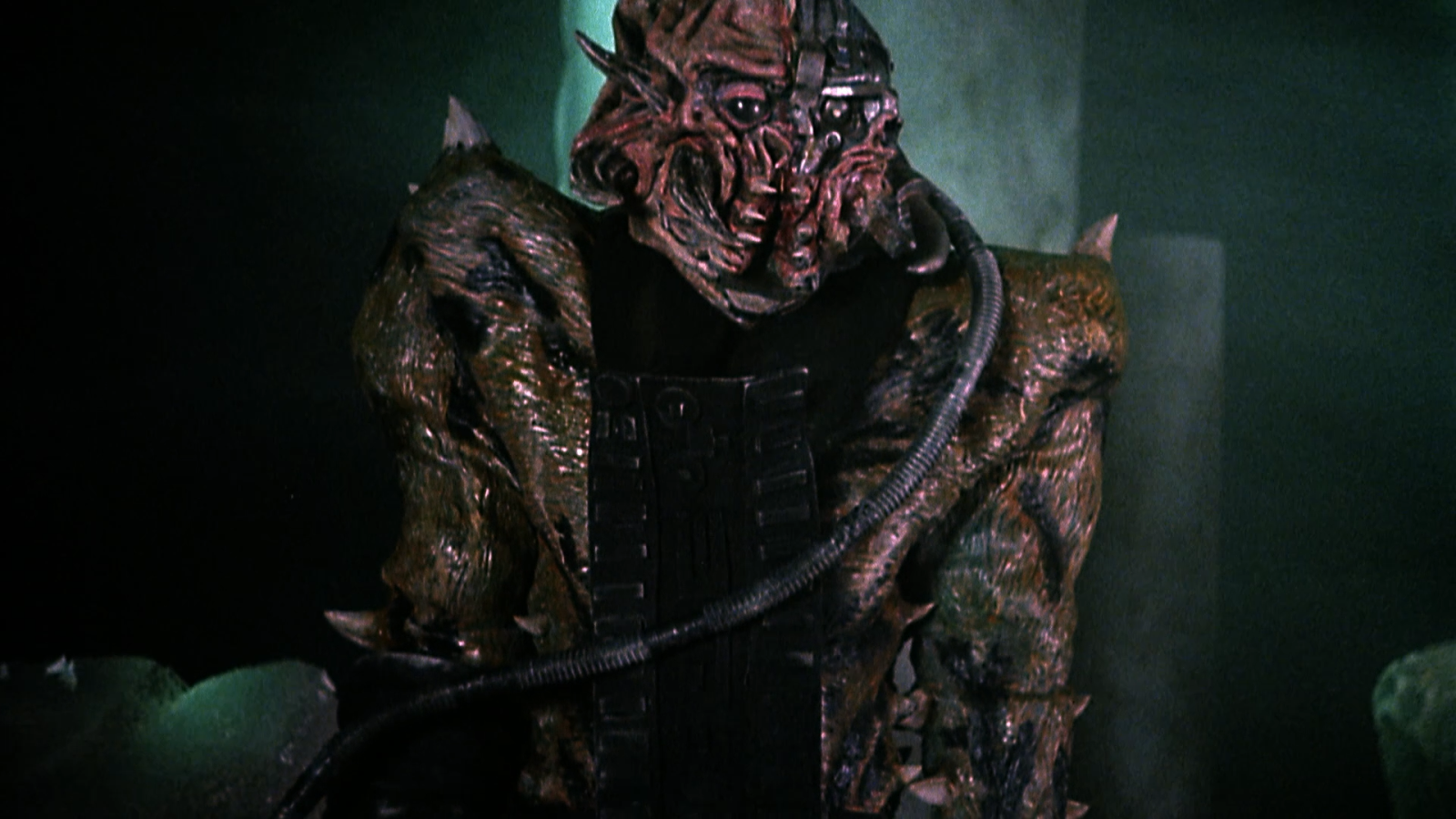 SLAVE GIRLS FROM BEYOND INFINITY is a fun flick that never tries to be anything it's not and doesn't overstay its welcome like so many films made today that try to be like SLAVE GIRLS. Full Moon has done a nice job with this blu-ray with nice picture and sound. I do wish that there was more in the special features department but it is what it is. I definitely recommend to B-movie lovers everywhere.