Godzilla: King of the Monsters Roars It's Way On To Blu-ray, 4K Blu-ray, and DVD This August 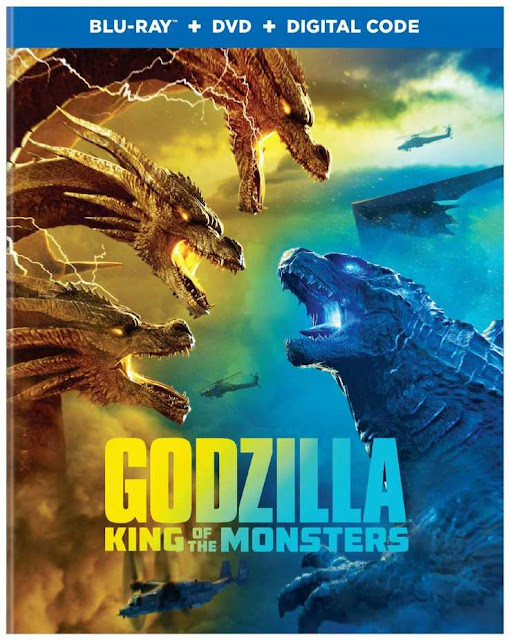 There are some places that are listing a 3D blu-ray version of the film as well, but other than artwork, nothing is listed in this press release. Warner Brothers is still releasing 3D blu-rays so I would not be surprised if there is one coming on the same day.

The 4K Ultra HD Blu-ray disc of “Godzilla: King of the Monsters” will feature Dolby VisionTM HDR, which dramatically expands the color palette and contrast range, and uses dynamic metadata to automatically optimize the picture for every screen, frame by frame. It will also feature HDR10+TM, a new HDR technology that optimizes brightness levels and contrast for each scene.

The 4K Ultra HD Blu-ray disc of “Godzilla: King of the Monsters” will also feature a Dolby Atmos® soundtrack remixed specifically for the home theater environment to place and move audio anywhere in the room, including overhead. To experience Dolby Atmos at home, a Dolby Atmos enabled AV receiver and additional speakers are required, or a Dolby Atmos-enabled soundbar. Dolby Atmos soundtracks are also fully backward compatible with traditional audio configurations and legacy home entertainment equipment.

A 4K Blu-ray SteelBook will be available exclusively at Best Buy. 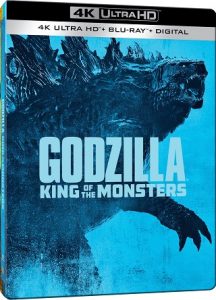 “Godzilla: King of the Monsters” will also be available on Movies Anywhere. Using the free Movies Anywhere app and website, consumers can access all their eligible movies by connecting their Movies Anywhere account with their participating digital retailer accounts.

Fans can also own “Godzilla: King of the Monsters” via purchase from digital retailers beginning August 6.


The new story follows the heroic efforts of the crypto-zoological agency Monarch as its members face off against a battery of god-sized monsters, including the mighty Godzilla, who collides with Mothra, Rodan, and his ultimate nemesis, the three-headed Ghidorah. When these ancient super-species—thought to be mere myths—rise again, they all vie for supremacy, leaving humanity’s very existence hanging in the balance.