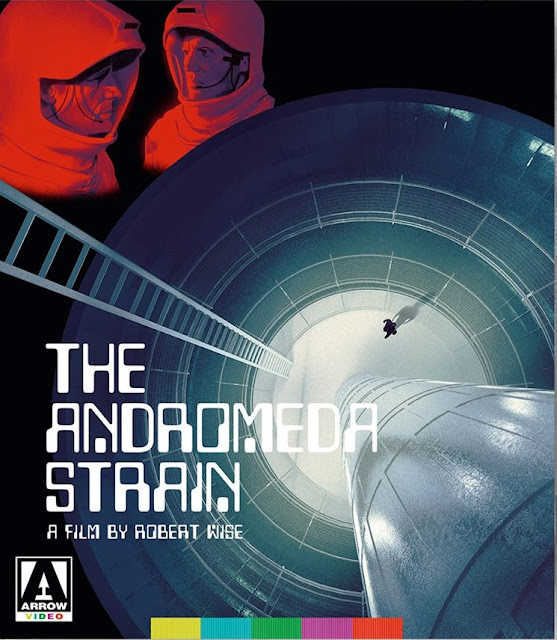 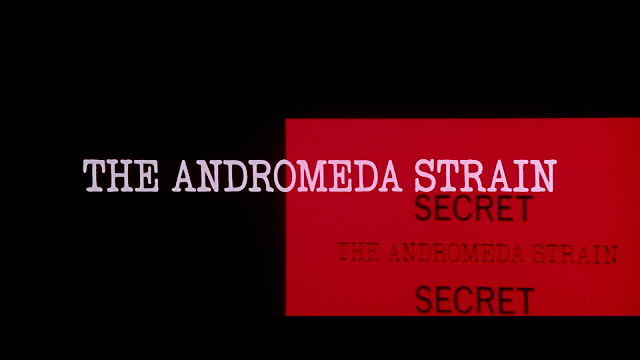 When virtually all of the residents of Piedmont, New Mexico, are found dead after the return to Earth of a space satellite, the head of the US Air Force's Project Scoop declares an emergency. Many years prior to this incident, a group of eminent scientists led by Dr. Jeremy Stone (Arthur Hill) advocated for the construction of a secure laboratory facility that would serve as a base in the event an alien biological life form was returned to Earth from a space mission. Stone and his team - Drs. Dutton, Leavitt, and Hall (David Wayne, Kate Reid, and James Olson, respectively)- go to the facility, known as Wildfire, and try to first isolate the life form while determining why two people from Piedmont (an old wino and a six-month-old baby) survived. The scientists methodically study the alien life form unaware that it has already mutated and presents a far greater danger in the lab, which is equipped with a nuclear self-destruct device should it manage to escape.


I don’t really know what to say about The Andromeda Strain. I didn’t really like the film (I thought the film was really dry and way too technical), but I can’t say that I was ever bored. The acting is really solid here and the direction by Robert Wise is really great. I don’t think that I have seen as many “split diopter” shots in one film.

So here is a film that has great acting, great direction, and it is never boring. So why am I so indifferent about the film? I just think that the film is not to my liking. I never found the film exciting and, even though the acting is great, I found myself not really caring about any of the characters. I also wish the ending was a bit darker than what we got. I will still say that you should check the film out if you are into Michael Crichton books and films, and if you are into sci-fi films in general. 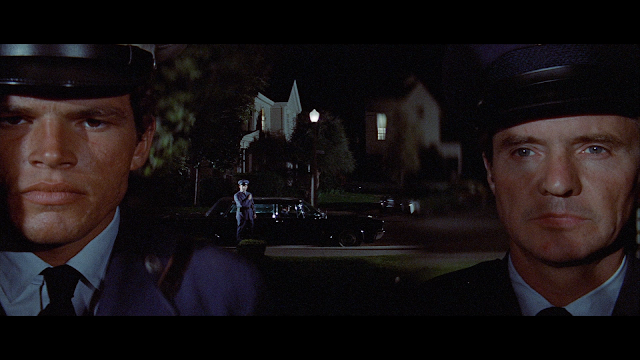 The Andromeda Strain is presented in its original aspect ratio of 2.35:1 and features a brand new 4K restoration. This is the first time viewing the film so I don’t have anything to compare the picture to, but I can say that this is one good looking transfer. There is some really nice coloring going on when we reach the underground facilities and skin tones look just right. Detail is high as well. There are a few times throughout the film’s run time when things get a bit rough, but that can be attributed to the split screen work done for the film and other things that can’t really be fixed. All in all, I really liked what I saw here and hope that more films like The Andromeda Strain get the same level of attention as Arrow put in here.

The sound comes in the form of an LPCM 1.0 track. Everything sounds great here and I have no complaints. Everything can be heard clearly and balanced properly.

I was sent a check disc for review and therefore can not review the packaging. I can tell you that it will come with a booklet with essays about the film and feature reversible artwork. 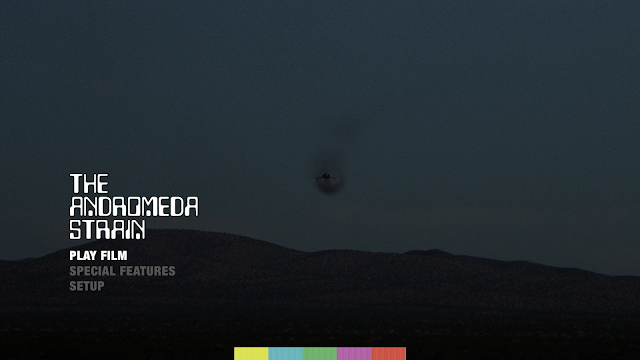 
A New Strain of Science Fiction (28m 2s, HD) Here we have a brand new appreciation of the film by critic Kim Newman. Newman gives us a brief history of what he calls “epidemic movies”, starting with the Elia Kazan film Panic in the Streets. From there he talks about films like The Quatermass Xperiment and The Killer That Stalked New York and how they paved the way for a film like The Andromeda Strain. When Newman gets to talking about The Andromeda Strain, he talks about Michael Crichton and his obsession with how machines work. He also talks about how the film is a 70’s take on a 50’s film.


Making the Film (30m 8s, SD, 1.33:1) This featurette, produced in 2001 for the film’s DVD debut, focuses on the making of The Andromeda Strain (hence the title) and features interviews with director Robert Wise (who tells us how they showed the test animals dying on screen and it is not very pleasant at all), screenwriter Nelson Gidding, and author Michael Crichton (who is happy with how the film turned out.)


A Portrait of Michael Crichton (12m 33s, SD, 1.33:1) This 2001 featurette, directed by Laurent Bouzerau, focuses on author Michael Crichton (hence the title) and how he came to write the 1969 novel The Andromeda Strain.

Cinescript Gallery (3 galleries) Read the original shooting script by Nelson Gidding, illustrated with diagrams and production designs, to form a “cinescript”. You can read the full 192-page document as a PDF file on the BD-Rom folder on this disc.

Theatrical Trailer (3m 18s, HD, 1.85:1) This is a “hosted” trailer wherein the film’s director, in this case, Robert Wise, explains to the audience what the film is about while scenes from the film and behind the scenes footage play. Alfred Hitchcock and William Castle were known for making “hosted” trailers. I like these kinds of trailers as they are different from most other trailers and they feel a bit more personal. 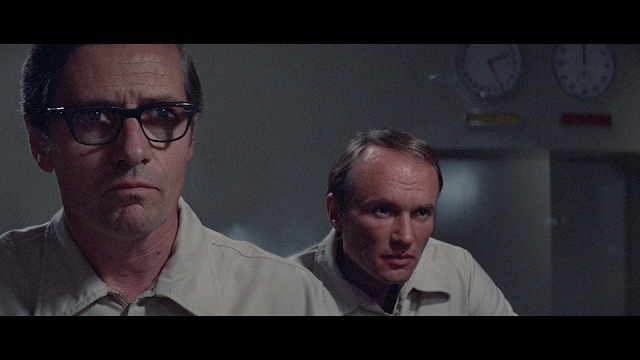 While I was not all the hot on The Andromeda Strain, I can still appreciate the film's wonderful direction and a superb cast. This isn't a film for everyone, but most sci-fi fans should enjoy it. The blu-ray is another story. This is a great blu-ray. Picture and sound are just amazing and the special features roster is wonderfully enjoyable. If you are a fan of the film then this blu-ray is a no-brainer.