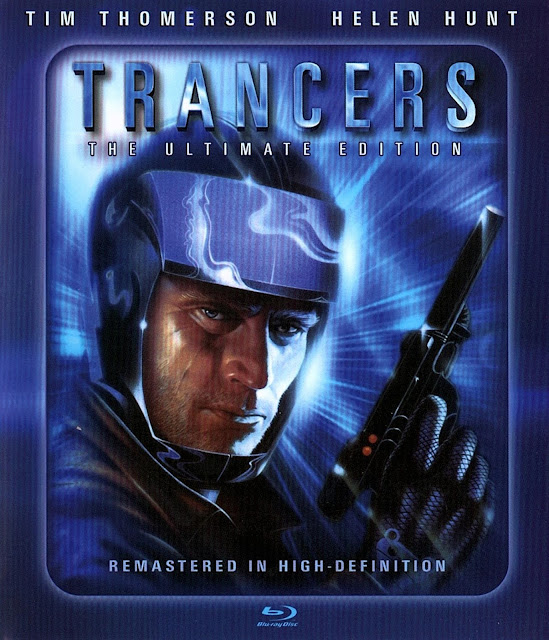 The 1980's cult classic, Trancers, is a film that reminds us what small sci-fi/action films used to look an feel like. 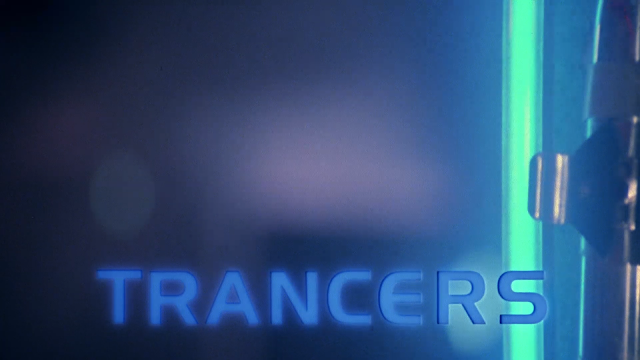 A wonderful commentary from two old friends. Band and Thomerson share a lot of stories and laughs which makes the commentary track a breeze to listen to.

From Ballyhoo Motion Pictures, who gave us Deus Ex: The Philosophy of Donnie Darko and A Sigh From the Depths: 40 Years of Suspiria, have crafted a nice little featurette that covers the making of Trancers. Charles Band, Tim Thomerson, and writers Paul De Meo and Danny Bilson are all on hand with stories that have probably not been told in ages. This is another quality production from Ballyhoo.

These interviews with Tim Thomerson, Helen Hunt, and Megan Ward were conducted during a press junket for Trancers II. There is also a brief snippet from Thomerson from 2013 when he was interviewed for the Trancers: City of Lost Angels in 2013.

Also known as Trancers 1.5, this is a short that was originally produced for an anthology film called Pulse Pounders for Band’s first production company, Empire Pictures. The film was shot in 1987/1988, but was shelved due to the collapse of Empire Pictures. The film has been shown publicly one time, at the 2012 Chicago Flashback Weekend. Two of the films, Trancers: City of Lost Angels and The Evil Clergyman have been released outside of the anthology, while Dungeon Master 2 has not.

City of Lost Angels brings back all of the original cast members (very impressive) to tell the story of a highly trained female assassin who breaks out of prison in order to travel back to 1988 to kill Jack Deth. The film is a lot of fun and very well directed Charles Band. 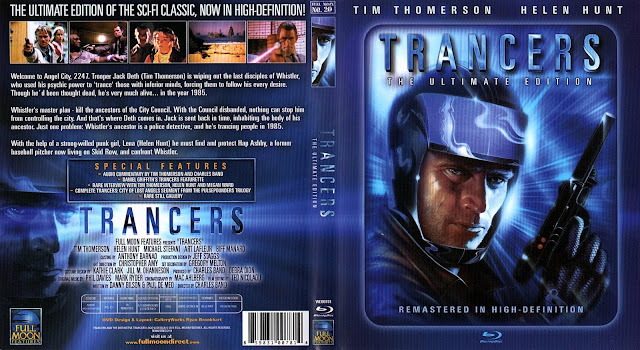 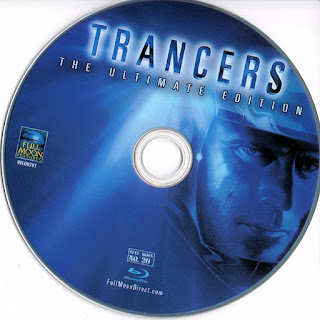 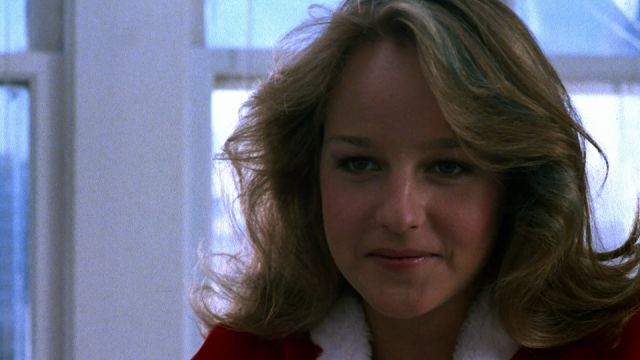 Trancers looks really good. Full Moon has shown the film a lot of love with this transfer. Colors look great and skin tones are accurate. There is a thin layer of film grain that lends the transfer a film-like feel to it. I never once thought that I was watching a digital transfer and that is something that not many transfers can say. 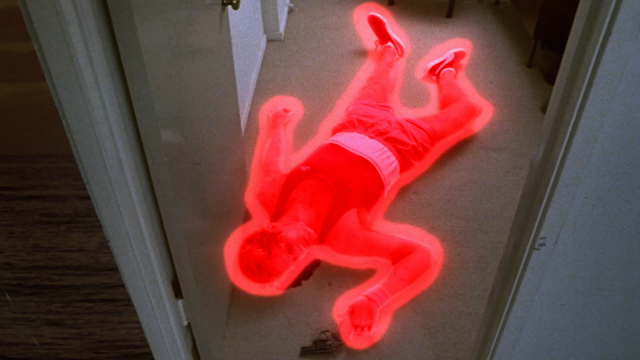 Full Moon has elected not to offer up a lossless track, instead going for a lossy 2.0 track. While the track isn’t lossless, I didn’t find any problems with it. Dialogue is crisp and clean and the score, from Phil Davies and Mark Ryder, is comes through loud and clear. While I do wish that we could have had a full lossless track, the one here is no slouch. 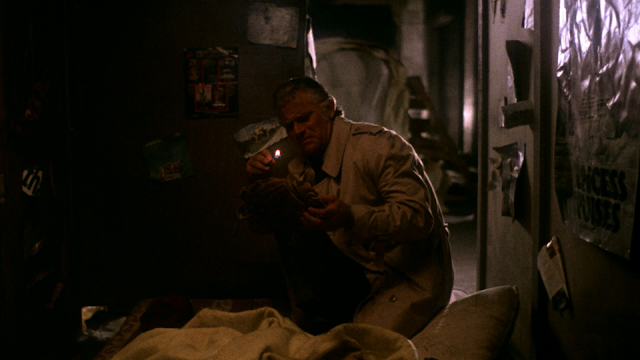 Jack Deth is a trooper in Angel City, circa 2247, mopping up the last of the disciples of the Martin Whistler. Whistler uses his psychic power to 'trance' those with weak minds and force them to obey his every desire. Whistler had been thought to be dead by now, but he's alive and well, and in the year 1985. Whistler's plan - to hunt down the ancestors of the City Council. With the Council disbanded, nothing is to stop Whistler from controlling the city. That's where Jack Deth fits in. Jack is sent back in time by inhabiting the body of his ancestor. The only problem is that Whistler's ancestor is a police detective, and he's begun trancing people back in 1985. With the help of Lena, a strong-minded punk rock girl, he must find and protect Hap Ashby, a former baseball pitcher now living on Skid Row, and face Whistler in a final confrontation.


Trancers is the type of film that I would have loved as a kid, but, for some reason, I never watched. The film is filled with the noir trappings that I loved whenever I watched an older film with my father. He would watch the old film noir films all the time and I would sit next to him and watch, even if I didn’t know what was going on all the time. Trancers takes these trappings and transports them to the future, very briefly, before heading off to the present day: 1985.

The film has a very 80’s vibe to it, not just in the look of the film (most films from the 80’s came with a permanent cigarette smoke haze), but also the feel of the film. During the 80’s films did many crazy things that the filmmakers tried to pass as normal behavior. Here, Deth shoots up a restaurant because the waitress is a trancer. His punishment for doing this is throwing in his badge, literally, without any type of fine or penalty for damaging the restaurant. This, of course, was something that happened in 80’s films all the time, but is never really addressed. I guess in the 80’s insurance companies were more willing to pay for the type of damage that a cop would cause.

The acting is all very well done, especially Tim Thomerson, who started out his career as a stand up comedian. Thomerson is able to do the dramatic stuff very well as well as throw in one-liners when needed. I totally bought him as an action star and he never comes across as an asshole, at least when dealing with the characters that don’t deserve it.

Trancers is the type of film that the 80’s was born to host. The film feels a lot bigger than it really is and everything has a certain flair to it. Thomerson and company never look down on the material, even when they are delivering lines that a fourth grade would blush at. Trancers is Charles Band’s masterpiece (others will most definitely disagree), a film that is better than everything else he has directed and a film that holds up today. 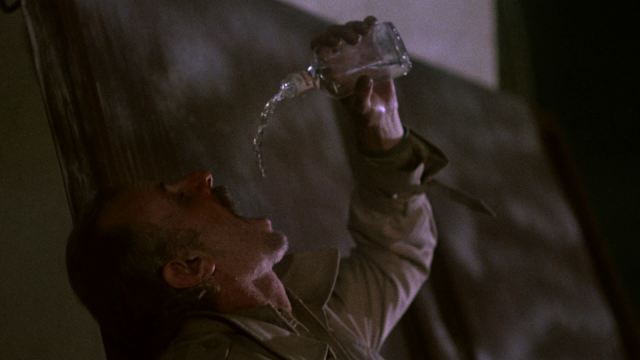 Trancers is a fun film that fans of 80’s films or Charles Band fans will like. The film doesn’t take itself too seriously and is short (1h 13m w/o credits), which means you can watch it beginning to end and not really be mad if you don’t like it. I am looking forward to watching more Jack Deth adventures in the future.

The blu-ray, from Full Moon, is really good. The picture quality is great and the sound, while not lossless, still holds a punch. The special features are actually worth the time with the commentary track and retrospective being the big winners. 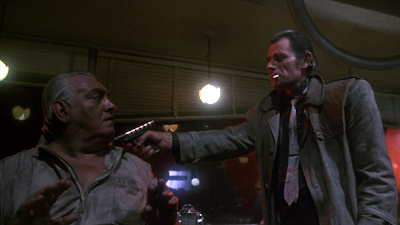 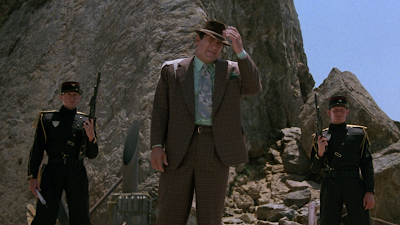 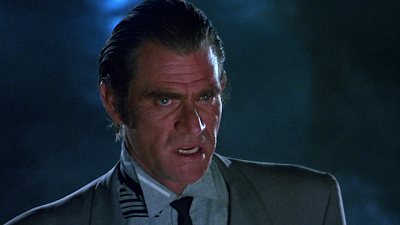 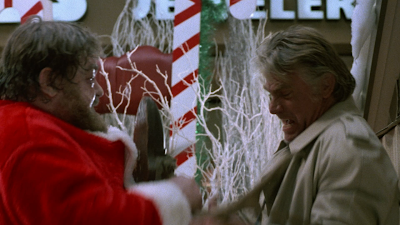 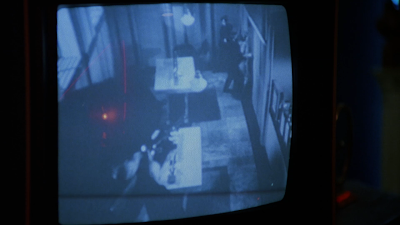 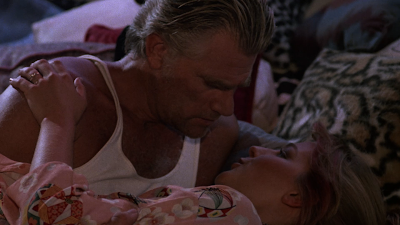 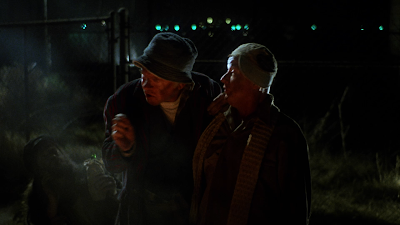 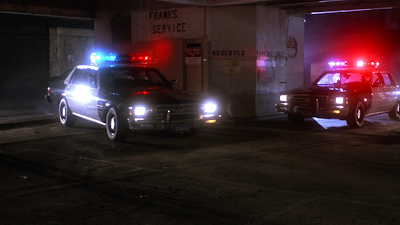 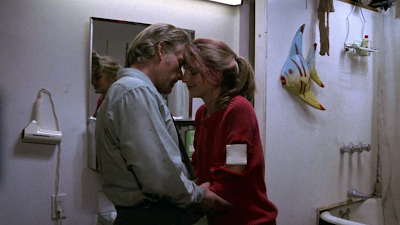 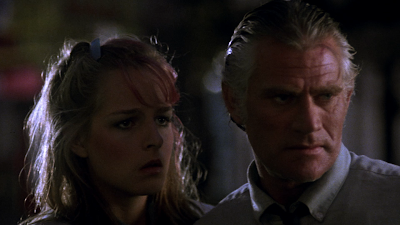