MVD To Bring Bram Stoker's Shadowbuilder To Blu-ray This August 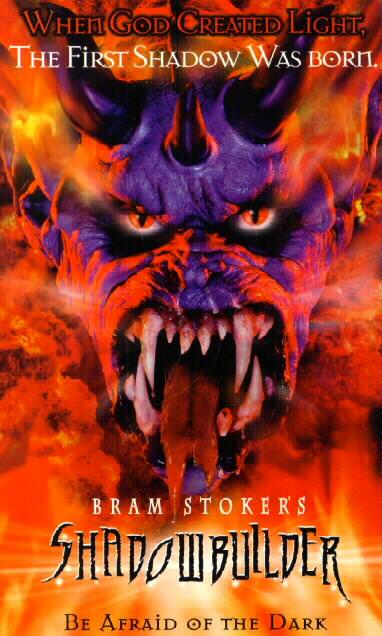 MVD Entertainment Group has posted a listing for the 1998 film Bram Stoker's Shadowbuilder on their website. It is being released as part of their "Rewind Collection" and should be host to many brand new special features. This is from their Facebook page: 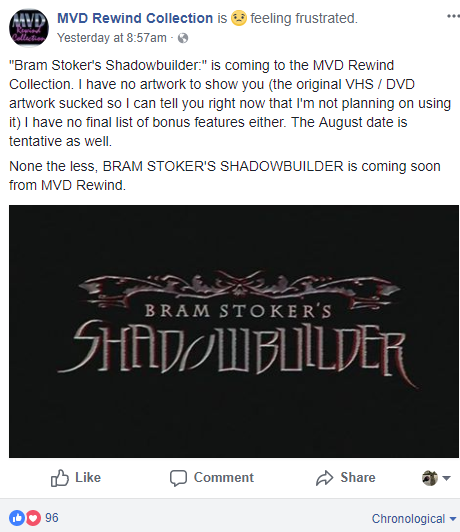 
A demon is summoned to take the soul of a young boy, who has the potential to become a saint. If the demon succeeds, it will open a doorway to Hell, blazing a terrifying trail of destruction, possession and mayhem and destroy humanity. Now the fate of the world hinges on the final outcome of a renegade priest's battle with the soul eating SHADOWBUILDER.
From the mind of the master, Bram Stoker, the creator of "Dracula" comes the epic struggle between good and evil in SHADOWBUILDER, featuring an all-star cast that includes Michael Rooker (Guardians of the Galaxy), Leslie Hope (Crimson Peak), Kevin Zegers (Dawn of the Dead) and Tony Todd (Candyman).


This post will be updated as soon as we have more information. Release Date is August 28th.
News