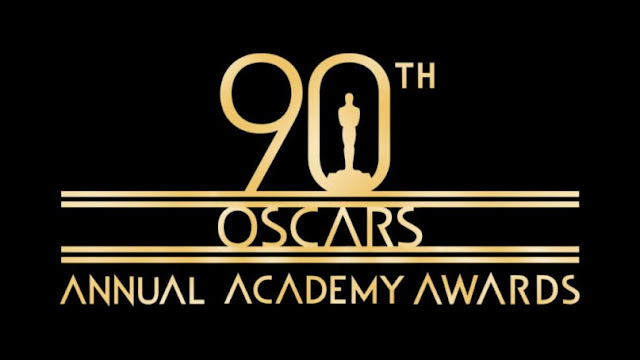 The 90th Academy Awards are tomorrow, March 4th, 2018 and we at The Big Movie House.com thought that we would give picks for who should win (*) and who will win (!).

Best Picture
The Shape of Water should win here as Three Billboards is pretty overrated. It is still a good film, but it isn't the best. However, Three Billboards will take it home because the voters like it more.

Directing
A lot of the time, the director of the best picture wins. Of course this has not been the case in recent years, but it used to be the norm. The problem lies in the fact that Martin McDonagh isn't even nominated for his direction in Three Billboards. Therefore, del Toro will win. He also deserves to win.

Actor in a Leading Role
As much as many of us would love to see Daniel Day-Lewis win for Phantom Thread, Gary Oldman has had this category on lockdown for quite some time. The only thing that would change this is if all the envelopes containing Oldman's name as the winner were to burn up and the Academy had to revote but forgot who they voted for and chose Day-Lewis because they have seen name before on this list many times.

Actress in a Leading Role
This one is a toss up. I am picking McDormand because she has been the more upfront choice for a while. I think that Saoirse Ronan has a really good chance of being the upset because the Academy likes to give the young actors the awards over the veteran.

Actress in a Supporting Role
This category is hard because all of these performances are top notch. There is not one performance here that shouldn't have received a nomination. That being said, Allison Janney is going to win, but I think that Laurie Metcalf gives the better performance.

Actor in a Supporting Role
Sam Rockwell has this win pretty much locked up although I thought that Harrelson gave the better performance.

Adapted Screenplay
Call Me By Your Name is the one that is going to win. The other screenplays are great and all, but Call Me By Your Name has the push behind that it needs to win. Would love to see Logan sneak in there and win. Stranger things have happened.

Original Screenplay
Because McDonagh wasn't nominated for his direction in Three Billboards, I do think that he will win for screenplay. Again, I think that del Toro should win because he deserves it more.

Animated Feature Film
Of course, Coco is going to win. Honestly, I do not know why they have this category when Pixar wins 9 out of 10 times.

Foreign Language Film
The most talk is about A Fantastic Woman and I think that will be the winner.

Documentary Feature
Faces Places will win. The film has been talked up the most out of all of the nominees.

Film Editing
Baby Driver had so much put into its editing that I think that it will win.

Production Design
Blade Runner has this won. The Shape of Water is the only other threat.

Costume Design
I think that it would ironic if Phantom Thread did not win this category. Honestly it does deserve it.

Original Score
All of these scores would great, but Alexandre Desplat's score was better enough to win.

Original Song
None of these songs have wowed me this year, so I am picking Coco as the safe bet.

Sound Editing
Again, Baby Driver should win this, but I think that most of the techincal awards will go to Blade Runner 2049.

Visual Effects
I hope that I am wrong with this because War for the Planet of the Apes deserves it more than any other nominee.