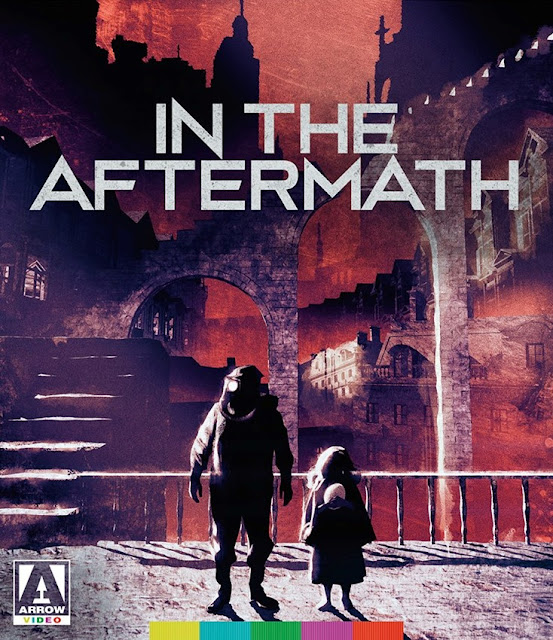 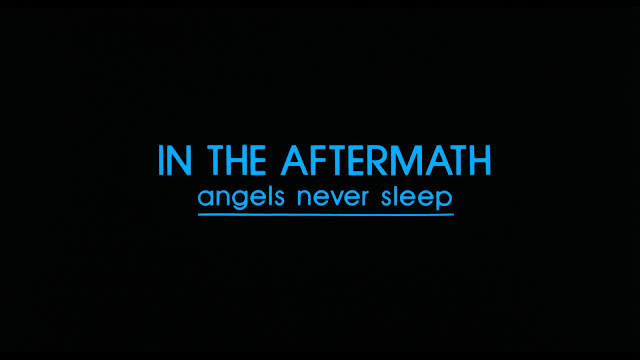 In a radiation-soaked wasteland, two surviving soldiers search for supplies amid the rubble. After a violent confrontation, Frank is haunted by visions of an angelic young girl holding a giant egg, herself a refugee from another world altogether.


I had no idea what this film was when it landed on my doorstep. I read the plot synopsis and it mentioned that the film was a post-apocalyptic film and I love those so I thought that I would take a chance on the film.

In the Aftermath is one of the worst films I have seen all year. The anime sections don’t blend with the live-action scenes at all and the transition between the two can be very jarring. Both sections don’t make a lick of sense on their own and combined they make even less sense.

The film that the animated sections are from is a film called Angel’s Egg, which I had never even heard of before this review, and even that doesn’t look very good. Apparently, that film made no sense either and the making of In the Aftermath was a way of bringing the film to the States and making it make sense. I am sure that that was the intent of making this film. There are a lot of times when a foreign film is brought to the States and it is cut down to make it more appealing to an American audience. There are other times when a film is cut up and new scenes shot for an American release. Godzilla: King of the Monsters (1956) and King Kong vs Godzilla are two examples of this. The filmmakers' intent was noble, but the end result was not.

In the Aftermath is an awful film. I was kind of excited because of the post-apocalypticness of the film, but about fifteen minutes in I knew that this was going to be a stinker. The live-action scenes are cheap and boring and the animated scenes make no sense from the getgo. I really wanted to turn this film off, but I trudged through anyways. I could find nothing redeeming about this film whatsoever and will have to give it a score of ZERO STARS. 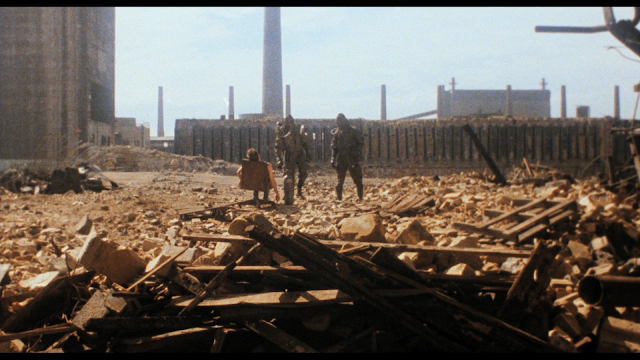 Presented in the film's original aspect ratio of 1.85:1, In the Aftermath looks good. This film was made up of two different film sources (slightly older anime and new live-action footage) and everything comes together very nicely. The live-action footage is a bit more colorful and those shine nicely. The anime footage looks a bit worse for wear. Still, the film could have looked a lot worse.

The 2.0 track does a fine job brings the film to life. Dialogue sounds good as does the score.

I was sent a check disc for this review and can not review the packaging. Expect the usual Arrow Video packaging (ie: reversible cover and booklet 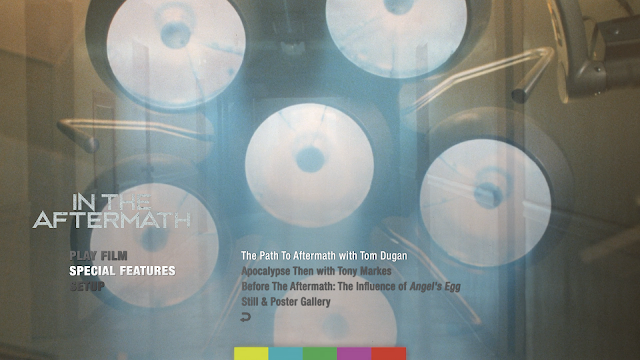 
The Path to Aftermath with Tom Dugan (11m 17s, HD) This is an interview with the film’s producer.


Apocalypse Then with Tony Markes (14m 26, HD) This is an interview with the film’s star.


Before the Aftermath: The Influence of Angel’s Egg (19m 21s, HD) A new appreciation of the original anime, Angle’s Egg, by Andrew Osmund, author of Arrow Book’s Ghost in the Shell

The features presented here are pretty good. I learned a lot about the history of both films and I am always up for that. I do wish that Arrow had been able to get the film’s trailer or any other advertisements the film had. That is really the only thing missing from this line-up. 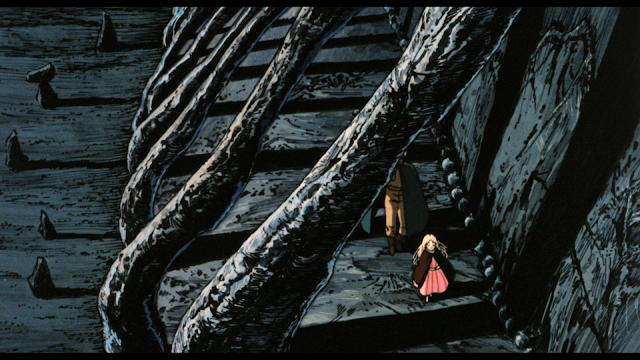 In the Aftermath is one of the worst films I have ever seen. Nothing in the film makes any sense whatsoever and it really isn’t all that great to look at either. I wish that the filmmakers had just made a straightforward post-apocalyptic film rather than try, and failing, to blend to completely different films together. The Arrow blu-ray is pretty good with nice picture and sound. The features aren’t too bad either, but I can not recommend this release to anyone outside of the curious.