The Year of 2018: The Disappointments 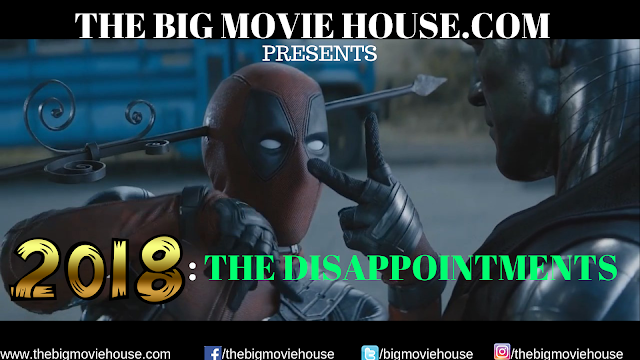 Every year, as we all take a look back at the best and the worst that the year had to offer, I like to take a look at the films that either were disappointments or surprisingly good. Top Ten and Bottom Ten lists are easy to do. It is the middle ground that is harder to gauge. Not all of these films were bad, they were just disappointing.

It has been quite a while since Pixar made a good film. I know that some will say that Coco was good, but I didn’t like it. For all the razzle-dazzle the film had going on, I found it surprisingly cold. The last good film that Pixar made was Inside Out and that was three years and five films ago. I was kind of excited to see Incredibles 2 because I liked the first film. The ingredients were all there. The cast was back as was Brad Bird, who wrote and directed the first film. How could this go wrong?

There are a lot of things wrong with Incredibles 2. While the animation and voice acting are top notch, the story and the action scenes are not. The story is just a tired retread of the first film, but here they switched it up so that Mr. Incredible stays at home with the kids and Elastigirl goes out to save the day. The beats to the story are all the same as the first, so much so that we have figured out who the villain is and why they are doing what they are doing before anyone in the film has. The action scenes are also bland. The animation, as I said earlier, is really well done, but the action scenes don’t seem to serve any point other than to wake the audience up. The only thing here that was worth watching this film over are the scenes with Jack-Jack and a raccoon. Those scenes are pure gold, but they are surrounded by the blandest of animated films. I am glad that people liked this one, but I am wondering if they went to see it because they wanted to or because they felt they had to.

2016 saw the rebirth of the R-rated comic book film. Before we had films like The Punisher and Blade, but since all the rights for those films have reverted back to Disney, who doesn’t make R-rated films anymore, hope seemed to be lost. Then Deadpool came along and reminded us that comic book films could be made for adults too. Deadpool would go on to become the highest grossing R-rated film of all time (worldwide) and the second highest grossing R-rated film domestically (beaten by The Passion of the Christ). A sequel was a given and was promised to best the first Deadpool in both action and comedy. It didn’t. Well, not all the way.

The action in Deadpool 2 is really well handled. The director, David Leitch, has worked on some amazing films and, as a director helped birth John Wick and Atomic Blonde. This guy knows how to put together an action film. While the action is nice, the comedy takes a hit. The film is still funny, but the novelty has worn off. A comic book character, in the X-men universe, cursing and doing lewd things isn’t shocking anymore. Thus the humor, while very funny at times, doesn’t hit as many home runs as the first film did. The film also has an insufferable kid character who I really just wanted to die. The film is still entertaining, but it doesn’t even come close to the first film. 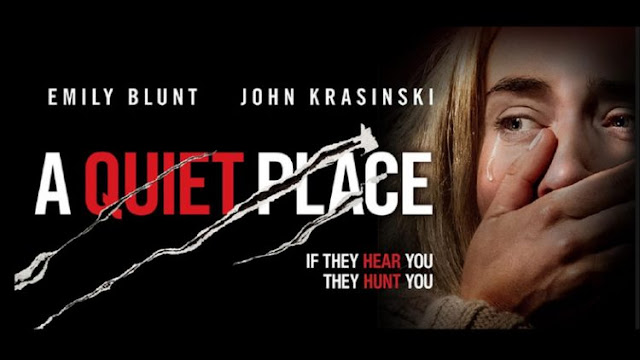 Everyone talked about A Quiet Place like it was the next coming of Christ. It was one of the biggest horror hits this year and the reviews were really good. I missed it in the theater and watched it at home. To say that I was not a fan is an understatement. While I liked the concept of the film (no one can make a sound or something gets you), I thought that the execution was off. First off, I can’t stand Emily Blunt. I think that she is stuck up and have never found her acting all that great. Plus, she hates half the films that she has been in. If you hate that many films of yours maybe you are in the wrong business. Second, the big opener is forced and stale. You could see the outcome from a mile away and yet the filmmakers still went with it. The third thing is the big suspense scene towards the middle of the film. Blunt is pregnant (yeah that is completely believable that a couple so hellbent on not making a sound would put their family in constant jeopardy by having a fucking baby, something that makes noise all the time.) and she has to get away from the thing that hates noise. While she is trying to get away from it, she goes into labor. She has to try to have this baby in complete silence. Sure. I am completely on board with this. Fuck that and fuck this film. 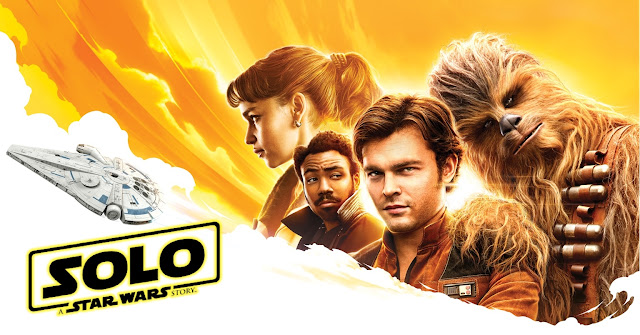 I can’t say that I had the highest hopes for Solo. The film looked alright, but I am a Star Wars fan so I thought that I would check it out. While I thought the film was ok at best, I do wish that we could have gotten to see the film that was originally shot. Lucasfilm fired the original directors with only three weeks left in the shooting schedule, hired Ron Howard, and reshot 80% of the film. The film we were supposed to get sounded like it could have been fun. The film we got is almost joyless in its characters and execution with only two things that were worth anything: Donald Glover as Lando and the train heist towards the beginning of the film. I know that most find the train heist to be just another train heist, but this one of the only completed setpieces from the original directors and I think that it is the standout of the film. Fuck doing the Kessel Run in less than twelve parsecs. The train heist is exciting and really well shot. The rest of the film is an underlit borefest that fans stayed away from. This film could have been good if Kathleen Kennedy had told Lawrence Kasdan to sit the fuck down and stop whining like a child. The original directors were doing fine. This film’s failure made Lucasfilm rethink what they were doing. Now we are getting safer than ever Star Wars films. Just like everyone wanted.

In yet another blunder from Sony, Venom should have been good. The character, first introduced to the big screen in Sam Raimi’s Spider-man 3, deserves his own film. He got one, but not the one that most wanted. Fans wanted an R-rated film so that the character could do what he does best, but Sony wanted to play it safe, so they released the film with a PG-13 rating, pissing off not just fans of the character, but also the film’s star, Tom Hardy, who claims that his favorite scenes were all cut out of the film. Still, people went to see this thing, I was one of them and I regret it, and the film was a really big hit. The film is almost pure garbage, but it seems like people like going to see crap. The film is very limp in its presentation and is one of the worst looking films of the year. The writing is atrocious, the direction is lazy and boring, and the acting, except for Tom Hardy who also voices Venom, is beyond bad. I was laughing and rolling my eyes more at this film than I did at any other film this year (except for maybe Bohemian Rhapsody, but that is for another list). Venom is what you get when all of the wrong people have a say it what happens in a film. I am glad that people liked this, but they really should know better and showed Sony that they don’t deserve to have nice things.

So there you have it. Five films that disappointed me. There were more, but the rest are going on my Worst-of list.

After I wrote this I went to see Aquaman and I have to add it to this list. I had hopes for our aquatic friend and he disappointed me in almost every way. The film is way too long (2 ½ hours) with too much plot and, yet not enough going on. The film could have lost 45 minutes and it would have been a much better film. Warner Brothers wanted the Justice League film to be under two hours, but they were ok with this being half an hour longer than that? Come on. That film needed to be longer. No one asked for a 2 ½ hour long Aquaman, but it seems that people are going to see this thing, so maybe they don’t care about things like length, characters, bored, repetition, pointless scenes, and, worst of all, not enough Dolph Lundgren. Aquaman had so much potential but wasted it by cramming too much of everything into one film.