In a day that movie nerds like myself thought would never happen, Scream Factory has announced that they are bringing three John Carpenter titles to blu-ray this July. Two of the titles, Someone is Watching Me, and Memoirs of an Invisible Man will be making their blu-ray debuts while In the Mouth of Madness has been released on blu-ray already from Warner Brothers.

This is very exciting as we never thought that us Carpenter fans would ever be able to get this much closer to being able to finish our John Carpenter collection on blu-ray as Someone's Watching Me and Memoirs of an Invisible Man were not very likely candidates for blu-ray release as they were Warner Brothers titles, and they are always very finicky with releasing titles on blu-ray.

All three titles will street on July 24th. Preorders can be done at Scream Factory's website and will ship two weeks early. In the Mouth of Madness is a Collector's Edition title and will include a 18" x 24" rolled poster featuring the brand new artwork.

Note: No special features have been anounced at this time, but we will update this article when they become available. 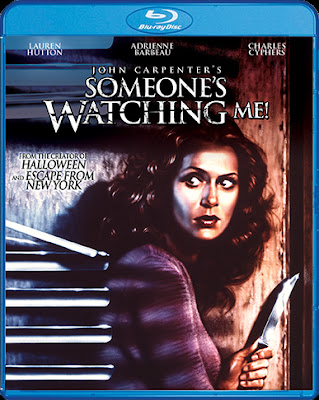 Los Angeles newcomer Leigh Michaels moves into a chic high-rise apartment building. She loves the view. So does the Peeping Tom who lives somewhere in the adjacent tower.

John Carpenter (Halloween, The Thing) writes and directs this thriller where the breath-catching suspense starts at the moment Leigh (Lauren Hutton, American Gigolo) is framed in the lens of a telescope. For Leigh, it's the beginning of terrors that escalate from anonymous calls and gifts to lights that mysteriously flicker to prove that someone watches every moment of her life. Leigh fights back, matching her tormentor's obsession with her own relentless drive to uncover his identity. The prey is now predator – and that escalates the stalker's game to a deadly new level. Someone is watching. 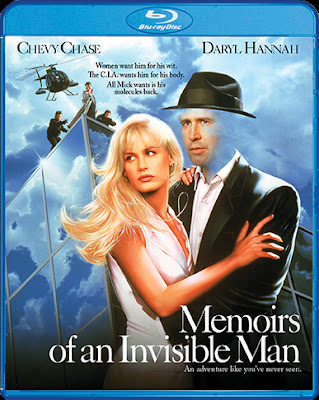 Just a quick nap and weary stock analyst Nick Halloway is sure he'll emerge as good as new. Instead, he wakes up as good as gone. Vanished. A nuclear accident has made Nick ... invisible!

The laughs and visual effects are out of sight when Chevy Chase headlines Memoirs of an Invisible Man. Invisibility makes it easier to spy on agents (particularly chief adversary Sam Neill) who've put him in his predicament. And he can romance a lovely documentary producer (Daryl Hannah) in a way she's never "seen" before. John Carpenter (Halloween, The Thing) directs and Industrial Light and Magic create eye-opening effects as Nick embarks on his manic quest. Seeing is believing! 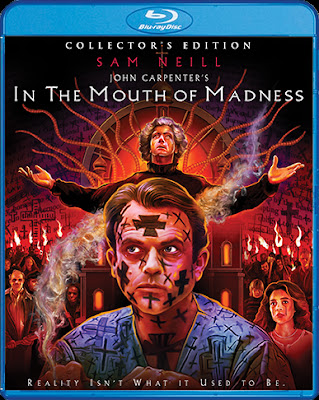 "A thinking person's horror picture that dares to be as cerebral as it is visceral." – Kevin Thomas, Los Angeles Times

Sutter Cane (Jürgen Prochnow, Dune, The Seventh Sign) is the best-selling author whose newest novel is literally driving readers insane. When he inexplicably vanishes, his publisher (Charlton Heston, Soylent Green, Planet Of The Apes) sends special investigator John Trent (Sam Neill, Daybreakers, Dead Calm) to track him down. Drawn to a town that exists only in Cane's books, Trent crosses the barrier between fact and fiction and enters a terrifying world from which there is no escape.

Inspired by the tales of H.P. Lovecraft, this shocking story is, in the words of its acclaimed director, "horror beyond description!"