A Thriller That Is More Timely Than Ever. Two-Minute Warning Blu-ray Review + Screenshots 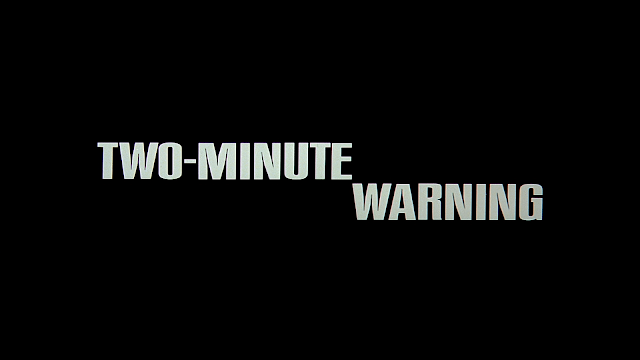 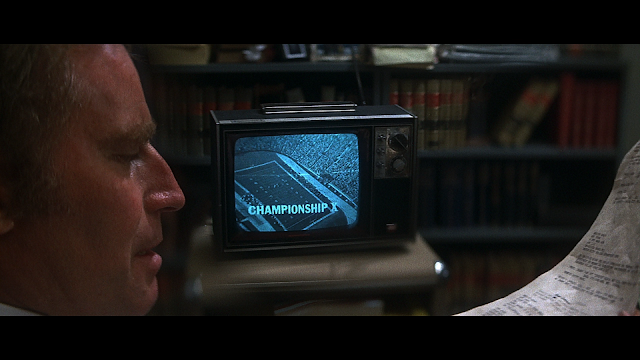 The story of Two-Minute Warning’s television version is really interesting. NBC bought the television rights to the film. They did not like the story to the film and knew that they would have to cut out most of the violence and strong language in order to air the film on network tv. A new script was hastily written and presented to the film’s director, Larry Peerce. According to DGA guidelines, any new footage shot for tv versions of feature films have to be offered to the film’s original director, Peerce took one look at the script and declined. The new scenes were shot in 1978 and focus on the shooter (who wasn’t focused on in the theatrical version and only has one line) being a cover for an art heist. This new version of the film was so bad that Peerce had his name removed from it (the film’s editor, Gene Palmer, is given directing credit) Charlton Heston came back for a day of filming and many new cast members were added for the new scenes. The actor who played the shooter, Warren Miller, reprises his role and is given a lot more lines than he had in the theatrical version. Since all of this new footage was inserted into the film, something had to go. Obviously, the violence is gone, but also most of the character introductions are gone as well. This version of the film was successful when it ran on tv and NBC made sure that this was the only version that could be made available to tv and cable networks. The theatrical version was made available on DVD. This is the first time that the tv version has been made available on any home format. This is an awful version of the film and takes what was important about the film and neuters it so that families can watch it together. While it is nice to have on this blu-ray, the film plays more like a joke than a real film.

Peerce starts out talking about how complex the shoot was (which looks like it was). The film was shot mostly during the American League Football offseason, but the game depicted in the film is a real game. Peerce talks about this and how there was matte work done to the crowd to fill it out. He also talks about how they shot the riot scene at the end (which included up to 5000 extras a day). I found this to be really interesting because I always wondered how scenes like the ones in the film were shot. There are a few shots in the film where the shooter, from his POV, brings the scope of his rifle right into the camera’s view with the crosshairs being trained on the actors in the film. Peerce talks about how this was done and that it was done live, in camera. Peerce also talks about working with the cast and crew (all of whom he loved working with) and the television version of the film.

A static picture from the film with a soundwave animation that matches the radio spots is shown while the five radio spots play.

Two-Minute Warning comes to us from Shout! Factory. 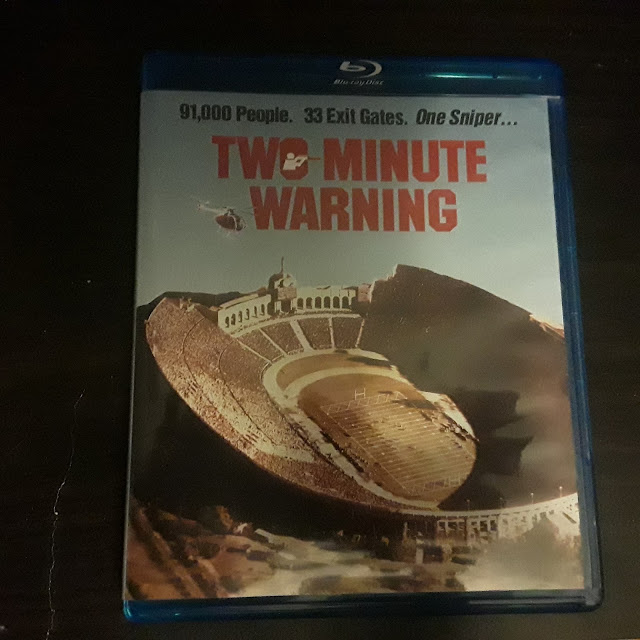 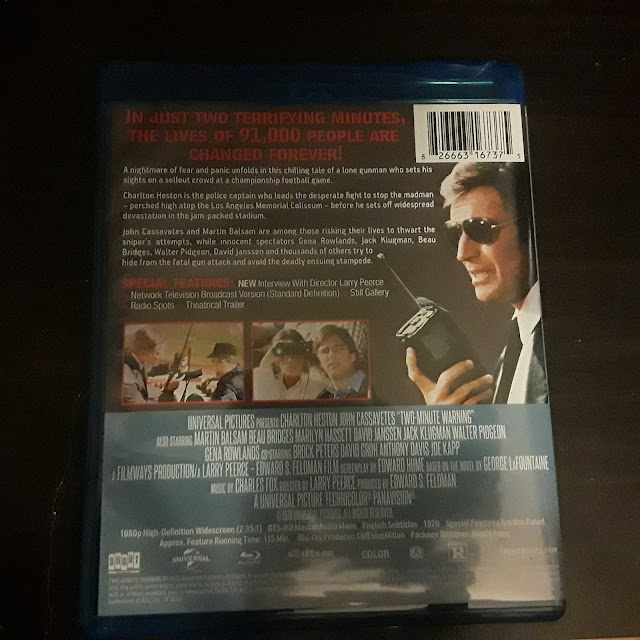 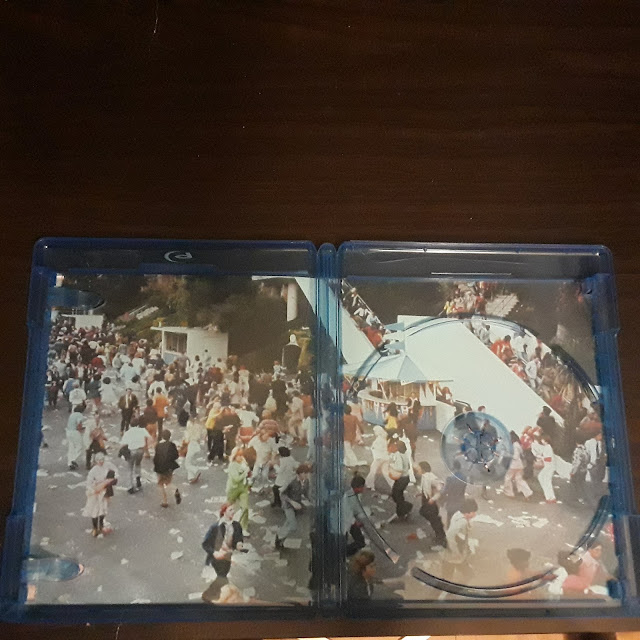 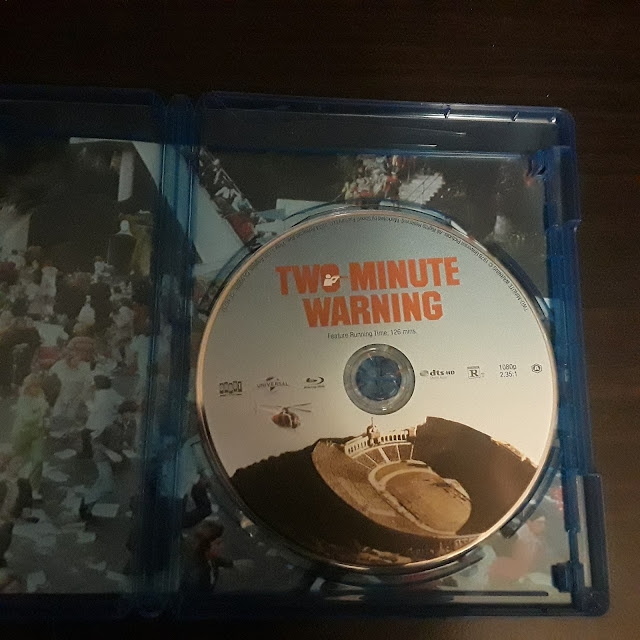 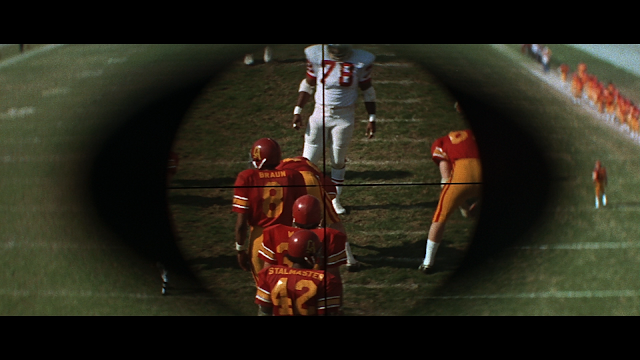 Two-Minute Warning looks great. I have read that this is a new scan, but then I have read that it isn’t. I don’t know which one is true, but I do know what I see and I see a film that looks every bit as good as it did when it was first released. Detail is great throughout and colors look accurate. Black levels are deep and skin tones are nice. There is grain throughout, with some scenes getting an uptick, but it is never intrusive. This is my first exposure to the film and I will have to say that it left a lasting impression on me. 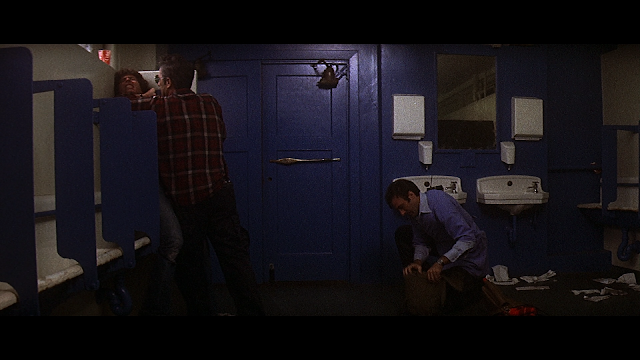 Shout! Factory gives us a wonderful DTS-HD Master Audio track that really immerses us in the film. The film’s score, by Charles Fox, really shines here as do the gunshots. Dialogue is crisp and clear and there are no distortions to the track. 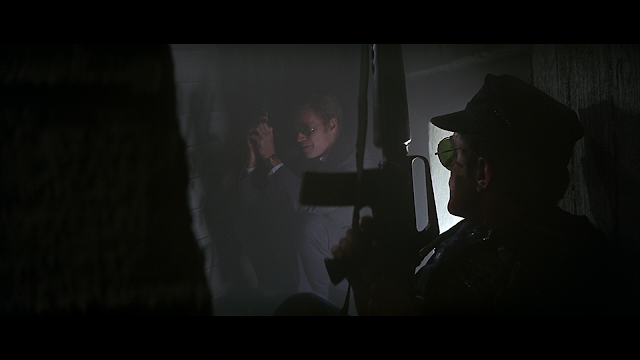 A psychotic sniper plans a massive killing spree in a Los Angeles football stadium during a major championship game. The police, led by Captain Peter Holly and SWAT commander Sergeant Button, learn of the plot and rush to the scene.


I have been watching a lot of 70’s film lately. Just in the last week, I have watched Earthquake, The French Connection, and Sorcerer. I loved all of these films and figured that I needed to watch more. Luckily, Best Buy had Two-Minute Warning on sale and the price was right.

Two-Minute Warning opens with an incredibly brutal scene. The shooter is practicing his aiming, targeting a couple who are riding their bikes along a suburban street. The shooter, from his hotel room, shoots the man in the chest, killing him and causing the wife to go into hysterics. We then see the shooter pack up his stuff, pay for his hotel room, and make his way, by car, to the football stadium where most of the film will take place.

Mixed in with the scenes of the shooter going about his plan, we are introduced to a gaggle of characters who will all show up at the game in one way or another. We meet a quarterback, a gambler who has a substantial amount of money riding on the game, a priest who befriends the gambler, a family who represent the nuclear family, the tv crew broadcasting the game, and many others. I think that the film introduces way too many characters, with many of the characters getting no more than a scene or two before we never see them again.

I will not detail what happens once the film moves to the game as I was happy that I didn’t read anything about the film before I saw it. I will say that there were events in the film that I was not expecting and took me for a shock.

The acting and the direction are really good here. None of the actors give a bad performance and the direction is tight and spot-on. There is a scene that happens late in the film that looks incredibly dangerous but is shot so well that we find out later that the scene was done with complete safety and no one got hurt.

Many disaster films had huge all-star casts and since Two-Minute Warning is really close to being a disaster film, it too has a big all-star cast. Charlton Heston (who was also in Earthquake), John Cassavetes, Martin Balsam, Beau Bridges, Jack Klugman, and Gena Rowlands are among the many names in the film. The film does a great job of giving the big and small names enough screen time for us to get to know the characters. Sure, the characters are the most fleshed out characters, but this is the type of film that doesn’t need to give us too much.

As I was reading up on the film, I read Roger Ebert’s review. He gave the film one star (for those who don’t know, Ebert has a rating scale of zero stars all the way up to four stars.), so clearly he didn’t like the film. He complained that the film doesn’t give us anything about the shooter. I thought that was the point of the film. Evil is not something that can be clearly defined. The film is a thriller and that is what it does: thrill. Sure, the violence is ugly and nasty, but that is also the point. I find it kind of funny that two years later Ebert would give John Carpenter’s Halloween, a slasher film (he hates slasher films even more than he hated this film) four stars and thought that not knowing too much about the killer was one of the best things about the film. Maybe Two-Minute Warning was a little too real for Ebert.

Two Minute Warning is a good film, but it is not for everyone. In this day and age, the film seems more timely than ever. I found the film to be energetic and tense. We don't know what is going to happen and that is always a good thing.

The disc, from Shout! Factory is really nice. The picture and audio are both great and the special features, while not numerous, are interesting even for the TV version alone. I would recommend this film to 70's film lovers and to those that want to see a good film. 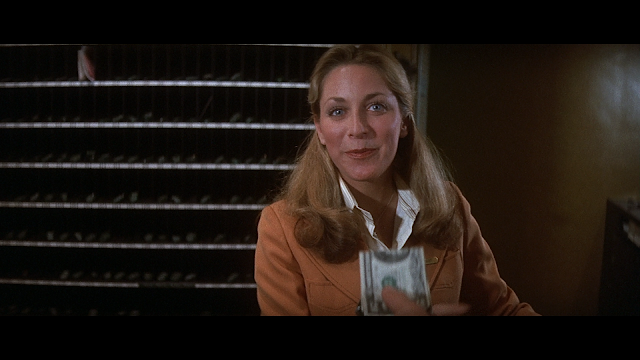 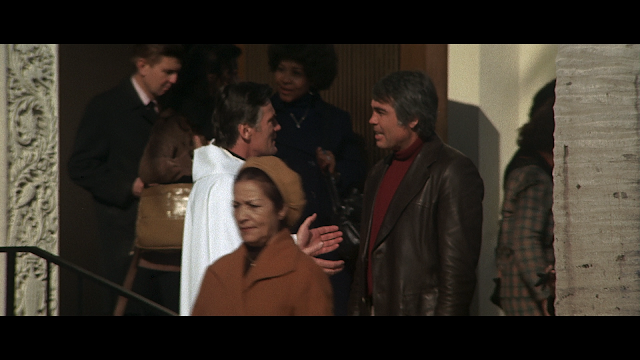 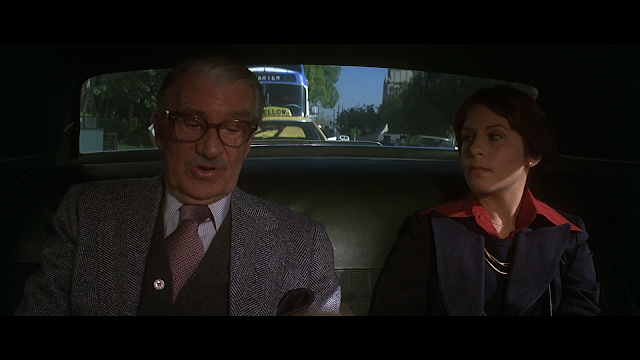 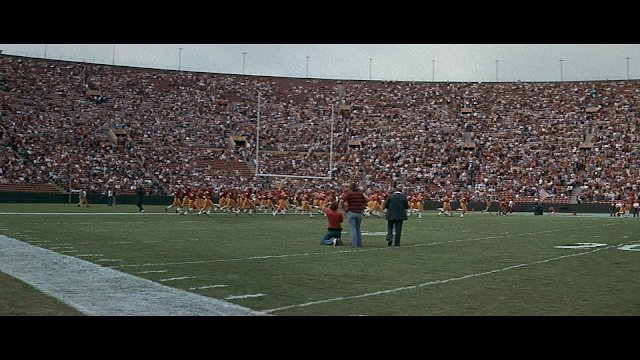 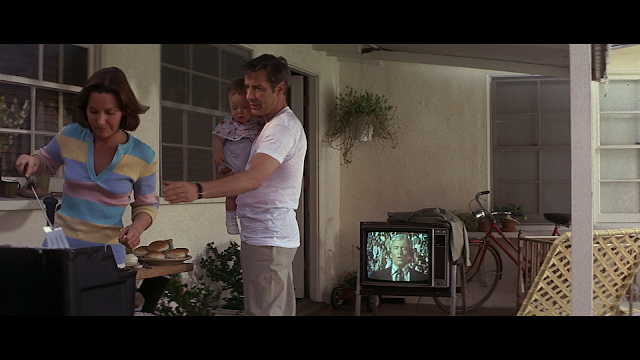 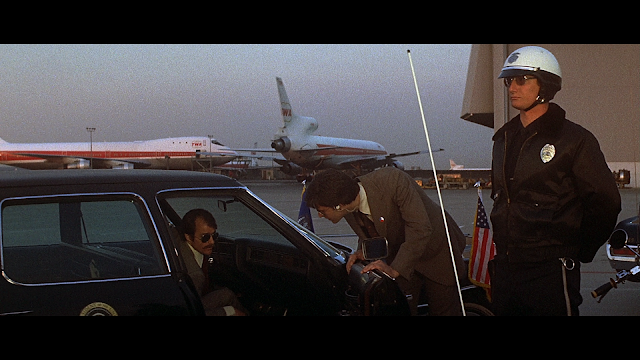 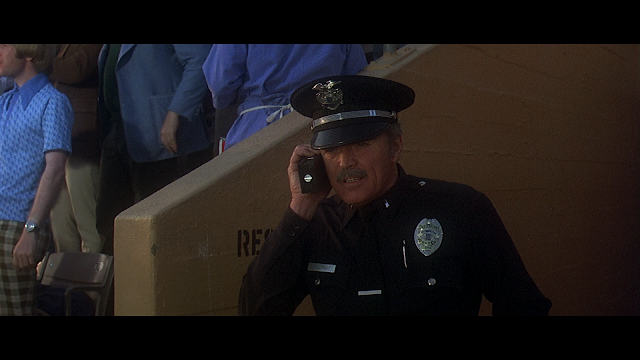 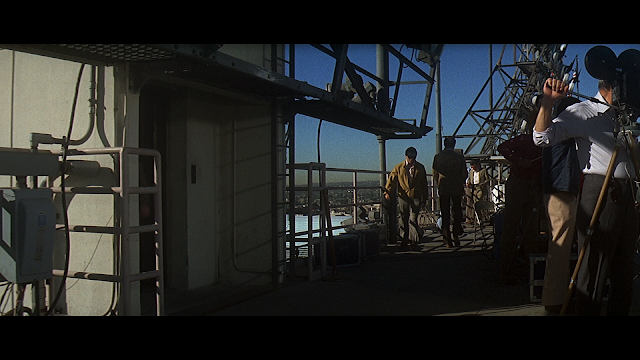 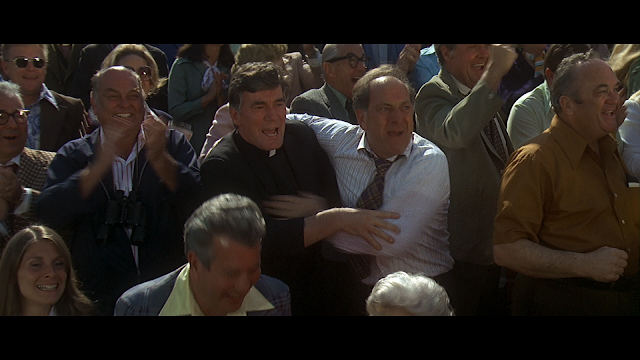 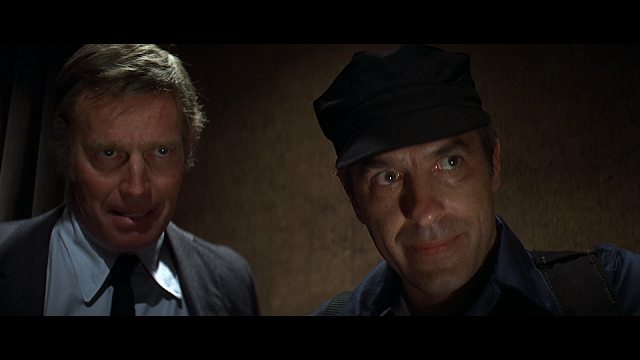 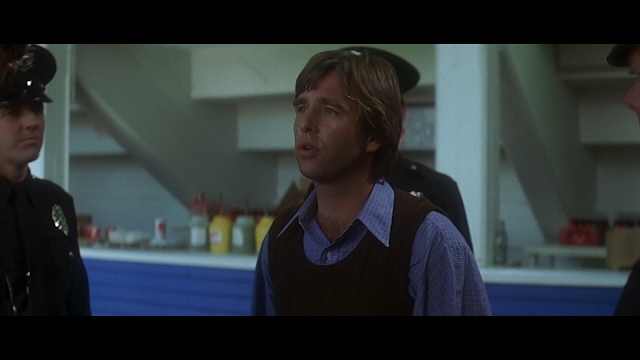 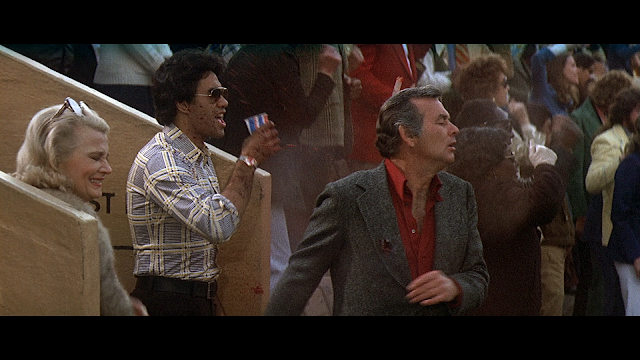 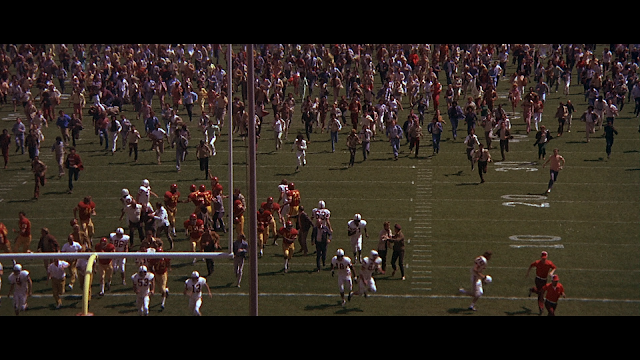 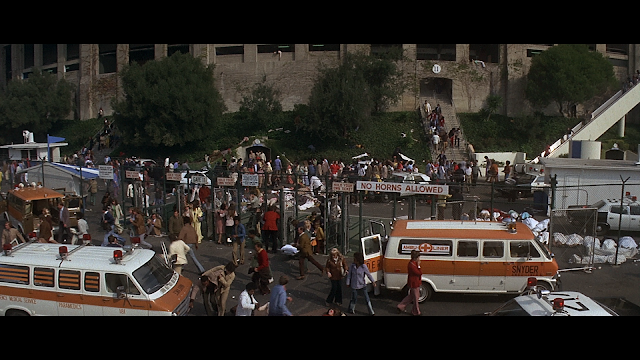