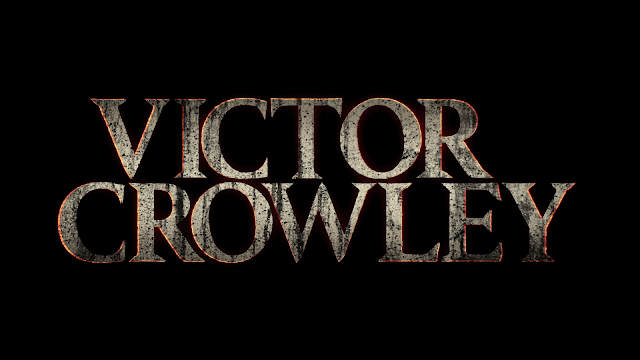 Adam Green surprised horror fans everywhere when he unveiled a brand new Hatchet film at a 10th Anniversary screening for the first film. Does the new film live up to the original or should it have stayed dead? 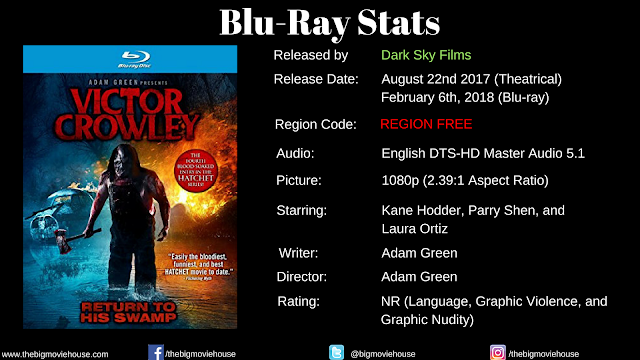 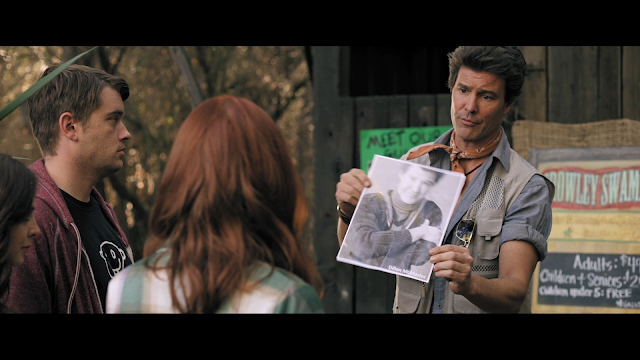 A pleasant surprise, an actual making of for a brand new film. This doesn’t happen as much as it used to, so it is always nice when it does happen. Starting with the first day of filming and going all the way to the famed Arclight premiere, this just over an hour long making of covers everything that we need to know about the film, all the while watching actors constantly mugging for the camera.

Adam Green sits down for this interview that covers much of the same ground as the aforementioned making of and the two audio commentaries talked about later. The George Romero story is told again, Green also talks about why he cast each of the actors in the film and why he didn’t work with his longtime associate Will Barratt. This can be skipped if you have watched all of the other special features.

Victor Crowley comes to us from Dark Sky Films, which part of MPI. 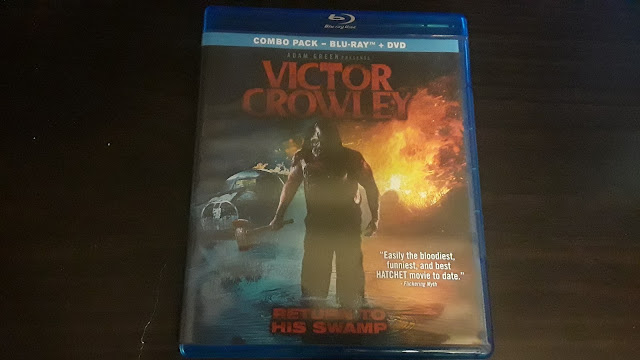 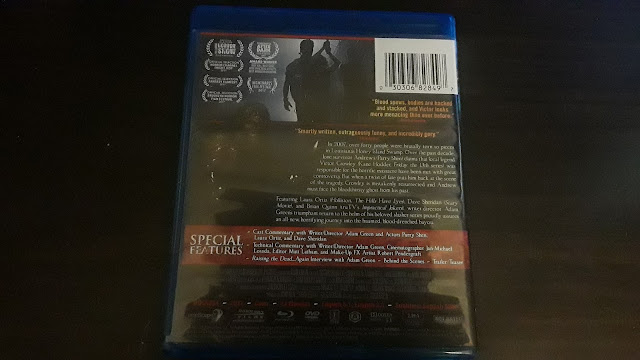 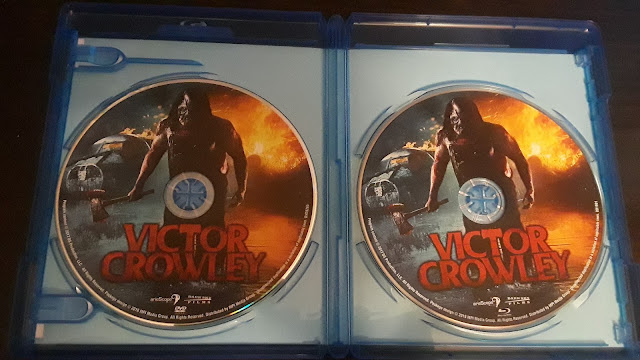 The blu-ray is REGION FREE and the dvd is REGION 1. 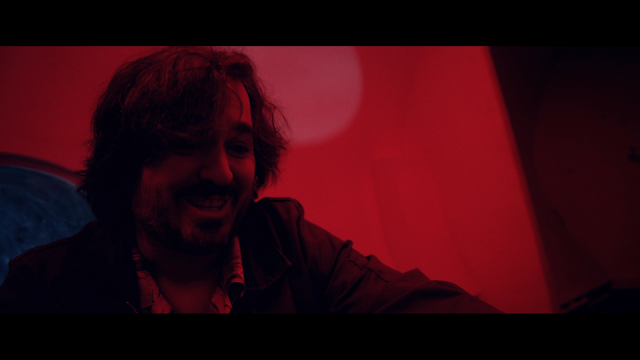 Being as this is a new film, Victory Crowley looks really good. Detail is good in any shot and the blacks are deep and rich. Colors look great as do skin tones. The blood does look great in HD. 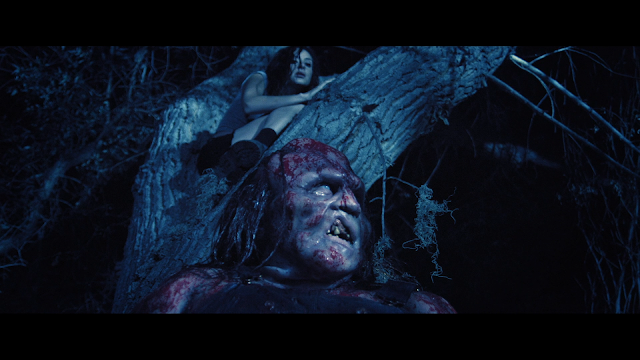 Victor Crowley sounds great. The 5.1 DTS-HD Master Audio track really puts the surround to good use. The effects and the score all sound great and there are a few moments in the film that will have you jumping out of your seat. Dialogue is also crisp and clear. 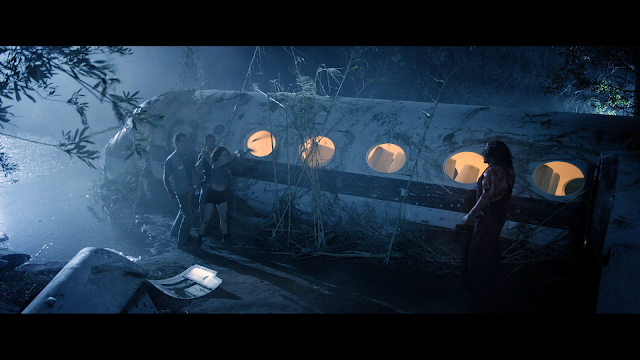 In 2007, forty-nine people were brutally torn to pieces in Louisiana’s Honey Island Swamp. Over the past decade, lone survivor Andrew Yong’s claims that local legend Victor Crowley was responsible for the horrific massacre have been met with great controversy, but when a twist of fate puts him back at the scene of the tragedy, Crowley is mistakenly resurrected and Yong must face the bloodthirsty ghost from his past.


Back in August of 2017 (a long time ago, I know), Adam Green held a screening for the 10th Anniversary of Hatchet. What the attendants didn’t know is that was that Green was actually going to screen a film that no one even knew that he made: Victor Crowley.

Everyone in theater lost their shit. How was Green able to make a film like this without ANYONE, especially those in the horror community, knowing about it? No matter what anyone thinks about the film, shooting a film in secret and then showing it to an unsuspecting audience, is something that has rarely ever been done. So, this achievement is a pretty big one in the film world and nothing can take that away from Green.

Now that that is out of the way…

The first thing that you will notice is that the film has a lot more comedy in it than anyone that other films in the series. The film opens up in 1964 with a couple sitting in a rowboat in the swamp. The man makes a tasteless joke about Patsy Cline and the song “Falling to Pieces” that just doesn’t fit the film and is a terrible way to show what kind of comedy is going to be in your film. (I am not above tasteless comedy, but the joke the guy makes is not something that someone would have said in the 60’s.) The man then goes to propose to the girl (what a catch that guy) and she begins to cry in the most unbelievable way I have ever seen someone cry. This could have been funny, but Green just can’t find the way to present this joke and it goes on forever. Happily, this couple is killed and the film starts out proper.

Green sets up his characters in the most mundane and boring way possible and then we are off to the races… Or so we think. Once the characters enter a plane, most of those characters don’t make it off the plane. The plane is there so that the character that Parry Shen plays can look over the swamp and do what tv producers down: rape a story for all its worth. The plane crashes and the survivors can get out of the plane, but decide to stay in when they find out that Victor Crowley is real. Crowley kills off the characters one by one and then the film ends the way that the others do: in mid scene.

The second thing that you will notice is how cheap the film looks. There are some scenes that look pretty good, but the majority of the film looks like it was shot on a consumer grade camera instead of professional equipment.

The effects also look cheap. The make-up done up for Crowley looks good, but the rest of the effects look like they were done by first-timers who didn’t really know what they were doing. The blood looks good, but the fake heads,, especially, look horrible and stand out from the other effects. Again, I know that this film shot on a low budget, but I’ll bet that some of this could have been done better.

The film does have its fans, though. All of the horror websites, like Bloody Disgusting and Dread Central have gushed over how much they love the film, and I can’t fault anyone who likes this film, that is their thing, but I do have to wonder if seeing the film with a crowd would have changed my opinion. I don’t think it would have made me love the film, but I wonder if I would have liked the film more if I had been there at that first screening. I remember seeing a sold-out screening of My Name Is Bruce back in the day. The film was funny and the crowd was eating it up. When the film hit the home video market, I bought it because of how much I loved in the theater. I then watched the film with a disappointment in my heart. While the film was still pretty good, it lost a lot of its luster. I think that seeing the film with a crowd acting boosted my enjoyment of the film. I didn’t have that crowd when I watched it at home and I think that the film just wasn’t that good to begin with. The crowd made the film better.

At end of the day, though, I was just not impressed with Victory Crowley. I think that doing the film that Green did it was not the best way to do it. Green has said that after part three he was done with the series. I still think that he is. As much as he wants to say it, I don’t think that his heart was in this film. I think that the made the film because he knew that he was going to have to eventually anyway. I wish that he had written a better script and that he put more thought into the kills. None of them are that memorable and the gore seems like an afterthought. I really wanted to like this film, but I just couldn’t.

The Film3
The Picture9
The Sound8
The Features8
The Packaging8

Victory Crowley is not a good film. It feels like it was rushed and not really even complete. I can apprechiate what Green was trying to do, but in the end he mad the worst type of slasher film out there: a boring one. The only time the film ever comes to life is when Crowley is on screen which is not that much. The film could have benefitted from another rewrite or a completely new script. It is a shame because I like the Hatchet series.

The blu-ray, from Dark Sky Films, is way better than the film deserves. The picture and sound quality are fantastic and there are some worthwhile special features to be found. The special features do get repetitive, with the same stories being told over and over, but if you can get through those, then you'll love the disc.
6
Overall Score 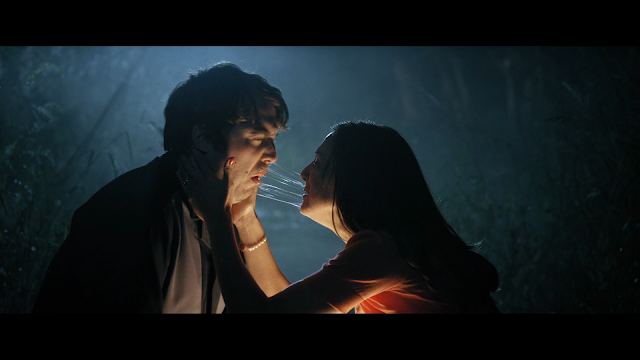 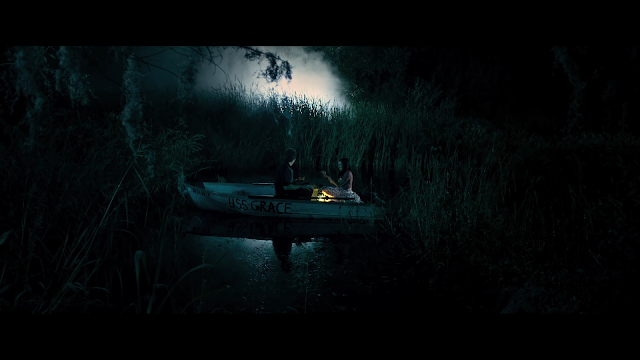 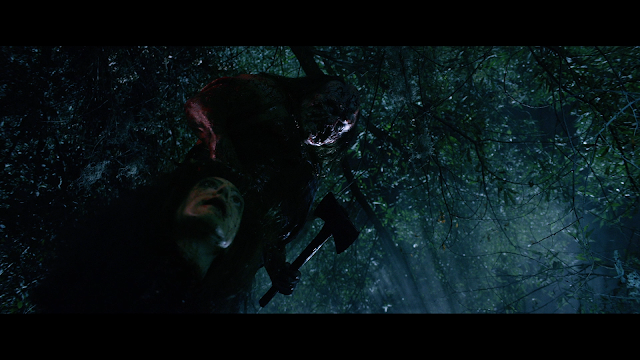 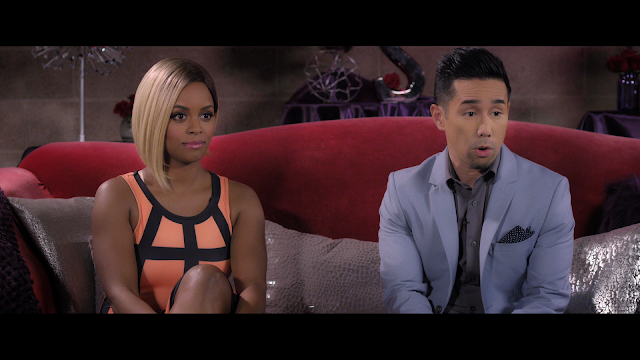 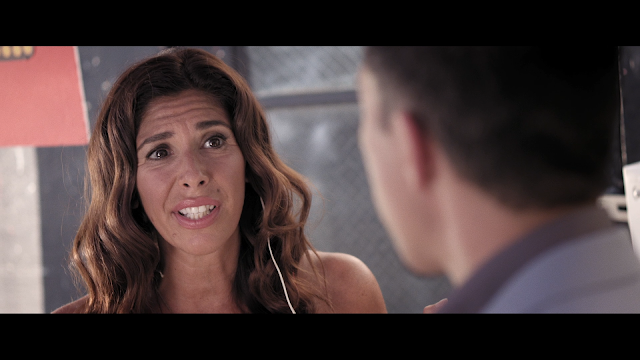 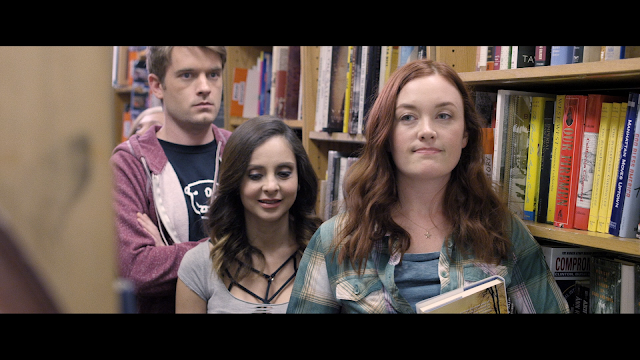 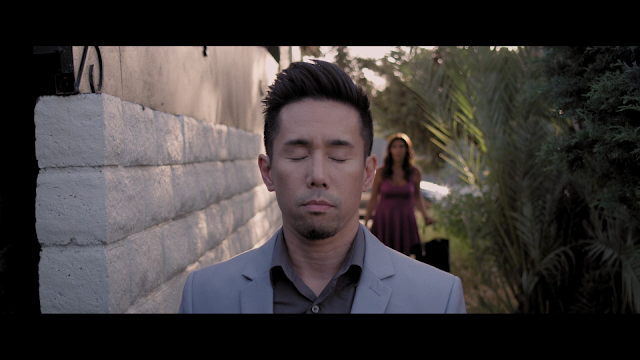 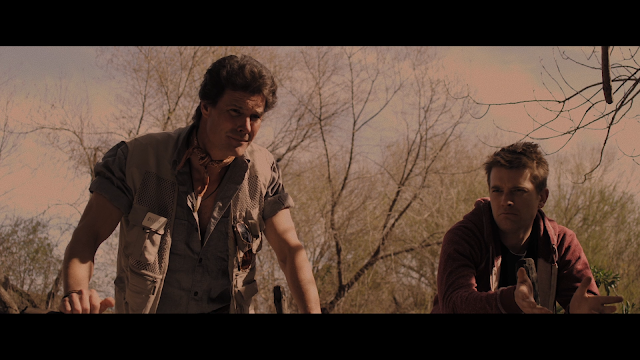 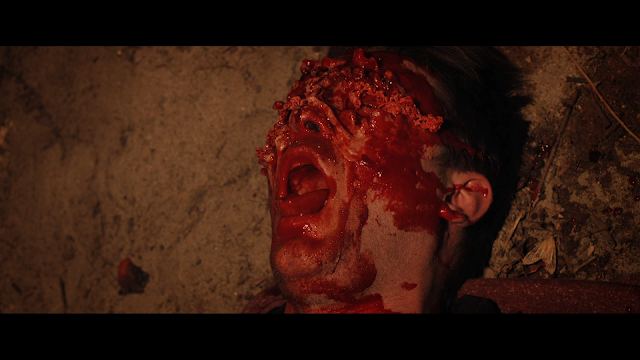 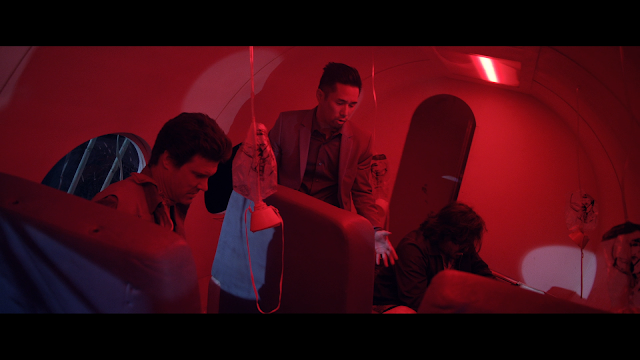 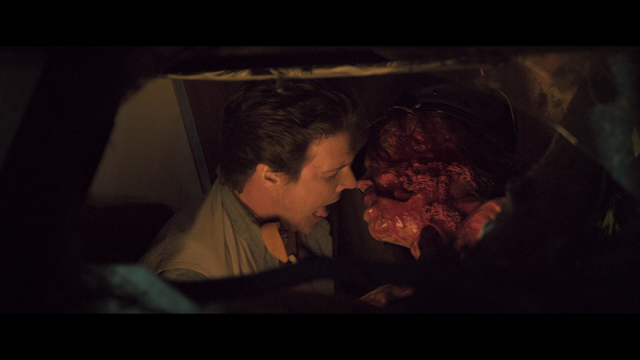