Children of the Corn: Runaway Heads to DVD and Blu-ray this March 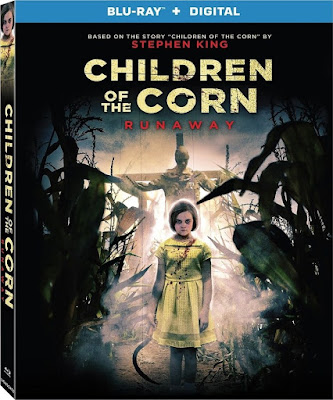 Lionsgate has announced that they will be bringing the much-delayed Children of the Corn: Runaway to DVD, Blu-ray, and Digital HD on March 13th.

Children of the Corn: Runaway tells the story of young, pregnant Ruth, who escapes a murderous child cult in a small Midwestern town. She spends the next decade living anonymously in an attempt to spare her son the horrors that she experienced as a child. Ruth and her son end up in a small Oklahoma town, but something is following her. Now, she must confront this evil or lose her child.

The Children of the Corn series has always been an elusive series for me. Every film has something that I like about it, but the film as a whole does nothing for me. Reading the plot synopsis of this one makes me think that this could be a good film. Either way, I am sure that there will be fans of this film just like there are fans of the other films.