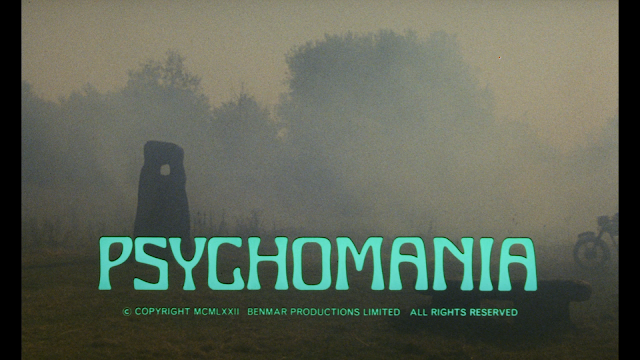 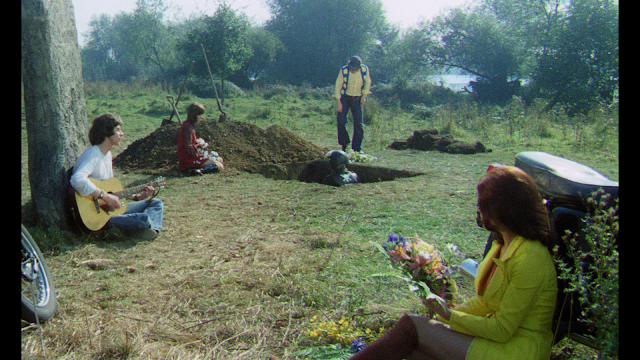 This is taken from the old Severin release.

Interview with composer John Cameron. Also from the Severin disc.

Newly commissioned interview with Derek Harris, the owner of Lewis Leathers, Britain’s oldest British motorcycle clothing company and providers of the biker clothing worn by The Living Dead in Psychomania

A short featurette showing how Psychomania

was restored from the film’s original 35mm black and white separation masters.

The special features presented here are ok at best. It seems that there are a lot of fans of this film, so they will get a kick out of the features. Me, on the other hand, didn’t like the film, so the features  were a slog to get through. The one feature that caught my eye was the “Restoring Psychomania

”. I was curious to see how they were able to make the film look as good as it does. Unfortunately, this feature runs under two minutes. I really wanted more than what they gave us.

These features are really for fans only. 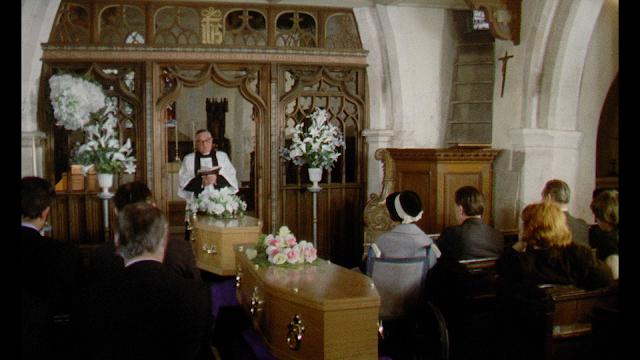 I can not review the packaging as I was sent a screener of this film. Knowing Arrow, however, I can tell you that the release will come in the Arrow standard 14mm case, holding both the dvd and blu-ray copies of the film. The artwork with be reversible, with new artwork by the Twins of Evil and the original theatrical poster on the other side. Also included will be a booklet containing writing from Vic Pratt, William Fowler, and Andrew Roberts. 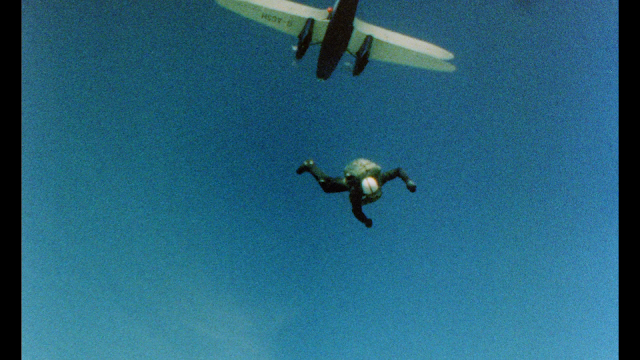 Arrow has always provided us with the best transfers and Psychomania

joins that list. This is a great looking transfer. I wasn’t sure at first because the footage at the beginning of the film is good, but not great, as it is b-roll footage for the opening credits. Once we get into the film proper, we get to see how the transfer is going to really look. There is a nice layer of grain which gives the film that old time feel. The film is not a great looking film and this transfer definitely shows that (but that is not a bad thing). There are scenes where the color flickers and I thought that there was something really wrong with the transfer. It was only when I saw the restoring featurette that I realized what was going on. If you are a fan of the film then you will love this transfer. 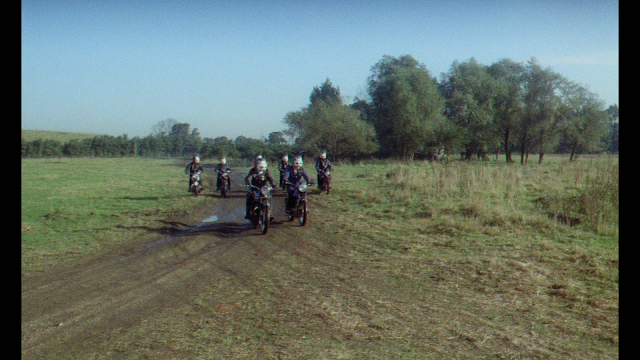 The mono soundtrack provided here is really nice. Dialogue is clean and clear and there is no overlap or distortion. Of course the film isn’t effects heavy so the track doesn’t get much of a workout, but that is how the film was made. 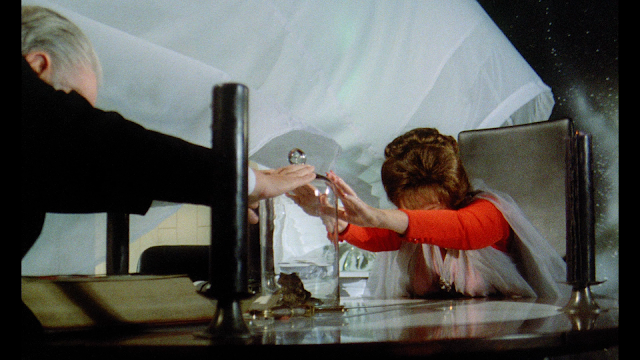 As I was watching this film one thought kept crawling through my head: Who is this film made for? In the press materials for the blu-ray, there is talk about “zombie bikers”. This got me excited. I have never seen a film where there is a gang of zombie bikers. What would they do. Can they even drive?
The answers came pretty fast and I was more than disappointed.

The film is about a biker gang called The Living Dead who roam the streets of southern England, annoying people and causing havoc. The leader of the gang, Tom (Nicky Henson) finds out from his Satanist mother (Beryl Reid) that one can come back from the dead if they really believe that they can. I am not making that up. This is probably one of the dumbest things I have ever heard.

Tom gets the idea that he wants to be able to live forever by dying. Ok, that is the dumbest thing I have heard.  Anyways, Tom crashes his bike and gets thrown off of a bridge and dies. After his buries him (in a grave that isn’t deep enough to cover his head) Tom comes back. He tells his gang the secret to everlasting life-death and the gang starts killing themselves.

The problem that I had with the film is that it isn’t very good. The film is competently made and the acting is ok, but the story is lame and doesn’t really go anywhere. The things that the gang does when they come back are laughable. Sure, they kill a few people (I think), but the climax of the film is the gang driving through a grocery store and inconveniencing people for a little bit. Seriously. The gang doesn’t do anything worse than when they were alive.

The film isn’t all bad though. The stunts are pretty impressive and there are a good number of them too. There are some chase sequences that could have benefitted from the POV shots, but they were ok too.

So, who is this film made for? I asked that question at the beginning of this review and when I was watching the film, but I can not come up with a good answer. I guess fans of Easy Rider would like the film, but even they might find it boring. It isn’t a horror film like it is made out to be, so I honestly have no idea who would like this film and that is a bad sign for any film. 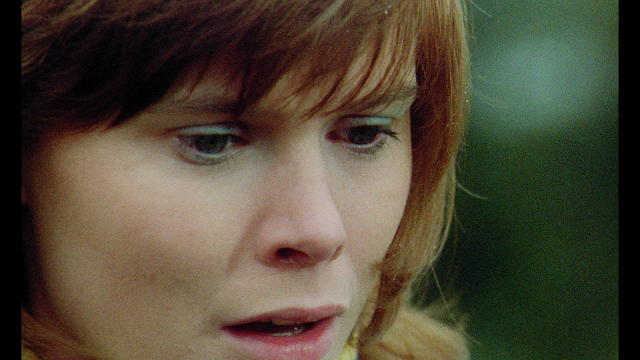 While I didn’t like the film, I am sure that there are plenty of fans and this disc will be to their liking. The picture quality is outstanding and the sound is good too. I was not taken by the special features, but they are there for fans of the film. I usually would recommend this film to someone, but this time I can’t think of anyone who would like the film. Arrow did a good job with the film, I just wish that they had used their skills on a better film. 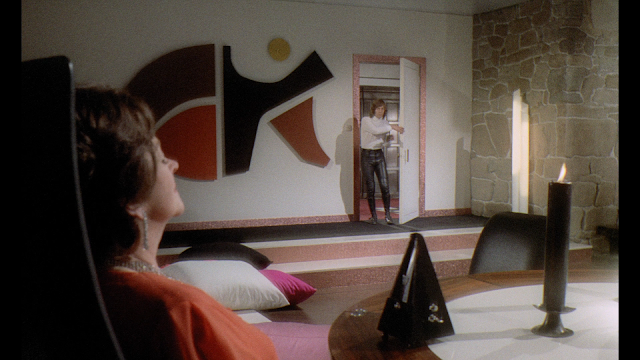 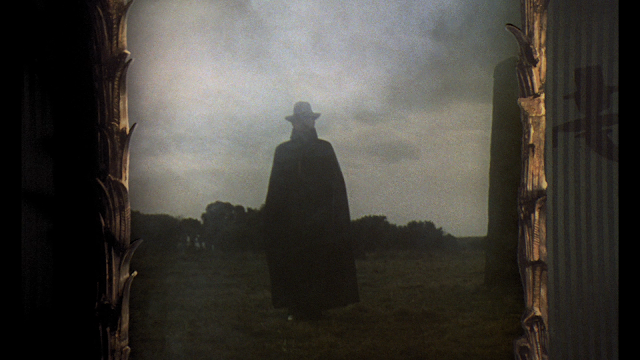 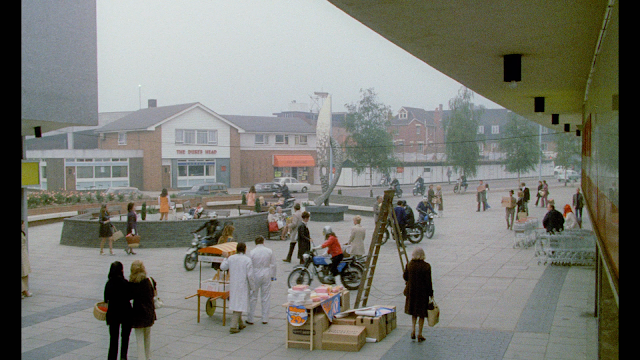 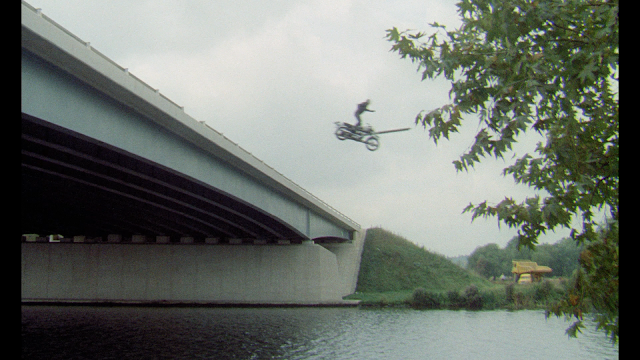 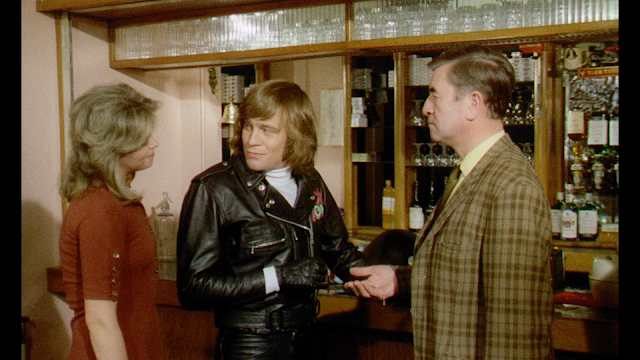 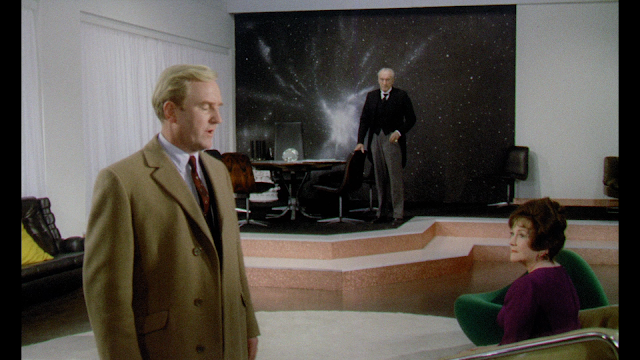 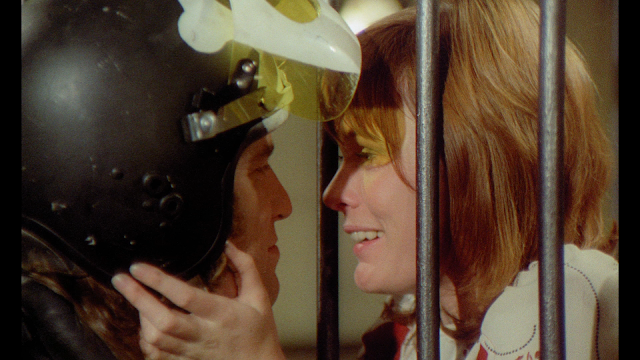 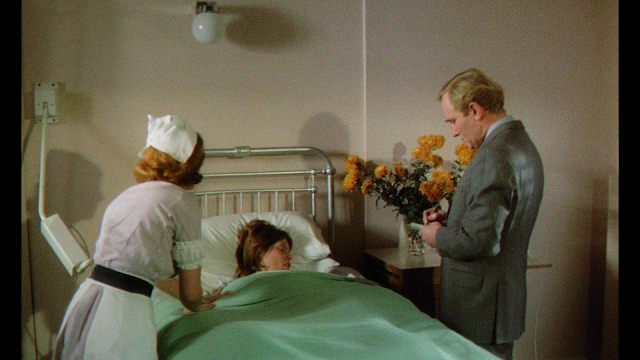 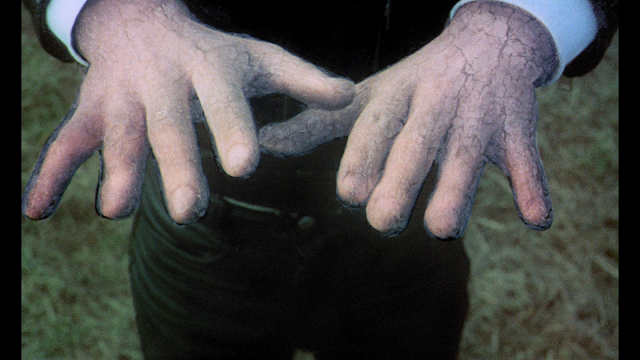