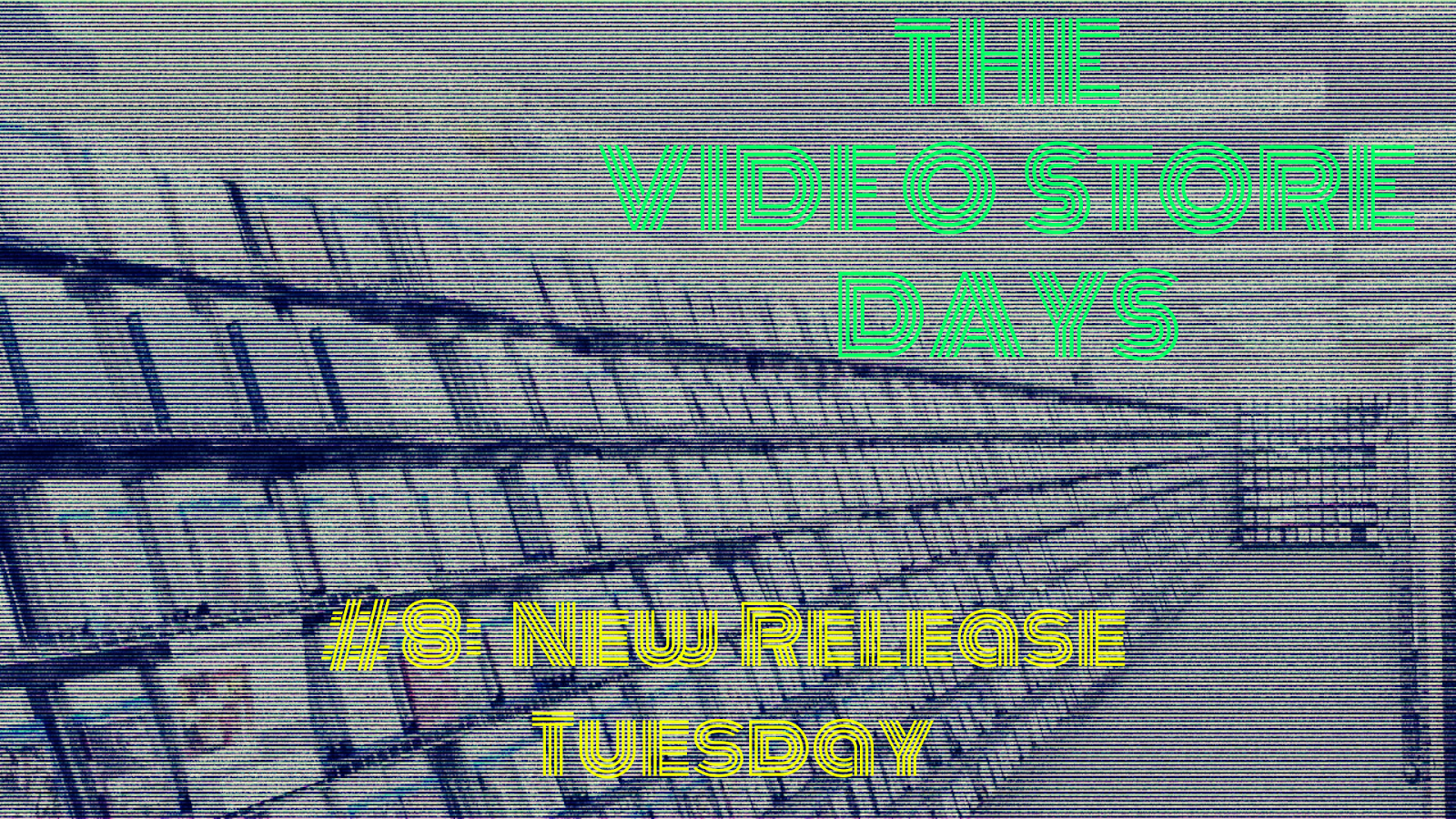 Tuesdays were a special day for those who frequented their local video stores as Tuesdays were New Release Day. Every Tuesday, come rain or shine, the video store would open up and have some welcome, and some not so welcome, additions to their new release wall. These new releases ranged from a theatrical hit finally making its way to home video to the latest straight to video action film starring a washed-up actor just trying to make a living. There was usually a bit of everything every Tuesday. 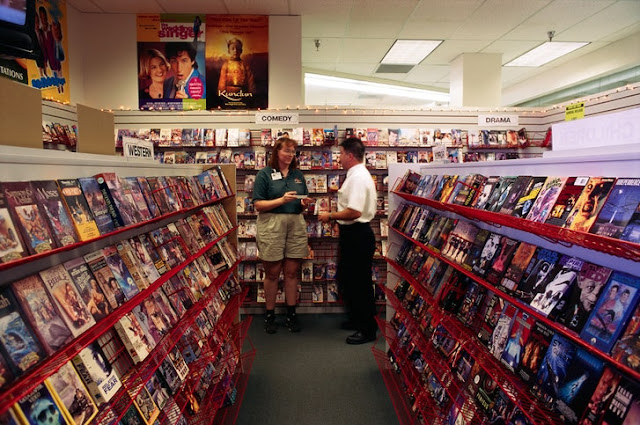 I always had a plan for getting the films that I wanted to see. If a film was without a rating, then there was a good chance that a video store like Blockbuster or Hollywood Video would probably not get it due to their policies towards films without ratings. This is one of the reasons that Full Moon Entertainment and other smaller companies had to get an MPAA rating of “R” or below in order to get their tapes into the big chain video stores. Some smaller companies like Troma found it increasingly difficult to get their films an “R” rating because the MPAA is notorious for not giving two shits about independent companies getting the rating they needed. They viewed companies like Troma as burdens on their establishment. This is a story for another day, though.

So, I would go to my local mom and pop shop for the unrated films. I also knew that the chain stores have more copies of the popular films, so it was a safe bet that going to one of those stores would net you the bigger films. Anything released by a major studio was bound to have more copies at a chain store than a mom and pop. You might luck out and get everything at one store, but that wasn’t a reliable strategy. Going to multiple video stores was the key to success. 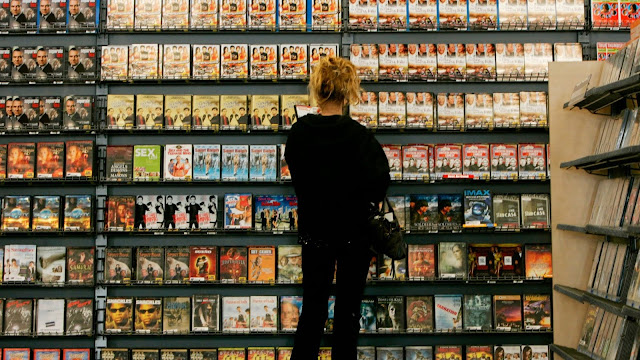 Now, there were other people who thought the way I did. These people would be waiting outside the video store in order to be the first ones through the door when ten o’clock hit. They would have a list of the films being released that week and they were good at getting the first dibs. There was one time when the elderly couple who always staked out the best waiting spot had problems. The husband had a heart attack right before the doors were to open. Instead of having his wife wait by his side waiting for the paramedics to arrive, the husband told his wife to grab everything that she could off the list and to make sure that she got the right candy for their viewings later that day. This man was a true badass and I had great respect for him. He knew what was important.

After getting whatever was released that week, the time would come to actually watch the films that I had rented. I would usually rent between three to six films every Tuesday depending on what was released that week, so my plate was always full. Most of these rentals would be one day rentals as they were new unless they were rented at Hollywood Video which gave you five days on everything. I would always watch one of my most wanted rentals first and save another wanted one until the end, just in case, there was some crap in the middle. Always have to go out on a good note. 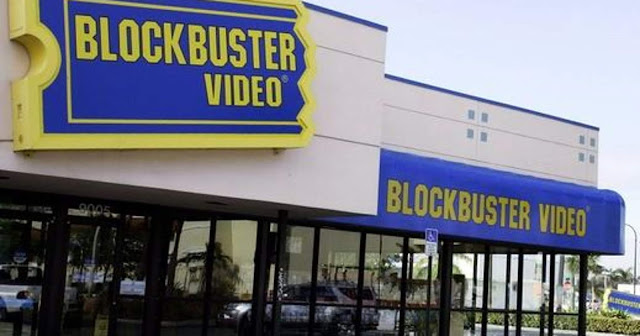 The films that I rented always came from a variety of studios. I usually rented the big films from the major studios, but there was always a Full Moon, Trimark, PM Entertainment, Live Entertainment, and Troma. I was always on the lookout for any film that looked good to me and I usually never discriminate against any one company. Finding the right combination of these different factors was always a treat. One of my most favorite finds during The Video Store Days was STONE COLD with Brian Bosworth and Lance Henriksen which I will cover at a later date.

The thing with watching any film on VHS is that there would always be a ton of previews for films coming to your local video store. Most people would fast forward through these but I took this time to find out about films that I may have never heard of. The smaller video companies were always so good about giving you enough previews to get you excited for the next two months about what was coming from them. 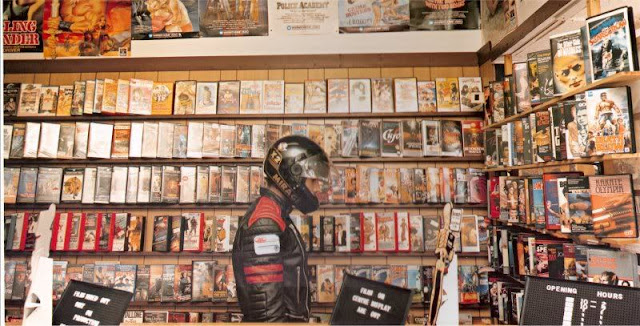 Watching a film on VHS was both a blessing and a curse. It was so nice to be able to watch whatever you wanted in the privacy of your own home, in your terms. If you didn't like a film, you could just turn it off and return it. There wasn’t much commitment if you didn’t want to put in the time. It was a curse because you had to sacrifice quality for comfort. Going to the movies was a big deal. Seeing a movie on the big screen is still something that hasn’t been matched. Sometimes a film wouldn’t play in your area and VHS was the only way to see it. You wouldn’t be able to see the film in widescreen, so the sides of the picture would be cut off and the sound wasn’t that great, but you got the film and that is what mattered.

There were plenty of films that I saw on VHS because there was no other way to see it. We would get re-releases from time to time, but that was usually a Disney film that we had already seen before. Every once in awhile we would get a smaller film at our local theater, but most of the time it was VHS that saved the day.

I will cover widescreen and the panning and scanning of films in a different article, but I will say that it was long until I realized that something wasn’t right with some of the films when viewed on VHS. You could tell with the films that were shot in a wider aspect ratio. There is a film called MULTIPLICITY with Michael Keaton that suffers terribly from pan and scan. The film is about a man who clones himself because his life is too hectic. Eventually, his clone makes a clone and then another. At one time there are four Michael Keatons on screen and this is where the widescreen frame played a factor as it put all four Michael Keatons on screen at one time. Nothing like this had been done before, and if you saw the film in the theater, then you were seeing history in the making. If you watched the film on VHS, then you were not seeing history. The panning and scanning is so bad that you can’t really tell what is going on.

The one thing that people can say about VHS that is negative is the returning of the films to the video store. This may seem like a pain in the ass now, but back then it wasn’t really that big of a deal. Most of us lived very close to video stores so the drive up there and back was five to ten minutes tops. The lure of going in to see what they have was pretty high. High enough to not allow me to go with to return the films. Other than there really wasn’t too much work with renting films. 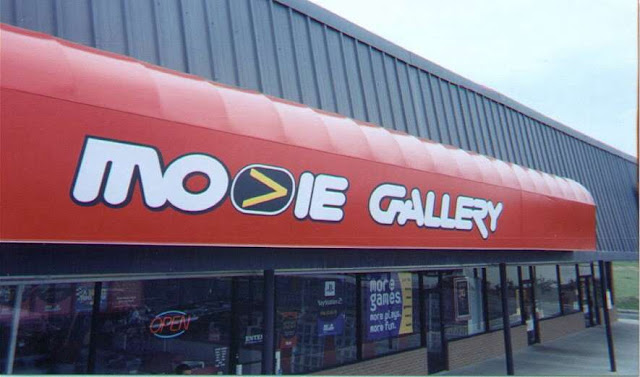 New Release Tuesday is still a thing today. Every Tuesday has something coming out and it always a joy to go to the last video store we have around here and see what they got. Going to Best Buy and Target used to be a big deal, but with everything switching over to online is killing the in-store experience. Back then, going to the video store when they opened to try and get what you were looking for was always fun and is something that I will cherish until the day I die.