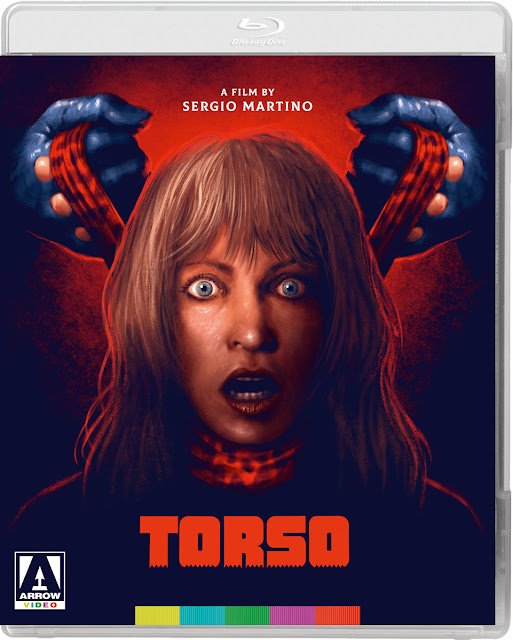 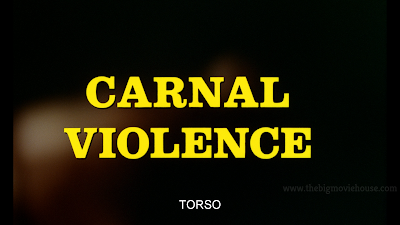 
In Perugia, a serial-killer is strangling college students. Inspector Martino is in charge of the investigation and has a black and red scarf as the only lead to be followed. He asks the scarf street vendor Gianni Tomasso if he recalls who might have bought the scarf, but the man tells that he cannot remember. Then Gianni blackmails the killer and becomes his next victim. Meanwhile, the college students and girlfriends Jane, Daniela, Katia, and Ursula travel to an isolated villa to spend a couple of days together during a break from the art history classes of their professor Franz that has befriended Jane. When Jane twists her ankle, Dr. Roberto is summoned and asks her to rest. The student Stefano Vanzi stalks Daniela since he is obsessed for her. Are the girls in danger in the villa? Who might be the killer?


I was looking forward to Torso. I had never seen it but had always heard about it. People who recommended it to me would say things like “It’s like nothing you’ve seen before” and “This is a real giallo”. I am always looking for new giallo so I decided to give the film a shot. To say that I was disappointed would be about right.

The film only gets sleazier from there. The killer kills mostly women, as is usual in giallo, but this time they will rip open the shirt of the victim, molest them a bit and then poke their eyes out. I have no problem with, mind you, but it is something to bring up about the film. The problem with the kills is they are really the only interesting things that happen during the first two-thirds of the film. It just seems like we are watching characters being introduced just to be killed off to obtain a higher death count. Slasher movies would do this too and I don’t really have a problem with this except that we don’t really get to know anyone outside of a few characters. Everyone else is just victim fodder. 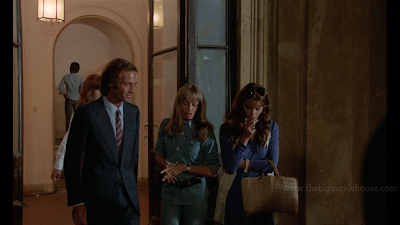 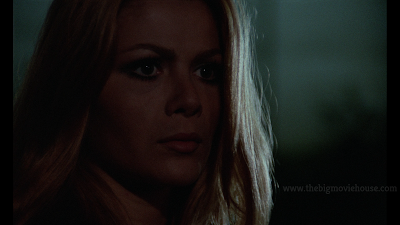 The last third of the film, however, turn the film up quite a few notches. The main girl and some of her friends go to a villa in the country to get away from the madness and to stay alive. Once the girls get to the villa the film seems to become a completely different film. The film becomes more of a cat and mouse type film as the “final girl, but not final girl”, tries to stay away from the killer as he stalks around. I am not really going to talk about this section too much as a lot happens and it would ruin the genuine surprises that happen. We’ll just say that the film gets so much better in this final third that we have to wonder why the whole film wasn’t as good as this section. I have a feeling it has to do with the lack of sex and onscreen violence that is on display during this section. You got to get butts in the seats with boobs and blood.

Torso isn’t a bad film as much as it is a letdown. The director, Sergio Martino has made other good giallo. The Case of the Scorpion’s Tail and All the Colors of the Dark are both really entries in the giallo genre. They do stick to conventions though and that may be why I like them better than Torso. It may also be that we don’t really have any characters here that we care about. The gore and sleaze are top notch, but the film could have been a lot better. 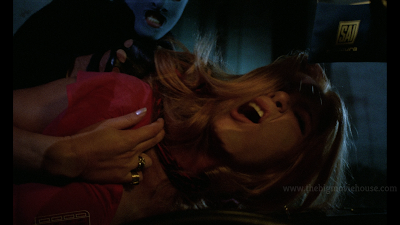 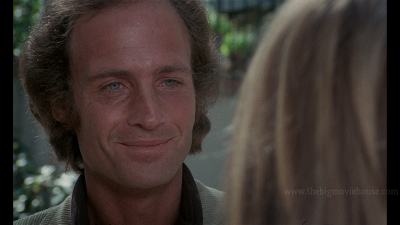 THE PICTURE and THE SOUND

Torso looks great. Coming from a brand new 2K scan of the film’s original camera negative, Torso has never looked better. After watching the film, I got a hold of some of the other releases of Torso throughout the last twenty years and this is the version to get. Detail is nice as there is a nice layer of grain which means that there was no digital manipulation done here (which Arrow usually doesn’t do anyway). Colors are nice with the red of the blood and the scarf popping out a bit more than other colors. Skin tones are accurate and blacks are nice and deep. The sound comes to us in the form of an Italian LPCM Mono track and an English LPCM mono track. Both tracks sound great and I honestly couldn’t really pick one over the other. Sometimes different language tracks will have differences in them because of the time they were recorded, where they were recorded, etc, but here both tracks sound very much alike, just with different languages spoken.

There are also English subtitles for those who need or want them. 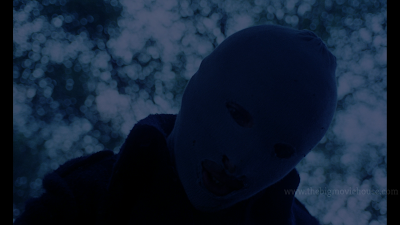 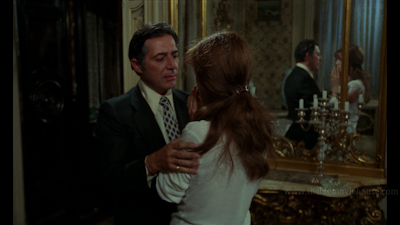 I can not comment on the packaging as I was sent a screener for review purposes. I can say that the packaging will have a booklet and reversible artwork as per usual with Arrow. 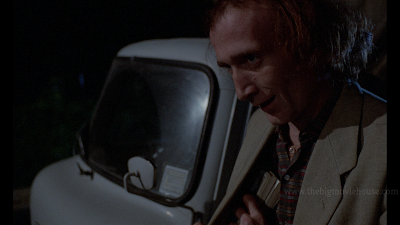 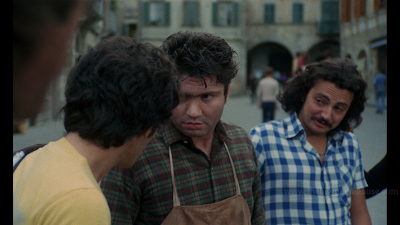 
I love that Arrow included all the different versions of Torso from over the years. Of course, the Italian version is fully uncut as is the Hybrid version which is just an English dub over the Italian version of the film. The two English versions are interesting. The “Carnal Violence” version is the version that English speaking countries outside of the U.S. got. The violence has been cut down as have some dialogue scenes. The “Torso” version is the one that we got here in the States and it includes a credit sequence that was created by the film’s U.S. distributor, Joseph Brenner Associates. The inclusion of all the different versions of the film provides fans with a way to spot the differences between the versions and to see what was cut out of the Italian version of the film.

All the Colors of Terror (34m 2s, HD) New interview with co-writer and director Sergio Martino, recorded exclusively for Arrow Video in 2018. 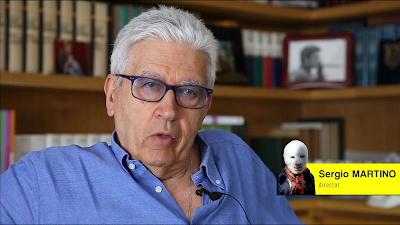 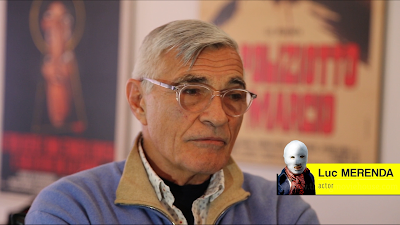 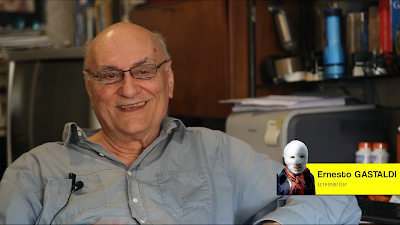 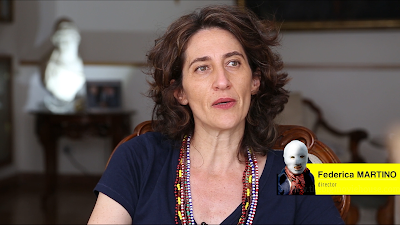 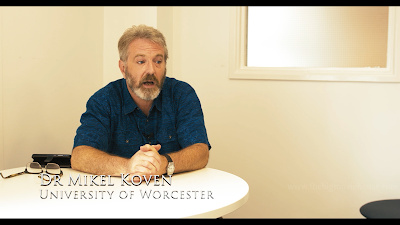 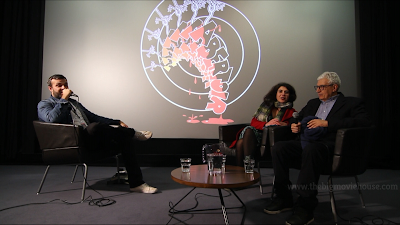 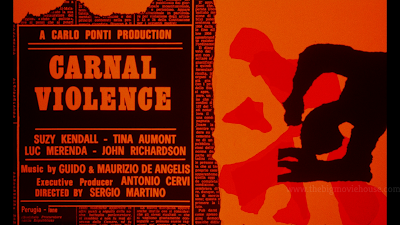 The commentary is the standout of this package even though everything here is worth at least one watch. Ellinger has been one of my favorite commentators for a while now and she breaks the film down and dissects it without boring the audience. The interviews with the filmmakers are also really good. The interview with Koven is also a highlight. He talks about the film, where it stands amongst other giallo and relates the film to American and Candian slasher films. All in all, this is a nice package for fans of the film and giallo in general. 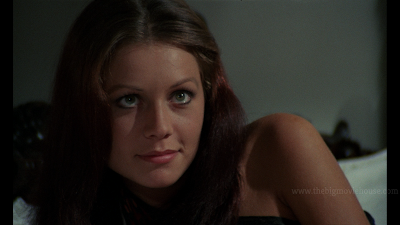 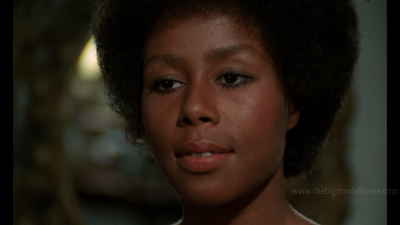 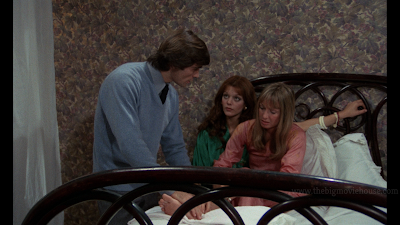 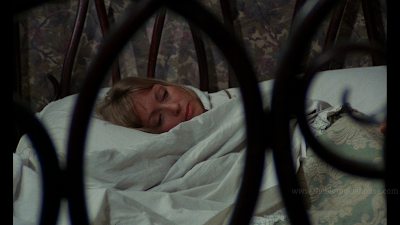 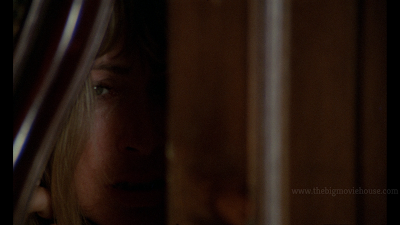 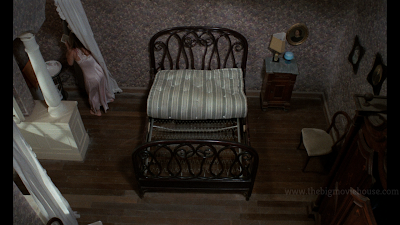 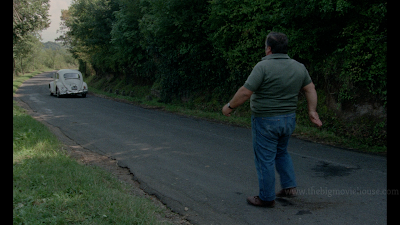 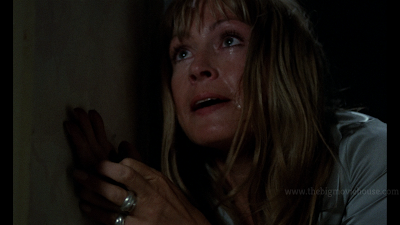 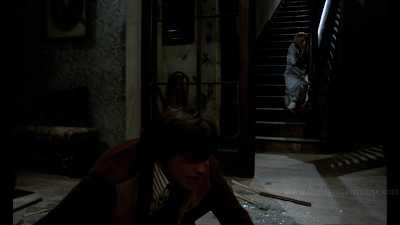